The world is full of forests: immense green fields with plenty of trees where you can reconnect with the environment, finding peace and tranquillity. Are you a nature lover? Let’s discover together the top 15 most beautiful forests of the world to surround yourself with nature!

This is a very evocative forest located in Germany, in the region of Baden-Württemberg. Its typical trees are the black firs. Since Roman times, this forest used to intimidate people because of its thick vegetation, which doesn’t allow light to penetrate. Therefore, it is the perfect place for those who love a darker atmosphere. 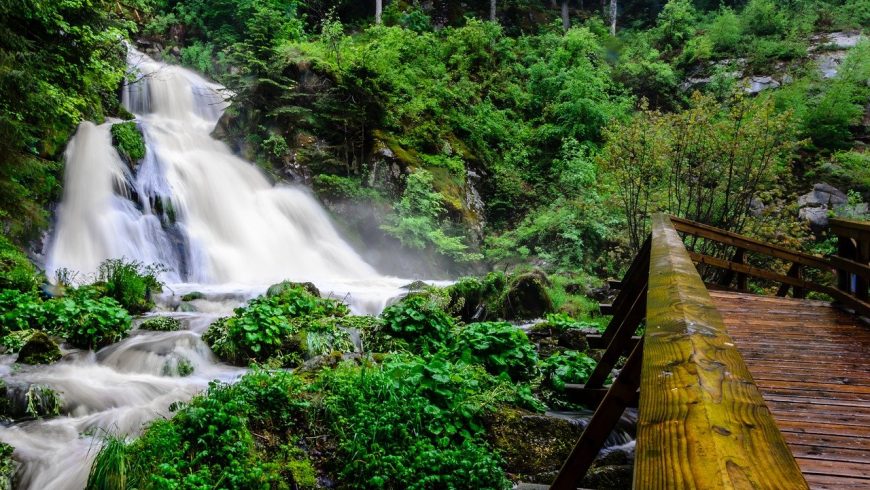 Unlike the previous one, this wood is a work of art. It’s situated on the island of Maui, in Hawaii, and is rich with Rainbow Eucalyptus trees. In fact, their special feature is their colorful stem. When the cortex dries it comes off, producing different shades. The result is a rainbow stem: a natural masterpiece. 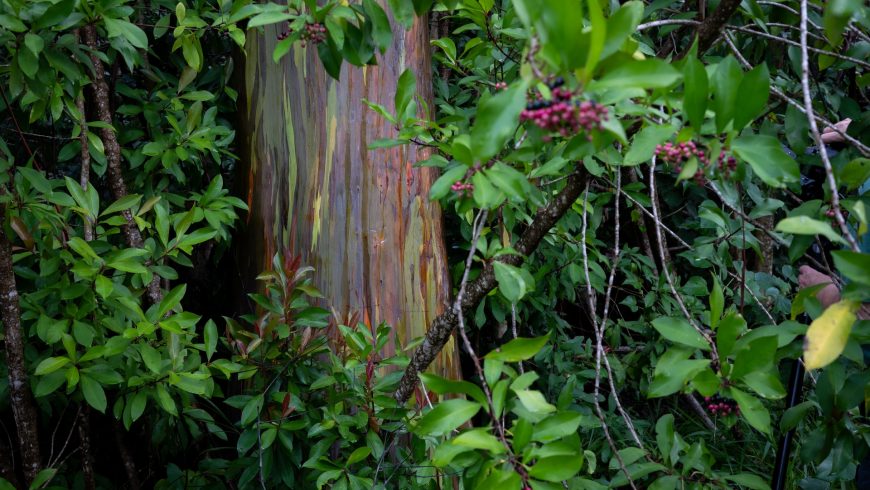 The Forests of the Dolomites

In the region of Trentino-Alto Adige, in Italy, there are enormous forests of larches among the mountains, of the Dolomites. These fields cover different valleys of the area. For example, one of the most breathtaking scenarios is Lake Braies, where you will have the chance to take a relaxing walk immersing yourself in the mountain nature. 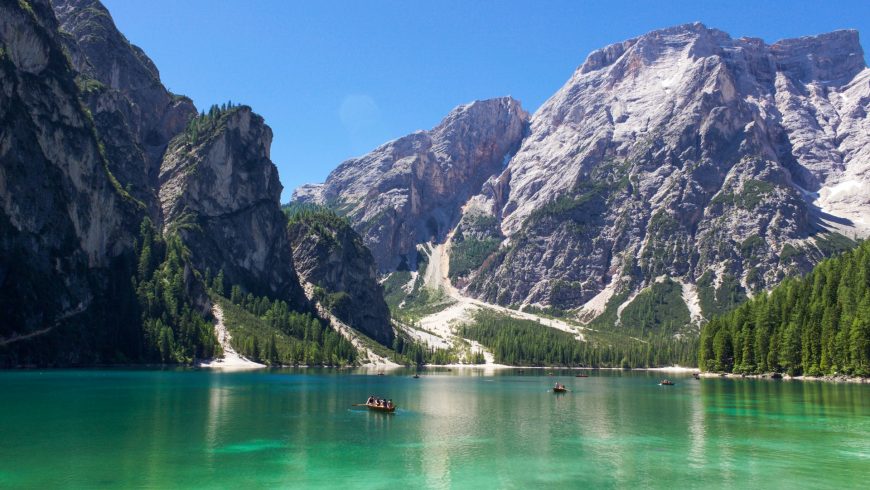 The Submerged Forest of Lake Kaindy

In Kazakistan you will discover a submerged forest. It’s a wood that emerges from the water of Lake Kaindy, which means “falling rocks”. This forest was born because of a landslide that made the ground sink into a valley. Later, it was filled with the water of the river, creating a lake where spruce arise. 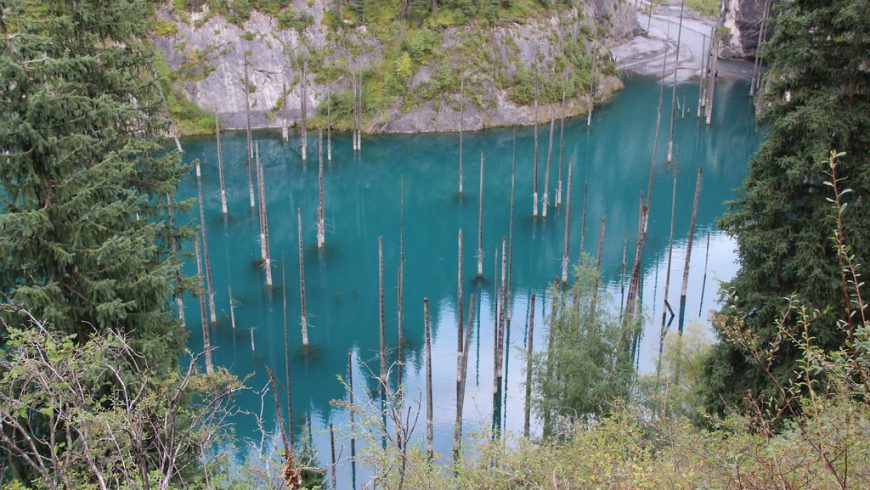 This wood is located in Arashiyama, in Japan. It’s a thick forest with really high trees and there are many paths where you can walk. The leaves produce an incredible sound, thanks to the wind that passes through the bamboo. Indeed, this forest has been included among the 100 Japanese soundscapes by the Ministry of the Environment of the country. Moreover, here you can find historical buildings and monuments, where Japanese emperors used to take refuge. 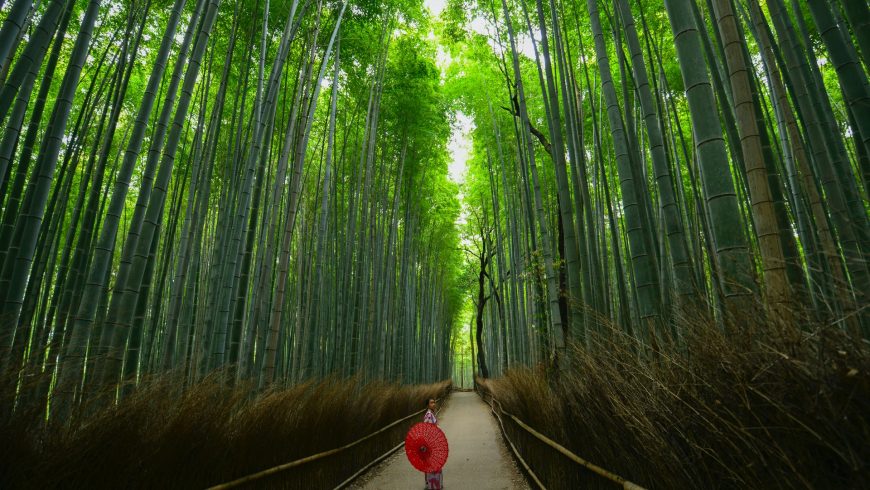 This forest is situated in Italy, precisely in Apulia: the name, in fact, doesn’t refer to the region, but to the shadow created by the trees. It is located in the Gargano National Park and it consists of ancient beeches that, since 2017, are part of UNESCO heritage. 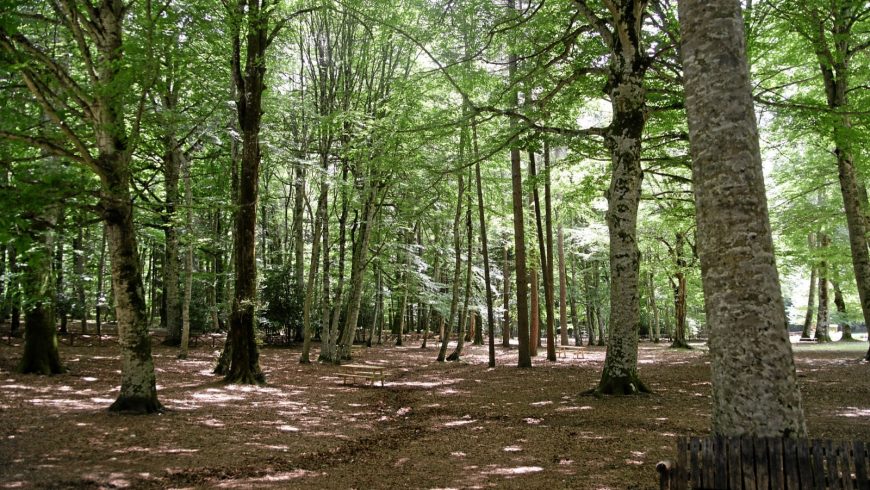 It’s a rainforest located in the Olympic National Park, in Washington. It’s one of the biggest and most fascinating temperate forests in the United States and here you can find two kinds of spruce: the western hemlock and the Sitka spruce. There are also other types of trees, like maple trees and poplars. Then, this is the ideal forest to surround yourself with many different plants. 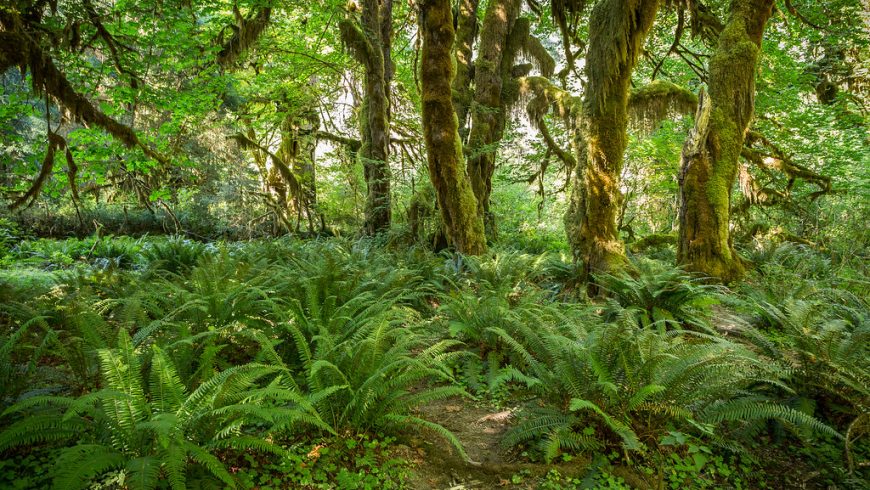 This wood is situated in north-central England, along the Pennines. It’s a perfect place to take a walk, in fact, there are numerous itineraries to follow, in order not to lose yourself inside the huge area. It’s one of the most visited natural parks in Europe and its characteristics are the wide fields of ash trees. If you want a mysterious atmosphere, we suggest visiting this forest during winter, when it is covered with fog. 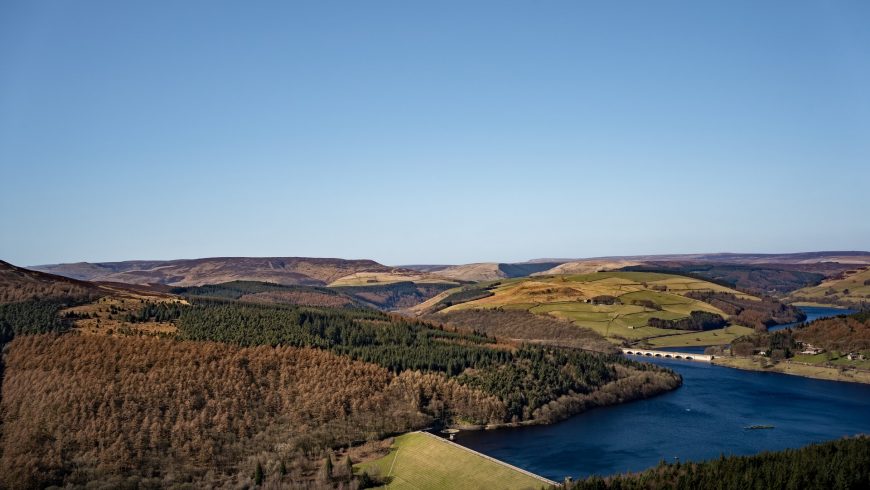 Also known as “Forest of Knives“, this is located in the Tsingy nature reserve, in Madagascar. It is characterized by trees placed on very sharp limestone rocks, with a pinnacle shape. In 1990 the forest became part of UNESCO heritage: you will be enchanted by these natural cathedrals inhabited by lemurs. 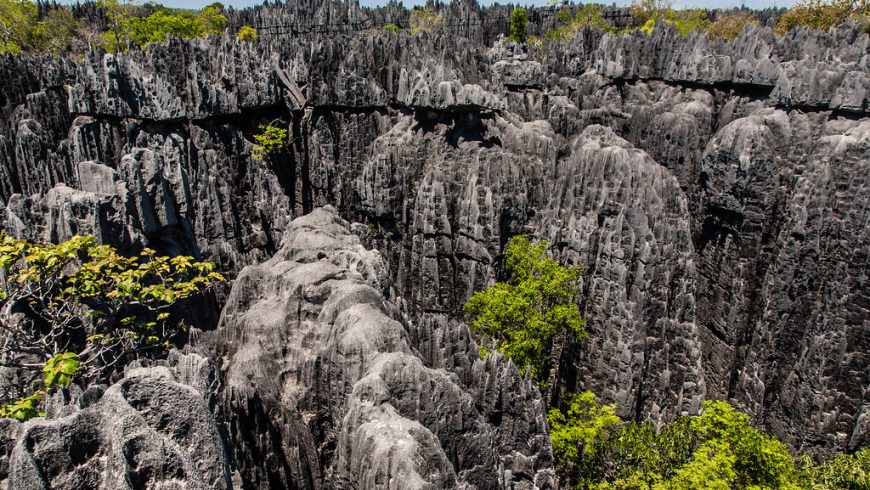 Situated in Bali, Indonesia, everything has a symbolic meaning in this forest, from the trees and the temples to the macaques. It is a renowned place of worship for Hinduism. It is surrounded by a forest of 12,5 hectares, which consists of 190 species of trees. 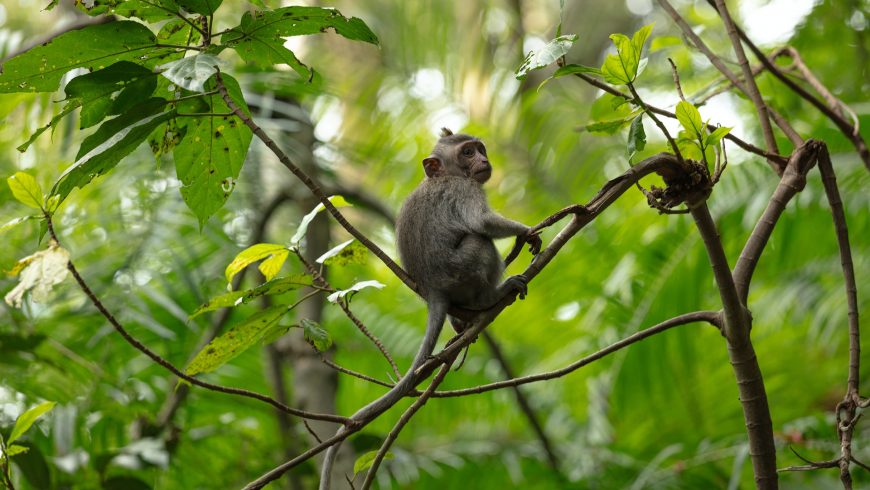 This reserve situated in Costa Rica, along the Cordillera de Tilarán, is a stunning rainforest. It is the ideal environment to totally immerse yourself in the unspoiled natures, among streams full of fish and many birds of different colors. 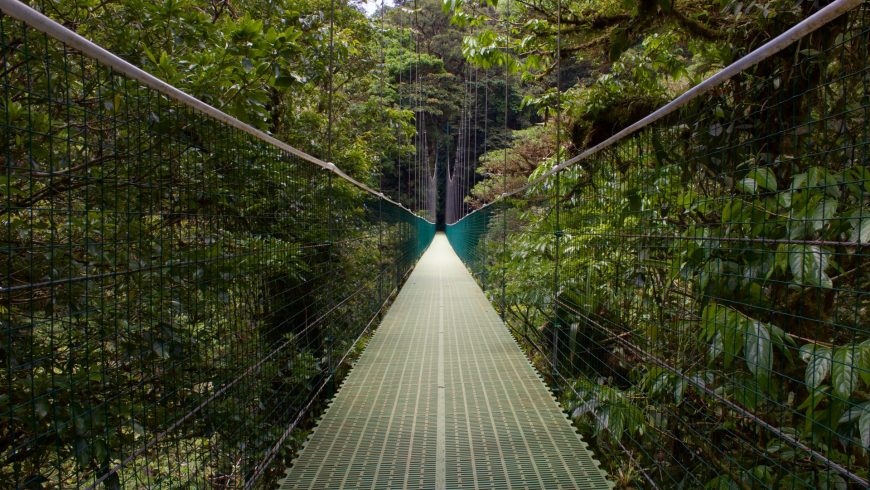 This forest is in Socotra, an island of the Indian Ocean, off the coast of Somalia, and it is a very particular landscape. What characterizes it are the various examples of Dracaena cinnabari, or “dragon blood trees“: they have this name because of the bright red color of the resin. These trees, typical of the location, have a crown that looks like a reversed umbrella and they can resist harsh territories. 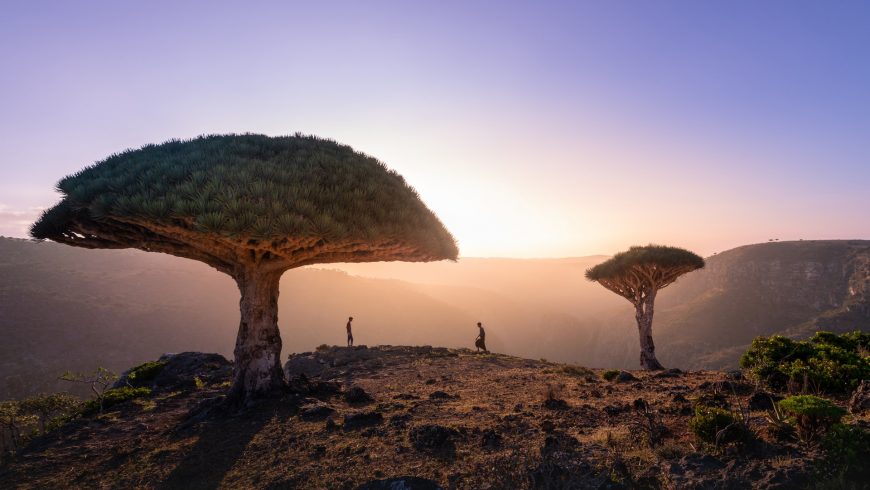 This wood is located among the mountains of the Sierra Nevada, in the Sequoia National Park of the United States. As you can guess by the name, here there are many enormous redwood trees, the biggest trees in the world. In addition, in this forest, you can find some of the biggest trees in the world, like General Sherman, an example which is around 2500 years old and is almost 84 meters high, with a weight of about 1900 tons. 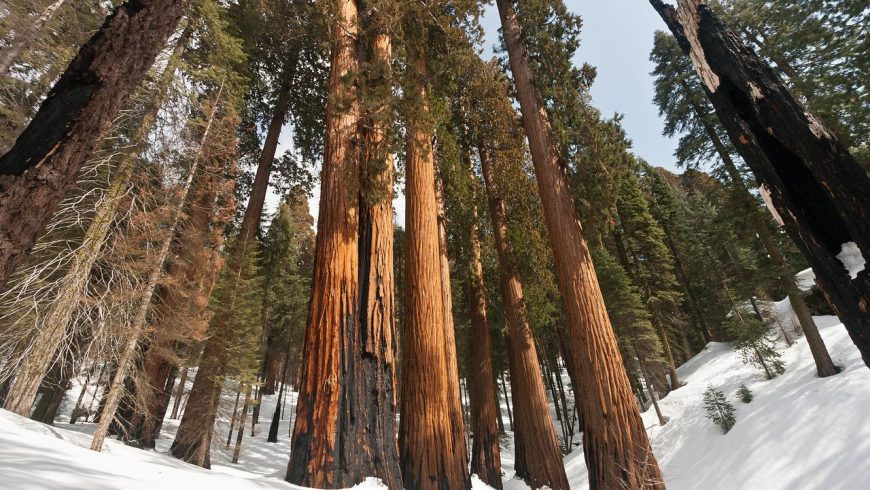 Situated in central Africa, this country hosts the largest rainforest after Amazonia. The only human presence here consists of the indigenous people, who kept historical traditions, always remaining in contact with the surrounding nature. You will have the opportunity to discover numerous animal species and an amazing canyon that overlooks the ocean. 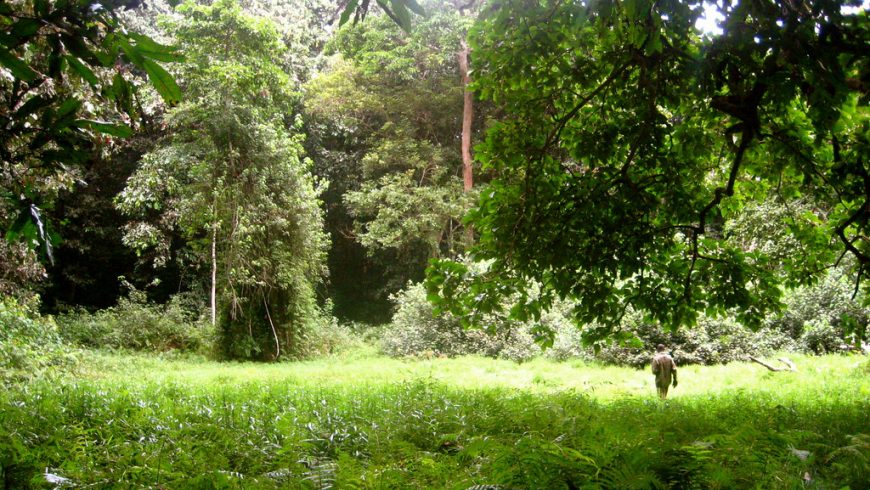 The name of this forest means “sea of trees” and it’s a field of 35 square kilometers, at the foot of Mount Fuji, in Japan. Here you can find ice caves, igneous rocks, and luxuriant vegetation. Moreover, there are lots of particular plants, like the Japanese oak, the Snow Flower, and Tsuga sieboldii. 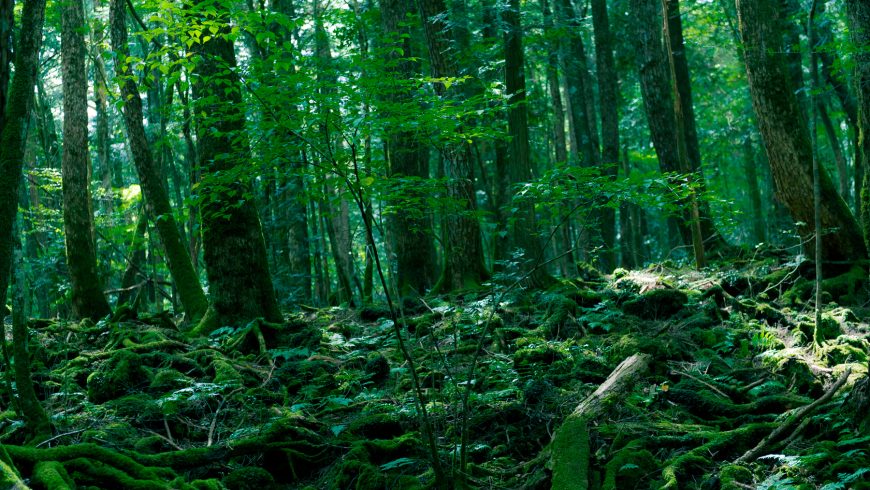 In other words, there is no shortage of forests to visit in the world. What are you waiting for? Go and explore one of these fantastic green spots and immerse yourself in their unspoiled nature. 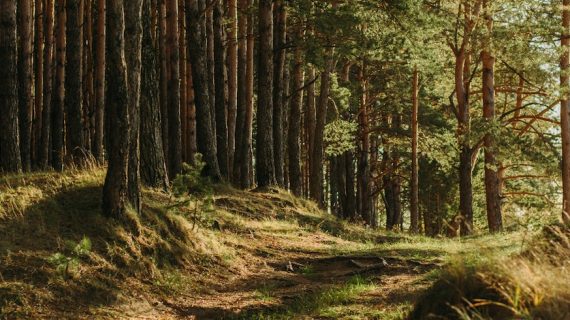 Nature can be our ally, even when it doesn’t seem to be. We have often talked about the benefits of forests, and scientific studies that show that nature is not only pleasant to have but also essential for our physical health and our cognitive functions are more and more. And they tell us that nature […] 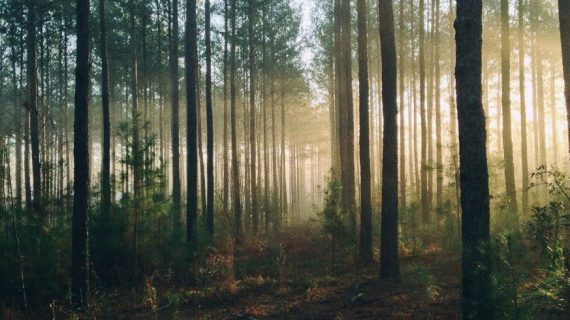 Forests absorb a large amount of carbon in a way that is clearly superior to other terrestrial ecosystems. So, forests could represent a solution to mitigate climate change, which has been afflicting our planet for a long time, and to which there is still no solution. Can we really consider forests the solution or are we just […] 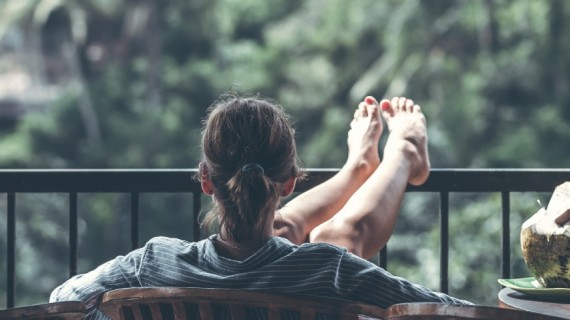 2 Hours per week immersed in Nature to stay Healthy. Certified by Scientific Studies

The remedy for everyday stress is just around the corner. 2 hours per week surrounded by nature are enough to stay healthy. It is evidenced by scientific research of the University of Exeter, in England. The results of this important research, financed from British public health, were published in the magazine Scientific Reports. “Everybody knows […] 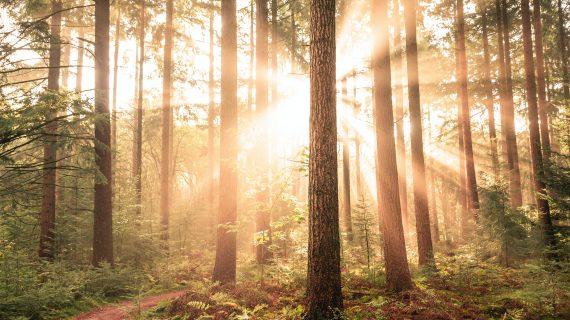 Sustainable forest management is a necessary condition to mitigate climate change; however, it is not sufficient. In order for forests to help stabilize the climate, further measures are needed, including the expansion of forest land, the reduction of deforestation, and governmental commitments. What is the problem? Earth is presently facing the destructive effects of global […]