The road toward climate neutrality within 2050 will not be easy. According to Bill Gates, it would be humanity’s biggest achievement. Let’s find out the reasons together.

Currently, we release in the atmosphere 51 billion tons of CO2 per year; the goal is 0 emissions. In his book “How to avoid a climate disaster” Microsoft’s founder tries to outline the road toward this ambitious target, regarded from the author as much harder compared to eradicating COVID-19, in which there are some commons points: both those targets need international cooperation and science’s contribution. But, differently from COVID-19, climate change depends on multiple factors and a vaccine will not be enough to bring emissions to zero.

The five main fields responsible of greenhouse gases are:

For each of those fields, there are ecologic alternatives that are currently developing or not as cheap as the techniques or materials used at the present. Mr. Gates talks about Green Premium which is the additional charge to pay to use those non-polluting technologies.

It is necessary to invest more in the research & development of those innovations to produce them on a large scale so that, followed by a large demand, they can close the price gap with their pollutant substitutes.

To let it happen, governmental policies play a crucial role because they have to possibility to introduce a pollutant tax and incentives for the zero-emissions alternative.

Have a clear goal

Be careful, we are talking about non-polluting alternatives and not less polluting.

The target is to bring the greenhouse emissions to zero and to reach that we need to focus our efforts on technologies and products with zero emissions.

Some energy sources alternative to fossil fuels – like natural gasses – even if able to reduce emissions, cannot zero them. This could even be against the climate neutrality target: some technologies require huge machinery that needs decades to obtain the return of investments made and so, if built today, they will still be active in 2050.

Considering our current addiction to fossil fuels, a transition like this has never been made in only 30 years.

In fact, it is known that adopting new energy sources takes a lot of time, as it is possible to see in the following graph showing the major energy sources’ share of global supply.

In the past, we got past a source to another because it was cheaper and more powerful, but now the transition is imposed from climate needs. That means that if on one hand we are moved from environmental, ethical, and social reasons in doing this transition as fast as possible, on the other hand the market prevents it.

Do not leave anyone behind

Photo by Free-Photos via Pixabay

And once again, even in climate change, the developing countries and in particular Africa and South Asia are the more penalized: even if they are not at fault, they are the ones that are suffering and, in the future, will suffer most. Those countries are close to the equator and, because of that, more sensible to the increasing temperatures, considering that almost everyone there doesn’t have any way to cool themselves.

Also, extreme temperatures have a great impact on their main source of food: farming.

Moreover, for economic and social development, they will need more energy, and the cheapest sources currently available are fossil fuels. It will be the duty of the more developed countries to lead the ecological transition so that developing countries will be able to grow using zero-emission energies,
techniques, and materials without paying an additional charge.

The zero-emission target, considering that the five fields already mentioned are fundamental in our daily life, seems to be overly ambitious, but it is the only way to stop climate change which is influenced by every single greenhouse gas emission. That, followed by the increasing population and consumption generated by the global economic growth, gives us an idea of the complexity of the task we are facing.

Innovation, technologies, and governmental politics will be our greatest allies in this battle. What can we do?

In Gates’ book he praises the newer generation which, thanks to their activism, has been able to put climate change as a main argument in the political debate. Climate change is a real and serious problem and that’s why we have to act now.

Reduce consumption, shift the demand towards products and technologies with zero impact and support politics that care about climate change can be a good start, giving a clear message of support to the activities focused on reaching this common goal. 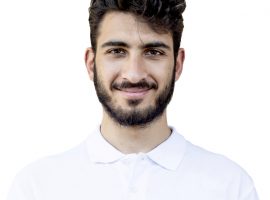 Author: Andrea Incarnato. I’m a passionate admirer of life in all its shapes, I like to travel the world and discover it far and wide; therefore, I strongly believe that we must safeguard our planet and be responsible towards all forms of life.

A Harvard study confirms the relationship between Smog and Covid

A study of Harvard University of Massachusetts demonstrates a strong correlation between smog and Covid-19 coronavirus mortality. The air of our cities has become cleaner and nature has returned to shine after the lockdown. But the relationship between covid-19 and pollution is not this. According to a recent study, in fact, smog, and in particular PM2.5 fine […]

A zero-emission travel by train: you can now do it in Australia

Even though it only runs a short distance, the first (functioning!) solar train in Australia is already the start of a revolution. With a supply of 100 seats, it carries tourists to the amazing seaside location of Byron Bay, in New South Wales, Australia. The train costed approximately 4 million dollars and it moves thanks […]