2020 will be the National Year of Tourist Train. The Minister for Cultural Heritage and Activities and Tourism, Dario Franceschini, announced it this way: “After 2016 National Year of the Paths, 2017 National Year of the Villages, the 2018 Year of Italian Food and 2019 Year of Slow tourism now we want to promote another form of tourism that allows to travel our country in a sustainable way and along the historical routes of railways, admiring landscapes and touching places of poignant beauty“.

In Italy there are still 800 kilometers of disused and abandoned railway sections that cross national parks, protected areas and territories rich in history. Investments will continue to be made during this year, Minister Franceschini promised, to promote and enhance this form of tourism even more, but today it is already possible to make truly unforgettable trips on board a tourist train. We have selected our 10 favorite itineraries to celebrate the National Year of Tourist Train.

The Trans-Siberian Railway of Italy, the highest and most spectacular tourist train 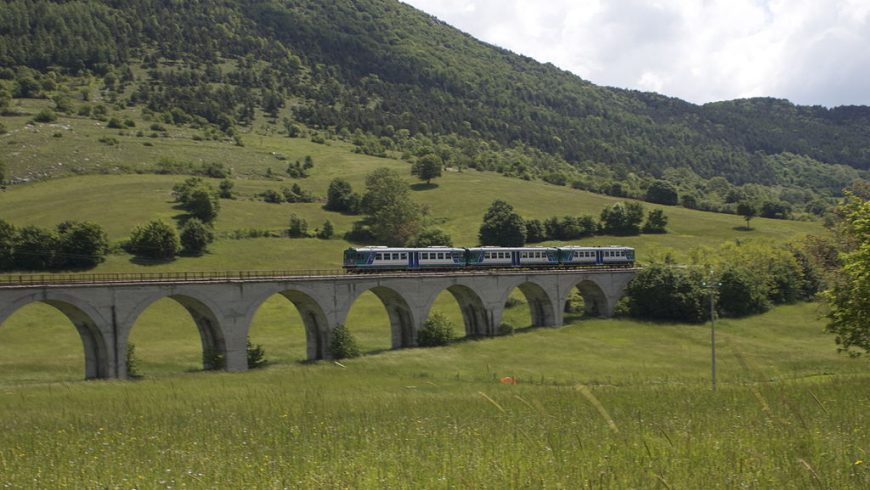 The tourist train of the Trans-Siberian Railway of Italy crosses 70 kilometers of parks and nature reserves in the heart of Abruzzo and Molise. Between mountains and narrow gorges, small villages and large towns, nature and traditions, travelers see some of the most spectacular Italian landscapes pass through the window.

Cirumetnea, a tourist train around the volcano 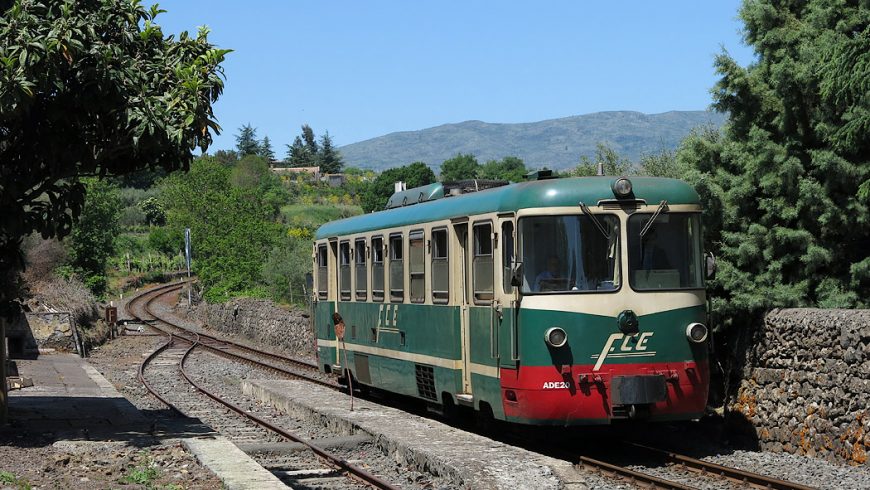 Giorgio Stagni [CC BY-SA (https://creativecommons.org/licenses/by-sa/3.0)]
Perhaps not everyone knows that there is a railway that climbs the sides of one of the symbols of Sicily, Mount Etna. Inaugurated in 1898, the Circumetnea travels about 110 kilometers in just over three hours, starting from Catania Borgo and arriving in Riposto. The train offers suggestive landscapes, with indescribable lava panoramas that alternate with wonderful countryside, between pistachio trees and prickly pears.

The little green train, a new way of experiencing Sardinia 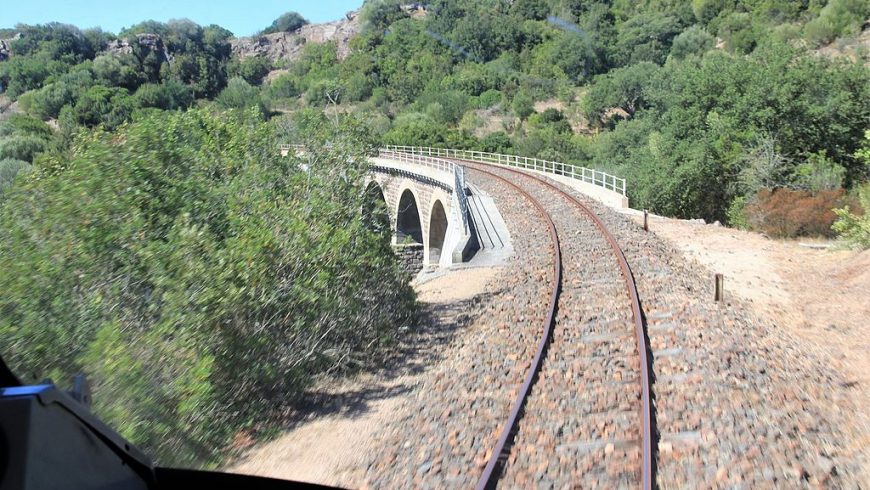 Gianni Careddu [CC BY-SA (https://creativecommons.org/licenses/by-sa/4.0)]
There is a tourist train that allows you to know the most genuine Sardinia in a few hours. The Trenino Verde, the longest tourist railway network in Europe (438 km), travels on 5 different routes that cross the island, among its mountains and its villages, up to the blue of the pristine sea.

The red train to reach the Swiss sky 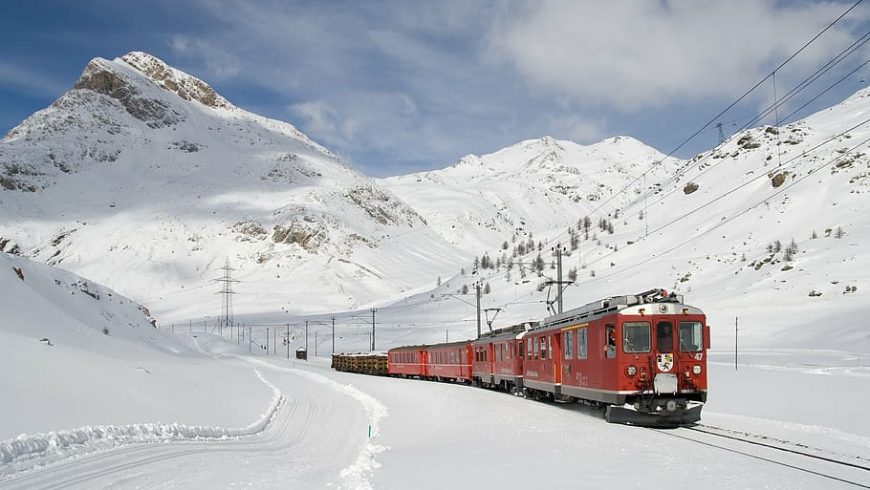 A comfortable and historical design tourist train that makes its way from Tirano to S. Moritz in Switzerland passing through mountains, historic villages and glaciers. The Bernina red train reaches several mountain centers touching very high altitudes including the highest point reached by a railway in Europe, 2,253 meters of the Ospizio Bernina stop.

Faentina Railway, a train that follows the footsteps of Dante

The Faentina Railway runs along the places of Dante’s exile, letting us discover the pristine landscapes of the Tuscan-Romagna Apennines, from Florence to Faenza. Campaigns, vineyards, olive trees, woods and villages follow one another telling us the story of when Dante crossed these lands, and then immortalized them in his works, since in 1302 he was exiled from Florence. He then started a solitary journey between Tuscany, Romagna, Emilia, Marche and Veneto.

The Genova-Casella railway, from the sea to the mountains 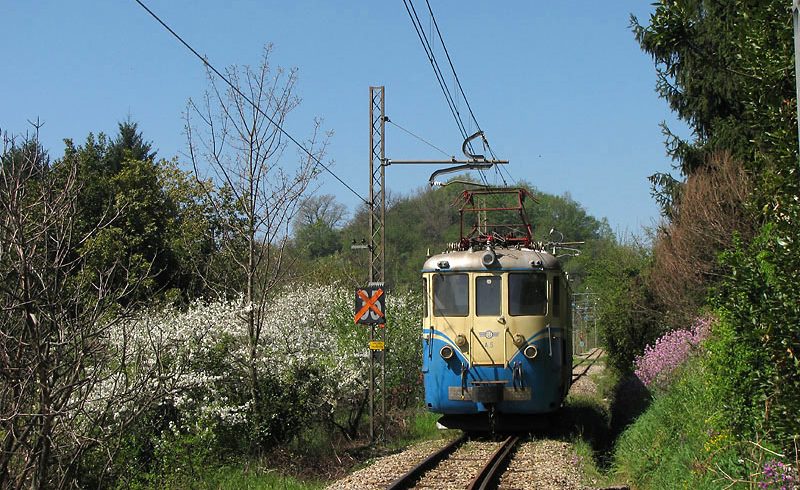 In Genoa there’s a historic which starts from the sea and heads towards the Ligurian hinterland. 25 wonderful kilometers that allow you to discover the contrasts of the region: on one side the blue of the sea, on the other the green of the hills. It’s a bit of a journey through time. For instance, the original wooden seats and the bronze and brass finishes are still there and some carriages date back to the Belle Epoque period.

The Renon train, among the Dolomites 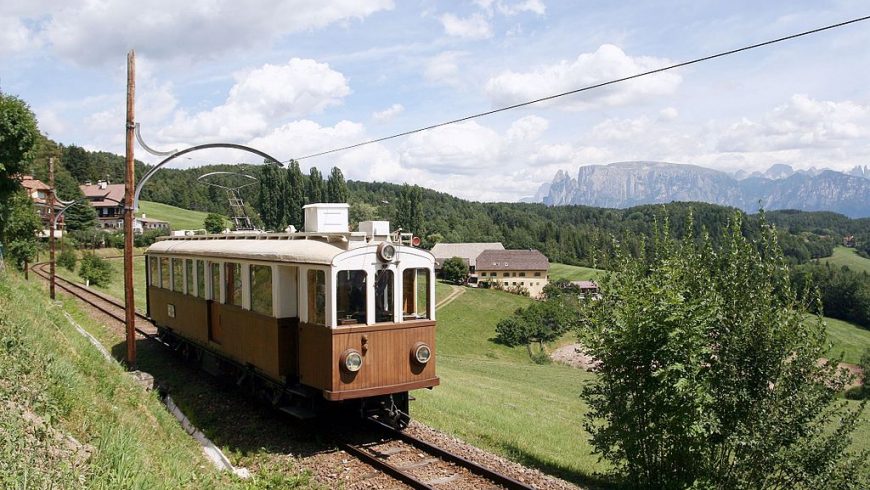 On board the small Renon train we dive into the great landscape of the Dolomites, reaching the most remote villages of South Tyrol and admiring pastures, mountains and farms. The line develops from Bolzano for about 7 kilometers. It also pass in front of the incredible rock sculptures born from the slow erosion of wind and ice known as “fairy chimneys”. 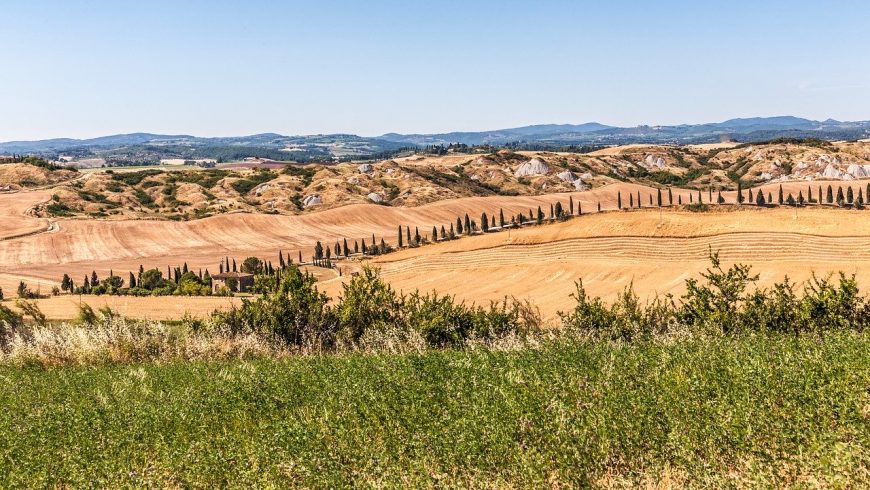 Another tourist train crosses Val d’Orcia. On board of Nature Train, with its vintage wooden carriages, one of the most famous Italian landscapes flows in front of our window. We pass through perched villages, beautiful white streets lined with cypresses, fields of sunflowers. The journey, which lasts an hour and a half, starts from Siena and returns there after stopping in all the historic stations of Crete region.

It’s called the Wonder Train, it starts from the Alps and reaches the sea. The Cuneo-Ventimiglia railway allows you to experience a romantic journey from Piedmont to Liguria passing through France, between mountain sceneries and the scent of the sea, from alpine views to seaside promenades. 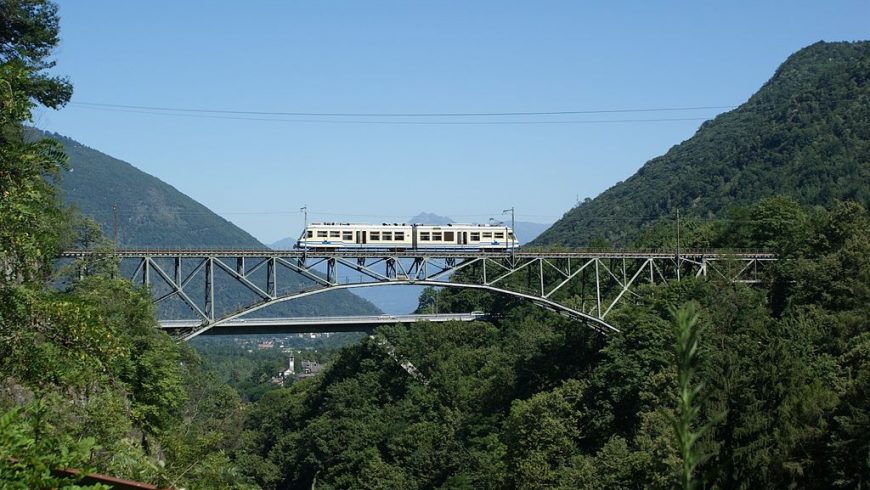 The Vigezzina-Centovalli railway, with its typical white and blue trains, connects Domodossola, in high Piedmont, to Locarno, on the Swiss side of Lake Maggiore. So you will pass through breathtaking scenery, which perhaps give their best during autumn: from the villages of the lower valley to the first snow of the peaks that stand out at 2000 meters, and in the middle the explosion of colors of woods. 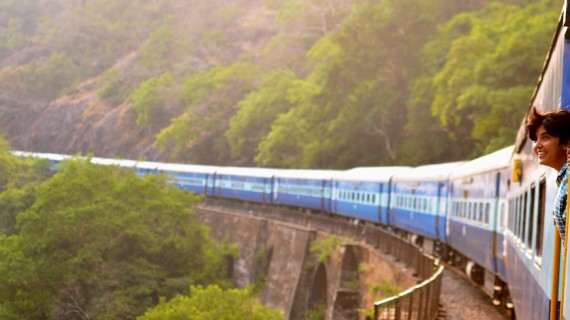 Sit back and enjoy the scenery: the travels by train have a charm that no other type of transfer can offer. Often, for convenience and speed, for our travels we choose the plane, but the travels by train are not only eco-friendly but also a journey within a journey; the destination is secondary, the path, among glaciers, sea and […] 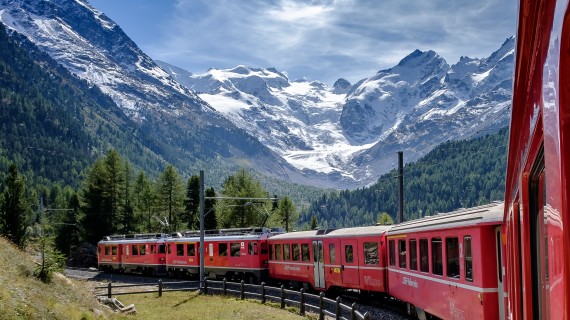 Why not try a slow travel experience? We selected 3 train itineraries for your next vacation: from the Alps to Sicily on special trains Speed lovers, stay away!! This post talks about long, slow train journeys through very remote parts of Italy and the small pleasures that can be found in breathtaking views (volcanoes, vineyards, […] 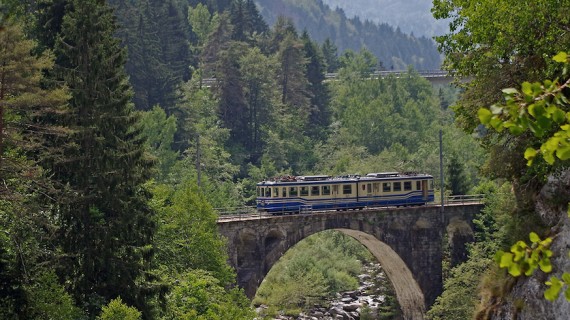 The world goes by from the window: houses, bridges, mountains and plains alternate with each other, while you rediscover the pleasure of slowness, on board an unusual and eccentric train that allows you to explore Italy from another perspective, to travel out the beaten track of mass tourism, in carriages of a vintage flavour. Here are 5 […] 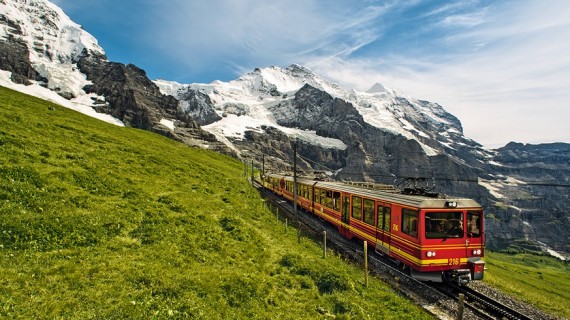