Veganism is challenging as is moving abroad or travelling. Check out the ten most vegan cities in Europe

The Internet is changing the whole world. It opens people’s eyes to the truth about the harm of animal products and the blatant cruelty of the producers. Environmental consequences of the livestock industry are also under scrutiny. Due to the overpopulation of the planet, a plant-based diet is an irreversible future – no matter what are the subjective attitudes to this issue and the personal habits of each person. Today, each country and city move to conscious consumption at their own speed and course. Avoiding animal products is no longer associated only with the Ayurvedic cuisine of India or religious motives. 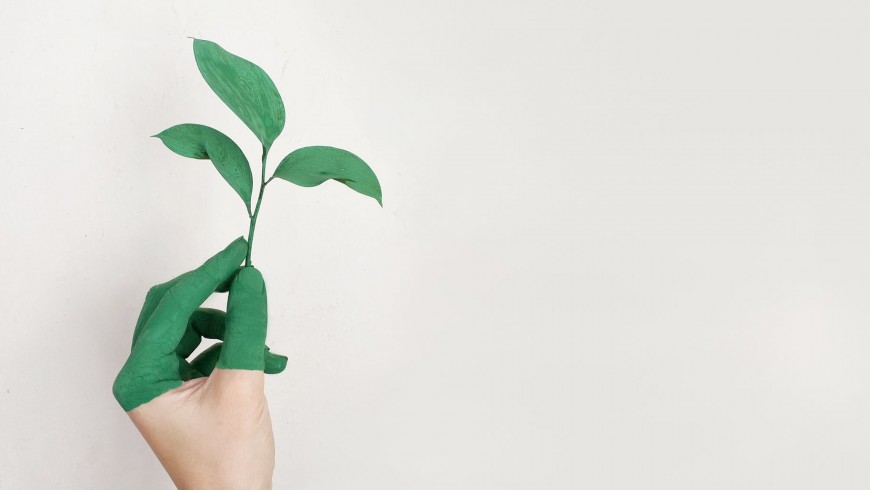 Singapore, USA, Australia, Israel, Canada, Germany, Great Britain are among the most advanced “green” countries. It is not only about vegan food list, but also about eco-friendly manufacturing and more healthy and conscious lifestyle.
So, despite the fact that the majority of the population does not refuse the use of animal products and goods, the number of daily consumption is steadily and obviously decreases.

Along with it, people get acquainted with new dishes and products which are traditional for mainly plant-eating cultures. Today, for many, the multiculturalism of modern society and the celebration of diversity begins with a good lunch.
Traditionally animal-based, cuisines of Europe also adapt to new realities, causing a boom in the invention of new flavor combinations and the development of the restaurant business. How is this happening? Let’s look at the ten most vegan cities in Europe. Make sure that this trend is not only useful – but also very fashionable, topical, and tasty.

Despite its progressiveness and variety of high-quality, fresh products, until recently, London has never been associated with a healthy lifestyle. But over recent years, London has changed a lot. Not a single week is spent here without opening the next juice bar or raw food restaurant. People in sportswear fill London parks in any weather. Londoners practice yoga and meditation, go to master classes on healthy nutrition. And instead of going to the pub on Friday night, they are preparing for the next marathon. 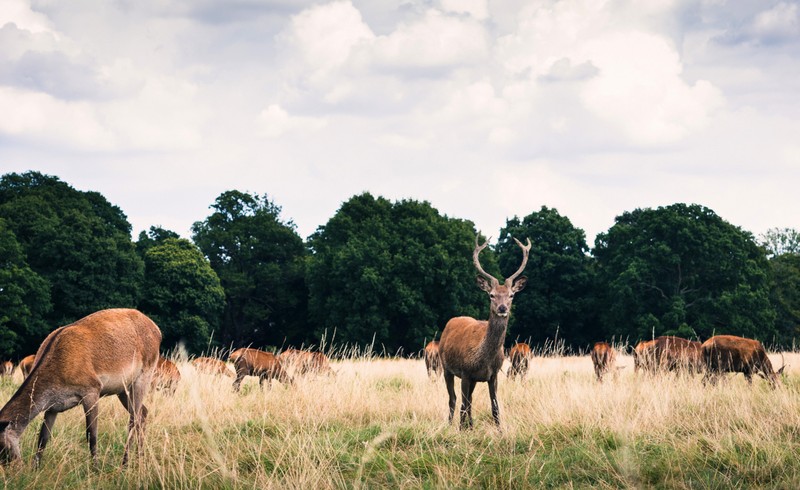 Deer in Richmond Park, in London, photo by Johan Mouchet, via goodfreephotos.com

In 2017, London became the first city on the international site HappyCow, which marked 100 entirely veggie restaurants on the map. Now there are 170 vegan places in a radius of 8km around the city. The number of vegan restaurants, groceries, and even clothes shops is continuously increasing. All these places are very popular with both locals and tourists. According to a survey conducted several years ago, there are more than 540,000 people who maintain a vegetarian diet in the UK. 120,000 of them live in London.

According to the YouGov analysts, at the beginning of 2015, there were about 7.8 million vegetarians in Germany, which is almost 10% of the population. It is not surprising that the veggie industry in the country is expanding and growing. Vegetarianism is especially popular among the residents of Berlin. 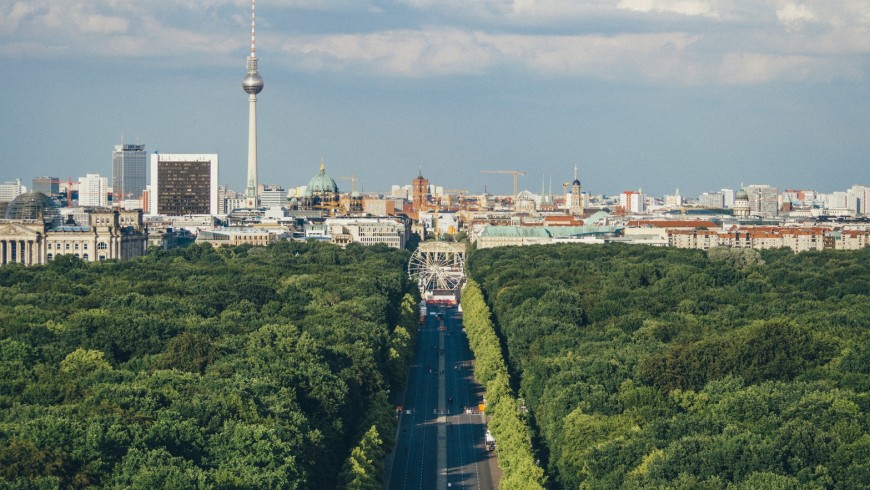 Vegetarianism in Germany appeared quite a long time ago, at the end of the 19th century. In June 1892, the VEBU (Vegetarierbund Deutschland e.V.) Union appeared in the country. Since then, being a vegetarian in Germany is easy and pleasant – the German-vegetarian is not unique or exceptional.

In recent years, vegetarianism has been gaining increasing popularity among Germans. For people who prefer to abandon animal products, there are many specialty shops, restaurants, and even hotels.
Vegetarian-friendly food is available in school and at student canteens. The menu of the majority of regular restaurants, along with the usual dishes and includes entirely plant-based ones. Even the McDonald’s chain eateries offer vegetarian hamburgers to customers.

More and more purely, vegetarian restaurants appear. They are especially popular in Berlin. Today there are 470 of them in the capital of Germany.

In 2017, Amsterdam was named the most vegetarian city in Europe by the number of veggie eateries relative to population. The capital city of the Netherlands is famous for its Dutch Weed burger (made from seaweed, not marijuana, as you might think by name.) Another notable places, such as Mr. and Ms. Watson, is famous for its craft vegan cheeses.

Nowadays, there are about 250 vegan restaurants within the city, but in promoting veganism, the Dutch are not limited to food. This year, the fashion brand Mercer Amsterdam presented a model of sneakers made from recycled pineapple leaf fibers. According to the Instagram account of the brand, the model was created in collaboration with Piñatex. This is a Philippine manufacturer of ecological leather from pineapple leaves. The brand calls its sneakers the most eco-friendly in history. Designers emphasize that the leaves make the shoes not only more natural and ethical but also more stable and durable. 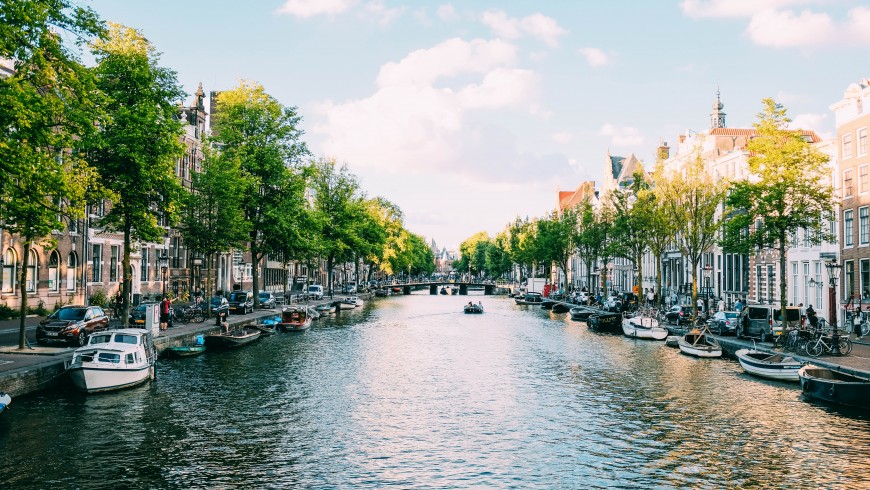 Previously, in Milan, they ate risotto and chops, then sushi and hamburgers, and now it’s time for vegetarian restaurants. Avocado toasts, quinoa, chia seeds, and others from the vegan food list are a new trend. It seems that Milanese people now prefer to go not to a traditional trattoria, but to a raw food restaurant, vegetarian fast food, veggie burger or some other newly opened 100% meat-free place. Admittedly, this is about fashion, but even so, the vegetarian cuisine tradition in the business capital of Italy is strong. The first European vegetarian restaurant that received a Michelin star yet in far 1996 was precisely the Milan Joia. His chef, the famous Pietro Leeman, has captured the history of high vegetarian cuisine. 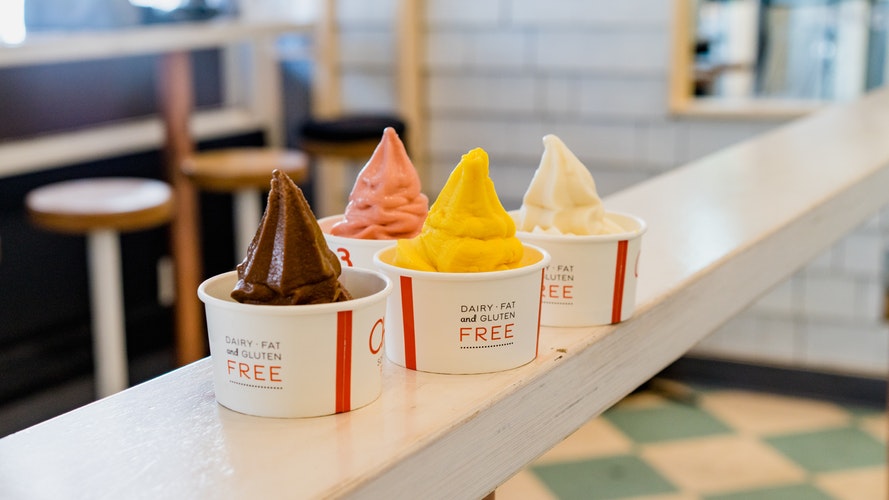 In general, even among the traditional Italian dishes, there are authentic vegan delicacies. Pizza Marinara only contains oil and tomatoes, in contrast to the no less famous vegetarian Margarita which includes mozzarella. And such famous Italian dessert as sorbet – which is an ice cream made only from water, sugar, and fruit, and does not contain milk at all.

Vegan Hamburg is known mostly for its food truck by Vincent Vegan, which recently opened their first traditional restaurant. In 2014, startup Vincent Vegan became the first mobile vegan snack shops in Germany. This idea fits well with the gastronomic trends for a fast and at the same time, a healthy diet to go.

And the owner of another popular vegan restaurant, Happenpappen, has opened its culinary school promoting healthy food. So, the vegan tradition in Hamburg is probably to be developed in the future.
Now, there are 149 vegetarian and vegan restaurants in Hamburg. Their number is increasing along with the tourists’ interest in this beautiful city. 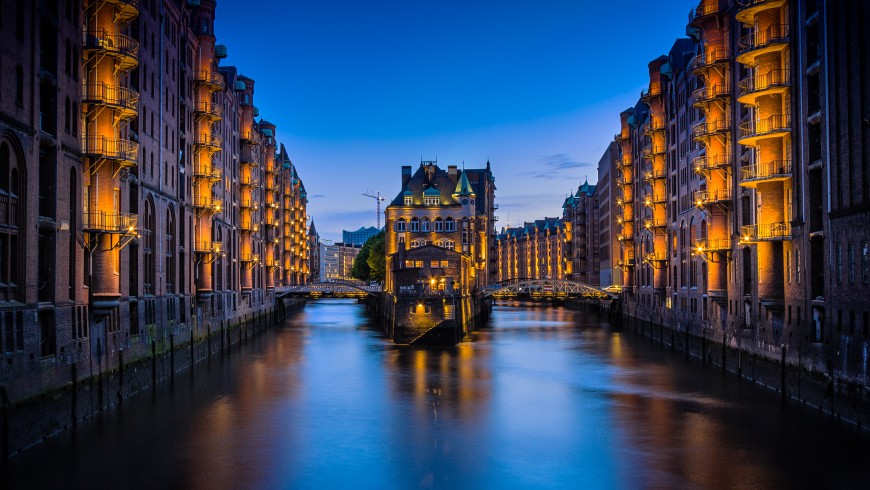 Prague is one of the most progressive cities in Europe in terms of vegetarianism and veganism. Eco-festivals, green food, ethical shops, vegetarian cafes – the traveler will feel comfortable here and will not be hungry.
The net of vegetarian and vegan restaurants in the capital of the Czech Republic is growing every year with several new places, which become extremely popular. In the city with almost one and a half million citizens, there are already about 100 vegetarian restaurants, bistros, and cafes, each of which has its own specific focus. 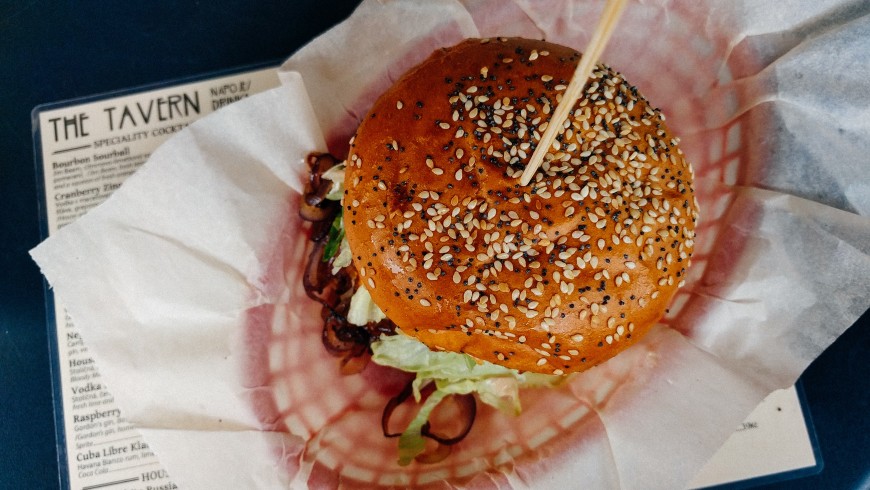 Just a few years ago, there were only a few Loving Huts chain establishments, which can now be found throughout the city. The main feature of the Czech vegan food places is rethinking of traditional national cuisine with the replacement of ingredients for vegetable alternatives.

The fashion for deliberate nutrition has taken over the world, and the gastronomic map of Warsaw noticeably became “green” as well. There are already 40 fully-vegan places in the Polish capital. More than 500 have a wide choice of vegetarian/vegan options on the menu – from vegan snacks up to vegan chocolate. According to the mentioned HappyCow website, Warsaw is in the top 3 vegan-friendly cities of the world. 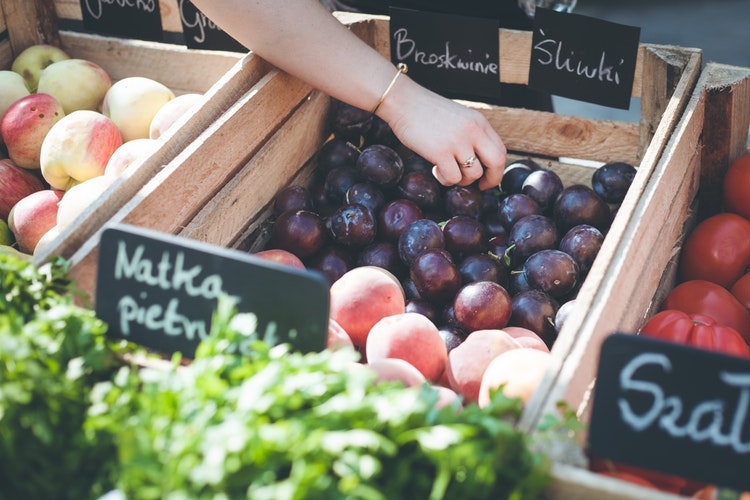 The most beautiful city of Scotland is known for a large number of vegetarian places – there are about 120 of them. This is the most vegan city, according to PETA (2016), the most vegan city in the UK in 2015. And generally, Edinburgh is the perfect place for lovers of culture, nature, and good food. 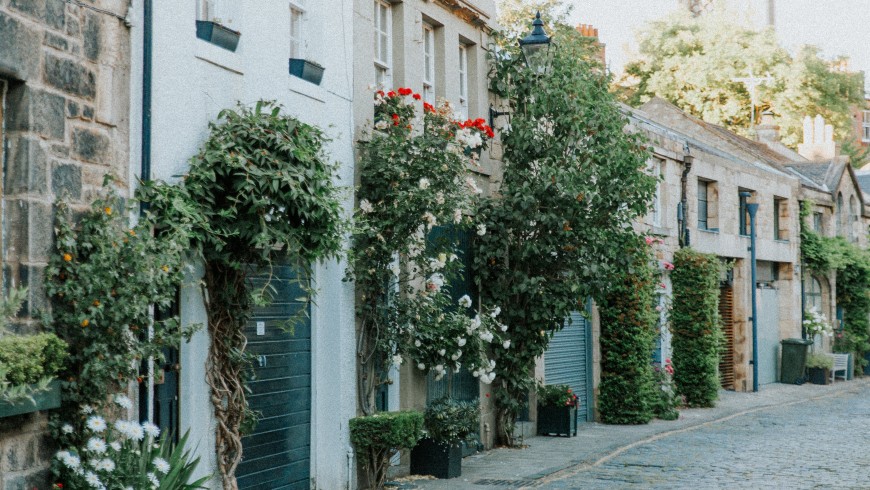 It is in Edinburgh is the UK’s oldest vegetarian restaurant, Henderson’s, which serves dishes from organic and eco-friendly products.
Other favorite places in Edinburgh include Novapizza Vegetarian Kitchen. The sensational burger place Holy Cow and the elite gourmet restaurant David Bann are also worth visiting.

According to “HappyCow,” In Gothenburg, there are about 70 vegetarian/vegan restaurants. Not a bad indicator for a city with half a million people.
One of the most famous and favored by tourists vegan restaurants is the stylish Open New Doors, located right on the bridge with a great view of the city.
In addition to restaurants, the city also has Eco Linné – “cruelty-free beauty salon.” Also, the widespread network of THRIVE boutiques, where the one cannot find wool, silk or leather. 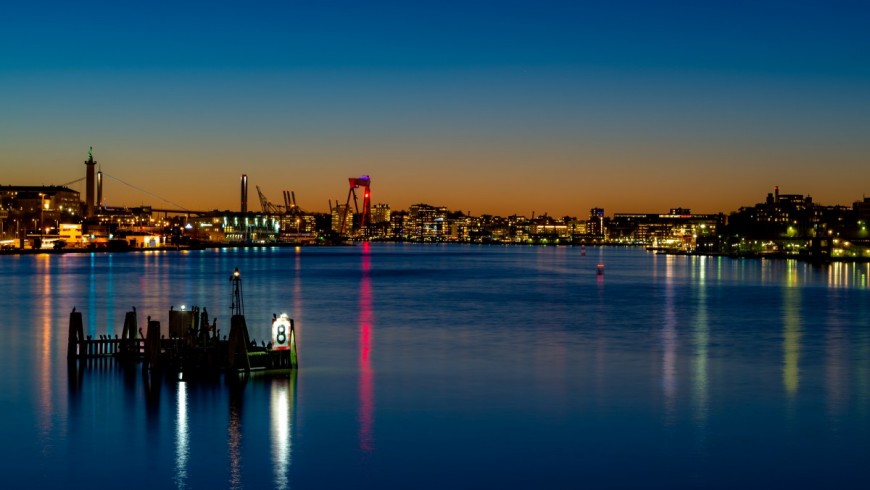 This year, Bristol has become the city where people were most interested in refusing animal products and the difference between vegan and vegetarian, according to Google’s search queries. This city in England for a few years has become a real vegan Mecca. There are many vegan restaurants and cafes. Also, sustainable earth-friendly hair salons and beauty salons are also popular. Bristol community is very active. In February, the first fully plant grocery market, House of Veg, was opened in the city. Besides, three out of four Bristol deputies say they do not eat meat or animal products. 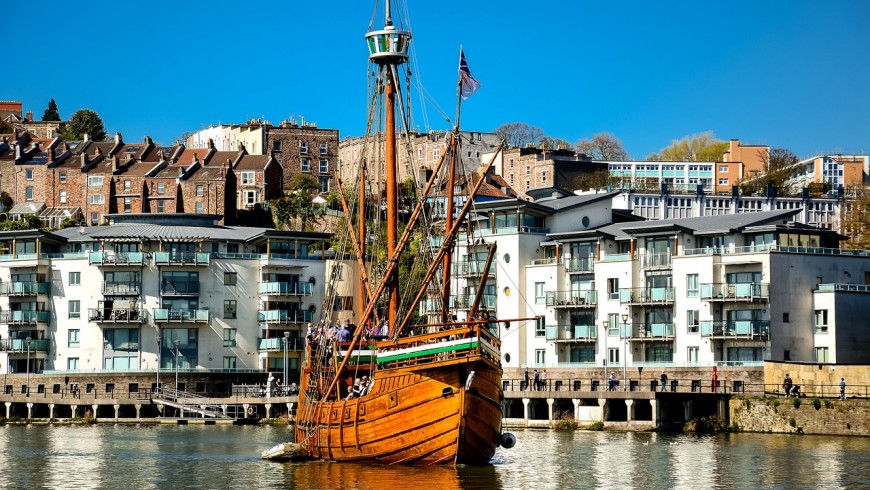 Bristol, photo by Steelfish, via pixabay.com 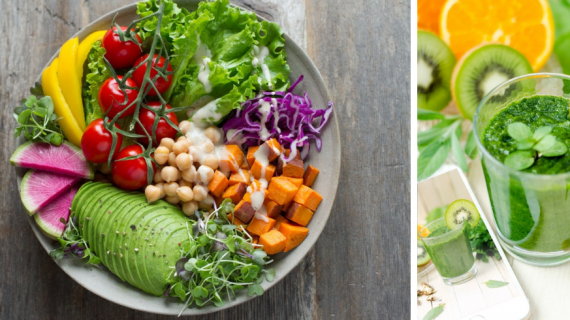 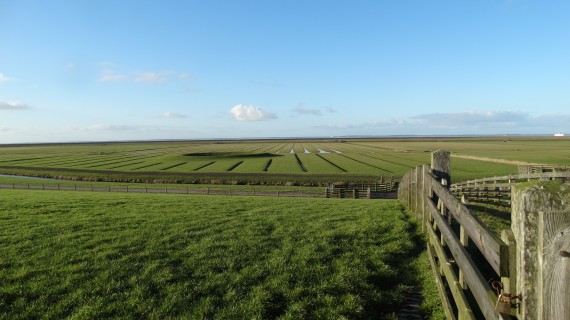 Come with us to discover the beautiful Wadden Sea land staying in an eco-friendly vegan hotel. The hosts Henk and Nazma have shared their story and recommended us what not to miss in this part of Netherlands Countryside World Heritage is what you were looking for to admire the spectacular nature of the Netherlands. From […] 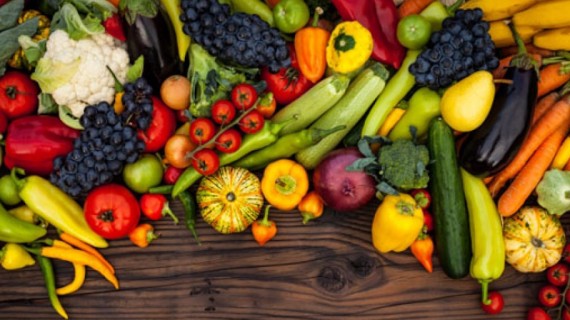 Becoming vegetarian is a personal choice, a lifestyle that more and more people are undertaking. Who for ethical reasons, who for health reasons, the number of those who renounce meat is always on the rise and so are those looking for vegetarian eating while on vacation. Let’s find out the main reasons for vegetarianism and the […] 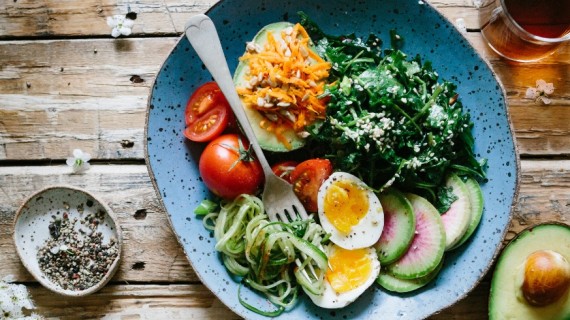 3-credible-reasons to sustain “Lundi vert”: the Meatless Monday of France

Successfully adopted in more than 40 countries, the awareness-raising food campaign named “Lundi vert” (Meatless Monday) has recently been launched in France. The aim of the campaign is to persuade French people to eliminate the consumption of meat and fish every Monday, on a voluntary basis. The initiative has been signed by more than 500 […]