Italian tourism is getting back on track, and it does it by foot: this is what Dario Franceschini, Minister of Cultural Heritage, hopes proclaiming 2016 as the National Year of Walks.
2016 will represent a turning point for Italian tourism: no more hit-and-run holidays only in the cities of art, but a promotion of the entire territory of the peninsula, which holds still little known pearls of beauty.
International tourism is growing strongly and Italy must necessarily be one of the most popular destinations, given its diverse landscape, its history, its cities; but the goal of the project is to focus on sustainable tourism, not as one industry, but as the country’s vocation.
State, regions, municipalities, local authorities, public and private sectors join together for the first time to enhance those 6,600 kilometers (which can easily become a lot more!) of naturalistic, religious, cultural and spiritual paths that cross the entire country. More and more people travel looking for something more than just a vacation, they want to experience something, they want to travel slowly to understand more, discover new places, learn about the other. 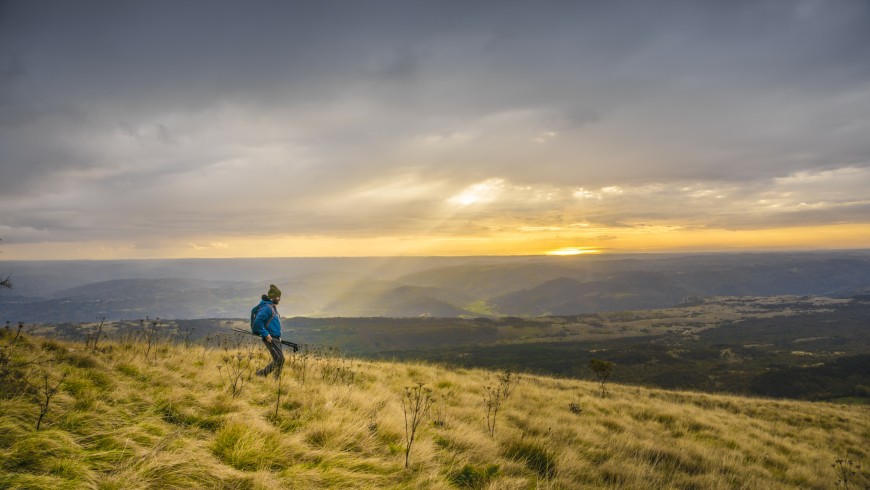 In the wake of the Jubilee year, that will be about poverty and pilgrimage, Italy must rediscover with its travelers its paths. The Via Francigena and the Way of St Francis are just examples of an infinite network of routes that, following the example of the Route of Santiago de Compostela, can represent the perfect opportunity to re-evaluate whole areas of Italy.
To us it seems a great New Year’s Resolution!

But what are the routes that you can’t miss next year? Here are our 10 favorites itineraries!

1. Travel to the discover of Monte Nerone and the Marches’ nature, between the silence of the woods, the running water of the streams and charming villages. It is the route from Piobicco to Bacciardi. 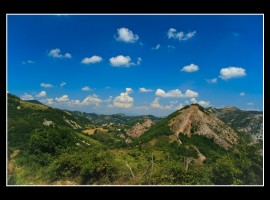 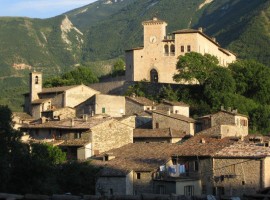 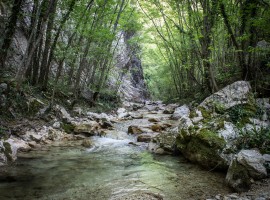 2. 14 kilometers along the icy Orfento river, in the heart of the Majella National Park. Stop for a moment on the Stone Bridge and you will be truly enchanted by the beauty of this amazing journey. 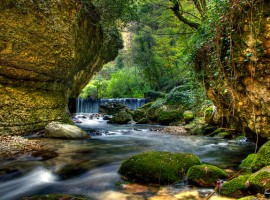 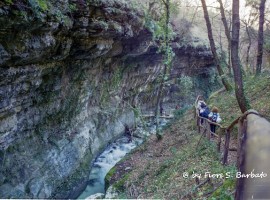 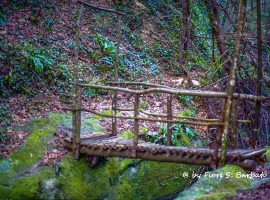 3. Via Francigena from Pont Saint Martin to Ivrea: one of the first Italian paths of the pilgrimage of the Via Francigena, between forests and medieval castles. 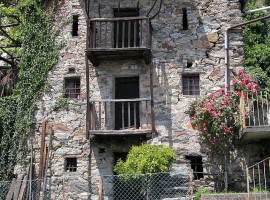 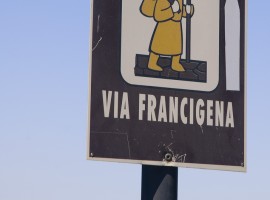 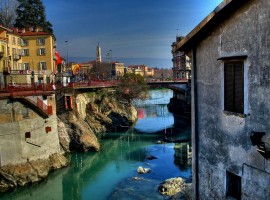 4. Discover the historical and cultural treasures of Umbria in the green of the hills on this journey from Assisi to Bevagna. 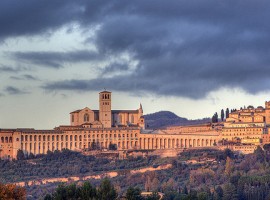 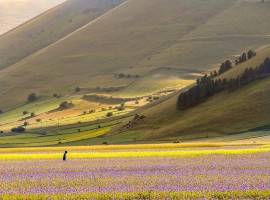 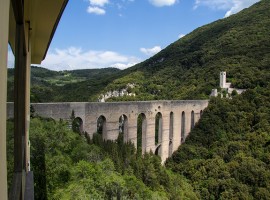 5. The Apennines of Parma holds many paths, such as the path of the Buono lake, a slow path through the woods of beech and pine forests, in a fairytale land. 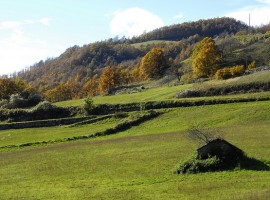 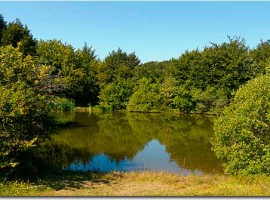 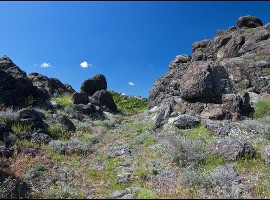 6. Walk between the sea and the vineyards along the itinerary by foot to explore the Cinque Terre. The incredible villages with their colorful houses, the smell of the sea, the terraces will accompany you on this day to the discovery of one of the most uncontaminated areas of Italy. 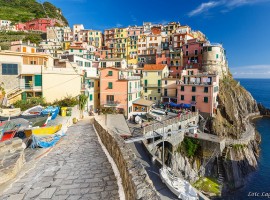 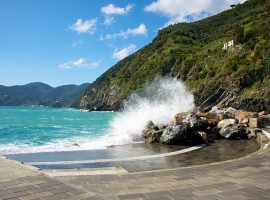 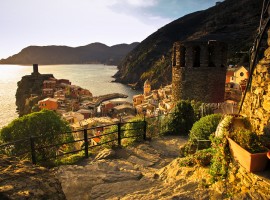 7. It is a jungle? No, it’s the wonderful and uncontaminated Ferriere Valley. Travel from the heart of Amalfi and discover the lush hills, the lemon trees and the old ruins swallowed by trees and nature in this incredible journey. 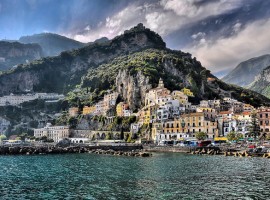 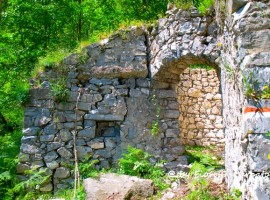 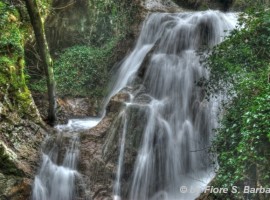 8. Walk from San Quirico to Radicofani along a challenging route of the Via Francigena. Rediscover yourself through the breathtaking landscapes of Tuscany, the Orcia river and the thermal pool of Bagno Vignoni. 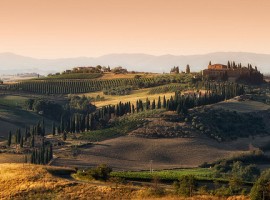 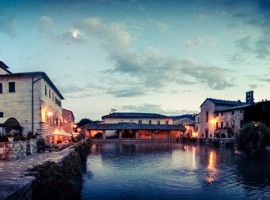 9. Wild lands await you in the rocky peaks of Lagorai, a still little known mountain range of Trentino. Discover this wonderful route! 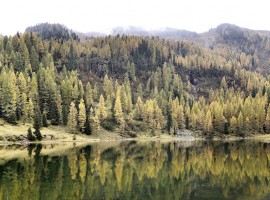 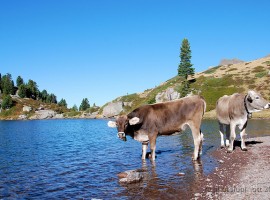 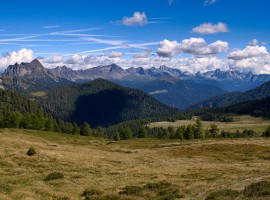 10. Canyons, ancient forests and an observatory for birds of prey are just some of the elements that make special this journey into the magical and almost unknown Bosco Rocconi. 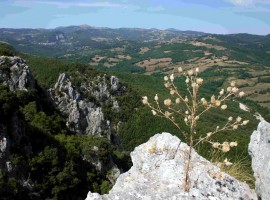 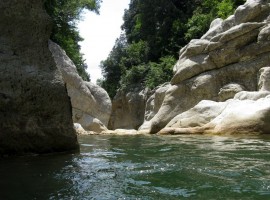 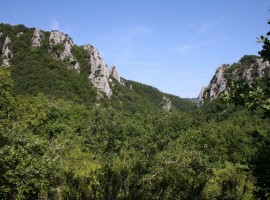 Foliage: 5 Itineraries (and cooking recipes) of Autumn in Italy

10 trips with snowshoes, from Alps to Abruzzo, to celebrate the beginning of the new year