The Route of Wool and Silk (Via della Lana e della Seta in Italian) is a 130 kilometer long trekking route that crosses all the beauty of the Tuscan-Emilian Apennines. It’s time to start walking!

On one side there is Prato, the seat of the textile industry, on the other Bologna, that once was the capital of silk. The two cities are joined by a suggestive and interesting route, which crosses wild landscapes and historic villages. While walking you will find yourself immerse in deep nature, discovering little-known corners characterized by medieval architecture and industrial archeology.

Inaugurated in 2017, the Route of Wool and Silk is divided into six stages, each of 20 kilometers. The itinerary connects the hydraulic systems of Chiusa di Casalecchio (Bologna) with those of Cavalciotto (Prato), following the traces of the ancient trade route linked to wool and silk. The common thread of the entire itinerary is therefore water which, thanks to the two structures, fed the many artisan workshops in the area, such as the factories and the fulling mills.

The stages of the Wool and Silk Road

The Route of Wool and Silk begins with a stage entirely on asphalt, which starts from Piazza Maggiore, crosses the Parco della Chiusa until arriving first at Palazzo de’ Rossi and finally at Sasso Marconi.
With the second stage you begin to climb, towards the peaks of some mountains. Passing through the Historic Park of Mount Sole, sadly famous for the massacres of the Second World War, you’ll arrive at large meadows where it is possible to meet wild animals; and then at the summit of Mount Salvaro (826 m), the highest point of the day.

We are halfway through and the third stage is the most demanding one. Here, in fact, you’ll face the major differences in height of the entire Route of Wool and Silk. But it’s worth it. You walk immersed in a beautiful chestnut forest and you can visit Collina, a charming medieval village typical of the Apennines. With the fourth stage we pass from Emilia Romagna to Tuscany, passing through the villages of Rasora e Storaia. Then we arrive at Gorandaccio and its Rocca dei Bardi, from where the descent to Vernio starts.

The fifth stage is entirely dedicated to the Calvana Mounts massif, where you can meet the first herds of wild horses. Once in Sofignano, go down a hilly path between cultivated terraces to get to Vaiano. The last stage offers beautiful views across the plain where Prato and the Bisenzio river stand. Once you reach the summit of Mount Maggiore, in a typically Apennine setting, you go down towards Prato. As soon as you reach the valley floor you can see the Cavalciotto di Santa Lucia: a large hydraulic work that has allowed the city to become a reference point in the textile industry. The Route of Wool and Silk ends in Piazza Duomo.

Tips for tackling the Route of Wool and Silk

The itinerary is accessible all year round. But the best time to tackle this trip is certainly between late spring and early autumn. It does not present major difficulties; but it is recommended for those who are trained and used to walking in the mountains. A water bottle, a windbreaker, a hat, sunglasses, a suncream and a mini first aid kit can’t miss in your backpack. The signposting of the Route of Wool and Silk is really excellent, however it is advisable to have a printed guide.

The flavors of Apennines

Traveling along the Route of Wool and Silk allows you to discover all the charm of the Apennines; to go into its woods and admire its villages. But it is also an opportunity to taste the typical flavors of these territories. You can’t miss the tortelli: in Bologna stuffed with meat, in Tuscany with potatoes. During the journey you can then taste crescentine and zampanelle, as well as delicious game meat dishes.

Cover image: The Route of Wool and Silk in Italy, route near Sasso Marconi, photo via Canva PRO 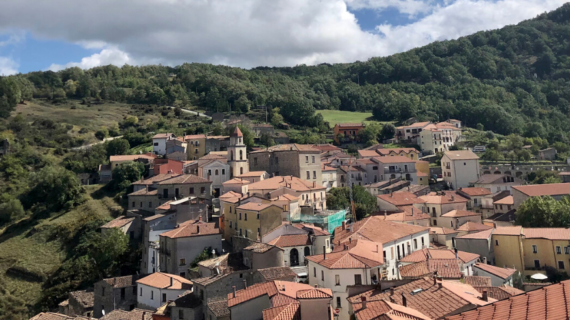 Murals, Tibetan bridges and mountains: the villages of Basilicata

Luigi, one of our guides, had warned us even before arriving in the Lucanian territory. Basilicata would have remained in our hearts forever, it would have made us fall in love. Looking at the first rolling hills aboard our bus we still didn’t realize how right he would be. We have recently finished a beautiful […] 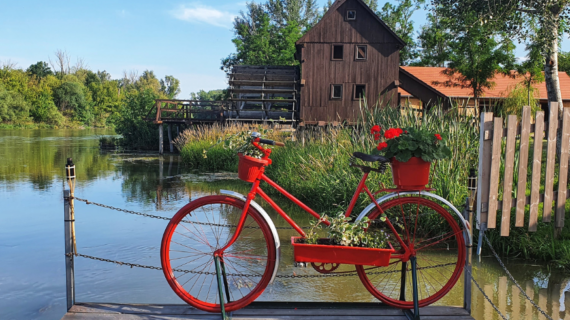 The Po valley has so much to offer and places to visit. Follow an intinerary along the Great River and discover Comacchio, Ferrara! 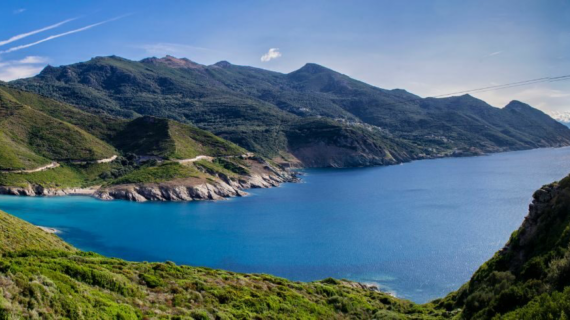 Visit the charming Island of Corsica and enjoy the beautiful towns and nature. Read more to find out the 10 best places to visit!

Discover why the Etruscan Coast is the best place for your next eco-friendly holiday. We give you 10 reasons to visit this beautiful and unique area in Tuscany! The Etruscan Coast is a long narrow stretch of coastline along the coast of Tuscany that stretches from Livorno to Piombino. It includes a huge variety of […]