Among spectacular canyons, cliffs, lagoons, and coral reefs, we set out to discover the most amazing national parks in Mexico.

National Parks’ mission is to both preserve and protect the ecosystems of their territory. And this is where nature and man become one in the direction of a common environment. Today we travel to Mexico, a Latin American country that counts with more than 60 parks and protected areas throughout its territory. Its National Parks certainly have the objective of preserving local ecosystems, including lagoons, islands, coasts, mountains, and deserts.

Here, I present the best 6 National Parks in Mexico of unique characteristics:

Let’s start at the far north of the country, in the State of Chihuahua. 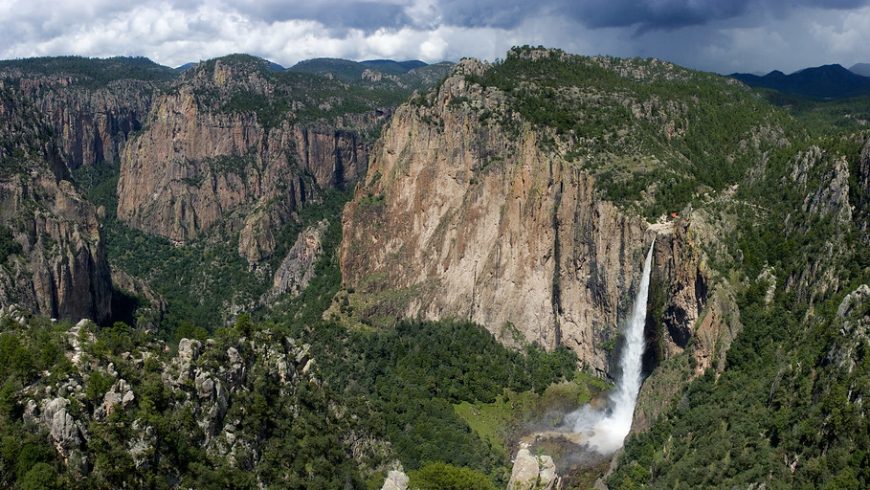 Here we find the Cascada de Basaseachi National Park, whose name originates directly from the park’s waterfall, certainly known by all to be the second-highest waterfall in the country with its 246 meters of free fall. 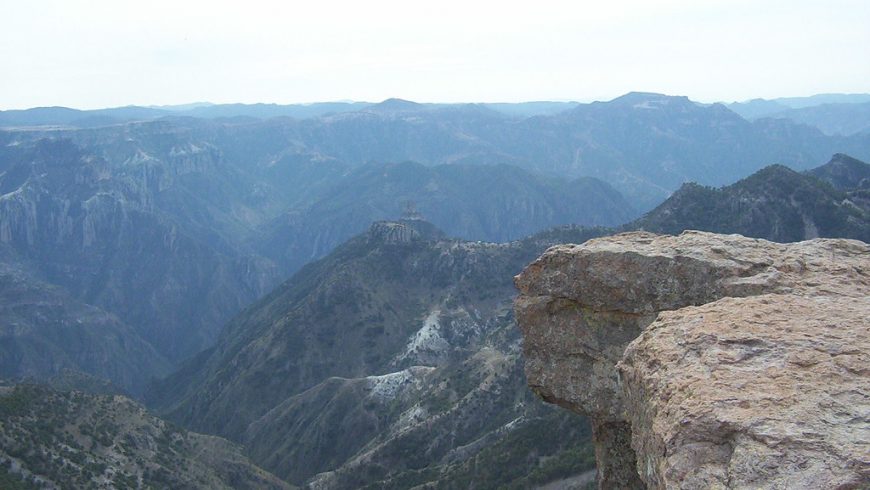 On top of this record, the park boasts some of the most incredible canyons in the world, characterized by walls of impressive height and depths that exceed 1600m.

At Cascada de Basaseachi you can explore the area with local guides, go hiking, biking, and enjoy the scenery while horseback riding too.

The park is inhabited by many animals, from reptiles and birds to bigger species. For example, some of the easiest to recognize are the white-tailed deer, puma, raccoons, chameleon, and collared lizard. And many birds such as the bluebird, woodpecker, and aguililla eagle. 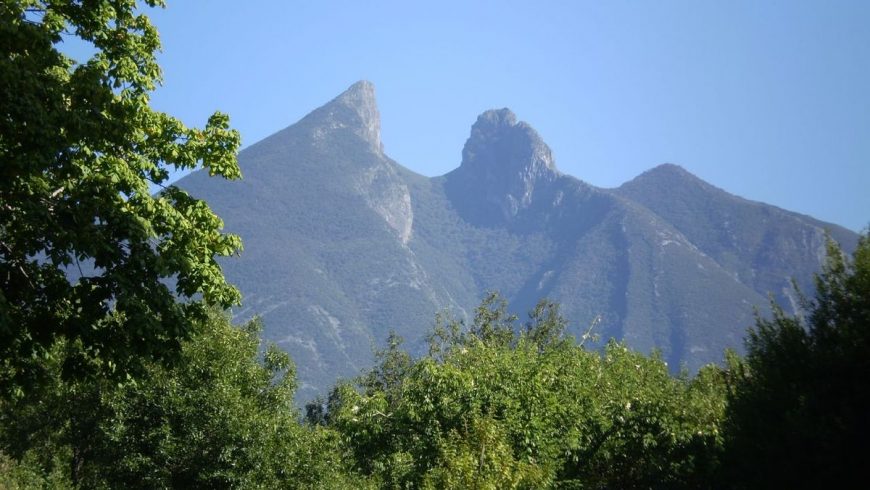 We now move to the central-western area of the country, more precisely to the State of Nuevo León. This territory is predominantly mountainous and characterized by the Sierra Madre Oriental, a mountain range that extends for more than 1000 km from the north to the center of Mexico. Because of its territorial structure, it is the ideal place for hiking, climbing, and trekking activities.

The Monterrey Peaks in Nuevo León are one of the most visited National Parks in Mexico due to their richness in fauna and flora. In fact, the park has both arid areas with species native to desert regions, and peaks of pine forests and green plants. These are the perfect habitats for a large number of bird species, and bigger animals such as badgers, coyotes, and pumas. 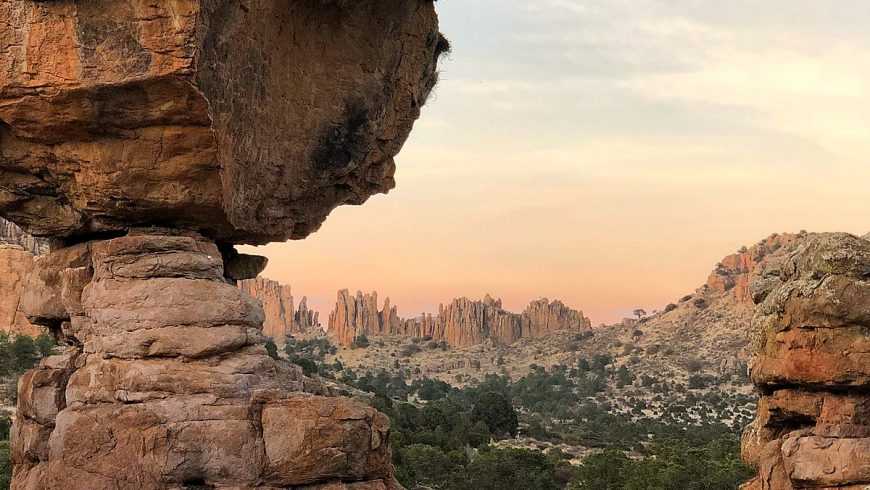 Moving to the center-north, we get to the Sierra de Órganos National Park, State of Zacatecas. An area of varied ecotourism activities, its uniqueness lies in the splendid rock formations that characterize it.

These rocks, when observed from afar, take on the shape of a musical organ, a very peculiar shape from which the park takes its name. 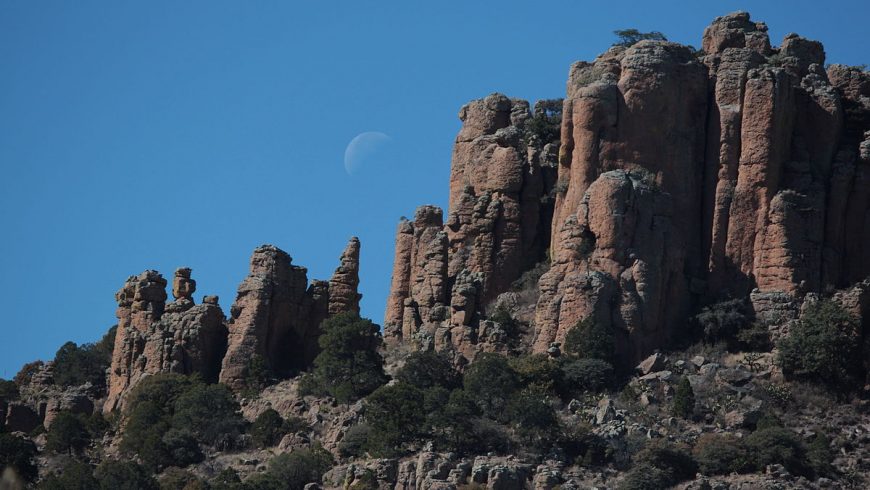 Here I tell you a fun fact about this enchanting place: you won’t believe it, but this park is famous for being one of Steven Spielberg’s inspirations for the creation of the E.T. story!

Sierra de Órganos is home to many animal and plant species. The upper part of the park has a forest of pines and oaks, while bushes and small plants characterize the lower area. Among the many plants, we find the nopal and the maguey, native to the Mexican territory.

On your hikes, you will surely have opportunities to encounter coyotes, opossums, lynx, foxes, and several species of snakes and eagles.

We now move to the southern part of Mexico, on the Pacific coast, in the State of Oaxaca. 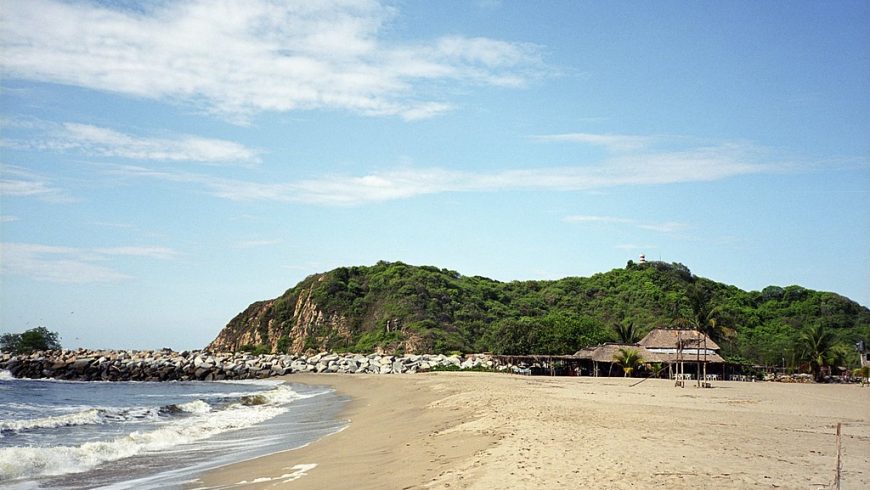 Lagunas de Chacahua is a very different ecosystem from those mentioned so far. Park very active in the preservation of its environmental diversity, commits not only to the conservation of natural habitats but also to territories dedicated to agriculture, regulation of fishing activities, and protection of turtles and crocodiles. 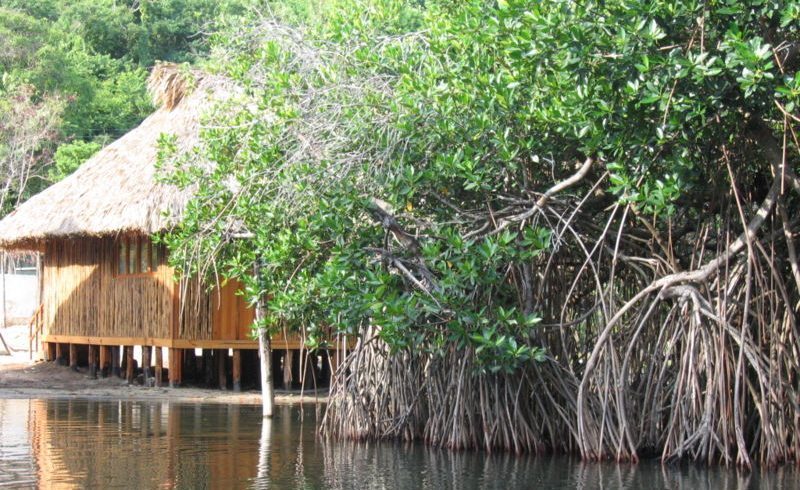 In fact, these lagoons are home to a wide variety of flora and fauna that can be admired from the wooden boats used by locals to cross the channels. During the boat ride, you can’t help but notice the mangrove plant formations. These latter ones are woody plants typical of the low coasts of tropical marine areas. 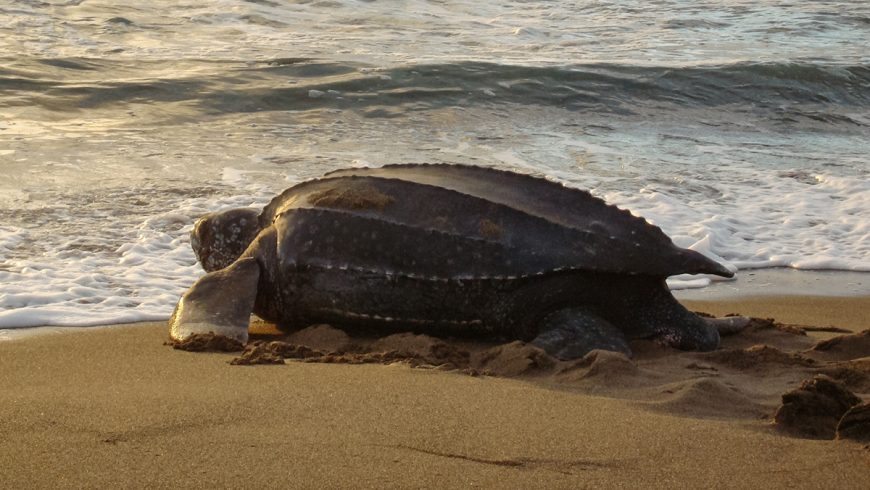 The Lagunas de Chacahua National Park stands for the protection of the turtles that are followed from the spawning to the arrival in the ocean by the team.

Immersed among the areas of the park, you cannot miss the birdwatching activities. Birdwatching at Lagunas de Chacahua is a must-to-do!

Precisely because Chacahua is surrounded by many lagoons, it is a perfect migration site for many species, including the yellow-headed night heron, roseate spoonbill, and American white pelican.

Let’s go south, … to the Guatemalan border, the Mexican State of Chiapas, with the Cañón del Sumidero National Park. 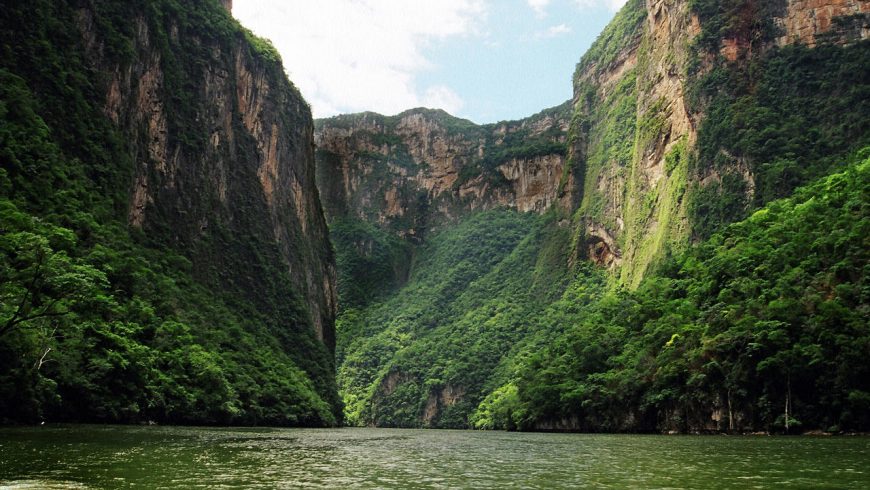 The park covers an area of 21 thousand hectares whose rock formation began more than 136 million years ago. The rocks, of limestone origin, reach a height of 1200 meters and surround the Grijalva River, one of the longest rivers in the country.

With its beautiful green vegetation, the Cañón del Sumidero National Park is home to unique animals such as the spider monkey, crocodiles, and bird species including the friendly Blue-capped Motmot.

And here we are at the last stop of our trip among the most beautiful parks in Mexico. We end at Xcalak National Park, located in the Yucatán Peninsula, State of Quintana Roo. 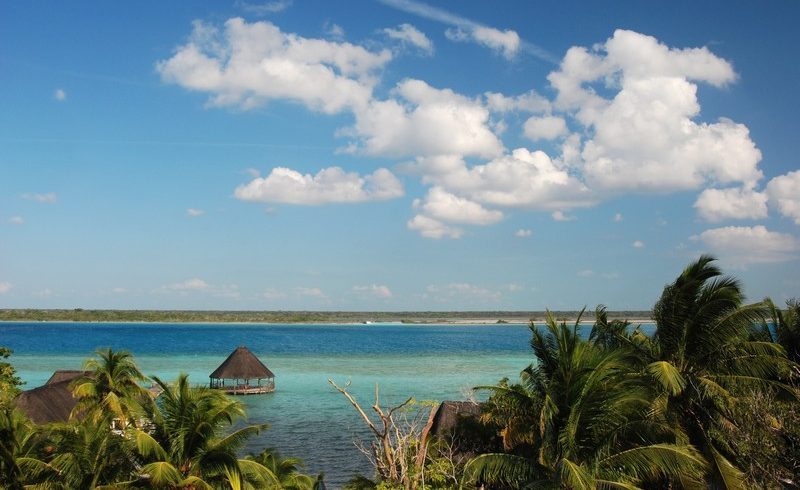 Overlooking the Caribbean coast, Xcalak is one of the wildest places on the Mayan coast and is home to the second-largest coral reef on Earth: the Mesoamerican Reef! 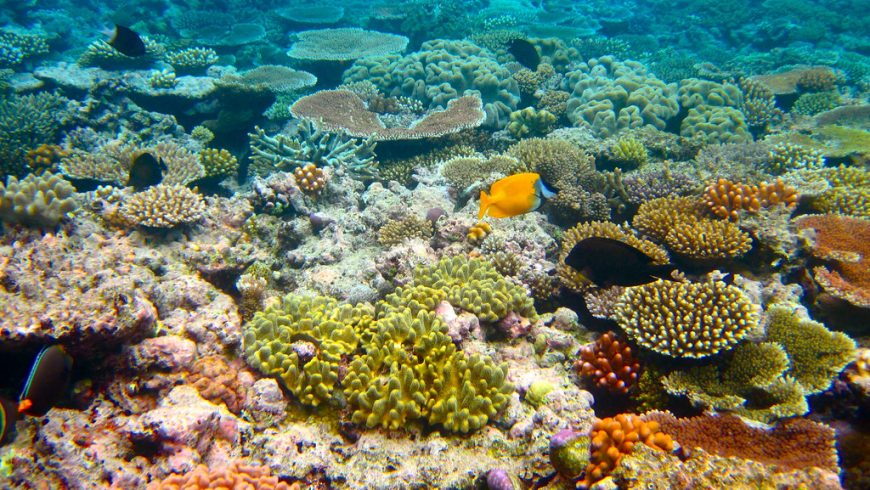 In Xcalak there are many activities that will let you enjoy its crystal clear waters and discover its flora and fauna. The experience that cannot be missed is diving and snorkeling: a unique opportunity to know firsthand all the inhabitants of these waters. From sea turtles to multicolored fish, to small sharks, to lobsters, there is a marine world to discover.

So, what is your favorite park in Mexico? 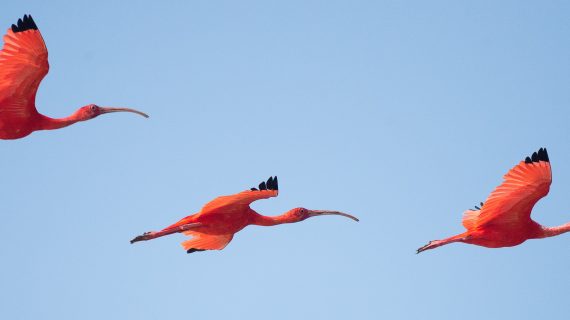 Tourism of Animals. Pros and Cons of a Growing Sector

Everyone once in life has been at circus or zoo. We have conflicting memories about them. Someone remembers it thanks to the astonishment to see for the first time the animal known only by schoolbook or toys. There are people who have seen a whip cruelly used on sedated tiger’s back. Let’s have a look […] 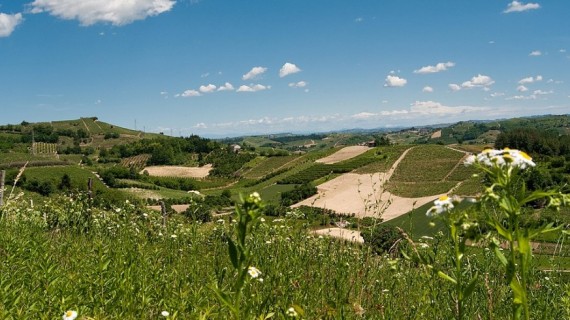 Roero: Canyons, Paths, and Castles among Langhe and Monferrato

A labyrinth of hills shaped by nature, incredible natural canyons, marine fossils, slow itineraries, ancient villages and castles that bring you back in time. Roero, one of the most charming landscapes in Piedmont. The Piedmont area situated among Langhe, Roero, and Monferrato is one of the most suggestive in Italy for those who love nature […] 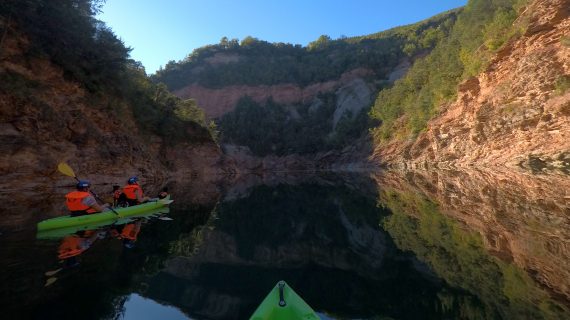 Our starting point is one of the romantic and eco-friendly chalets of Pineta Hotel, our destination is Val di Non where water, nature, and culture intertwine creating a place of magical atmosphere, the means of transport are our own feet, or perhaps a bike. These are the ingredients for a perfect and unforgettable weekend in […]