A journey through nature and ancient villages, dense forests and traditions, wildlife and crafts: today we head towards the green heart of Italy, where nature is protected and the life follows its rhythms, where each trip becomes an adventure, to discover the colors and scents of nature. From the mountains to the sea, we have chosen the 10 national parks that we like the most among the 24 in the Italian territory, to visit on tiptoe, in complete harmony with the environment, staying in beautiful eco-friendly accommodations.

Stelvio National Park, in the heart of the Central Alps 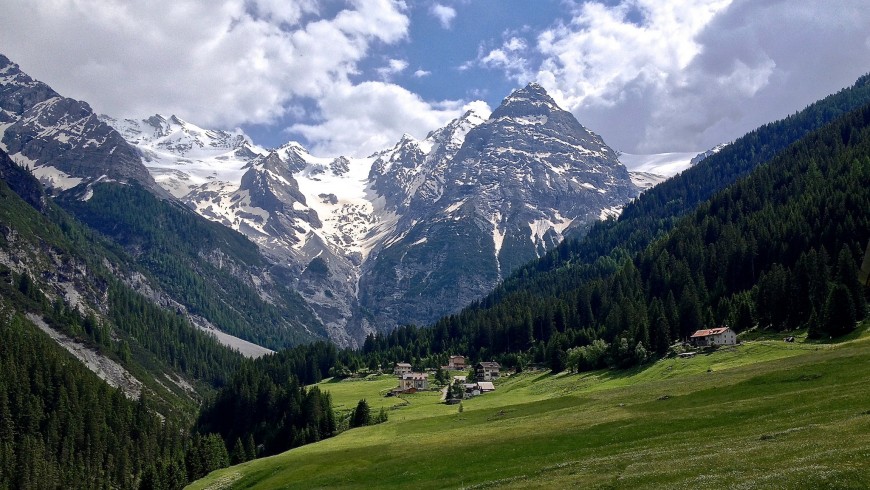 Rugged peaks and vast glaciers follow one another in this beautiful high-altitude national park, on the border between Lombardy and Trentino South Tyrol. 1500 km of paths lead us to the discovery of an indescribable nature and characteristic villages in it, on a journey that is intertwined with the history, on the military mule tracks and trenches that testify the events of World War I. Three-quarters of its territory is above 2000 meters and the Ortler reaches 3905m. Here live more than 260 animal species, including the golden eagle, deer and ibex.

Itinerary: Saent waterfalls, pristine nature, flora and fauna, the flow of rushing water are the elements of a short but wonderful hiking.

Where to stay: A Cogolo di Peio in the Trentino region, in the heart of Stelvio an eco-friendly hotel awaits you with a pool, free bikes, and a typical restaurant. 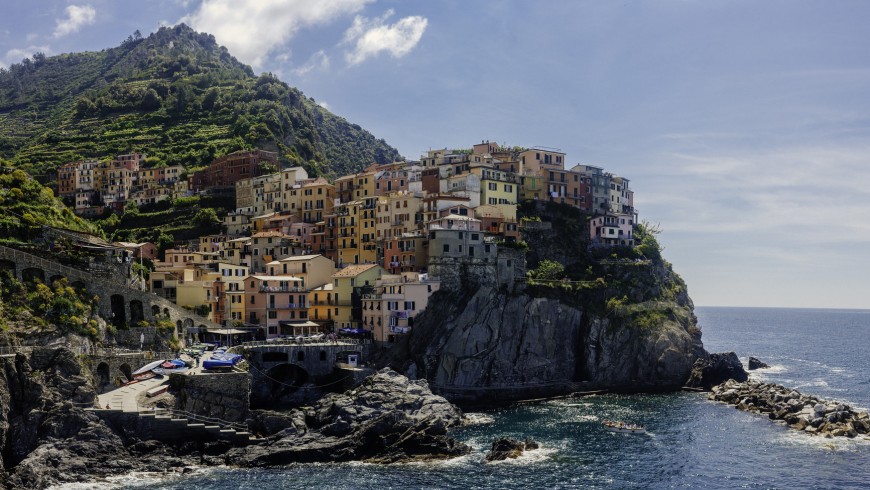 It is among the smallest national parks in Italy and at the same time the most densely populated: it is a park where the man has tried for more than a thousand years to adapt himself to a harsh nature, creating a unique place in the world, that leaves you speechless: the slopes of the hills, the scent of lemons, colorful villages on the sea, and even underwater routes. Not by chance, it has become a UNESCO World Heritage Site.

Itinerary: Cinque Terre, a day hiking to discover one of the most uncontaminated areas of Italy

Where to stay: in the charming village of Riomaggiore, at the Guest House Dai Baracca, in a historic tower in the old town that has become an eco-friendly hospitality.

Gran Paradiso National Park, the realm of the ibex 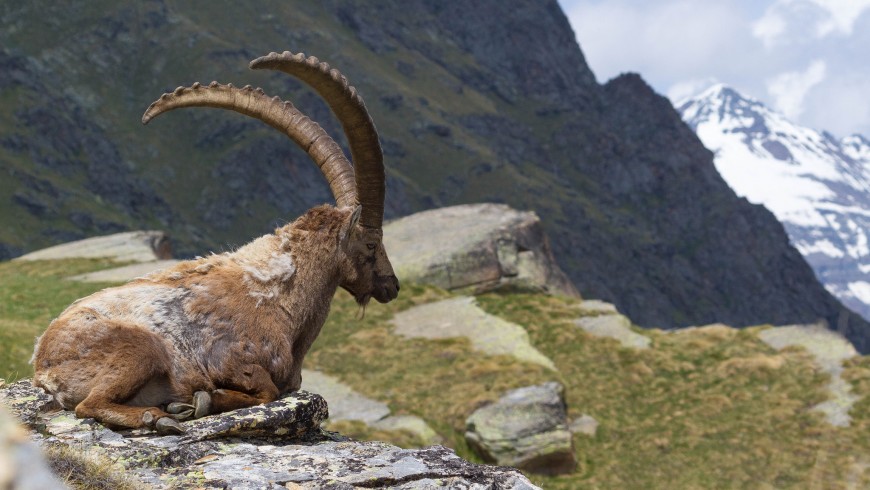 Let’s go back in the mountains, this time between Valle d’Aosta and Piedmont. Here the first national park of Italy was established, in 1922. A place to visit at least once in your life if you love mountain and its different environments: rivers and glaciers, larch forests and rocks. A place where human presence is minimal (only 300 people live within the borders) and ibex run free.

Itinerary: Lillaz Falls and Lake Loie, an itinerary in the woods of conifers and among marmots to reach spectacular views

Where to stay: the Hotel La Piazzetta is a jewel in the heart of Gran Paradiso National Park, located in the mountains at about 1600 meters in the center of Piamprato and just 100 meters from the ski lifts. 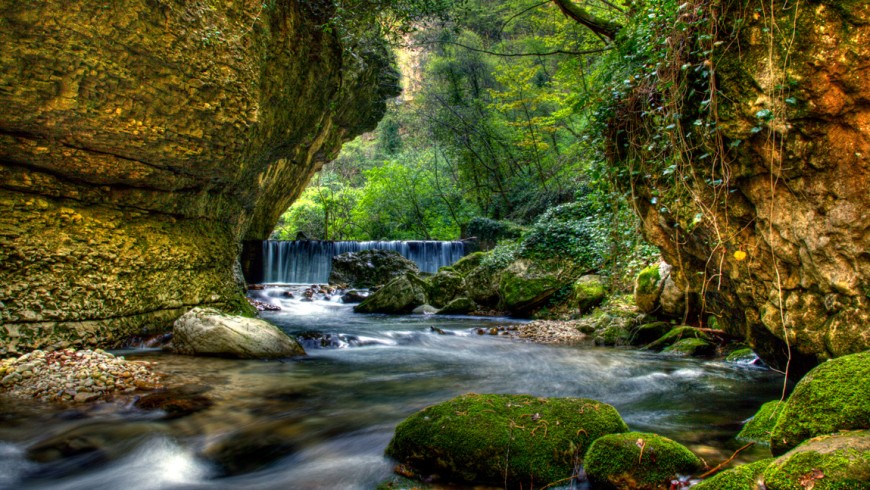 It is the park of the wolf, but the also the park of Hermitages and Abbeys. We are on the Mountain Mother of Abruzzo where caves and forests follow one another creating a really impressive place that inspires a deep spirituality.

Itinerary: in the heart of the spectacular Majella National Park to discover the Orfento River and its valley.

Where to stay: at the Majella National Park’s accommodation. La Casa del Lupo is eco friendly and promotes a culture of hospitality. 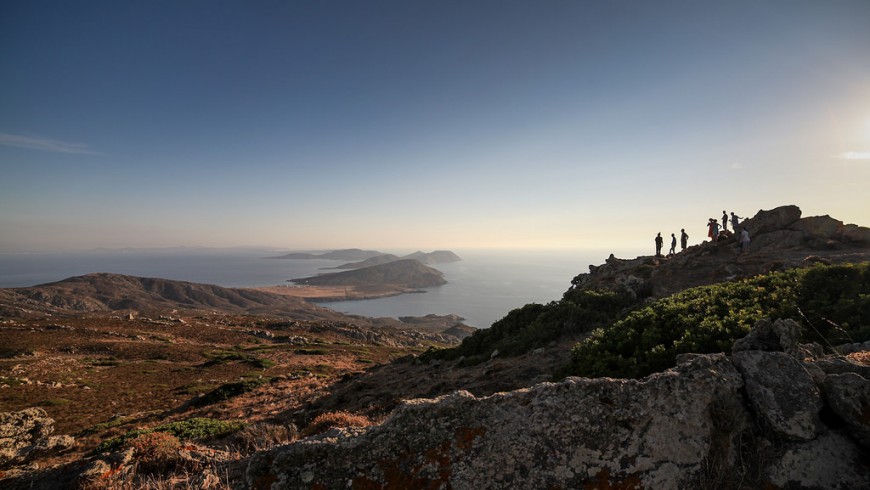 In the northern tip of Sardinia there’s the second largest island of the region where nature reigns. The crystal clear sea surrounds this incredible and uninhabited area where it is easy to see white donkeys, endemic species of Sardinia.

Where to stay: the nearest eco accommodation is in the historic center of Tresnuraghes, a typical village in the West Sardinia, overlooking the sea of ​​Bosa Marina. Villa Asfodeli is a sustainable Albergo Diffuso, but also a bike hotel with many facilities for your wellness, such as swimming pool, turkish bath, whirlpool and relaxation area.

Gargano National Park, the forests of the sea 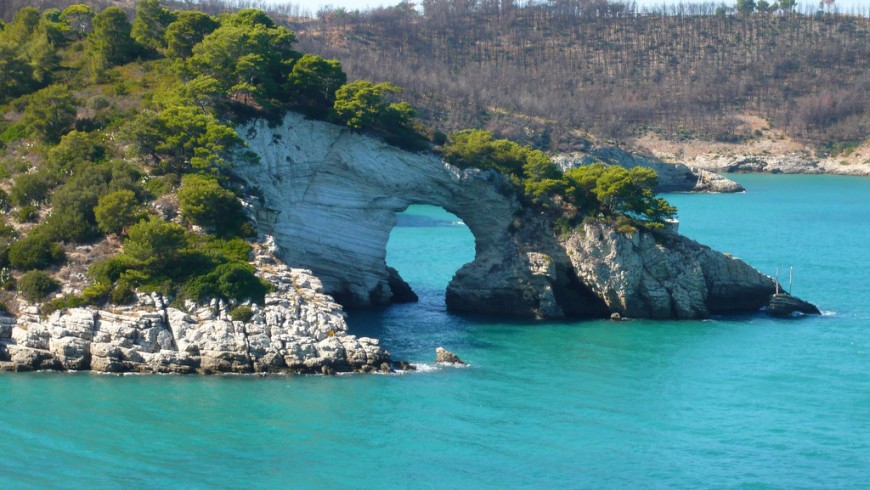 The “spur of Italy” is one of the largest parks of the Peninsula; a green and white calcareous  promontory that juts out to the deep and crystal clear Adriatic sea: a unique and harmonious marriage between sea and mountains in the midst of countless habitats, each with its colors. In lush greenery, perhaps the richest of southern Italy, there are hidden villages that have retained their original structure, with winding streets and whitewashed houses. Vieste, San Menaio and Peschici are an example.

Itinerary: the wonders of the National Park of Gargano.

Where to stay: Athlhos B&B awaits you in the peace of the  Gargano Park, just 4 km from the town of Vieste, where you can find yourself admiring the hills, the sea and unspoiled nature. 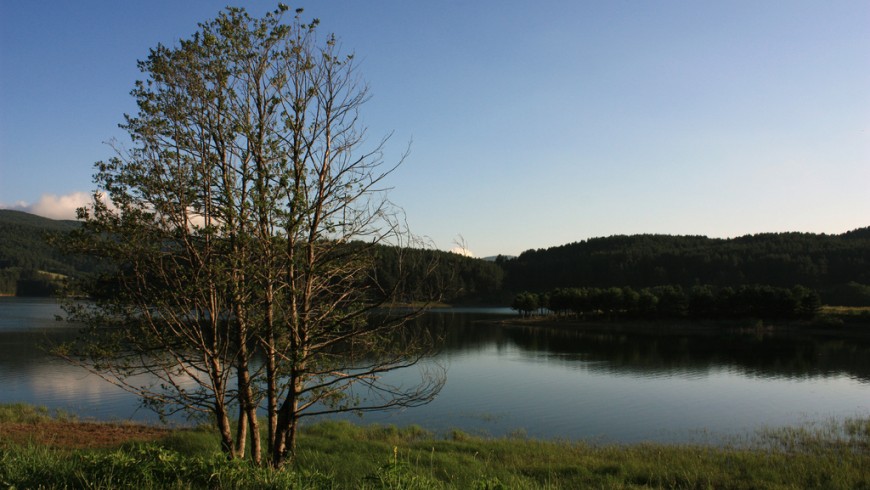 It is one of three national parks of Calabria and is the oldest one of the 3. It stretches between the provinces of Cosenza, Crotone and Catanzaro. It is a wild and unusual area characterized by a great diversity of landscapes, where you’ll be welcomed as a friend by those who live this place in its picturesque villages. Lakes, mountains and forests are waiting for an unforgettable holiday, to be spent by bike or on horseback.

Itinerary: the Valley of Soleo, one of the most evocative and pristine of the Sila National Park.

Where to stay: in the first mountain refuge of the park, among snow-capped peaks, forests and many slow routes.

National Park of Abruzzo, Lazio and Molise, face to face with the Marsicano brown bear 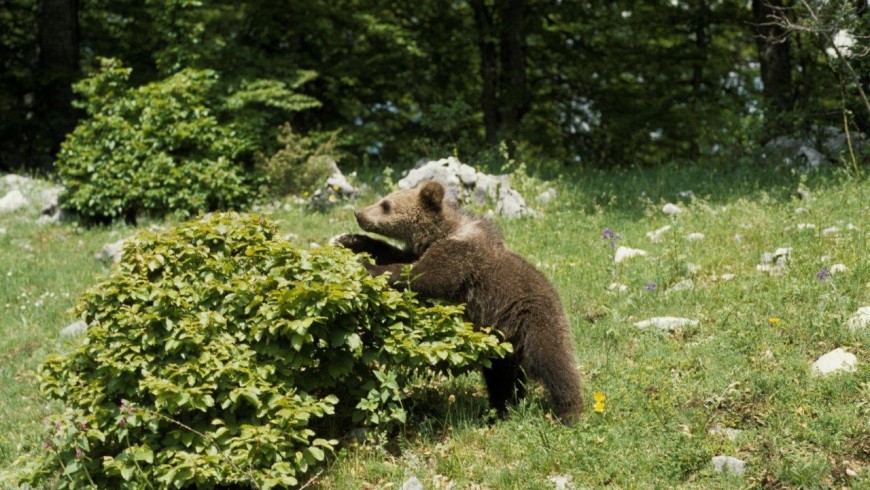 We are in the heart of the central Apennines, in an area of ​​50,000 hectares which includes 25 municipalities. Mountain ranges, rivers and karst phenomena create a beautiful place where you can rediscover a close contact with nature, between rich flora and fauna.

Where to stay: at B&B Prati del Lupo in Bisegna with panoramic views over the valley of Giovenco. The ideal starting point to discover the slow routes and wildlife of the Abruzzo National Park. 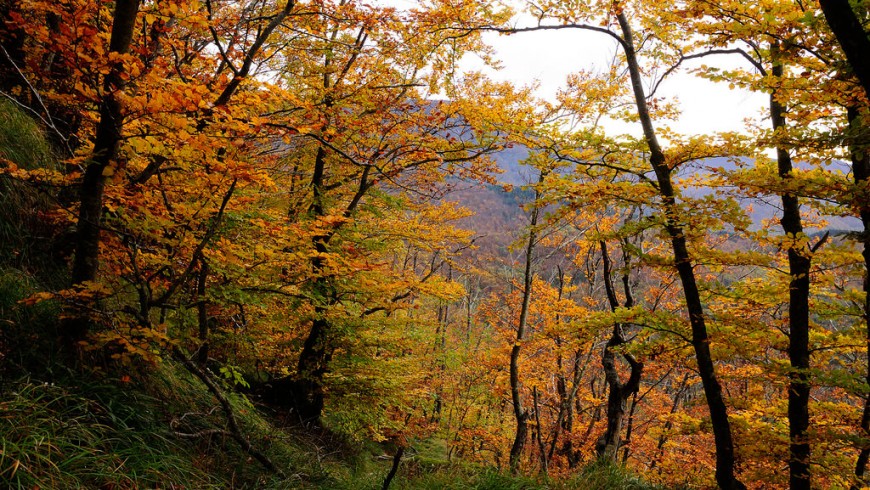 Ancient forests between Romagna and Tuscany are the incredible background of a remote history, which begins with the first Etruscan settlements. Here the architectural and cultural heritage represent a great wealth like the biodiversity of the region. It is one of the largest forest areas in Europe, with a hiking network of 650 km.

Where to stay: in Tuscany, in a sustainable hospitality in an old farmhouse among woods, streams and wolves, deer, eagles and squirrels

Belluno Dolomites National Park, the wild side of the Dolomites 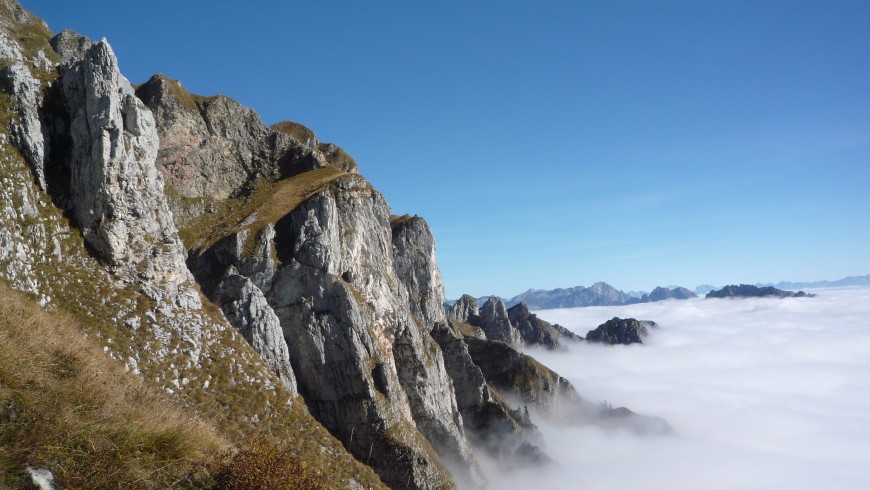 Let’s go back to North Italy, in the province of Belluno where we expect beautiful landscapes and natural treasures of inestimable value. The southernmost part of the Dolomites gives us the dungeons wild mountains where you can enjoy solitude during strenuous hikes.

Where to stay: at the gates of the Natural Park, in the green Val Belluna, in the eco-sustainable bed & breakfast Terra e Nubi with organic breakfast and free bicycles.

Have you ever visited one of the national parks in Italy? Tell us your experience!

When nature meets art: 5 parks that you can’t miss in Italy

10 unforgettable parks where spend a romantic night in Italy