Every year, winter sports attract many tourists in the ski resorts, and when there is a lack of natural snow, we move to the production of artificial snow with snowmakers, when is sufficiently cold to maintain it. Nevertheless, the creation of artificial snow, diffused also thanks to global warming, implies the consumption of an impressive amount of water and energy. But we are aware of the true costs of the artificial snow?

Before to watch at the costs it could be good asks ourselves, which are the causes behind the growth in the use of snowmaking means. Following the “Clime Report” by the Research Centre EURAC in Bolzano, the warming measured in the Alps in the last 100 years is the double of the average value of the European one (about 2 degrees). The temperature slowly but steadily grows up with devastating consequences also for the Alpine environment and a negative impact even on winter tourism.

The increase in temperatures and rainfall could lead to a decrease in the snow on the mountains with direct consequences both on the traditional mountain landscape and on winter tourism.

Snow-covered areas would decrease compared to current surfaces, making up for the lack or scarcity of snow only with artificial snow. This practice, which is advantageous for ski resorts and for winter sports enthusiasts, however, has high environmental costs.

To artificially snow the slopes, large quantities of water and energy are needed. In addition, artificial snow, given its different composition, is also capable of altering the environment and ecosystem of the affected Alpine areas.

Data on hand, the impact of artificial snow 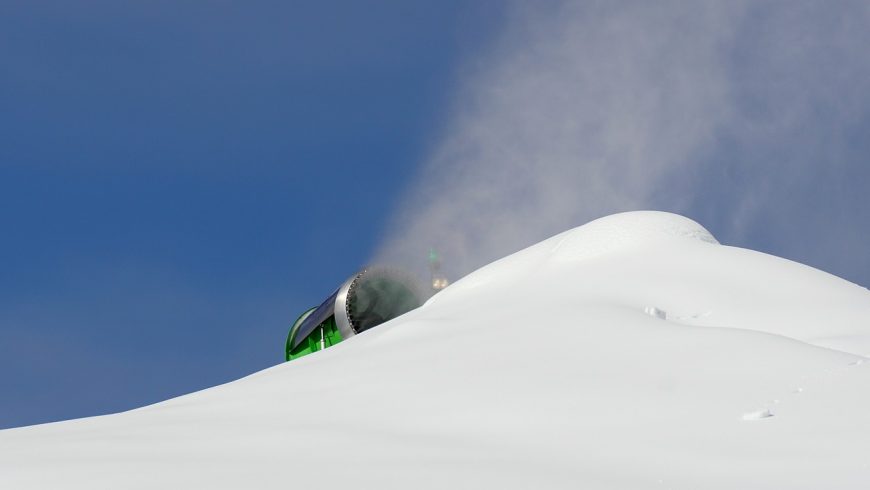 photo by Suju via pixabay.com

So what are the numbers of artificial snow?

According to the Legambiente 2019 Dossier (in Italian), up to 20,000 cubic meters of water are needed to put the so-called ‘snow cannons’ into operation to whitewash a medium-sized ski slope 1,600 meters long.

To this colossal waste of water resources we must add the electricity needed to power the cannons, the noise pollution produced by the plants, the air pollution generated by the trucks that must transport the ‘technical’ snow from one part of the valleys, as well as the massive use of polluting additives that have heavy repercussions on alpine fauna and flora.

The figures distributed over time take on significant weight. According to the WWF’s study (report in Italian), about 95 million cubic meters of water and 600-gigawatt hours of energy are used to feed the so-called ‘snow cannons’ which, in suitable weather conditions, transform a certain amount of water into the snow every year of 136 thousand euros per hectare of the track.

From the same report by Legambiente mentioned above, we can learn that in the Trentino region the skiable area is 1536 hectares of which 1279 are artificially snow-covered. This leaves us only to imagine what the necessary economic commitment could be and how much damage could be caused to our localities.

Furthermore, artificial snow has a high density and concentration of liquid water compared to natural snow, consequently, it has a greater weight and a lower thermal insulation capacity between soil and atmosphere. These factors cause the underlying soil to freeze, preventing the passage of oxygen and causing the death of all the vegetation below, altering the ecology and biodiversity of the mountain slopes.

A look to the future, sustainable Olympics? 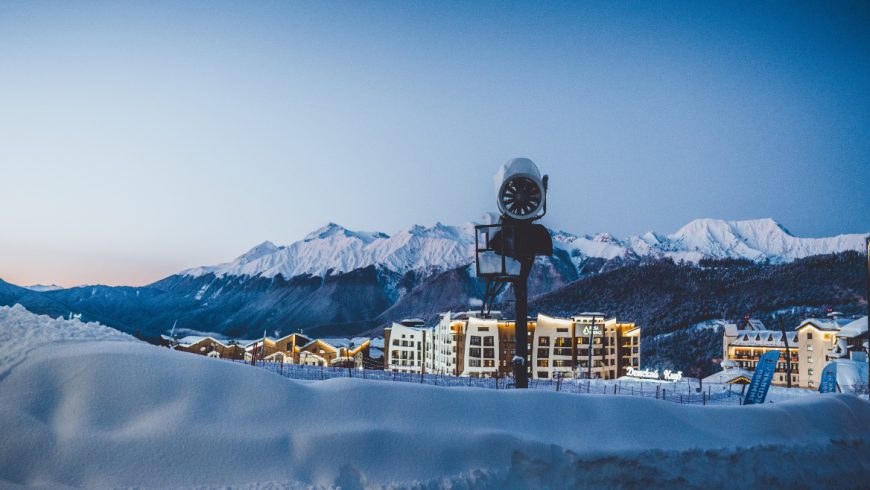 Photo by Arseny Togulev on Unsplash

Addressing this topic, we cannot forget that Italy will be a protagonist in 2026 of the Winter Olympics. It is undisputed that events like this bring huge profits and that a need for further economic development can be met, however it is equally necessary that this development takes place in a sustainable key. There has been a lot of talk about “zero impact Olympics” and in this regard, the Legambiente site reports the main points addressed to the president of the autonomous province of Trento: 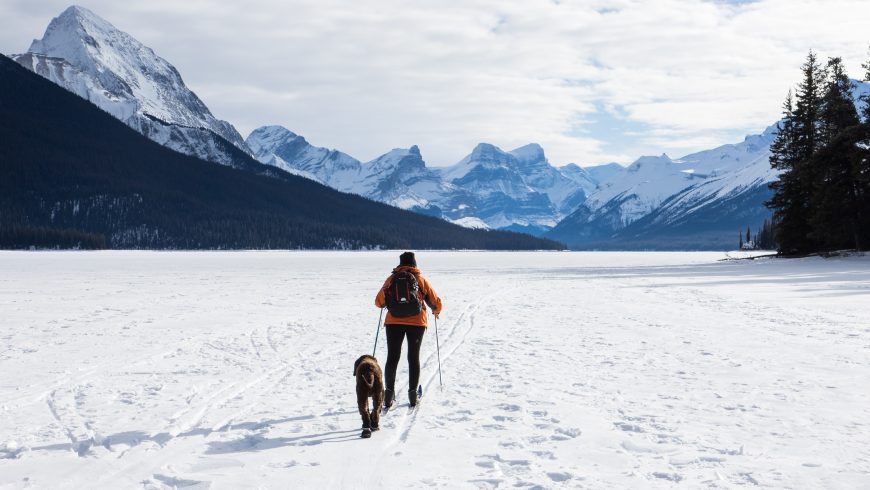 Photo by jasper guy on Unsplash

While it is true that the artificial alliance maintains the economic equilibrium of ski resorts and related industries, it is equally clear that it poses a great danger to the environment. The use of means for artificial snow is therefore not only expensive but also unsustainable for Alps, aggravating the damage caused by global warming.

In this perspective, it is not only a benefit that provides for artificial snow to be regulated, but it would be interesting and comforting that for the tourists present presented various initiatives related to the wonderful alpine ecosystem, which is not limited to ski slopes but which can offer emotions 360 degrees. 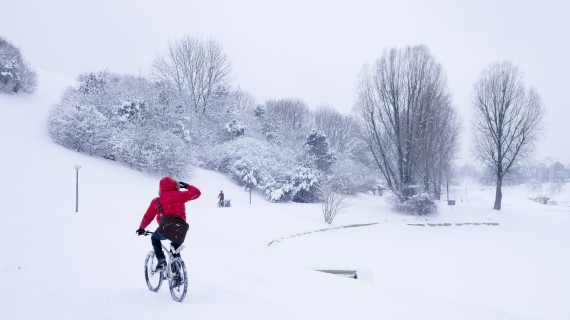 Snowbike: enjoy riding on the snow in Italy!

Finally winter has come… and with it the long-awaited …Snow ! Here’s a different funny idea … in order to use your mountain bike even in winter: the “snow bike“! Trails and unpaved paths covered with snow can be enjoyed biking! Do you want to take a vacation, or do you want to experience something […] 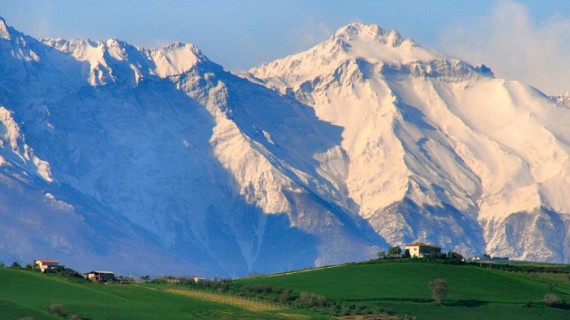 10 trips with snowshoes, from Alps to Abruzzo, to celebrate the beginning of the new year

Along the wire of Alpine Pearls and then moving down to the south, across the Apenninni, here are some suggestions to celebrate New Year’s Eve within silent and soft snowy landscapes. We have found out for you 10 trips with snowshoes to enjoy new places and slow down with your working pace, but also to […] 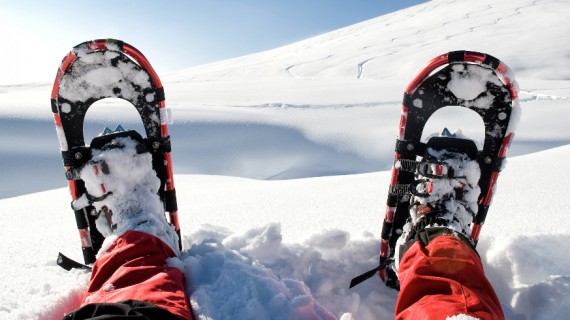 Snow arrived all over Italy. Temperature dropped down and … here we go again: my friends force me to practice one of the numerous activities you can do when it’s a white winter. No matter how many times I informed them more or less openly I am a sun lover and my favorite sport would […] 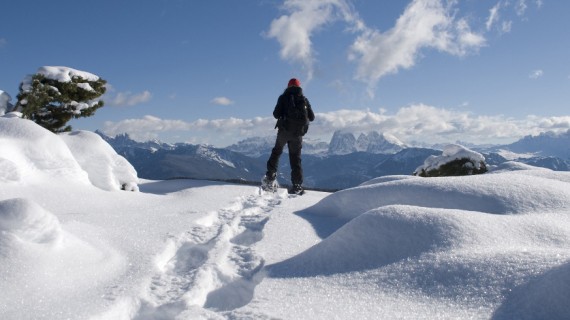 5 itineraries with snowshoes in Italy that you can’t miss

Snowshoes were probably invented in Canada, in times very distant, perhaps as early as 6000 BC. Since then they were used by the inhabitants of the Arctic areas to move, by the peoples of the Asian mountains to hunt and by woodsmen of the Alps collecting firewood. Now snowshoes, which are no longer made of […]