In Amsterdam bikes abound. The inhabitants of the Dutch capital have increasingly chosen the bicycle to go to work, to shop, and to go out through the parks and canals of the city. And the city is adapting and promoting this sustainable lifestyle of its citizens. Annually they invest to build a world that respects the environment, focusing on eco-sustainability. So in 2011 the idea of ​​a bicycle and pedestrian tunnel that runs through the central station, the center of the city, was born. 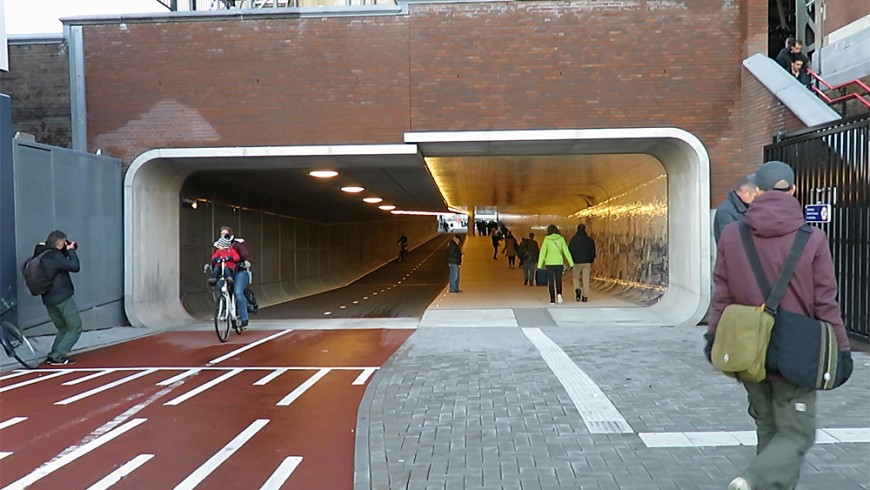 On 21 November, the tunnel was opened and now pedestrians and cyclists will not have to go through the station or go around it to get to the ferries. 110m long, 3m high and 10m wide, divided equally between pedestrians and bikes; and in the middle a beautiful mural of a stormy sea and its ships. It is a new interpretation, designed by Irma Boom, of an ancient murals of 1700 that was made by the artist Cornelis Bouwmeester. 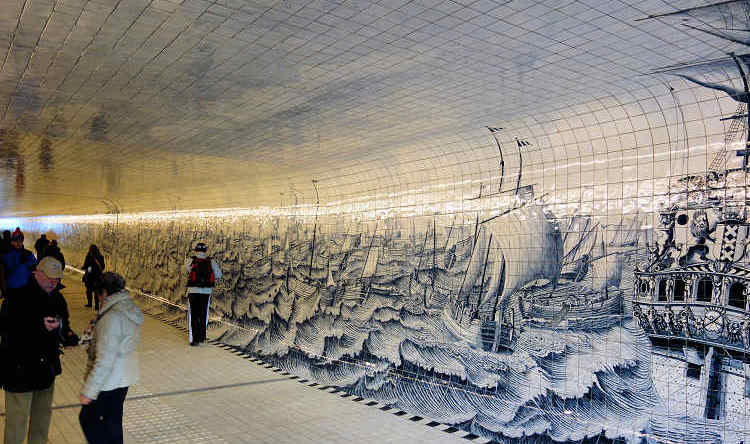 The Netherlands, once again, shows a particular attention to the best practices of its citizens and ecology, while other European country are watching and are left behind. A project, which required years of work, but that allows citizens to ride a bicycle safely and saving also important minutes (especially in the morning, when we overslept!). 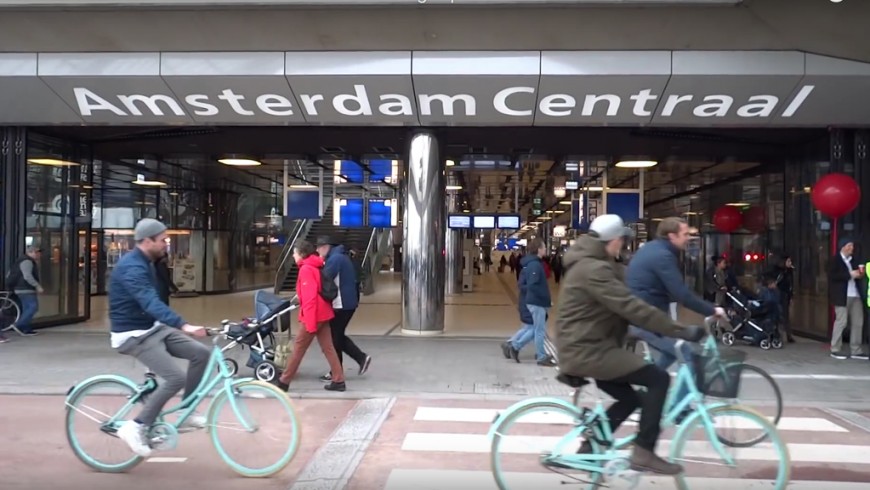 Tell us how the cycle paths of your city are and if there’s the need to make projects similar to Amsterdam’s bicycle and pedestrian tunnel!

Video of the new tunnel for bikes in Amsterdam