Laos is culture, tradition, nature and memory .. Discover some peculiarities that make Laos a unique destination of its kind.

“Tourism is like a rice field. If you have a rice field, you can always eat. Tourism will be your rice field son.”
(taken from the documentary “The Remnants – la guerra che resta”)

Did you know that during the Vietnam War, over 3 million tons of explosives were dropped in Laos? At that time, the population was 3 million. Located in northeast Asia, nestled between China, Vietnam, Cambodia, Thailand and Burma, Laos has a population of about 7 million inhabitants, and it is the only one of the three states that made up French Indochina landlocked. After years of invasions and isolation, Laos regains peace and is ready to tell its own story.

In the pristine areas of Laos, we switch from the vast plains of the Mekong River Valley to the peaks of the Annam. These territories are reminiscent of distant times and seem to have little in common with today’s hectic and globalised world. But this remote reality recognizes in the future a possibility of redemption.

Ready to immerse yourself in Laotian culture? 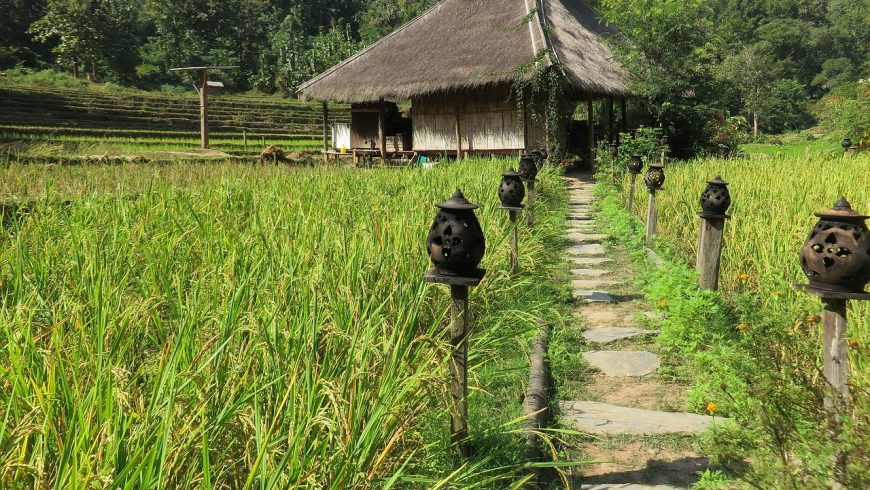 “We must make the most of the remnants of war to preserve our history”.
(MR Nouds, taken from “The Remnants – la guerra che resta”)

Mr Nouds, considered as the most knowledgeable in the area, is a guide who runs the tourist business founded by his father. His goal is clear: he firmly believes in memory and he believes that the fundamental task of tourist guides is to tell the story of their country. He speaks of the tourist’s awareness towards history, its consequences, and the present world. It is no coincidence that the agency is called “Sousath Travel – education, adventure and ecotourism”.

Here are some peculiarities that make Laos a unique destination of its kind.
Let’s start the discovery with a more conscious and curious eye: 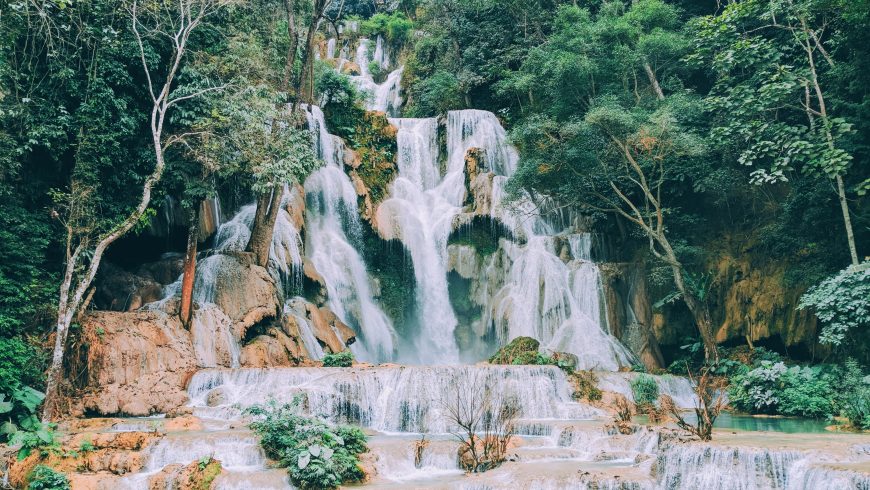 Photo by note thanun on Unsplash

Located in the Northern part of the country, Luang Probang is the ancient royal capital. In 1995 the city was declared a UNESCO World Heritage Site and currently hosts 32 Buddhist temples. It is known for its monks, the former royal palace now converted into the National Museum and the UXO (unexploded ordnance) Centre.
One of the goodies of this city is the night market: every evening more than 300 merchants fill the streets
of the centre offering typical products of the local ethnic minorities. How to recognise imported and nonimported products? A local handicraft product always presents the Luang Prabang handmade sticker (which indicates membership of the local craftsmen’s association). 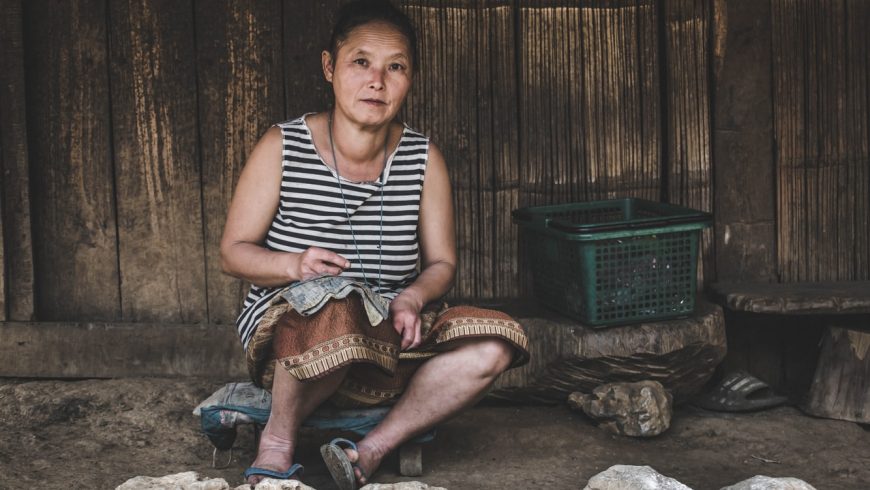 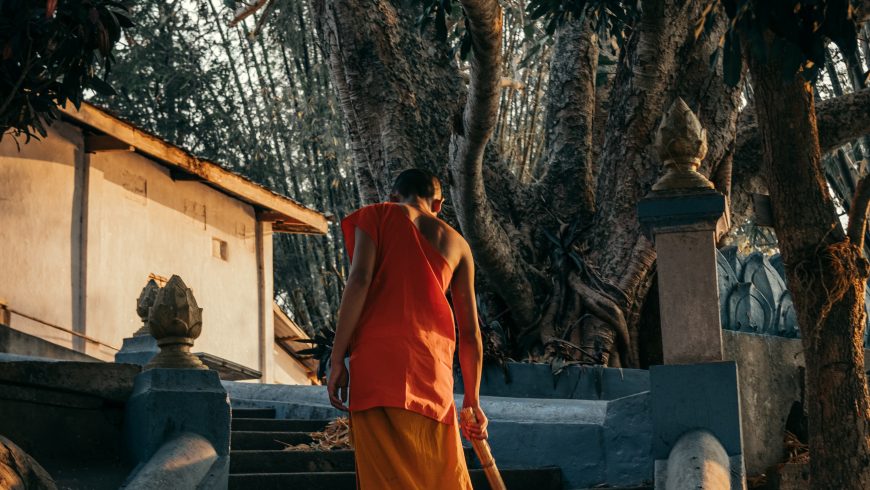 Monk in a temple in Luang Prabang, photo via unsplash

This village is located in the Plain of Jars, on the plateau After visiting the archaeological site, whose jars date back to 500 AD, you can stop at the so-called “Spoon Village”. What’s so interesting about a spoon? These spoons are the result of the casting of scrap metal. But we’re not talking about just any metal! The raw material comes from unexploded ordnance. The population has managed to breathe new life into these objects which have been reinvented, rediscovered by new eyes.

Trip along the Mekong on board of “bomb” boats

Visiting Laos, you can’t leave without first taking a tour on board the “bomb” boats. After the bombings during the war, Laos had to deal with millions of unexploded ordnances across the country. This situation made it difficult to build houses, roads and work in the fields. Nevertheless, many people have seen metal as a potential business: today it is possible to travel along the waters of the Nam Kading River on boats built using old tanks of warplanes. 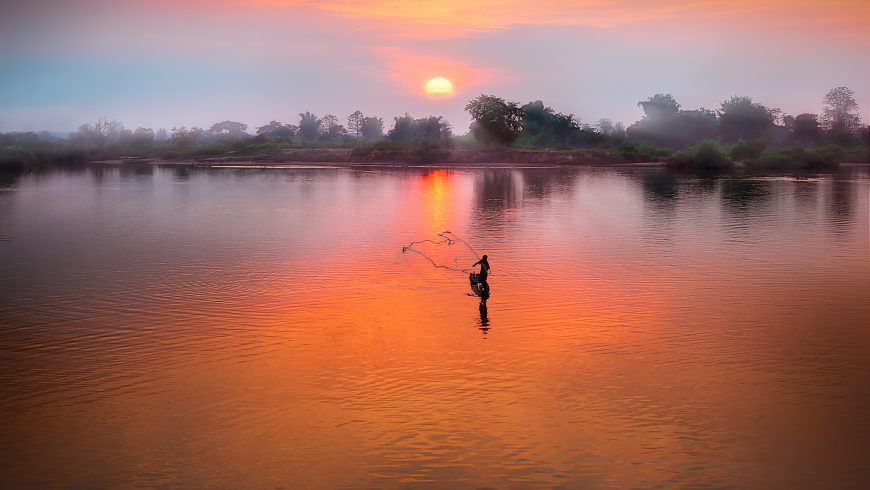 Photo by Simon Berger on Unsplash

A trip along the Mekong is the best way to immerse yourself in the Laotian vegetation and observe the villages that develop along the banks of the river. During the trip, among the various beauties surrounding the river, you will find the Pak Ou sacred caves, where encounter more than a thousand statues of the Buddha. I dare you to count them all!

“The most secret country on Earth”, but the busiest. Between 1968 and 1969, more than 400 military planes a day landed on this runway. Located in the Xaisomboun region, Long Tieng was converted into a military base by the CIA and used throughout the Vietnam War. Despite a considerable population growth, the “secret city” never appeared on the maps of that period. What secrets and stories this airport will keep! 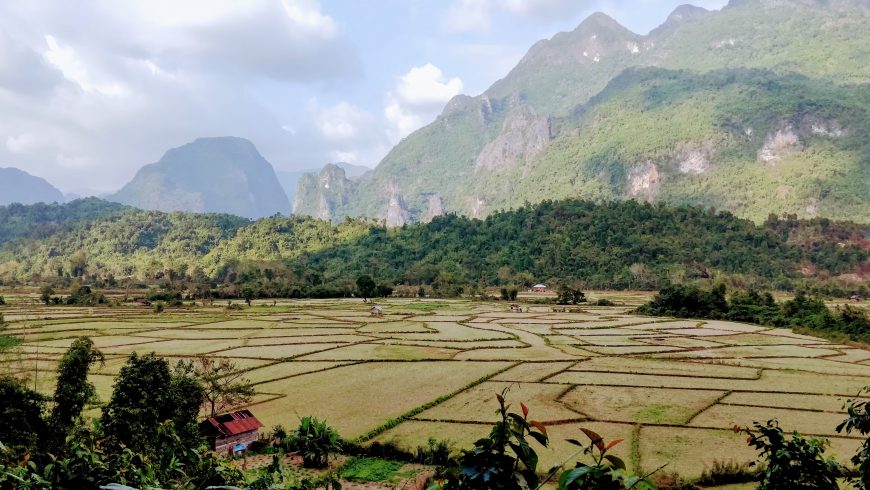 Photo by Pascal Müller on Unsplash

Laos is culture, tradition, nature and memory. Its beauty can be experienced through trekking, climbing, mountain bike, kayaking, and many other outdoor activities.
A conscious and eco-sustainable journey can make a difference: it can give countries like Laos a chance to get back into the game, not get stuck in the past and look to the future.
And you? What are you waiting for? Set off on your adventure! 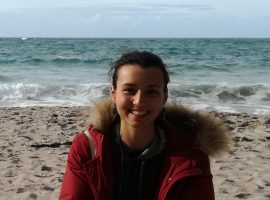 Author: Alessia Filippo. From Italy to the world, I travel for passion and curiosity. Always ready for new adventures, I search for authenticity in the places I visit. For me, travel is culture, landscapes and stories. 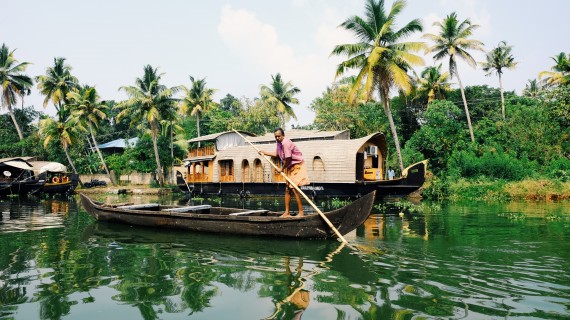 Traveling around Asia is on its own a very fulfilling experience. Visiting all the landmarks and eating exquisite local food already leaves you with many memories you’ll cherish and happily share with everyone around you. However, you can level up your experience traveling around Asia by going out and networking with locals. It can sometimes be difficult […] 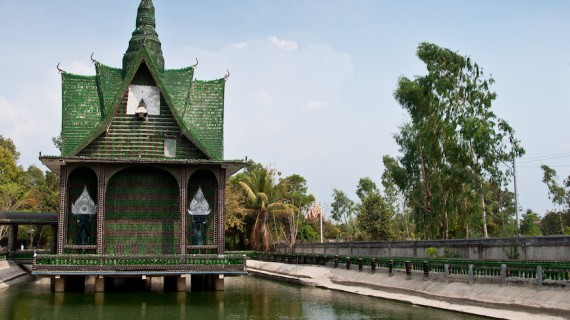 Thailand is perhaps one of the most beautiful places in the world, and is one of the most visited countries. Millions of tourists each year fall in love with the beaches, are enchanted in front of the temples, discover flavors and traditions of the rich Thai culture. And so Thailand has also become one of the […] 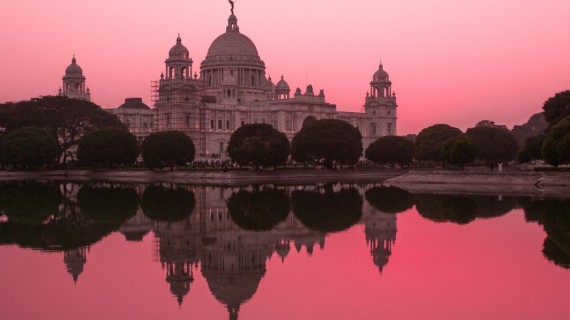 Our journey discovering the world of sustainability today is bringing us far away: next stop, India! Find out 10 of the best eco-stays in the land of temples, of the River Gange, and of the hundreds of colors. But first, we should try to answer an important question. Which one? Keep reading to find it […] 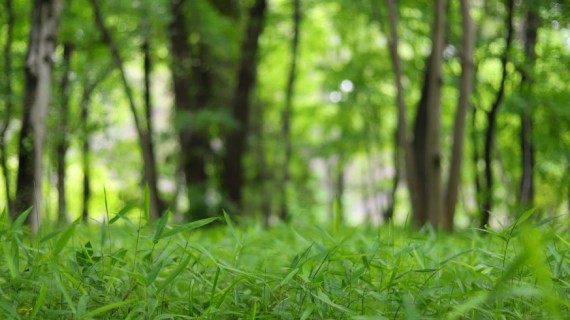 China, the Green Wall which will stop the desert advancing

China is rebuilding the Great Wall but, this time, it is made of Trees and it will stop the Desert advancing. Let’s discover the Great Green Wall, the biggest man-made forest in the whole World. China has been dealing with an enemy for over 50 years, for its danger, it could be compared to the […]