From finding vegan restaurants easy, to translate in foreign languages the menus… Discover the best travel apps for vegans!

Even though ‘vegan‘ or ‘Veganism‘ is mainstream and established lifestyle, that is well-known around the globe, yet, many eateries do not cater to vegans, as one would hope and want. This makes traveling a daunting endeavor for plant-based eaters, and they face various challenges upon their arrival to their destinations. But now, in this digital era automating every human need, vegans also have a bunch of mobile applications assisting them in their travels and daily routines – making their lives easier and taste buds happy. So be sure to check these out and download the one that suits your needs, before boarding that plane!

Here are some of the best vegan travel apps available.

This app shows vegan menus of popular restaurants and fast food places. It also caters to anyone looking for menus according to specific ingredients, which also makes it convenient for anyone with allergies. The app keeps regularly updating with newer options to explore.

Its best features include the availability of options offline. Its complete database of vegan restaurants can be downloaded on to the phones, which makes its accessibility easier when there is no internet connection.

VegVisits is an out of the box solution for vegan travelers. Since finding an eatery with decent vegan offerings can be hard and taxing, both physically and mentally. So, to curb this issue, VegVisits came with a perfect solution of providing vegan foreigners with ‘vegan hosts’ across 80 countries.

You can rent a room, or the kitchen for a couple of hours or even the whole house if you need it. Having a vegetarian host can be encouraging, and they can help you find the best vegan fix, which includes vegan restaurants, markets, and even nature spots and local attraction destinations within the country.

The name is definitely inviting, and so is the app. Surprisingly, this app has been working since 1999. Since it has been in the game for a long time, its extensive vegan restaurant database reflects that.
You can search for vegan eateries in over 180 countries. HappyCow also shows your reviews and ratings from fellow vegans, and this makes your decision making easier. Apart from that, it also shows vegan bakeries and other vegan-friendly stores, so you can have a little more freedom in terms of eating choices.

Not necessarily a ‘vegan app,’ but definitely the one that needs to be installed on your smartphone. Not only can you communicate with a foreigner using the ‘conversation’ feature, but you can also translate ingredients to check off that vegan-list.
Google Translate isn’t the best with long sentences and may have its shortcomings, but it is still popular among travelers and can make a vegan’s lifeless painful, especially while assessing the options on a menu.
All you need to do is point your camera at the menu in a foreign language, and it will translate it in your language of choice. Perfect right?

AirVegan is a handy solution for your airport hunger pangs. Instead of aimlessly walking around at various airports finding a vegan meal – use AirVegan. It rates how vegan-friendly an airport is and lets you know the best vegan food spots within the airport.
So for everyone fighting the hunger at airports or worse, have vegan children along, can utilize this app for a peaceful and satisfactory time at the cold airports.

In case you need quick phrases in a foreign language to communicate your order or ask queries, then this app is for you. V-Cards: Vegan Abroad has translations in over 100 languages of important vegan phrases. Simply choose the language, and it will display a card that contains an explanation of what vegans can eat and what they cannot in that language.
So now, your ordering can become easy and without any back-and-forth dead-end communication with the server. All vegans have already had enough of that, and these apps can reduce that headache to a bare minimum.

MeetUp is a popular app for travelers that are social butterflies. This app lets you meet people with similar interests and make good friends. Hence, Vegans can click on ‘Explore,’ type in ‘Vegan‘ and give you plenty of options to choose from, including upcoming events nearby.
This app is a great addition for vegans since they can meet fellow vegans within the new foreign city they are exploring and get help visiting the best spots.

A similar app like V-Cards: Vegan Abroad, that provides important vegan phrases that help you in your order placements at a restaurant or on call. This particular app supports over 50 languages. So whichever app works for you, simply download and use it whenever needed.

In case you are looking to cook vegan food while you are abroad at a nice place you rented through VegVisits, you can download the Food Monster app for free. This application is vegan recipe heaven with over 5000 recipes and counting.
So not only you get to stay with vegan hosts, you can go the extra mile and cook yourself a deliciously healthy and vegan meal.

Vegans who are travel-freaks can no longer fret about the most important things – that is food. Everybody looks forward to delicious meals abroad, without the hassle of literally hunting down places that offer that food you require. Veganism isn’t a lifestyle; it’s a movement.

Software development companies really did a wondrous job is creating these apps that assist vegans in their journeys to different countries – from translating their concerns in foreign languages, meeting like-minded people and communities to finding eateries that would tantalize their taste buds for them to remember. So happy traveling to all vegan brethren and hope you get to make amazing vegan-friendly memories in all your travels! 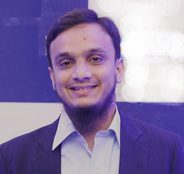 Being vegan is more than just a diet: being vegan is a real philosophy of life based on solid foundations, that in a short time involved an increasing number of people. A few years ago in Italy there was a kind of unconsciousness or even ignorance about the meaning of vegan, which was only approached […]

Vegan holiday in Italy: here’s where to go

The vegan and vegetarian choice is now more and more widespread, in Italy and in the world. If until a few years ago eating out and spending holidays was not so simple, especially for vegans, now a large number of accommodation facilities offer menus dedicated to these special diets and some completely embrace the philosophy […]

Holiday in the Italian mountains with vegan or vegetarian cuisine: where to go

Are you planning your holidays in the mountains, but you are vegan or vegetarian? We have replied to Anna, an eco-traveller who wanted to know more about it. There you have a list of places where you can go and enjoy your vacations. Anna was looking for a hotel where she could have met her […]