Let’s move on with our trip trough fairy-tale woods, centuries-old trees, and magical landscapes. Here we are in Pratomagno, a mountain range that rises between Valdarno Superiore and Casentino, north-west of Arezzo, to finally reach Florence. Its white and majestic shape overlooks Valdarno. 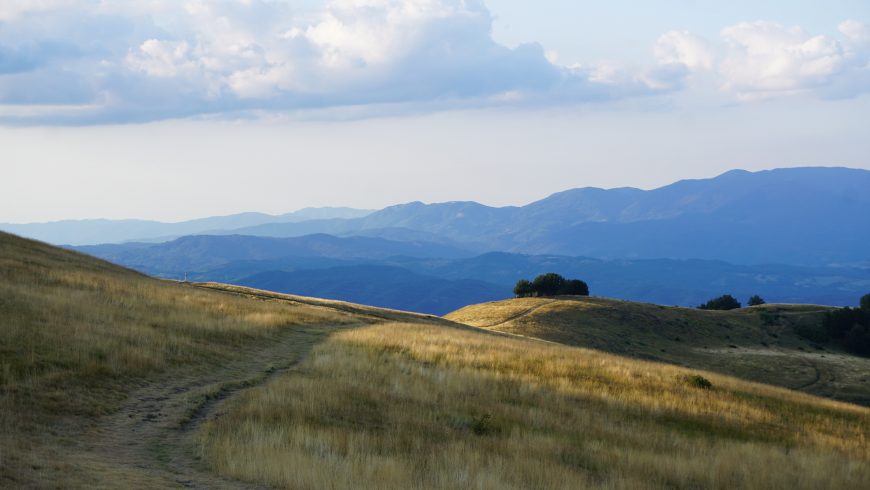 Two days walking through the forests of Pratomagno

Let’s discover its beauties through a two-day hike between Florence and Arezzo. During these days, you have the chance to move across the snow-covered terrain with your cross-country skis. Alternatively, you can go for a pair of snowshoes. Sometimes, the fog can make the orientation hard, At the same time though, it creates a fairy-tale landscape with the magic of the soft rime that melts at the first ray of sun. 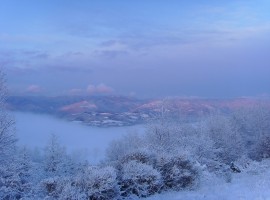 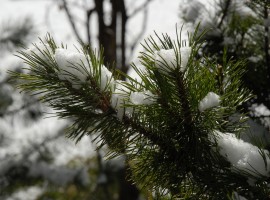 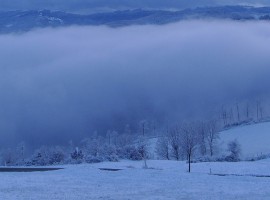 The magical wood of Vallombrosa

It’s not hard to recognize the footprints left on the snow by the deers and roe deers that populate the woods around Vallombrosa. The terrain of Pratomagno is covered by a tender grass (hence its name), on which cows, sheep, and horses graze. Although this wood is considered as centuries-old, the proper definition would be “Natural Biogenetic Reserve”. Beech trees, chestnut trees, pines, and withe fir trees form part of it. Some of these tree trunks can reach a height of 30 meters! Can you imagine that? They will leave you speechless. 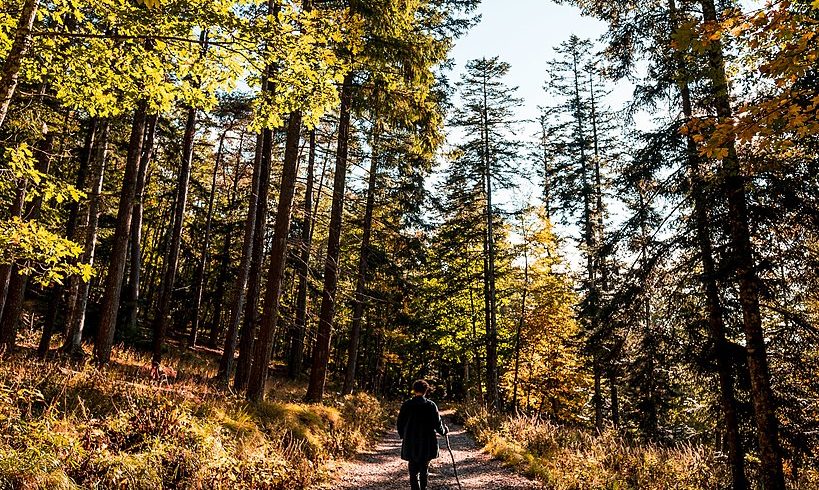 Along the tour, you have the chance to visit Vallombrosa Abbey and live surrounded by nature. Don’t miss the opportunity to go into the pine grove and discover the botany, together with old traditions and a meditation, artistic and spiritual path.

The imposing building, with its tower and bell tower of the 13th century, has the appearance of a castle whose seventeenth-century façade is by Gerardo Silvani. Inside the abbey, there are many works of art, whereas in the forest around it you can see the chapel and tabernacles. 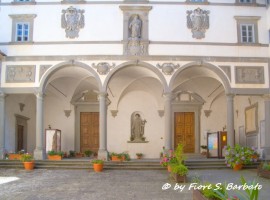 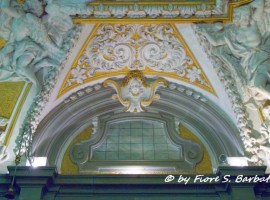 interior of the abbey 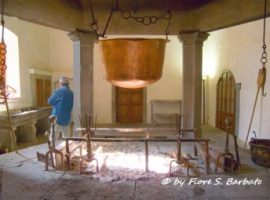 interior of the abbey

In addition to mammals, many insects live in this forest. One particular species is the Carabus auratus, which is a ground beetle that lives just here. Among the birds, you can admire buzzards, hawks, owls, wild boards, jays and woodpeckers.

San Benedetto Alp is rich in culture and natural beauties. When the weather is bad, you can hear rumbling and other strange noises called “brontidi” from its subsoil. Besides, on the massif, which is morphologically changing, many caves are present.

At the foot of the San Benedetto Alp stretches the vast basin of Mugello, a bottom of a lake that in the Pleistocene era extended for about 300 kilometers. Nowadays, it appears as a gently undulating land, dotted with farms, fifteenth-century villas, and Romanesque parish churches.

Along the itinerary with skis and snowshoes, there is a hermitage of the 11th century Vallombrosan monks and the retreat of Santa Maria, parched on the mount Sinaia.

Even Dante talked about San Benedetto in Alpe. He cited it in his Inferno (Hell) for its noisy waterfall, La Caduta, formed by the Acquacheta stream. This stream, in turn, is divided into a thousand streams on the sandstone slab, arranged in tiers. Thanks to the integrity of the area, it will be possible to create a natural park.

During the winter, the snow embellishes the waterfall with stalactites and frozen arabesques. The rumble of the water is almost mute. Don’t miss the chance to visit the Apennine with the magic of the snow, it’ll be an amazing experience. 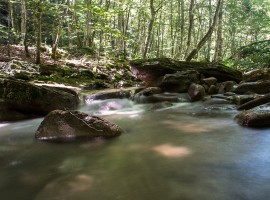 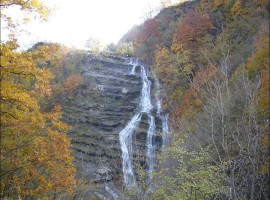 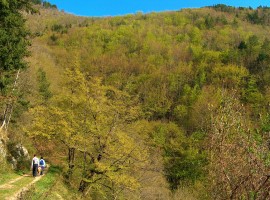 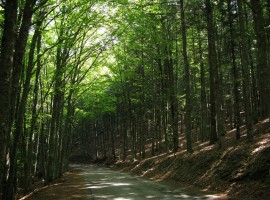 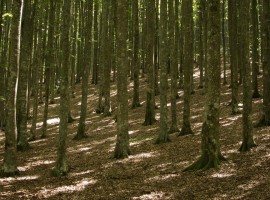 Itinerary from Passo della Consuma to Varco di Reggello, towards the top of Pratomagno

This very intense itinerary requires at least a few stop-overs, so better consider a trip of at least two days. In this case, don’t forget to plane in time where to stay and eat. You can choose between one of the different green accommodations in the area of Pratomagno.

When you arrive in the town center, from the little square of Consuma, take the road south until you meet a junction characterized by a tabernacle. Then, keep the right following the sign of the CAI of Florence. Walk for more than a kilometer and reach the village of Croce di Ribno (1o98 m). As you leave the path, you have to reach the road Cosuma-Vallombrosa (and remember to keep the right at the fork).

In the winter period, the road turns into a perfect cross-country ski slope, also for snowshoes lovers. Anyway, after reaching Vallombrosa and visiting the Abbey, stop by Saltino.

The old-centuries fir trees of the biogenetic reserve led the traveler in a beautiful scenario. From here, cross the spring of Santa Caterina and take the path up to a climb that leads to Macinaia(1334 m). Along the walk, you can see how the landscape changes, when the firs make way for the beech trees. 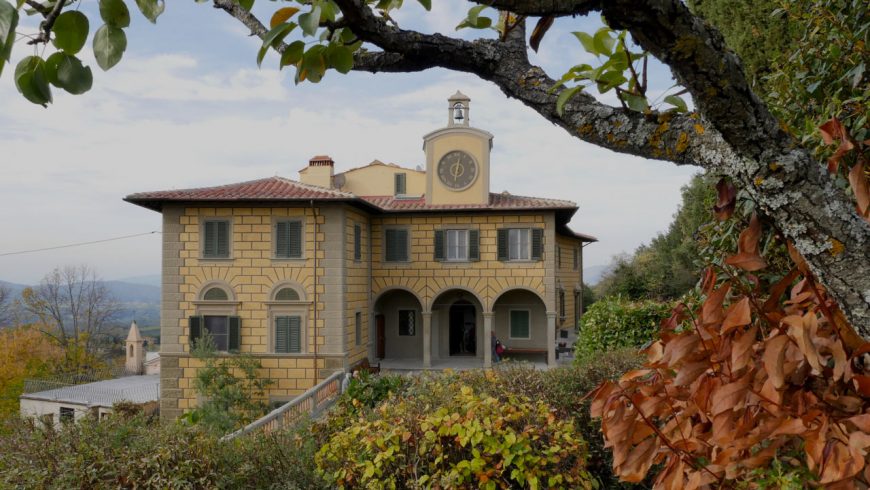 Following on the ridge, go down to Croce del Cardeto and from here to the passage of Reggello, where you can opt for a break. Exactly in Reggello, you can find Casa Cares, an ancient and charming villa converted into a farmhouse. Here they will welcome you with comfortable accommodations, at good prices.

From the passage of Reggello, the road descends towards Cetica, in the Casentinese slope, encountering the hillock of Tre Confini (1436 m) up to the hillock of Lupo (1515 m). Going up and down continuously for about two kilometers up to the hillock of Varco di Castelfranco. By now, you can see the slopes of the top of Pratomagno. at this point, climbing steeply up the slope, you can reach the huge iron cross planted on the top (1591 m). Climbing these peaks, on the clearest days, allows you to enjoy a magnificent panorama of the area. 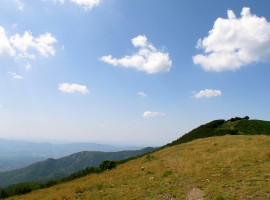 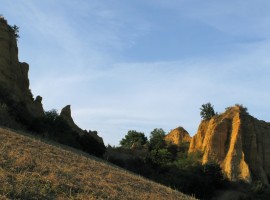 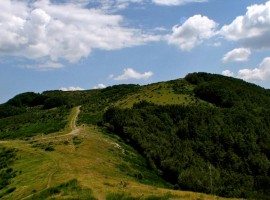 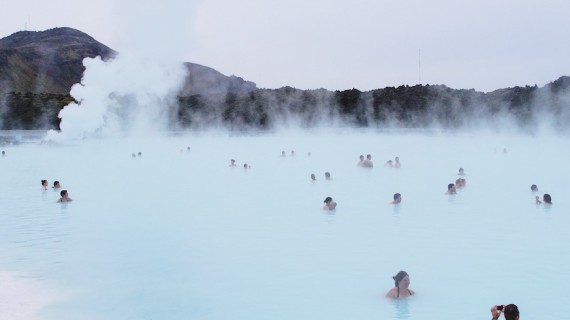 In the beautiful Tuscany, between the medieval villages and cities of art, hot sulfur waters, hidden in uncontaminated nature, will welcome you in 5 beautiful free thermal baths for a wellness holiday, between free pampering and the surrounding green. Not the usual packages of expensive spas, but the opportunity to regenerate body and soul in contact with nature, in […] 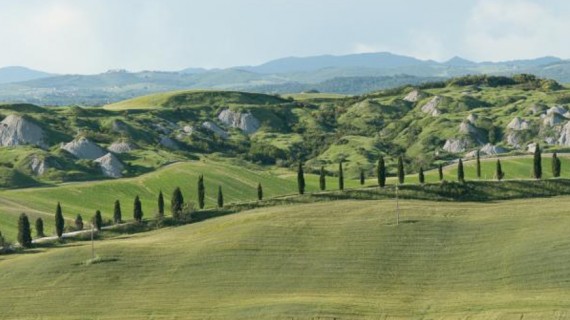 Starting your journey to discover the places requires a certain amount of preparation, walking sometimes becomes a challenge with yourself, when you are walking you can look into yourself, and you have the opportunity to reflect … looking outside! In recent decades, the Via Francigena, the way that in ancient times was the way of […] 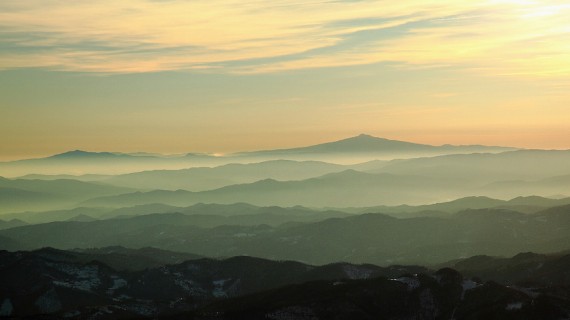 Four years ago I purchased the apartment on the first floor of this Renaissance building that was inhabited until the 80’s and different hands and different material had covered the real walls. Having to start almost from scratch, I could, wherever possible, use original materials and leave the old arrangement. It takes a lot of […] 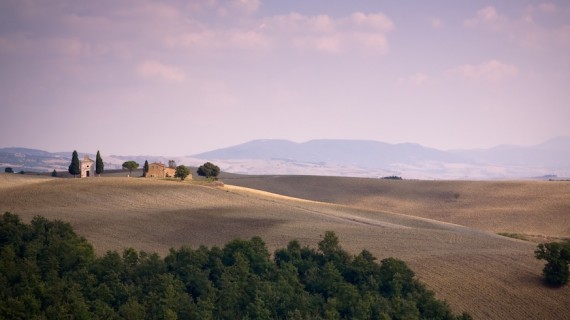 5 tips for a mini-holiday in authentic Tuscany, among tastings and pilgrimages Let’s go for an eco-friendly weekend in Tuscany. Possibly by train, even better if by electric car or bicycle. Staying on a deluxe farm in the hills, with pool and local specialty: here is our offer for an unforgettable weekend, discovering a less touristy, simply authentic and slow, […]