Green life and travel mean avoiding waste and promoting recycle: Giving new life to old objects, using them in other functions. But who said that we can recycle only paper and plastic bottles? Here’s the stories of 5 abandoned railways that turned into amazing greenways: the perfect bike paths!

In Italy, there are plenty of abandoned railways. However, each passing year many of them have the opportunity to born again: of the almost 7,000 km of abandoned track, 1,300 are part of projects aimed to their recovery. The old railways become the ideal destinations for green tourists that love biking and hiking. Spread out all over the Peninsula, these are 5 of the most beautiful bike paths along abandoned railways.

Abandoned railways turned into greenways on the Ligurian Coast 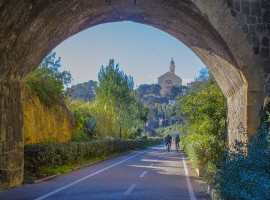 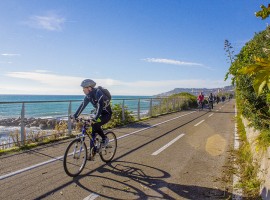 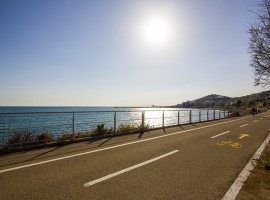 When in 2001 the railway of the West Liguria was finally displaced, the inhabitants of the towns once split in two by the tracks could breathe again. Among the other benefits of this shift, there’s the creation of this bike path that looks over one of the most stunning seas that Italy can offer. Almost 24 km entirely dedicated to bikers and pedestrians that make the coastline and its breathtaking landscapes accessible to every traveler.

If only one bike path in Liguria is not enough, there’s another destination perfect for this kind of sustainable tourism right in the heart of the Cinque Terre area. From Levanto to Framura, 6 km of the former railway are now dedicated to bike rides and relaxing strolls.

Where to sleep green? Check the eco-friendly accommodations in Liguria: you will wind the one just right for you!

Must do: Among the 8 stops of the Ligurian bike path, there’s Sanremo. How could you give up a visit to the city of flowers, to admire its renowned touristic center in Matteotti Street, the ancient harbor, Porto Sole or the Fortress of Santa Tecla? 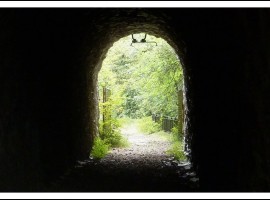 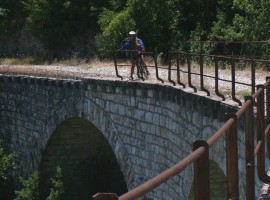 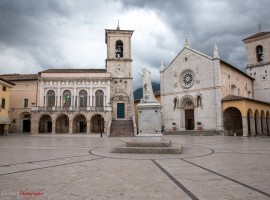 Up to 1968, the year of its shutdown, the 52 km of this railway in the heart of Umbria let travelers make an extraordinary journey through Valnerina. Still today, wild nature and breathtaking landscapes accompany bike-lovers that decide to explore the old tracks turned into a greenway. The itinerary that unravels among woods, the Apennines and the Nera River is perfect for everyone, even families with children. You can easily spot diurnal birds of prey flying above you heads or meet sleeping bats that live in the old galleries. Since 2016, there’s the Spoleto-Norcia in Mountain Bike, an annual event for everyone, where you can choose among 4 paths of different difficulty.

Where to sleep green? Visit our page and find the sustainable accommodation in Umbria perfect for your needs.

Must do: You can’t leave Norcia without tasting its culinary delicacies! The little town is famous for its typical “norcinerie”, its cold cuts and charcuterie of pig and boar (we suggest to try especially the typical ham of Norcia). To live to the fullest this culinary journey, you can’t miss the black truffle and the tasty Pecorino cheese!

In the heart of Lazio following the Fiuggi – Paliano path 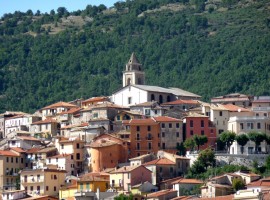 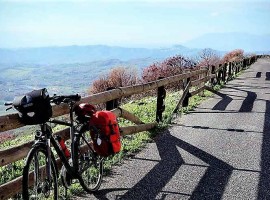 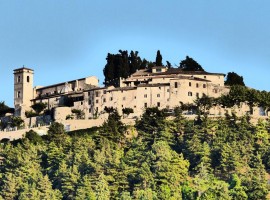 Dismantled in 1983, this former railway in the heart of the Ciociaria area is less known, but not less surprising.  The bike path made along the old abandoned railways is part of an European network, EuroVelo. It allows you to travel along more than 70,000 km by bike discovering the Old World. The path in Lazio unravels on the line between the Prestini Mountains and the countryside, runs across vineyards and olive groves and arrives in the little town of Fiuggi, known for its thermal waters. Scattered all over the area, little towns and villages seem to have stopped in time and make you forget that you’re only an hour away from the frenetic life of the Capital.

Where to sleep green? Find on Ecobnb the perfect place to stay during your holiday in Lazio.

Must do: It’s almost required to stop and visit the Castle of Fumone, a mysterious building strategically located on the 800-meter-high cliff of the same name. Its history roots back on the Roman Kingdom’s age, but the most famous episode is the long imprisonment of Pope Celestine V, the Hermit mentioned by Dante too.

Sicilian nature and culture along the former railway Castelvetrano – Ribera 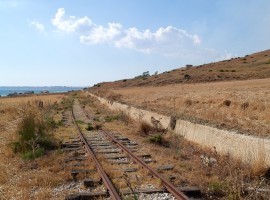 Section of the old railway Castelvetrano-Ribera, photo by Giuseppe Santangelo on Flickr 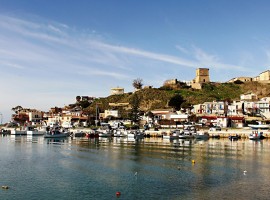 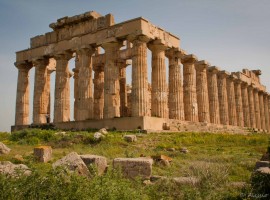 Since 1968, trains don’t travel anymore on the former connecting railway, going through Menfi, near Agrigento. A 2009 project allowed the recovery of part of these abandoned railways, turning it into a bike path. Two branches that start from Menfi, one going East, up to the Carboj River, and the other going West towards Porto Palo, for an overall length of 17 km. An hour-and-a-half-long bike ride through the countryside’s perfumes and the Sicilian seas.

Where to sleep green? Here you can find the perfect place for you, among the eco-friendly Sicilian accommodations.

Must do: A trip to the Selinunte Archaeological Park, one of the main archaeological site of the Mediterranean basin, full of classical temples characterized by the sobriety of the Doric style. 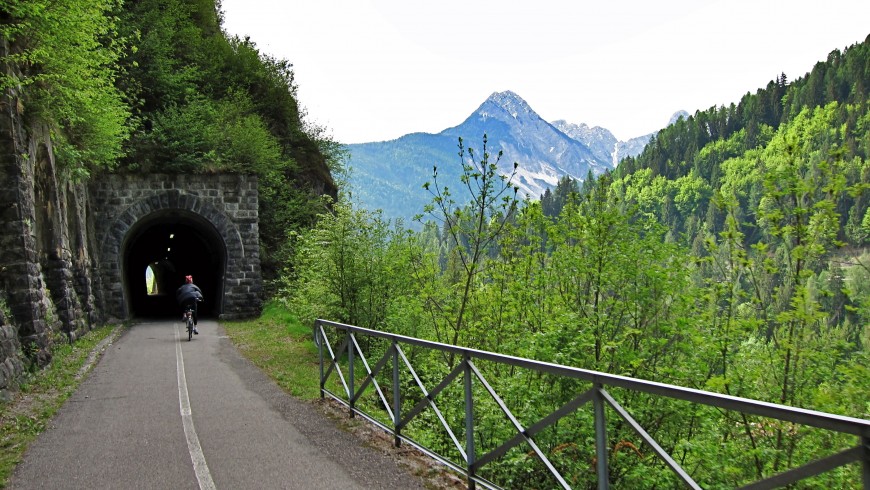 Since 1964, trains don’t travel anymore on the old railway of the Dolomites that connected the provinces of Bolzano and Belluno, passing through Cortina d’Ampezzo. Instead, these 65 km are now new destinations of sustainable tourism: cross-country skiing paths in winter and bike paths in summer. 3 or 4-hour-long bike rides along the path of the abandoned railways that will offer you unforgettable moments. You’ll find yourselves surrounded by the nature and the landscapes, the history and the legends, the cuisine and the traditions of one of the most known and loved UNESCO World Heritage Sites, the Dolomites. 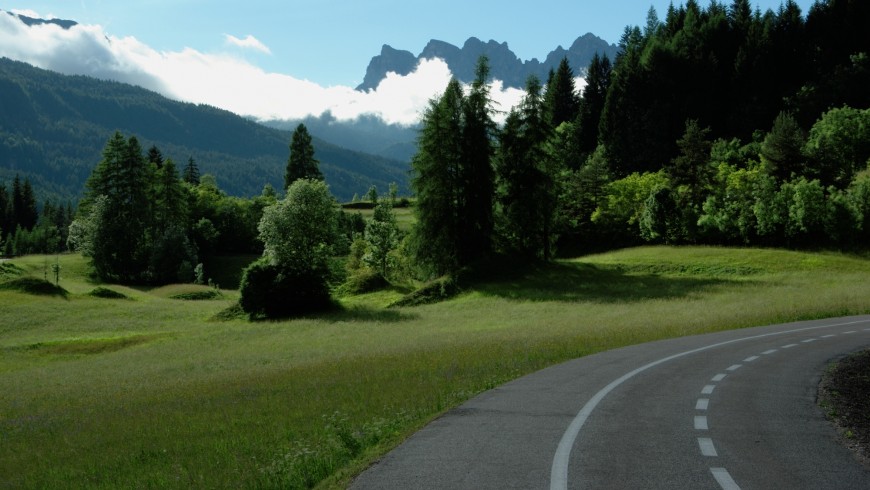 Where to sleep green? Between South Tyrol and Veneto, there are several eco-sustainable accommodations: find your perfect one!

Must do: In addition to the Queen of the Dolomites, the gorgeous Cortina, the Cadore area offers several other pearls, and one of these is Calalzo. This village on the shores of the almost 800-meter-high Centro Cadore Lake offer extraordinary landscapes. For example, the Marmarole, one of the largest massifs in the Dolomites; the Oten Valley, full of hiking paths; the Lagole area, a land of incredible naturalistic and archaeological value, where they found Roman and ancient Venetian populations remains.

8 canoe routes that you can’t miss

Friulian Dolomites: A natural marvel to discover by bike