Fossalta di Portogruaro, near Venice, is one of the “Città per il Verde 2018”, (“Cities for the Green”) of the Venetian Region. The prestigious award is given to the municipalities that proved to be upstanding towards the public green areas and the eco-sustainability.

“Honorable mention” in the “Municipalities of 5 to 15.000 inhabitants” category, Fossalta di Portogruaro receive this extraordinary award for the second time in few years. Already in 2015, the city won the award after finishing an important project of environmental requalification.

“The City for the Green” Award

Fossalta di Portogruaro, municipality in the Metropolitan City of Venice, received the “The City for the Green” Award.

But why is this recognition so important? The award, sponsored by the Minister for the Environment, is given to the Municipalities, which were upstanding in the application of innovative management ways to increase the green public areas. This is a fundamental aspect for public health and should be promoted in every city. Science has already confirmed that growing up in contact with nature improves our cognitive skills. 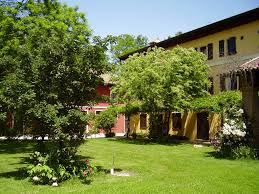 Requalification, maintenance, improvement of the territory’s environmental conditions: These are the right ingredients to enhance the green areas of our cities. Since this edition, the award is given also to the interventions of voluntary associations, public institutions and private structures that work for the public, which were able to add value to the green areas of their buildings, such as historical and botanic gardens or green areas in university campuses.

Fossalta di Portogruaro competed in the 19th edition of the “City for the Green” Award, presenting the works for the environmental fixing and maintenance of the Alvisopoli Forest. Recently completed, the works regard interventions of requalification aimed to the improvement of the forest’s liveability, including the rivers and the lakes inside. To finish this important project, the municipality was helped and supported by the Consorzio Bonifica Pianura Veneta, the Group for the Recovery of the Venetian Plain.

There is the possibility to visit Fossalta di Portogruaro staying in a green Bed and Breakfast. In the middle of the green countryside, there’s Ca’ delle Rose, a beautiful eco-friendly B&B.

Amongst the vivid colors, the strong rose scent and the regenerating silence of its large garden, this amazing house offers the chance to live a magical holiday in the Venetian countryside. Here everything flows according to nature’s time and respecting eco-sustainability and biodynamics’ principles.

Comfort and sustainability meet in every small detail of this house surrounded by green nature. Here you can actually take a break from everyday routine and enjoy a “digital detox” kind of holiday. Come and rediscover the pleasure of nature’s slow rhythms.

Those who love biking may enjoy the many biking paths that, starting from Ca’ delle Rose, dive into the countryside’s silence. For example, a ring path goes from Fossalta di Portogruaro to Concordia Sagittaria and then comes back to Ca’ delle Rose. Along the path Portogruaro – Cordovado, instead, you can discover the mills of Boldara and Stalis and an evocative castle. It’s worth a visit also the walking path that starts from the B&B and goes to the Alvisopoli Forest, a beautiful WWF oasis.

10 tips to discover an extraordinary and green Venice