When the sound of music echoes in the authentic silence of the mountains, notes and melodies are even more unique. Here are 5 Music festivals in the Mountains, where magical sounds and breathtaking views merge into a simply unforgettable experience. 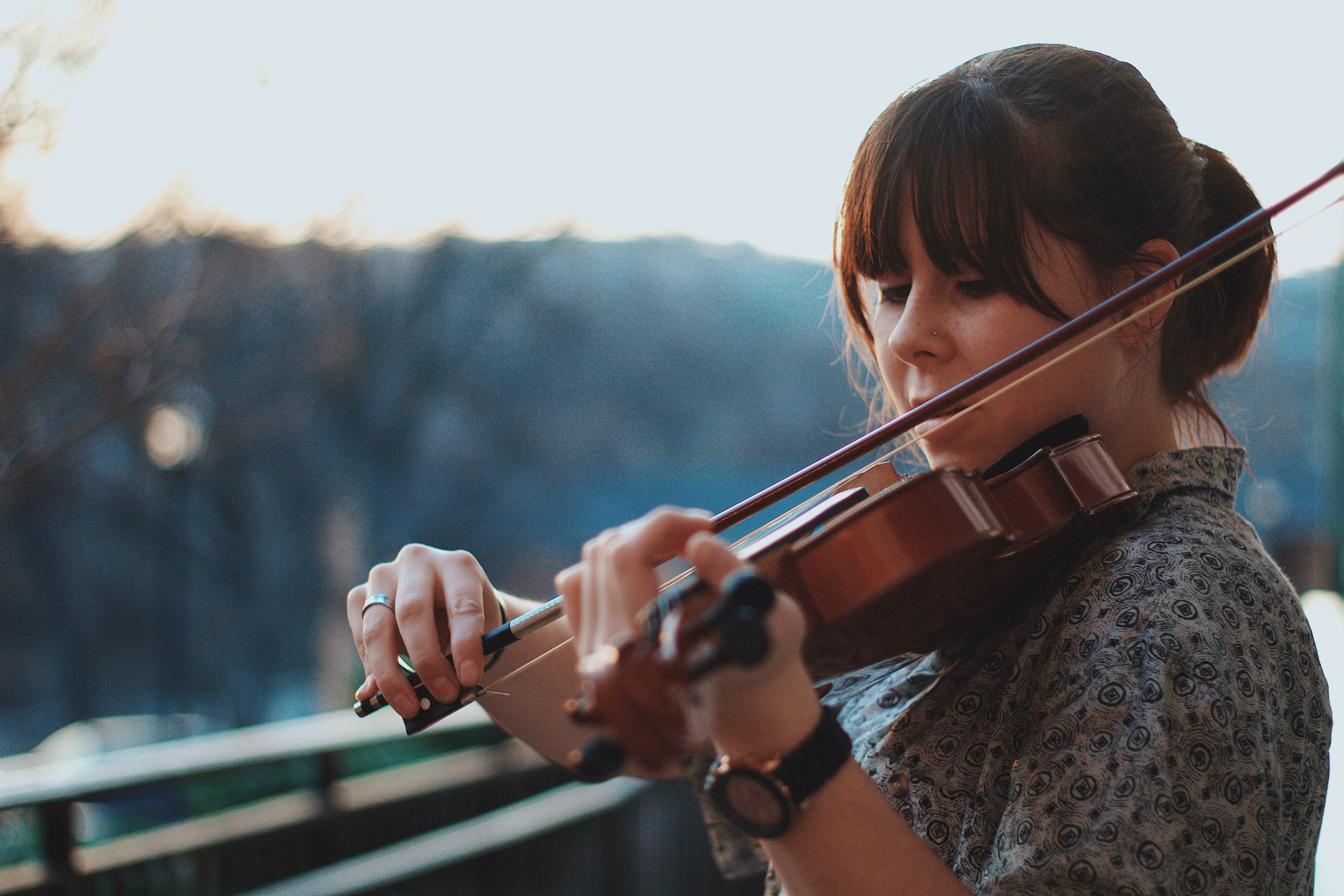 When I usually hike in the mountains, and after many challenging climbs I finally reach the peak, the first thought that bumps into my mind is: silence, at last! Far from the noises of the city, from the heavy traffic and everyday’s hustle and bustle, you always get the perfect quiet to recharge your energies: silence has so many benefits that we should keep in mind! Is there any better place where to listen to the authentic sounds of live music?

This is why today we’ll introduce you to 5 music festivals up in the mountains, which are taking place this summer, to enjoy every single sound in the perfect silence of the Italian Alps.

Musica in Quota to conquer the Alps of Piemonte 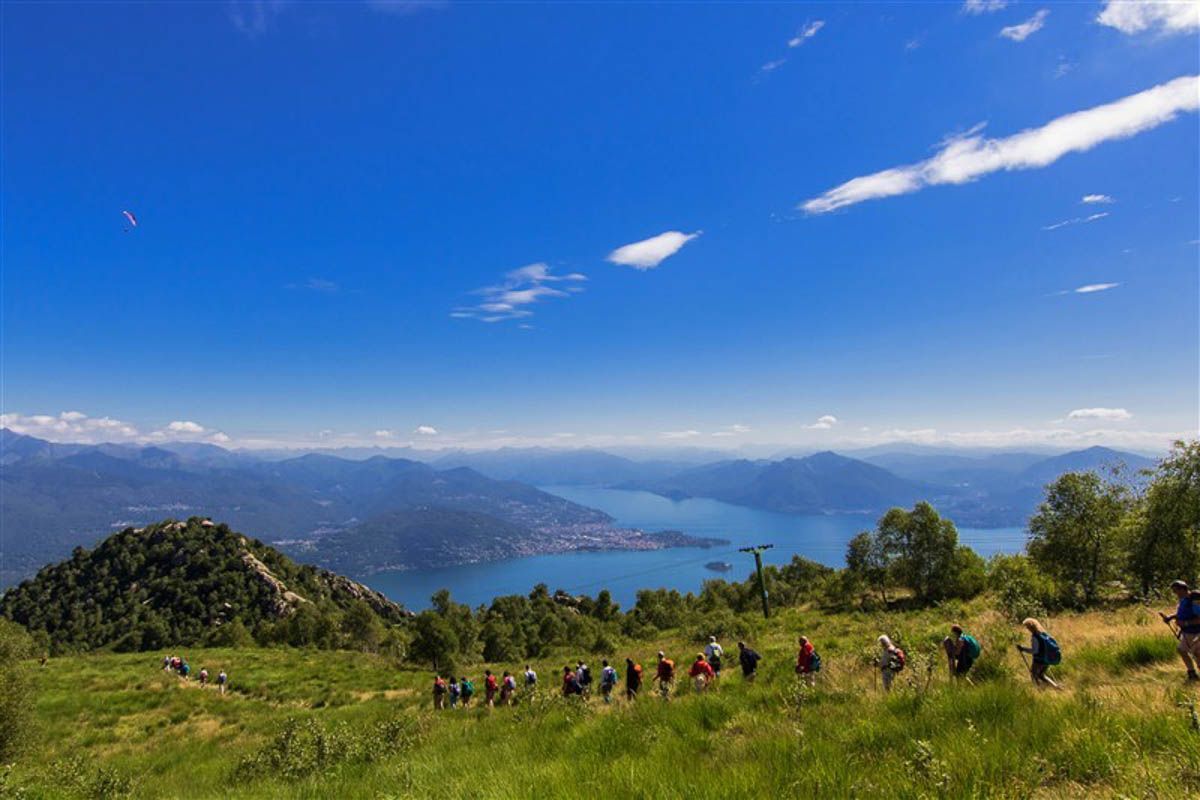 Musica in Quota, photo by Marco Benedetto Cerini, via musicainquota.it 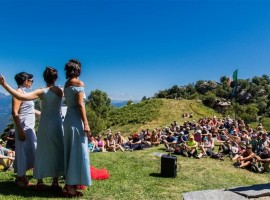 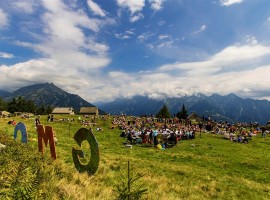 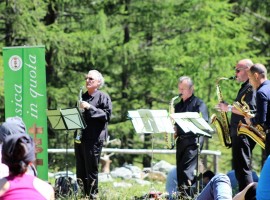 To discover every musical note among the peaks of Piemonte’s Alps, Musica in Quota festival offers to music lovers and the curious ones, 13 different events where the only protagonists are Music and Mountain. From June 16th to September 2nd, experts will lead you on guided hikes to discover the unspoiled nature, to conquer the peak and a seat for the concert!

Each event takes place in a different location, where guests will let you enjoy many different music genres once reached the top: from Tiziana Coco’s piano, to the Quartetto D’oc’s woodwinds, but also the chords of Duo Chitarra e Percussioni, the unique combination of cithara, flute, double bass and kazoo of Futurarkestra Orchestra Bislacca…and many more names and music styles!

Suoni delle Dolomiti, in the heart of fascinating valleys in Trentino 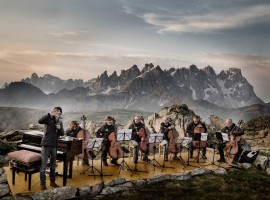 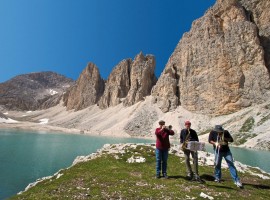 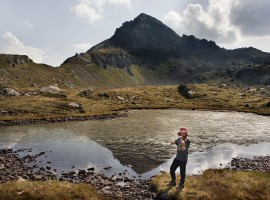 At its 24th edition, the Suoni delle Dolomiti (Sounds of the Dolomites) festival is widely known in every corner of Trentino and nearby. The festival will host both renowned international and Italian artists. Among them, the cello player Mario Brunello, the jazz performance of the women trio The Spheres and the fanfare of the Bandakedabra. But there will also be Avi Avital, who was one of the nominees to the Grammy Awards, thanks to his mandolin’s magical sound! As well as the string quartet with well known European female players from the most important orchestras.

From June 30th to August 30th, you’ll have the chance to take part in 25 different events, where to meet all the guests, to enjoy their performances with an unforgettable background. But be ready to leave early to reach the mountain’s peak by 12: every free concert, from Val di Fassa, Val di Fiemme to Madonna di Campiglio (and many more) starts at noon!

No Borders Music Festival, guitars and electronic music on a breathtaking panorama 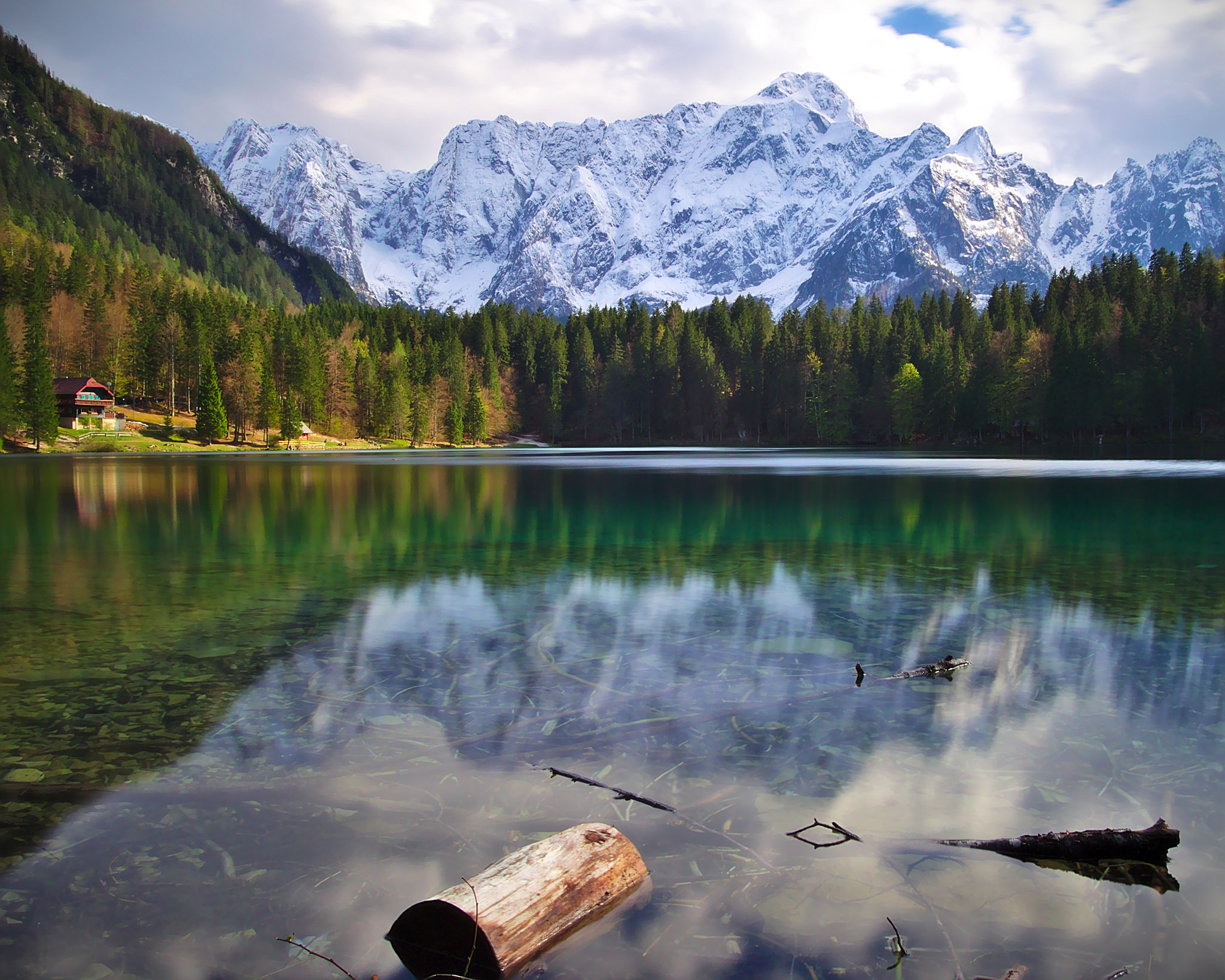 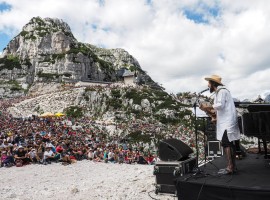 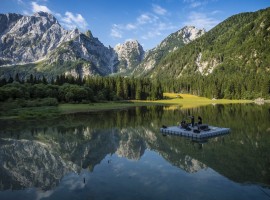 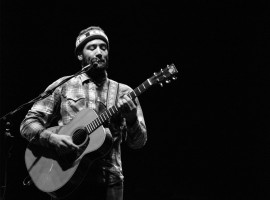 Even the No Borders Music Festival‘s music will surprise you with renowned international artists, but this time we’ll move to the eastern Dolomites of Friuli. In fact, on August 11th Ben Harper will perform at Lake Fusine, while on July 28th you’ll have the chance to listen to Kruder&Dorfmeister, two among the fathers of electronic music.

23 years have passed since the No Borders Music Festival has started saying NO to borders, because music should really overtake linguistic and cultural boundaries and reach everybody. And every location (Tarvisio, Fusine Lakes, Sella Nevea, Mount Lussari and Bartolo Valley) is actually between the borders of Italy, Austria and Slovenia.

Anciuti Music Festival, where the oboe is the real protagonist 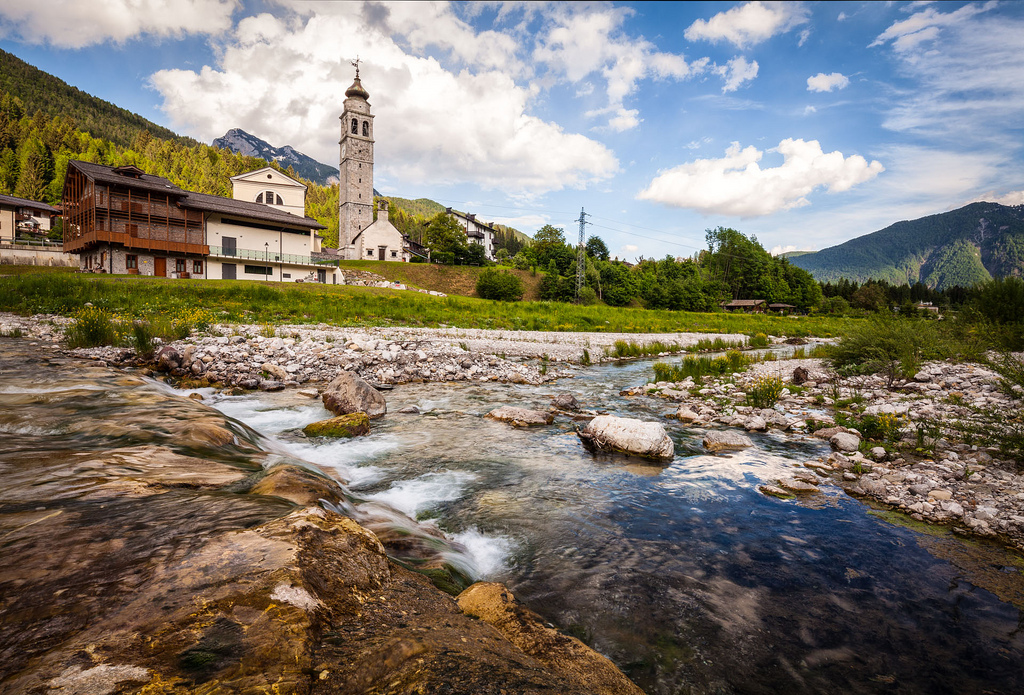 The Alpine Pearl of Forni di Sopra, photo by Stròlic Furlan via flickr 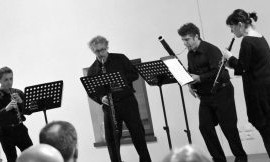 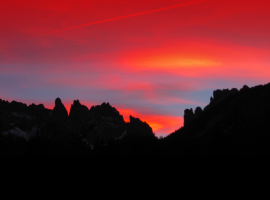 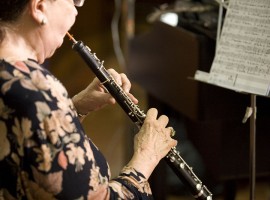 Playing the Oboe: the main character of Anciuti Music Festival

Still in the region of Friuli Venezia Giulia, in the Alpine Pearl Forni di Sopra, from April 8th to October 19th the Anciuti Music Festival awaits you! At its second edition, this festival is unique: it promotes the history of oboes, which were initially created back in the 17th century by Giovanni Maria Anciuti. And of course, he was born in Forni di Sopra, the cradle of the oboe.

The events take place not only in Forni, but also in many other Alpine Pearls, as for example in Bled and in Werfenweg. Here you can find out which all these events are: music festivals, cultural exhibition, didactic events and histories on the inventor of this amazing instrument, but also summer camp for your kids!

CHAMOISic, every music style in the Alpine Pearls of Valle d’Aosta 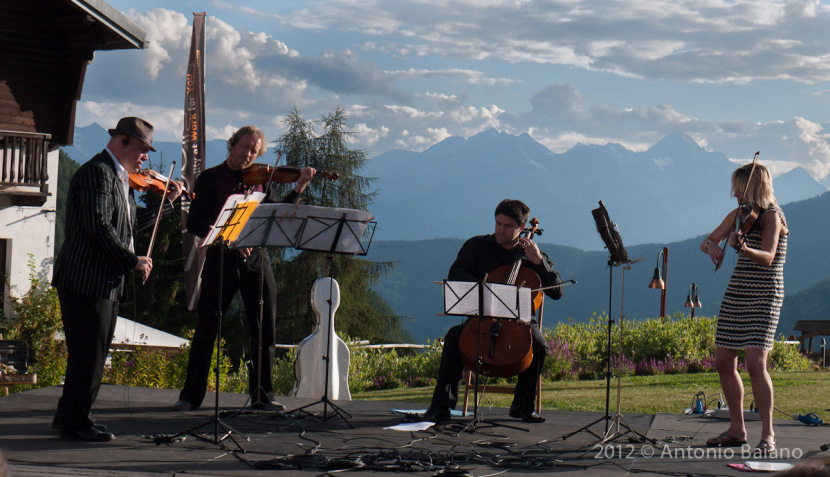 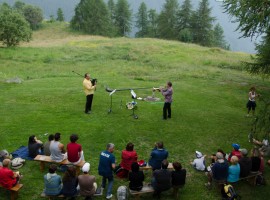 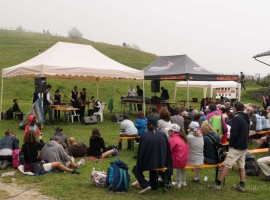 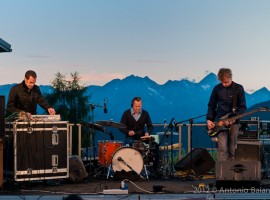 We now move to the western side of the majestic Italian Alps, to the region of Valle d’Aosta. Here, between the Alpine Pearls of Chamois and La Magdeleine, the nineth edition of the music festival CHAMOISic is going to take place from July 20th to August 5th. The festival is especially dedicated to the discovery of different music styles – from jazz to ancient music – to make traditions merge with new musical experiments.

This year, music will echo among the municipalities of Aosta, Antey Saint André, Chamois, Etroubles, La Madgeleine, Saint Vincent and Valtournenche. Among the many artists, there will be the great jazz performers of the Alkaline Jazz Trio, the Indian percussionist Trilok Gurtu, the pianist Beppe Barbera ed even a “pizzica” (a traditional dance from Puglia) performance with Canzoniere Grecanico Salentino. Music will be matched with artistic performances, as the one with hands and light by Spime.Im or the ‘Forze d’Acqua’ (Forces of Water) installation in Maën’s hydroelectric plant… where water will turn into music.

For those who love music, from classical to electronic music, but also jazz, rap and rock music, be careful not to miss this summer’s event in the Italian Alps! The mountains are the ideal location where to listen to pure sounds and voices, in the authentic silence of nature.

Car-free and Slow: 3 green ideas for your family holidays in Trentino, Italy