Europe is the world´s number one tourism destination. Millions of tourists are visiting places like Spain, Paris, London or Italy. In the same time, tourism is a leading sector of European economy (10% of EU GDP). With such a big industry, big responsibility is coming hand in hand …. Have you ever thought, what is the ecological impact of tourists?

Tourists consume much more than residents. It might be caused by closing the “ecological eyes” while enjoying the holiday. When people are on holiday, they have the feeling that nothing counts as much as when they are at home. They don´t want to think about their ecological footprint on their vacation. It doesn´t matter if I litter, it is just one week, right? Well… we are sorry to say, but yes it does matter… a lot.

Looking at consumption, based on statistics, one tourist consumes 3 or 4 times more water per day than permanent resident. Electricity is not the exception. We all consumes much more electric energy than we did few years ago, whether we are on holiday or not. For example, in Torremolinos, Spain, electricity consumption increased by 160% between the years 1989 and 2008. What is interesting about it is, that 40% of this electricity is consumed by tourists.

As the population of tourists rise, the amount of waste rise equally. One Maltese resident generates 0.68kg of waste every day, while tourist in a hotel waste 1.25 kg daily. We all know that waste is the major problem of our plastic age. If we would waste at least the same as we do at home while being on holiday, our environmental footprint would be smaller. 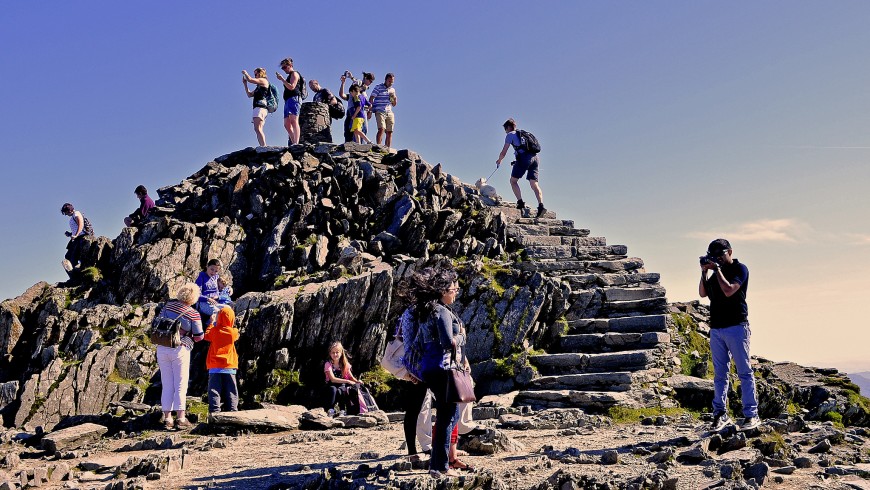 Even though, consumption of tourists is quite surprising, while talking about the ecological impact of tourist we have to look at transportation. A lot of tourists drive the car. Some of them go on a holiday by their own car, some of them borrow one in the destination. Tourist transport by car causes the largest impact on air quality, whereas air transport has the largest share of tourism-related GHG emissions (80% in 2000) in the EU-25.

The most emissions are made by cruise-ships. Moreover, a lot of people travel by plane to the harbour. This adds another 10% to 30% of total emission caused by cruises. We have already written about the cruise environmental impact in this article.

Paradoxically, the most ecological way of travelling is the least used. Rail, coaches and ferries account for just 20% of all tourism trips. They are responsible for a very small percentage of environmental impact.

Information above are just a small illustration of big ecological problem of tourism. We all have to think about our footprints. Doesn´t matter if you are enjoying your holiday or you are at home. Mother Earth is full of our waste and its capacity of natural resources is slowly running out. Booking ecological hotel via Ecobnb, behaving consciously while shopping or eating in local and organic restaurants are just small steps everybody can do on their holiday. The small steps are, however, a big help for the planet. 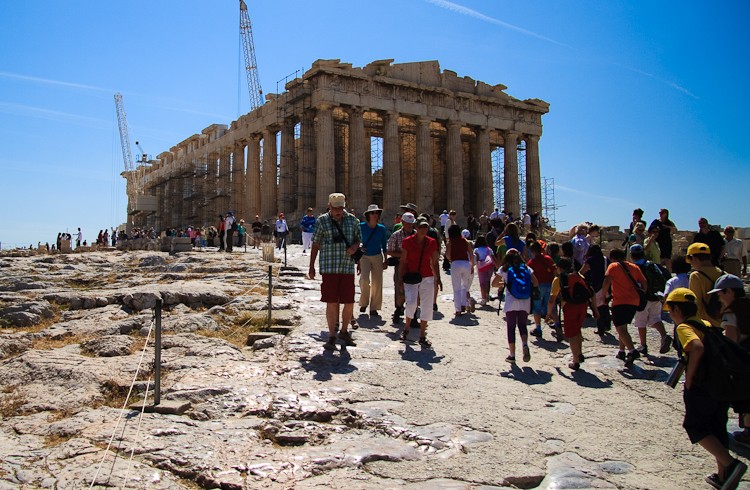 Cover image: tourists on the Hurghada island ph. by Kallerna via Wikimedia

When tourism is unsustainable: anti-tourism protests across Europe