The cruise ship is the holiday that has grown faster than any other in the last 20 years. Despite the disaster of the Costa Concordia near the island of Giglio (Italy), cruises are becoming increasingly popular, coming to carry each year about 20 million passengers worldwide and 800,000 in Italy.

But it is also the model of vacation most polluting, one of those who has a higher incidence in the total CO2 production in the tourism sector, and that is guilty of the destruction of marine systems. 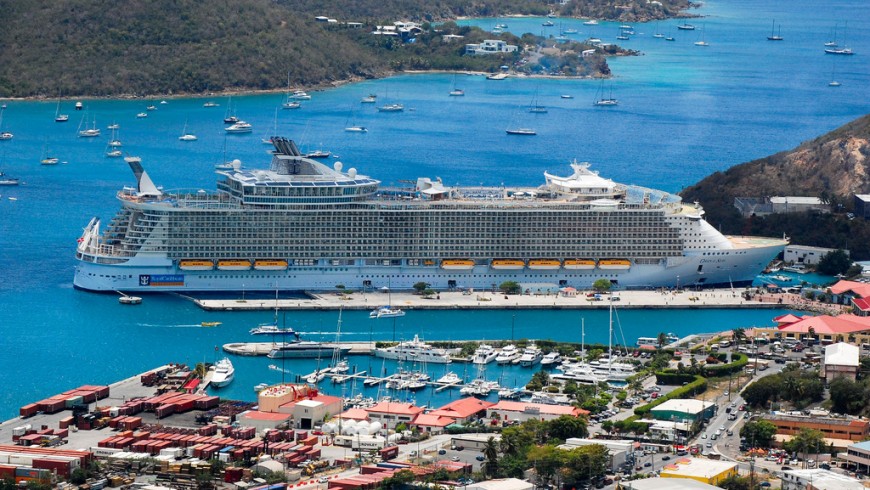 Cruise ship Oasis of the Seas, which can accommodate more than 5000 people, photography by St. Thomas Jerry L, via Flickr

These giant floating cities, with thousands of cabins, swimming pools, casinos, clubs and restaurants pollute as 14,000 cars, according to recent data of the Prosecutor of Venice.

In addition, waste from cruise ships adversely affect the resilience of marine ecosystems, destroying coral reefs (Source: “Climate Change Adaptation and Mitigation in the Tourism Sector: Frameworks, Tools and Practices” by United Nations Environment Program, together with the University of Oxford, p.102)

If you ever choose to embark on one of these marine giants, you must know that your CO2 emissions can be up to 1000 times more than a train journey. (Source: “Climate Change and Tourism. Responding to global challenges’, World Tourism Organization and United Nations Environment Programme, 2008, pp.. 37, 134). 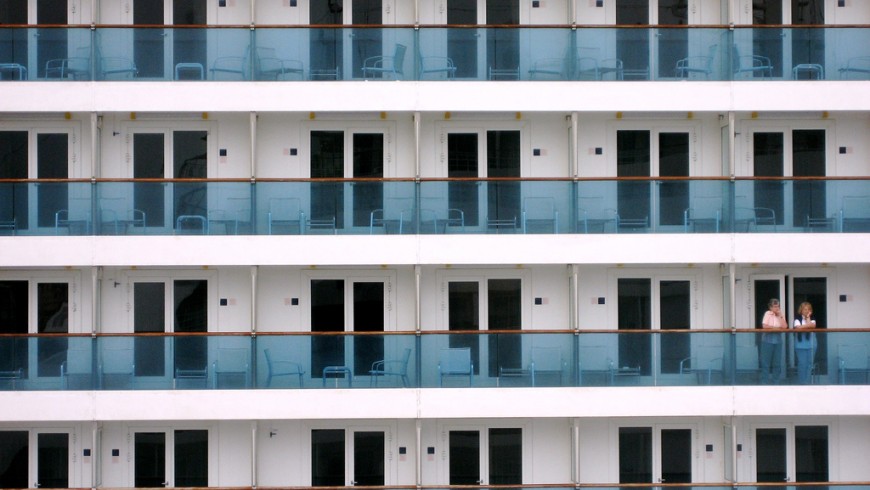 In the report “Cruise Ship Report Card 2012” recently published by the international environmental organization Friends of the Earth are compared among the 15 major cruise lines, assessing their impact on the environment.

Here are some alarming numbers of document:

Cruise sewage: What goes in must come out
The enormous amounts of food and drink consumed on cruise ships, along
with water from laundry, pool, medical facilities, photo labs, spas, and dry
cleaning stations, has to go somewhere. At sea, what you flush down the
toilet can actually be dumped untreated into the ocean to contaminate fish
and other marine life, so long as the ship is at least three nautical miles
from shore. This sewage contains pollutants including fecal matter, bacteria,
viruses, pathogens, nutrients, hazardous waste and pharmaceuticals, all
of which can be harmful to human health and aquatic life. 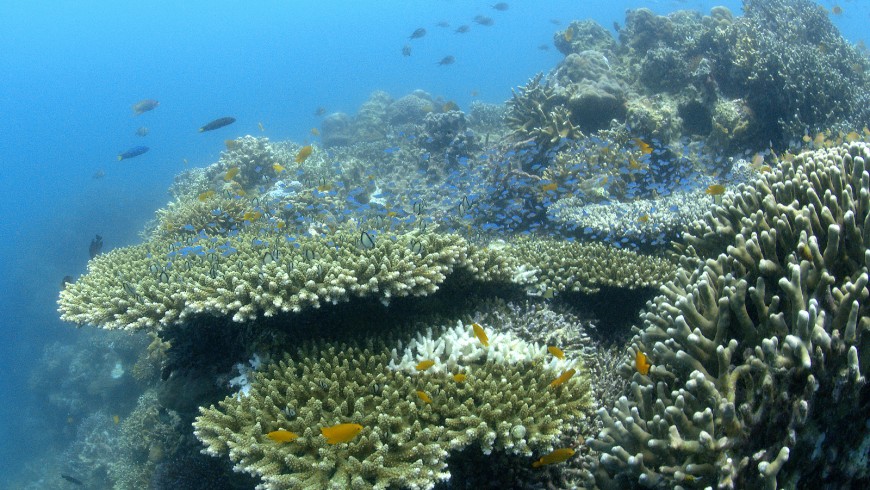 The life under the sea, photography by Antonio Pellico, via Flyckr 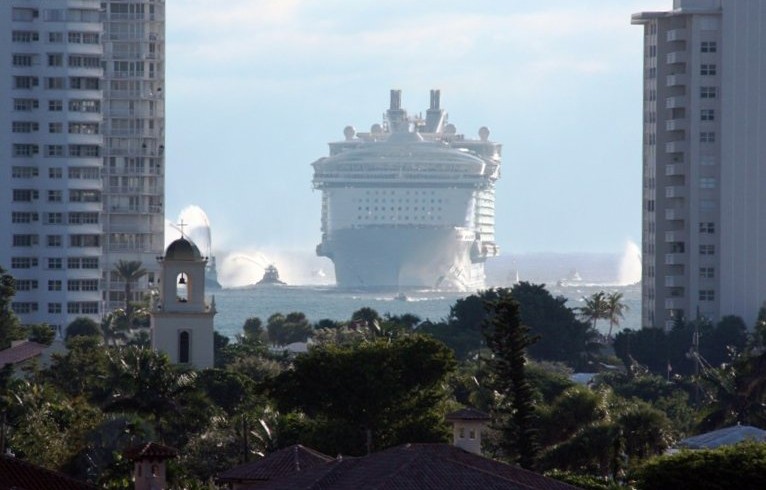 Cruise ship “Oasis of the Seas” in Florida, photography by Monica R, via Flickr

Cruise ships pollute the air we breathe
Cruise ships are also responsible for significant air pollution from the dirty fuel they burn, which can lead to serious human health problems, especially in port communities. Even while at dock, cruise ships often run dirty diesel engines to provide electrical power to passengers and crew. Emissions from cruise ship engines include nitrogen oxides, sulfur
oxides, carbon dioxide, and diesel particulate matter, the microscopic soot that is so damaging to human health. 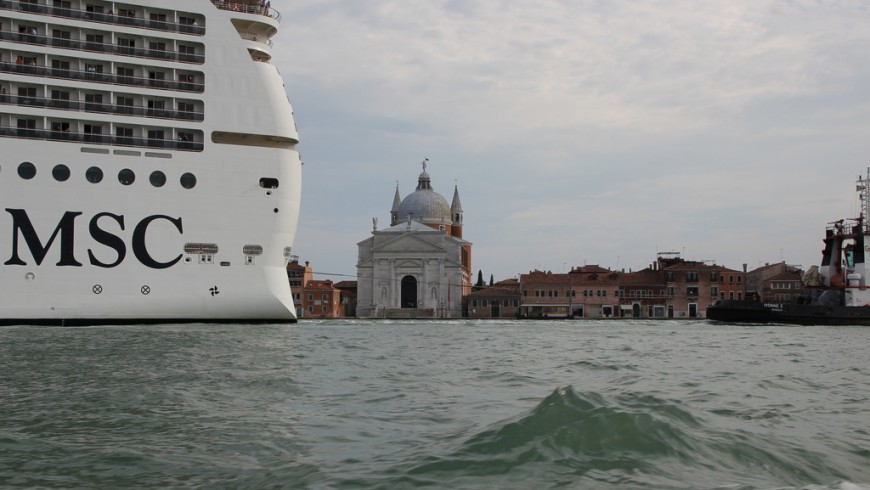 Yet, if in the past the cruise vacation did not care about anyone, now seems to have become one of the most coveted travel styles, especially because its cost has become increasingly accessible to the masses.

At the same time, the cruise ships have become bigger and bigger. The Oasis of the Seas, Royal Caribbean, which is home to 5402 passengers, is a true floating city, with restaurants and attractions of all kinds.

This type of tourism is massifying and uninterested in the places.

This negatively affects cross locations, which are invaded by thousands of tourists and are visited in a few hours with organized tours. But it also tends to homologate sites, making them equal to each other: local crafts is replaced by souvenir made ​​in China, the traditional foods from international products, responding to a kind of tourism basically reduced to the “right to go to see what has become banal“.

The relationship with the sea and with the places visited is light years away from these mega floating villages!

One thought on “How do cruise ships impact on the environment”