The first long week end of december is getting closer and it is time to plan a new visit.
Why not visiting Lecce, the Apulia candidate for Capital of European Culture 2019? Lecce and its itineraries in surrounding Salento area will satisfy even the most demanding visitors: culture, art, nature and more.

Baroque: the age of gold and … milk in Lecce

Say Baroque and the majority of people will think of Sicily and the masterpieces of Noto and the surrounding valley.
Yet, the Baroque of Lecce doesn’t need to be jealous of its Sicilian counterpart. A visit to the city will leave you agape and help bolster your reputation as an art connoisseur.

Lecce’s urban area was completely renovated from the second half of the 16th century following the end of the Aragon dominance that had been grieved by plagues and mass slaughters. In the same period the Counter Reform guidelines pointed to stress and reinforced both the spiritual and temporary religious powers of the Church.

The rich décor of the Baroque style, however over the top it might look to us now, was intended to signify both a physical recovery after the previous, miserable years and the authority and power of the Church.
The local limestone is honey-coloured and so friable you can carve it easily enough. The locals used it to erect incredible palaces for the city aristocrats as well as being the stone of choice of the Duomo, the main Cathedral.
Although the extreme ductility made the limestone a perfect building material in terms of artistic decoration, it proved dangerous in terms of resistance.

A special process was therefore invented: the limestone had to be treated with milk so as to reduce the porosity and make it more resistant. The milk gave the stone a whiter shade. 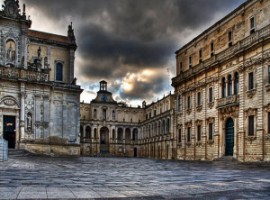 The Duomo in Lecce photography by Paolo Margari via Flickr 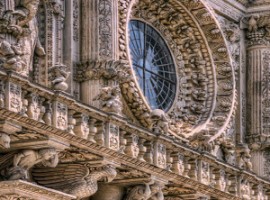 The Basilica of Santa Croce photography by Paolo Margari via Flickr 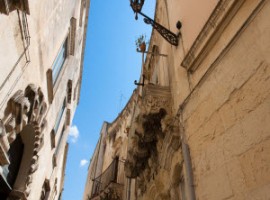 Milky white stone in Lecce by Federico via Flickr

Long regarded as the land of “no possibility” the South of Italy is now alive with cultural initiatives, created directly by local people.

Officine Knos: a multiform independent centre established on the origins of the Salesiani centre, this is a religious organization, traditionally devoted to the education and care of the younger generation.
Various companies and groups are using the area as meeting point: bio food producers, the Apulia Film Commission, the Cycle Lab and so on. Some activities are temporary and others are permanent. All of them, however, share the desire to support and launch initiatives by and for the locals and keep these spaces open.

LUAC (Laboratori Urbani Aperti Creativi) and Curiosity Areas at school: “I do not like studying, it is boring. Learning things and learning to do things- this is something I really love” said Natalie Portman in an interview.
This is exactly the spirit behind the initiatives designed to support Lecce’s bid for European Capital of Culture 2019: a mix of people were invited to participate directly through seminars, lectures and public debates on initiatives and ideas for Lecce 2019.

Though Matera has since been awarded this prestigious title, the dynamism of initiatives and events spurred on by the competition could still continue to generate new ideas. 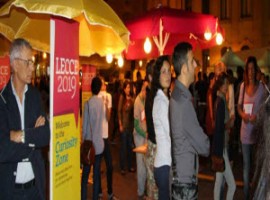 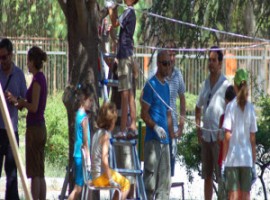 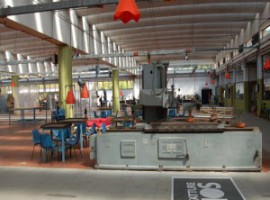 The cave of Zinzulusa: Cinderella and the blind prawn

Not far from Lecce is the cave of Zinzulusa. The legend says the waters of the Cocito lake inside the cave were created by the fall of an old, mischievous Baron who used to live in the area. The Baron’s ill-treatment of his wife caused her death, leaving behind her beloved child in his care.

The child grew up and turned into a young, lovely girl yet the Baron did not change his bad ways: the girl dressed in drab clothes and had trouble eating.

An enchanted fairy creature took pity on the poor girl and sent a charming prince to set her free (it sounds rather like a Cinderella-esque tale, doesn’t it?). The bad father was thrown into the cave, to hell, and the hole refilled with water. The small prawns living in the waters were so shocked by the magic of these events that they went blind.
The legend tries to explain in a poetic way the reason why the cave is, in fact, home to some blind prawns. 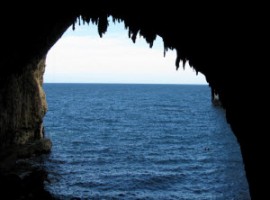 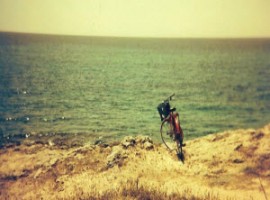 Riding to the Zinzalusa cave photography by Gaia Cilloni via Flickr 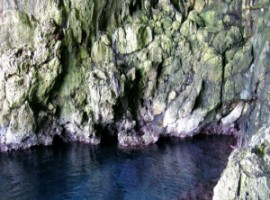 The Zinzalusa cave photography by Fiore Silvestro Barbato via Flickr

Bicycle paths: riding along the white roads of Salento

The wine road (around 50 km): starting from Lecce and following the cycle path suggested by the local tourist office, you can reach the wineries producing the famous Negroamaro wine, a strong and robust red wine known worldwide.
The path leads to small villages such as Campi Salentino and its lovely historic centre, antique aristocratic villas, Villa Baldassari and Villa Mater Domini, to many wineries where you can even stop for a visit and tasting, such as Cantina De Falco in Novoli, Cantele, Taurino, Sigillo and Feudi in the small village of Guagnano.) The loop will bring you back to Lecce.

Parco Naturale Bosco e Paludi di Rauccio (around 38 km): the starting point is the city of Lecce and the path leads to Santa Maria Cerrate through the old forest of Lecce along the Adriatic Coast.

Along the path you will come across Eolic Park, where immense eolic pile exploit the sea winds to produce electricity, the Masseria Paladini Piccoli, a fortified farm dating back to the XVII century.
The Parco di Rauccio offers a wide range of suggested routes to visitors, with all info and maps at the WWF local info point: take a map and decide if you want to follow the “Fauna path”, the “Botanic path”, the “Hidrologic path” or the “Historic path”.
Leave the park ride up to the Abbey of Santa Maria Cerrate dating back to the XII century.

For those cycling enthusiasts: 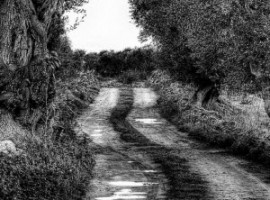 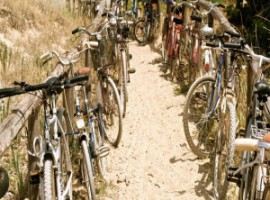 Bicycles by the sea photography by Serdir via Flickr 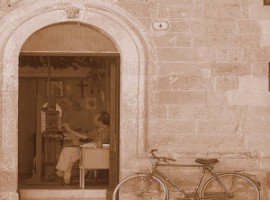 Bicycle and the city photography by Kikko via Flickr 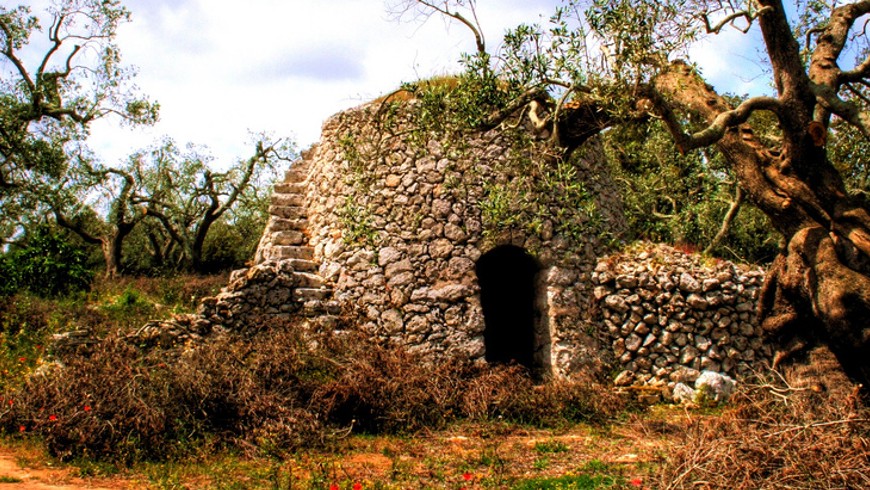 Our suggestion for your stay in Lecce:

B&B Vico del Sole in the old historical centre of Lecce, or in the nearaby countryside B&B Eco-Resort Le Campine, to enjoy a wonderful stay with yoga, tai chi, meditation and shiatsu massage.

Matera is European Capital of Culture 2019: what to visit