What makes a visit with a “greeter” one of the “things to do” in Turin ?
Have a look at my experience in Turin and see if all Italian cities and towns shouldn’t have a “greeter” to welcome visitors and turn them into loving fans. 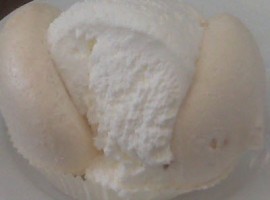 One of the things to be done in Turin: eat a delicious Meringa at Pasticceria Tamborini, photo by Cristiana Pedrali

Are you a chocolate addict? Well, I must admit I am.
Could I visit the city of Gianduiotto and Bicerin and miss the opportunity to try them all? Of course, I couldn’t.
I forced my “Turin greeter” to escort me to some of the most well-known cafés of the city and even forced him to sit and try their specialities though I suspecedt he is familiar with them all.

An elegant ebony and red velvet café where Art Déco in all its glory. I half expected to see a lady with her parasol, full of airs and graces take a seat close by and order a glass of sherry. The arrival of our order of two huge, dark chocolate and noisette ice creams brought me back to the present however and to our conversation.

Tamburini, in via Garibaldi:

Lying in the mild sun of this unconventional summer, eating a creamy meringa and drinking dark tea with no sugar reminds me of the French cafés in Paris, though I would have had red wine instead of a meringa. And yet, Michele reminds me that there is still a strong French presence in Turin.

An impeccable waiter wearing a black and white uniform asks for our iorder and I am afraid I may disappoint him if I ask for something different than the bicerin. The bicerin is a speciality made of coffee, chocolate and whipped cream

After this sugar overload, Michele led me through his city telling me about his lifestyle, where he works and what he likes to do in his spare time. 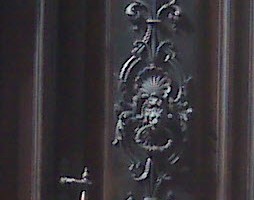 One of the things to be done in Turin: admire the precious wooden front door, photo by Cristiana Pedrali

while chatting about everything, I pointed out to Michele the extraordinary design of some wooden portals. Most of them show precious decorations in Art Déco or Bauhaus style, with sophisticated lines everywhere and little and graceful sirens that emerge from the dark wood.
I am never tired to point them out to my greeter who must think I am a little funny.
And door after door, strolling along the “longest European portici” we reach, il Parco del Valentino, the city green area.

3. “Imbarchini”along the Po river and the “Rocky garden” in the” Parco del Valentino”.

Chatting and walking, we reached the banks of the river Po, the longest Italian river.
Along its banks the people of Turin take walks, run, ride bike, walk small and large dogs and…listen to music.
Amongst the green and lavish grape trees a few small buildings propose local wine, sandwiches and music of any kind from jazz to rock played by local groups.
The locals call them “imbarchini” meaning the place from where you can board boats. I felt immediately as if I was one of the characters from the French painting Le Moulin de la Galette by Renoir where a group of people listen to music, dance and have a glass of wine in the middle of the green along the Seine river. 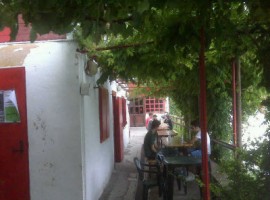 One of the things to be done in Turin: visit “imbarchini”, photo by Cristiana Pedrali 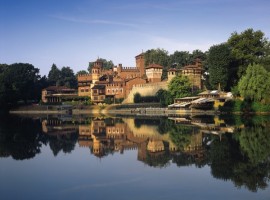 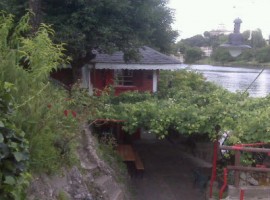 One of the things to be done in Turin: visit “imbarchini”, photo by Cristiana Pedrali

And along the Po banks another little surprise: the rocky garden.
The garden is populated with little fairy creatures, all made from recycled materials, such as green street lamps in love with each other, sitting on a bench admiring the creek or a smart cat stealing the fish from a sleepy fisherman.
Imagining someone creating these fragile and fairy creatures in the city well known for the car industry restored my faith in human beings or maybe it was just another flipside of the sugar level in my blood. 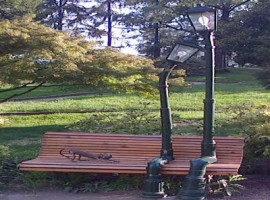 The two lamps in love at the Rocky Garden, picture by Michele Penna 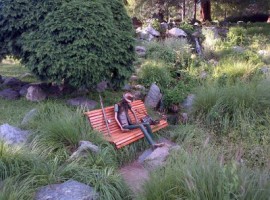 The sleepy fisherman at the Rocky Garden in Parco del Valentino in Turin, picture by Michele Penna 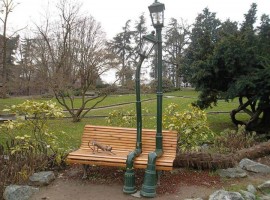 The two lamps in love

4. Cocktail and life lessons on the street:

And finally, my visit to Turin ends with the sunset in San Salvario, the multi ethnic city centre.
Michele suggested we have a cocktail in one of his favorite venues: “Biberon” which is the Italian name for the baby’s bottle.
I was expecting a glass of “Ruchè di Castagnole” , a red wine Michele had told me about but I had to go for a great but more conventional “ Barbaresco”.
While we chat, our attention and the attention of everyone else is caught by the funny talks of a mature gentleman who smokes his cigar while lecturing on life, love, women and men. He is the highlight of the venue and a kind of local celebrity, known for his good humor and good sense.

I spent 4 lovely hours chatting, walking and tasting the local specialities and that’s exactly the extra value of visiting a city escorted by a Greeter: as their guideline reads:
Greeter programs create a mutually enriching opportunity for cultural exchange, create links between ordinary people in creating a better world. 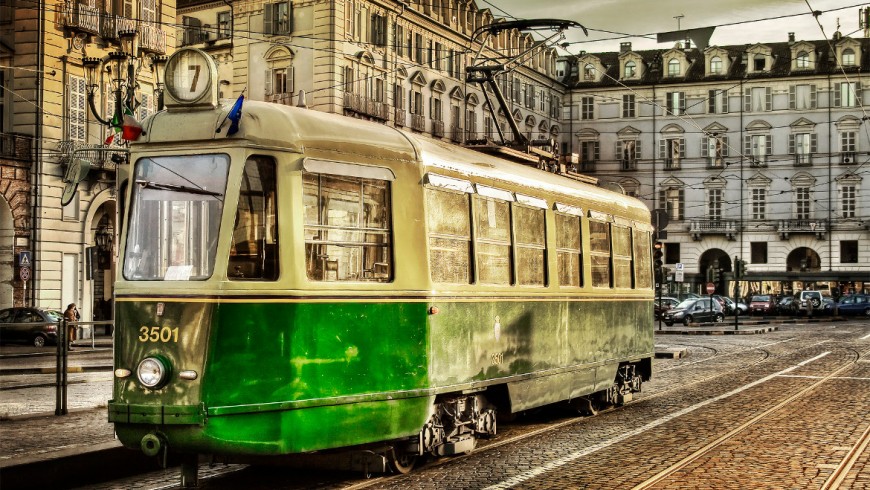