Apulia, one of the trendiest destinations over the last two years, is a country of endless resources: crystalline sea waters, white Caribbean sand or rocky beaches with hidden corners, cities rich in art, lavish countryside and excellent food.

Just pick up your favorite food and follow its path through this region: you will discover rich history and millennial legends you could not even imagine.

It is like a whole new universe of colors, perfumes, tastes and traditions in a limited space.

What about “bread”, for instance, one of the many wonders of Italian culinary traditions? 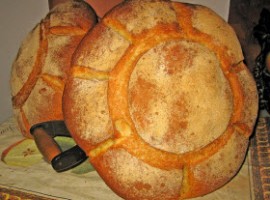 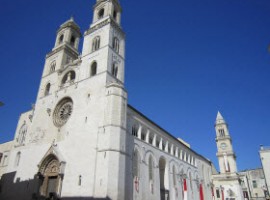 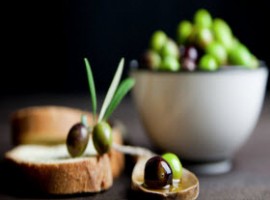 Pane Altamura and olives courtesy of Riccaordo Bruni via Flickr

The bread of Altamura: a city on fire

Let’s start this ideal journey from Altamura in the centre of Apulia and its famous bread made with durum wheat.
You never heard of that? Well, the important thing is you taste it rather than talking about it.
The loaf of bread is bigger than the usual one you are familiar: the conventional weight is no less than 0,500 kg.

It comes in two funny and different shapes: “U sckuanète” (overlapped layers of bread), high and looking like a series of bread circles one on top of the other, and a flatter one called “a cappidde del padre de simone” (priest hat).

If you have mastered the language difficulty, you deserve to have the “Pane di Altamura” sandwich and walk through the silent and shining city walls at sunset. The orange and purple sun rays will move like fire flames everywhere.

The “Pane di Altamura” is extremely versatile and the Apulia women know how to make a full meal out of it.
The “Poor’s soup” made just of fresh Apulia tomatoes, garlic, oregano and basil where to sop the roasted bread croutons.
Very few ingredients for a light and yet healthy soup.

The divine “Pane in carrozza” (a kind of “bruschetta”) made of roasted slices of bread topped with scamorza cheese, tuna ventresca (the most delicious part of the fish), some dried tomatoes, oil and salt and beaten egg yolk.
The grandeur of this dish lies in its superficial simplicity: few poor ingredients combined in a plain way. The difference is the quality of the ingredients. The perfect “Pane in carrozza” has the warmth of the sun in its tomatoes, the fresh salty taste of the tuna fished in the Adriatic Sea, the labor of the millennial olive trees, the brightness of the Mediterraneas Sea salt and the gold crispy taste of eggs of naturally grown chickens.

The “Cialda fredda” made of bread with fresh water, ripe tomatoes, red onions, slices of lemon, oregano and chicory makes a refreshing and mouthwatering unique meal and its warm version is a great entry on the winter tables. 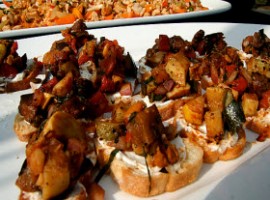 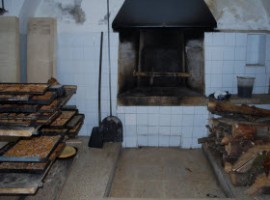 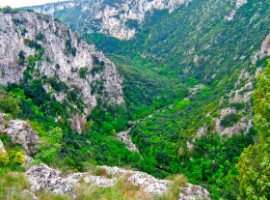 Le gravine, the canyons in Apulia courtesy of Tiziakaya via Flickr

The bread of Laterza: where the Romans stopped

A crispy golden crust, a loaf of bread in the shape of a twist and an aromatic perfume everywhere: where are you?
You just arrived to the area known as “gravine” in the north east of Apulia.
The “gravine” area is a lavish countryside known since the dawn of times for its abundance in water and its rich soil. The result is a prosperous area where cereals and pasture grow.

That’s why the soldiers of the “Third Roman Legion Army” (La Terza in Italian) decided to stop there and they eventually created a little village known as “Laterza”.
The bakers of the little village made themselves well known creating bread whose perfume could be detected miles away: the “Pane di Laterza”.

What makes it so special? The bakers put the dough in stone ovens where the temperature reaches 400°C and the bread has no direct contact with fire.
The fire made of olive and aromatic branches warms up the oven and it is removed before the dough is placed in it.
The ideal match for this bread is the “carne al fornello” that is meat roasted on charcoal. Once again, the charcoal is made of branches of aromatic pine wood or olive wood.

The incredible taste you won’t be able to find anywhere comes exactly from the aromatic wood they are using.
And if you can spare some time from your food incursions, don’t forget to visit the “gravine”
Gravina di Castellaneta: a canyon like you would have no expect to find in Italy. A native cowboy may appear every now and then eating his “focaccia”. 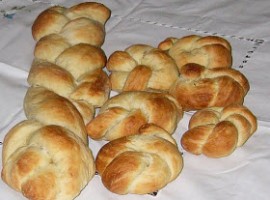 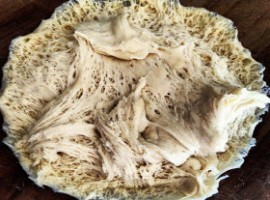 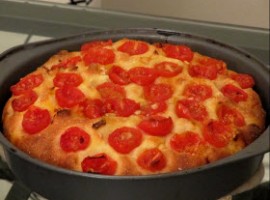 You can do it,too.

Work the flour with water (add it gradually in function of how much the flour absorbs it) for approx 5 minutes.
Add the yeast and the rest of the water. Knead a couple of minutes more and add the salt and work for three more minutes.
Leave the dough to rest for 2 hours at least in a mild warm place. Work and shape it in oval models and leave it to rest for another couple of hours.
Now the final artist’s touch: shape it like a braid.
Cook it in your home oven at 220°C for 5 minutes and reduce to 200°C for another 30 minutes at least.
Well, you will not be using aromatic wood but you will be surprised by the baked bread perfume. 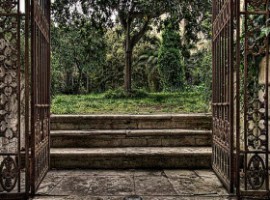 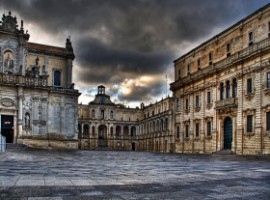 Lecce, the Baroque Cathedral courtesy of Paolo Margari via Flickr

The fresella: bread and water for sailors and nobles

A thin slice of bread made of white or integral flour in a typical oval shape and dried thanks to a double passage in the oven: this is the short description of one of the most common bread Apulia locals and visitors love, the “fresella”.
No fat, no sugar, just flour and water to moisturize it before eating.
The ships leaving for faraway lands and envisaging months on the sea with scarce or no direct access to fresh food used to embark great quantity of “fresella”.
Paradoxically sailors had the best opportunity to taste the “fresella” at the peak of its flavor: they dipped the “fresella” in a cup of water sea s as to wet it and have it salt.
Back at home the sailors’ wives used and still use to moisturize it with salt water, pulp broth or even the water used to rehydrate dried beans.
The tradition says a baker overcooked some bread. Instead of throwing it away, he brought it home, moisturized it and added some tomato juice and oil. The result was so tasty that the mistake turned into a great delicatessen.
Add some goat cheese on the top of it and …here it is a healthy and delicious snack.

The best place to eat the “fresella”? There is not the perfect place. The little oval bread has become so popular that it has overcome the Apulia limits and can be found all through the southern part of Italy.

A wise suggestion would be to stop in one of the many little restaurants in Lecce. Lecce is one of the biggest city of Apulia and well known for its baroque style.
The carpenters of the area were real artists: the local stone, a warmer shade of white than usual, was declined in thousands different decorations and a tour of Lecce is like reading a manual of Baroque Art.

You may choose to go for the conventional tour of the most important local sites such as Basilica Santa Croce, Chiesa San Matteo (Saint Mathew Church), Complesso dei Celestini (The Celestins monastery), Chiesa di Santa Chiara (Saint Claire Church) and Chiesa Santa Maria delle Grazie (Church of Saint Mary full of Grace) or just get lost in the city center and admire the decorations of each and every balcony, windows, patio and palace.

If you are planning a visit at the end of May you will be so lucky as to be right in time for “Cortili Aperti” event: once a year Lecce opens its inner courtyards and palaces and you will be able to visit 27 historical palaces and five churches which are usually closed to visitors.
http://www.leccenelsalento.it/cortili-aperti/

And again, May is full of events: the calendar features even another great appointment: “Cantine Aperte”, free wine tastings around the city on May, 25th. For more details http://www.leccenelsalento.it/cantine-aperte/ 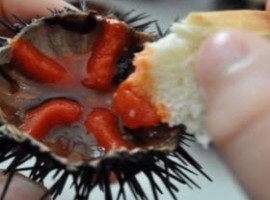 Bread, Tomato and sea urchin courtesy by Pizzicato via Flickr 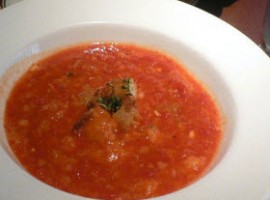 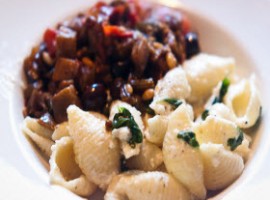 Caponata and orecchiette, the Apulia specialty courtesy of Stijn Nieuwenddijk

A curiosity: the real “caponata”

The “fresella” is also the fundamental ingredient of the “caponata”: juicy aubergines, red and yellow peppers, green zucchini, few “anchovies”, olive oil, tomatoes, salt and the queen of understatement, the “fresella”. The “caponata” with its poor and genuine ingredients is a balanced mix of vitamins, proteins, carbohydrates, sugar and no fats with a taste few other dietetic foods can claim.

Are you still thinking where to spend the long Easter week end? Really? Pack your things and get the first flight to any of the Apulia airports: let yourself be wrapped in a mix of history, art, sunshine and excellent food. We are sure you will be back with one thousands anecdotes and new recipes.