Easter week end getting closer and closer and you fancy something unusual and unconventional?
You would love to have great food and great wine, visit some historical places but spend some time in the open air to feel the spring breeze?
You’d love to go to the French Riviera but you are looking for something more “countrylike style”?
You’d love to visit the elegant Renaissance palaces of Florence but were actually thinking of long walks in the open air?

Italy Green Travel selected an itinerary leading you through the sunny Florence countryside.
Join us and discover the curious anedcotes and secrets of the 12 villas of the most powerful and rich Florentine family.
And for each villa a “Super Tuscan wine” to cheer up and a lovely place where to stay and relax.

Ladies and gentlemen let me introduce you

The Medici family: merchants, bankers, popes, cardinals and even artists

The Medici family, originally from the small Tuscan village Cafaggiolo, emigrated in Florence at the beginning of the XIV century and they attained wealth and political power. The family supported and patronized many artists making Florence and Tuscany the cradle of the Renaissance.
Were they delicate aestheticians ot curious minds? Or were they just supporters of arts and humanities in the smart attempt to impose their ruling? Difficult to say, yet the results of their art patronage were and are impressive: an artistic effervescence and creativity hard to be found in the whole world. Their incredible artistic legacy range from sculpture, painting, literature and minor arts such as jewelry.
Architecture was obviously not excluded from this new wage of artistic dynamism: the twelve villas spread over the Florentine countryside are solid witnesses to the new wind blowing over Tuscany 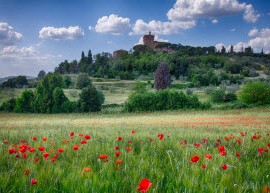 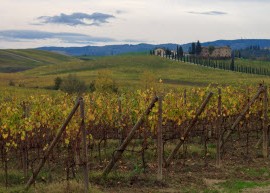 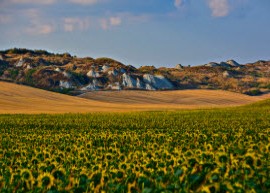 Sunflowers in Tuscan countryside courtesy of Alberto Cinotti via Flickr

The twelve villas Italy inherited from the Medici family are such a unique, homogeneous and peculiar unicuum to be honoured by the title of Unesco heritage in 2013.
Twelve villas, one for each month of the year or more concretely one for each whimsical wish of the authoritarian and powerful lords of the Medici family.
The Medici lords knew how to have fun and how to be respected if not dreaded by their men, great artists and  humble servers as well.
That’s what happened with the “Ferdinanda” or “The villa with 100 chimneys” 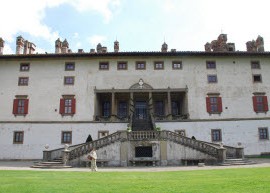 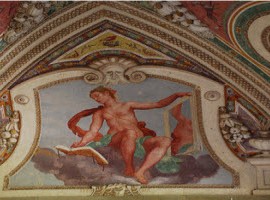 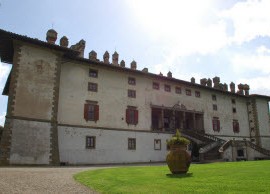 Villa Ferdinanda or the villa with 100 chimneys

The legend goes that Ferdinando I Medici was hunting in the countryside when he reached a hill.
He stopped the horse and sent for his favorite architect, Bernardo Buontalenti. Bernardo had served his lordship for many years and was very old by that time and…and was very likely thinking of spending his last years in a bucolic retreat.
“Bernardo” Ferdinando I said “in this very place where we are staying, right here, you will erect the most elegant and comfortable villa you have ever thought of for me and my court. And Bernardo” he shouted already riding away “do not make me wait too much”. And poor Bernardo quit every realistic idea of retirement and had the villa ready in 4 years: quite a success if compared to present standards.
The definition of 100 chimneys comes from the high number of chimneys in all different shapes at the top of the villa roof.
The villa houses now events and conventions and dreamylike wedding receptions.
Info: Villa Ferdinanda in Artimino (Florence), Tel. 0039 – 055 8751426

Our favorite “Tuscan villa” is “Tenuta San Vito”: the colors of the Tuscan countryside, the excellence of the Tuscan food and even a special attention to vegetarian guests. 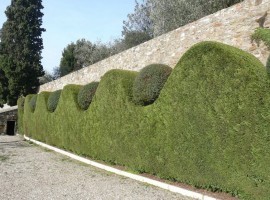 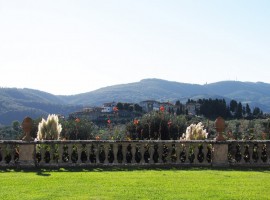 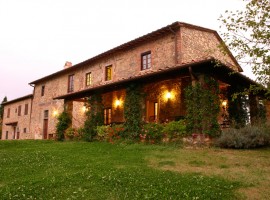 Castello di Trebbio: the fortress of John of the Black Bands

Restructured in 1427 by the architect Michelozzo Michelozzi for Cosimo de Medici, the castle origins date back to 1346.
The name comes from the Latin word for “three ways”: the way towards the North, the way towards Bologna and the way to Florence crossed one other at the base of the building.
This once powerful and massive fortress was home to the family of the John of the Black Bands, one of the most feared and cruel mercenary of all history and even refuge for the sea explorer Amerigo Vespucci fleeing from the plague. Through the ages it suffered a long oblivion and was close to complete ruin.
It is now privately owned and rent for events, conferences and guided tours on request
Info: Castello di Trebbio in San Piero a Sieve (Florence), Tel 0039 – 055 848088 / 339 3029697

Suggested red wine: Cà Marcanda Promis by Gaja winery
10% Sangiovese, 55% Merlot and 35% Syrah
I know Gaja is a winery, if not THE WINERY for Piedmont red; well, anyone complaining Mr Gaja is trying his hand with the Tuscan red?

Our favorite “Tuscan villa” is actually a farmhouse: “Il Pino bioagricoltura”. We love when a small place is surrounded by organic food fields: it gives the definition km0 some consistency. 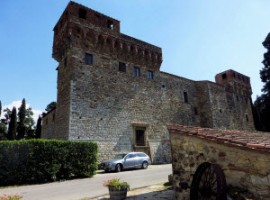 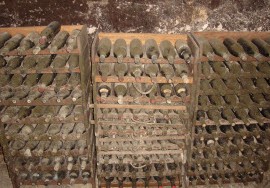 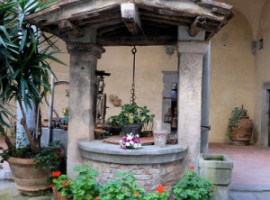 Built as a fortress and adapted to be a summer residence where the Medici families and their acquantances could meet, dance, cheer up and escape the warm and oppressive air of Florence, the palace has undergone many works but still traces of the works of Michelozzo Michelozzi can be spotted here and there: family coats of arms in local stone, known as “pietra serena”, decorations , etc.
The castle is now the centre of many activities (historical banquets, cooking school and guided visits)
Tourists and visitors are welcome to experience the typical local friendly and genuine atmosphere.
Info: Castello di Cafaggiolo, Barberino di Mugello (Florence), Tel 0039 – 055 847 9396

Our favorite “Tuscan villa” is “B&B i Villini”: 15 min from Florence but even less from the Arno river, the Sieve River and the woods of Vallombrosa.Experience the true Tuscan countryside! 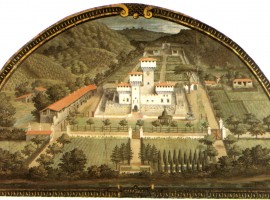 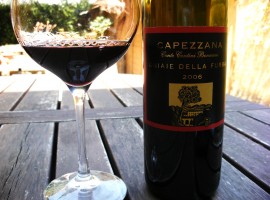 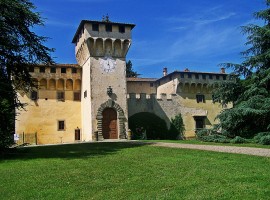 Villa Medicea di Castello: a walk in the most magnificent garden of Europe

The villa underwent many restorations and conversions as many other villas of the area: each change of ownership brought with it a change in the function and therefore the structure of the residence.
The villa is now home to the highly reputed “Accademia della Crusca”, the Italian agency for the study of the Italian language: the Accademia is the only official authority which can change the destiny of a word from a messy amount of sounds uttered in the streets into a neologism pupils can use in their homework!
You think literature and neologisms are not worth a visit? Wait and turn the corner of the villa: you will find what the art critic Vasari once described as “the richest, the most magnificent and most ornate garden in Europe” featuring local and foreign trees and works of art in marble, stone, bronze by Gianbologna and his school.
The gardens are open to visitors and the entry is free of charge.
Please check the opening hours calling the information number listed below
Info: www.uffizzi.firenze.it, Castello (Florence), tel. 0039.- 055-452691 – 055 454791

Our favorite Tuscan Villa is “Fattoria di Poggiopiano”: ever slept in a XVII century farmhouse overlooking the Arno valley? Well, right time then. 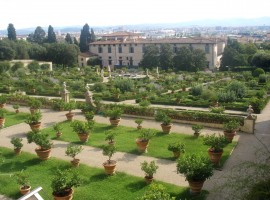 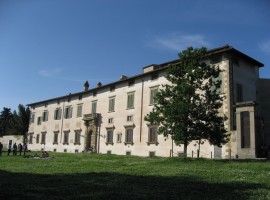 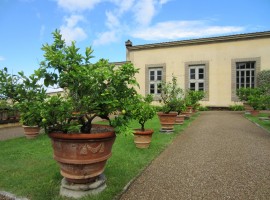 Villa Medicea della Petraia: a home for an emperor…or a little king

Not far from the Villa Medicea di Castello lies the Villa Medicea della Petraia.
Once bought by Ferdinando de’ Medici, the destiny of the once lovely but simple summer residence was signed: the cardinal Ferdinando de’ Medici had the palace completely readapted for an emperor. Impressive walls, wide Italian gardens rich in decorative plants and foreign essences, sculptures , large salons, decorated and made the villa the ideal residence for an emperor.
Yet no Medici members never became an emperor.
But the palace became the residence of a royal member later on. The small (not only in terms of power but in terms of his stature as well) King Vittorio Emanuele II and his morganatic wife, the so called “bella Rosina” (the nice Rosina), moved and livedhere when Florence became the new capital of the new born Italian reign in 1865. The royal couple ordered some works and the magnificent vaulted central court covered.
Info: www.uffizi.firenze.it, Castello (Florence), Tel.0039 – 055-452691

Our favorite Tuscan Villa is “B&B La Martellina”: I have never slept in a XIII century mill. Have you? 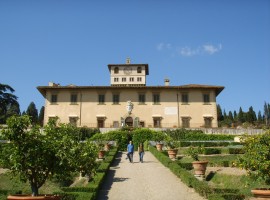 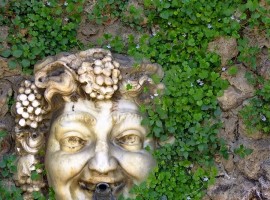 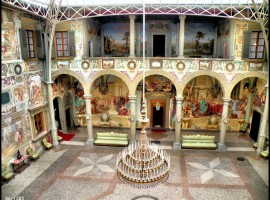 Excellent red wine, beautiful palaces, legendary characters…if you want to know more keep an eye open for the second part of this article: Italy Green Travel has more exclusive tips and suggestion for your Easter 2014