Ecoresost 1600 inside an old olive grove surrounded by forests populated by wild animals with stunning views of the lake. Hospitality made contact with nature, relaxation, health, taste and local products.

When in 1999 for the first time we arrived at the old farmhouse now abandoned after the Second World War, traveling by motorbike the road in the middle of the woods now almost closed by the luxuriant vegetation, we were struck, as well as by the beautiful location, by the charm and energy of this place that combined the austerity of the stone forms with an intact natural environment in a harmony of colors, lights and smells.
It is from this "love at first sight" from this deep contact with the place that the decision to buy it emerged in the shortest time.

Il Cantico della Natura is a Resort on Lake Trasimeno that is housed in an ancient farmhouse from the 1600s, initially a small convent then a farmhouse that in the past hosted up to 6 families. Remained intact due to the strength of the centuries, it is entirely built in local ancient stone facing.
Divided into a main block flanked by two annexed structures, it is configured as a small rural village, sober but austere, dominating the hill overlooking Lake Trasimeno.
The farmhouse, abandoned after the Second World War, has been expertly renovated by the Micci family, keeping intact the characteristics of the past, and furnished with original late 19th century furniture. Today it looks like a charming residence that harmoniously combines the charm of history with modern services: one is immersed in nature but with all the little luxuries of a charming hotel.

At the Canticle of Nature, particular attention was paid to the construction and furnishing of the rooms, which are presented as welcoming caskets where the ancient flavor and attention to detail meet with cutting-edge technological services.
Each room and bathroom is different from the other and personalized, combined with the month of the year it represents, so that each guest can choose the environment closest to their needs and attitudes.
The 6 superior double rooms, the two junior suites, the suites and the EcoSuites are finely restored and furnished with original late 19th century furniture and are inspired by the months of the year and the phases of rural life that characterize them, from which they resume the name and are inspired by a cordial welcome made of attentive services and small details:

From the welcome that introduces the soft beds furnished with Umbrian fabrics and surrounded by carpets, to the bathrooms, each one different from the other.
From small cuddles designed for different needs: from the mini bar to the safe, from the kettle with which to savor a selection of tea and herbal teas, from the fragrant harmonies of incense made available, from the characteristic wooden kit for cleaning shoes to the towel holder, to the courtesy kit.
Attention to technology with telephone, satellite TV and independent internet socket in each room, complete and free wifi inside and outside, double heating system (underfloor and with convention) and cooling (air conditioning and fan).
Some rooms and the Marzius junior suite defined as Love, enjoy a particularly intimate atmosphere and original and welcoming very large tubs (some of which are visible on the bed) where you can take a bath for two, designed for an intimate and original moment. Some rooms have a view of Lake Trasimeno.
The path between the rooms becomes a path between the temporal seasons and the seasons of life that accompany them. 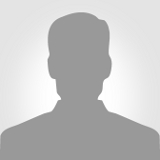 It has been noticed: Organic or Local Food.

MEDIOCRE EXPERIENCE
The only positive aspect is the beauty of the context in which the structure is inserted, rich in nature and with a romantic view of Lake Trasimeno.
Everything else is of a low level, in contrast to the requested prices and the ECORESORT nomenclature.
Room: cozy but small. Small bed with mattress (if you can define it as such) really uncomfortable, you could feel the springs, it was like sleeping on a sofa bed. Also poorly soundproofed room, during the night you could hear the engine of the air conditioner that turned on and off every 30 seconds.
Services: poor / non-existent
Pool: dirty and not maintained. Nobody chairs the pool. Dishes (plastic ... ?? eco ??) and drinks left by the pool until late evening. Iron beds WITHOUT mattress (in practice if you lie down you get burns)
Breakfast: Good but slow and disorganized service, I recommend going as soon as the service opens.
Conclusion: not recommended to go there. Personally my stay was interrupted 2 days before the due date.

Structure of absolute excellence. Surrounded by greenery, with a marvelous view of Lake Trasimeno. All clean and well-kept, cozy room with everything you need. Kind staff. Excellent meal service with quality products. Perfect context for those who want to seek relaxation.

It has been noticed: Organic or Local Food, Ecological cleaning products.

thank you very much Jacopo. we are glad that you had a nice stay

Make your travel greener by booking with Ecobnb.

Thank you for your review

Thanks for posting your review.
Your opinion will help future travelers to better choose their next destination.

With this review, you got 50 points Reconnect