One of the actively developing ways to travel in recent decades has been ecotourism. The term “ecotourism” appeared in the 1980s. At first, it was used to describe travel routes where the last stop was a visit to ecologically significant locations such as tropical forests, waterfalls, caverns, and other natural landmarks. Through the contemplation of the natural beauty, these routes were intended to instill in travelers a conscious awareness of the need to protect the environment.

Today, ecotourism encompasses a wide range of intriguing activities in addition to this. Long hikes in untouched wilderness, mountain camping, encounters with animals in the wild, stays with locals where you may teach them crafts or assist with harvesting, stays in solar-powered hotels, and many more activities are included.

In all ecotourism practices, the idea of responsibility remains important. People must be aware of the consequences of the conveniences of modern global tourism and be willing (as much as possible) to sacrifice them.

A great place for travelers ready for this kind of practice is the Cies Islands. The archipelago is situated in the Atlantic Ocean, 15 kilometers from Vigo, the capital of Galicia, a part of northern Spain that borders Portugal. Monteagudo, Faro, and San Martiño are the three islands that make up the Cies. San Martiño is separated from the first two islands by a strait, while they are connected by a sand spit. Notably, the islands, which are a part of Galicia, the rainiest region in Spain, rarely see rain because of their special geographic location.

The archipelago has been a designated nature park since 1980. From April to October, it is accessible to tourists. Galicia’s local government has been advocating for the islands’ inclusion on the list of the world’s greatest natural wonders since 2013. In light of this, specific guidelines for visiting the islands have been created that are directly tied to the values and principles of ecotourism:

How to get there

The only means of transportation to Cies is by ferry. The city of Vigo is the closest to them; the travel there takes around 40 minutes, and a round-way ticket there costs between 14 and 18 euros. There are nine daily departures from the port of Vigo during the hot season (July to September), compared to three during the other months.

The archipelago can also be reached from two other Galician towns, the small towns of Baiona and Cangas. The distance to the islands from each of them is about 20 km. The trip takes about an hour, the ticket will cost the same 14-18 euros. Due to the limited number of tourists, it is recommended to book tickets in advance.

The return ticket must also be purchased at the same time. For those who plan to stay on the islands for several nights, it is necessary to enter the camp reservation code when purchasing tickets, so decide in advance how much time you plan to devote to this place.

The ferry will leave you on the island of Monteagudo. Since the island of Faro is connected to it, it takes 40 minutes to get there. On the other hand, you cannot get to San Martiño by public ferry. It is accessible only to those who come to Cies by personal or rented in Spain water transport. However, you need to get permission from the park administration to get on San Martiño.

Two to fifteen days are permitted on the islands from May to September. In Faro, an 800-bed tent camp has been established for this purpose. This is the only area that can accommodate guests on the islands of Monteagudo and Faro. If you intend to visit San Martiño, you are welcome to camp there in the wild.

You have a choice of using your own tents or pre-built tents when camping on Faro Island. It will cost between 5 and 9 euros a night for a space for your own tent. Some tourists do not know how to sleep in a tent but still want to participate in ecotourism. For them there are tents (2 or 4 people) with beds inside. A night in the tent will cost between 40-75 euros.

There is a restaurant 15 minutes from the campsite. There is a small supermarket on its territory, where you can buy basic “camping ration” products. For example bread, dairy products, canned foods, fruit, nuts, and water. Not far from the camp there is a shower with hot and cold water. But there is a charge for using it – 50 cents for each shower. For a fee (2 euros) you can get unlimited access to Wi-Fi and charge your own devices.

Things to do in Cies Islands

To enjoy beaches untouched by the tourism industry with azure waters of the ocean and white shiny sand is certainly one of the main goals of a trip to Cies. There are six of them in the archipelago. One of them – Rhodes (on the island of Faro) is annually included in the lists of the best beaches in the world. But beach vacation is not the only thing to do on the islands.

Monteagudo and Faro offer guests guided tours on four routes, two of which involve climbing up the mountain to the lighthouses. The tours are conducted in Spanish, English, and Portuguese. The guides will tell you about the history of the islands, the peculiarities of the local flora and fauna, the Galician traditions and beliefs related to the islands. If you prefer to explore on your own, don’t forget to pick up a map with walking routes on the ferry or from the campsite administrators.

Tourists spending several days on the islands are invited to take part in free night theatrical tours and photo walks, and watch the stars together. A separate educational and entertaining program is provided for the youngest guests of the islands. Information on all activities can be obtained directly from the campsite administrators. 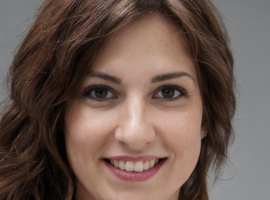 Author: Helen Wilson is a professional content writer from Essaypay.com company. Her main spheres of specialization are Health, Productivity, and Self-development. She also studies psychology and marketing

In Canary Islands, an ecological house looking at the future

Croatia is characterized by a long coastline and thousands of islands. There are wild and unspoied islands, but also Croatian islands rich of history. Do you want to spend your hoidays there but you don’t know which one is best for you? Let’s discover the most beautiful Croatian islands for a sustainable holiday, to surround yourself […]

Can you imagine the beauty of spend some days on an island without cars? Yes, that’s right: no parking lots, busy streets, traffic and parking tickets. If you have never experienced a car free vacation, here are 3 italian islands Italian from which you can start. From Sicily to the Alps, you can choose to feel […]