In Sardinia there is a mysterious place, a fascinating archaeological monument. It is the well of Saint Cristina’s sanctuary, sacred nuragic area par excellence, which stands on a basaltic plateau near Paulilatino. 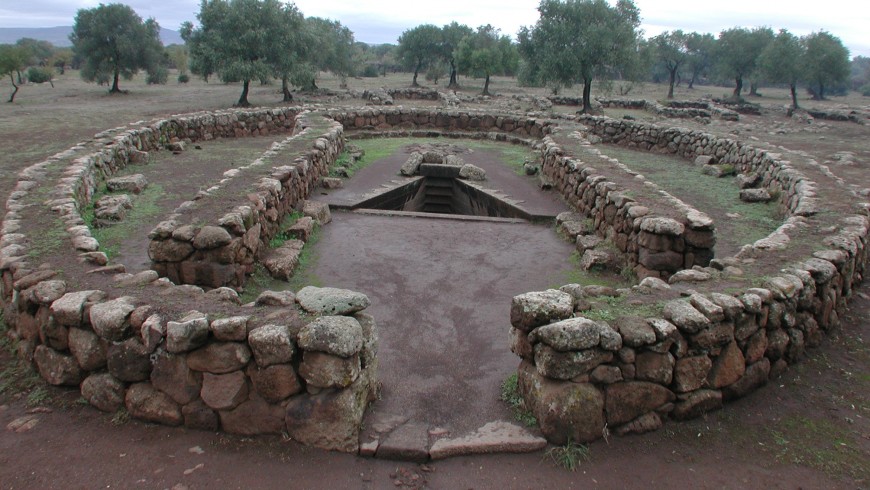 When you find yourself in front of the well it is not easy to believe that it is a work dating back to 1000 BC: its so balanced proportions, its geometric composition and its state of preservation amaze every visitors. It is truly an architectural marvel and its trapezoidal-shaped staircase seems an invitation to descend into the belly of the earth. But let’s discover its structure and its function. 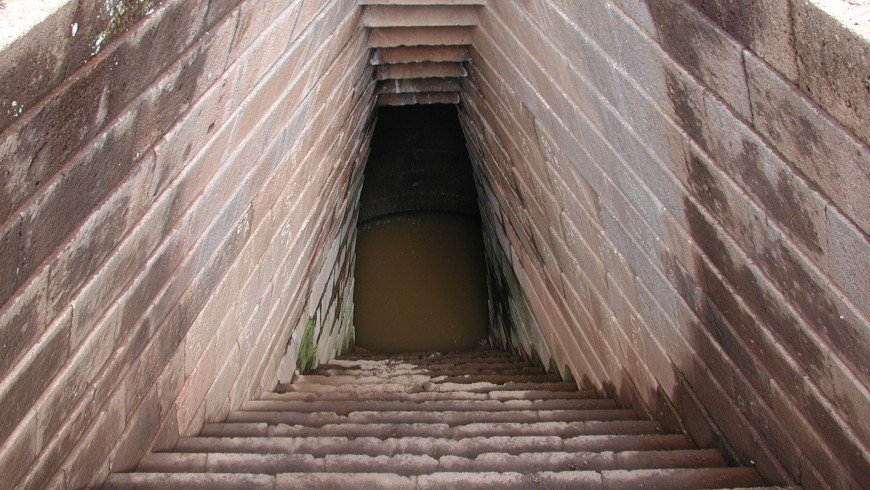 Santa Cristina well is surrounded by nature and ancient olive trees, but also by what remains of the nuragic village, which includes a single tower nuraghe, and the Christian village. The well temple of Santa Cristina is embraced by the themenos, an elliptical sacred enclosure that separates the sacred area from the profane one, which surrounds another one that has a form of a lock. The well is preceded by a vestibule which follows the staircase formed by 24 steps and which narrows downward as it approaches the chamber containing the actual well, formed by a circular cell covered by a vaulted ogival dome, high almost 7 meters. The steps are covered with architraves that create an extraordinary upside-down staircase effect.

Between mysteries and water rituals: the functions of Santa Cristina well

Santa Cristina well was linked to the water cults, the object of religious practices and pilgrimages that brought together entire communities. Even today the water arrives in the basin, dug into the rock, from a perennial slope and the level is always constant.
But was its function just this? Or is there something more? Some scholars think that the sanctuary was also a place of astronomical observation that allowed to scrutinize and measure the celestial motions. A series of events that occur at certain times of the year seem to confirm this theory.
On the occasion of the equinoxes, the sun perfectly illuminates the bottom of the well penetrating through the stairwell and then reflecting on the water. Even more extraordinary and mysterious is the phenomenon concerning the moon: every 18 years and 6 months, when the moon reaches its maximum height, its light passes through the opening on the top of the well. Furthermore, the ratio between the base and the height of the dome coincides, with a very small margin of error, to astronomical geometry. 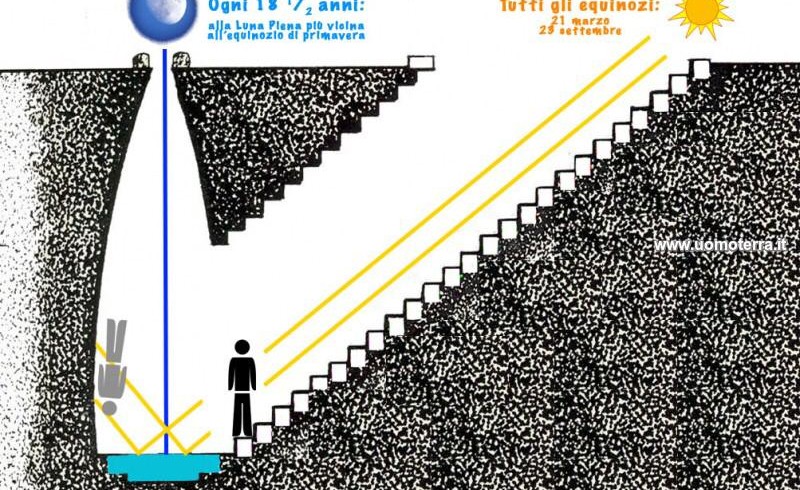 Was the Santa Cristina well a real astronomical observatory? Some say it’s impossible because at the time there would have been a cover similar to that of other wells, which would have prevented any reference to the sky in its use; yet the mystery remains.

Where to sleep to visit Santa Cristina well 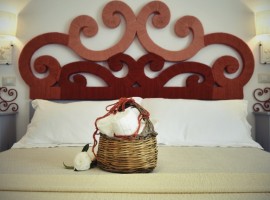 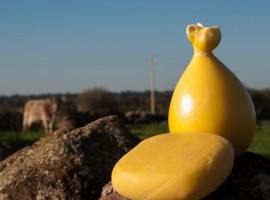 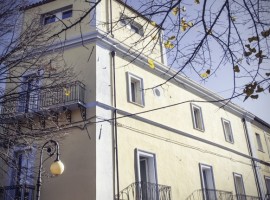 We are in the heart of Sardinia, where north and south meet. On the slopes of Mount Montiferru there is the small village of Paulilatino which houses the Bisos albergo diffuso (Bisos means dreams in Sardinian language). Guests can stay in the rooms of an ancient residence, belonging to the Urgu family for almost 200 years, recovered with the most advanced green building techniques. 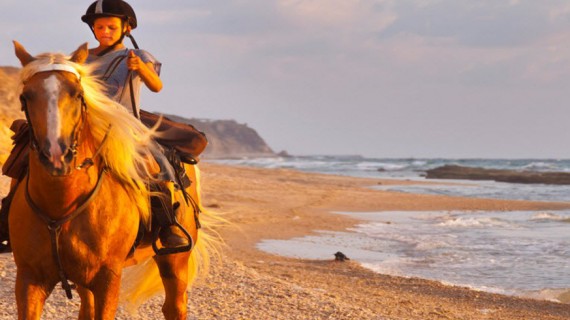 Thinking Sardinia is just the “emerald island” where all jet setters must be in summer time? Read through the unexpected itineraries Italy Green Travel found out for you and let your heart and eyes be surprised by the genuine wildness of Sardinia next Easter holiday. Add creativity to your holiday: Herb seminar at Capo Ferrato, […] 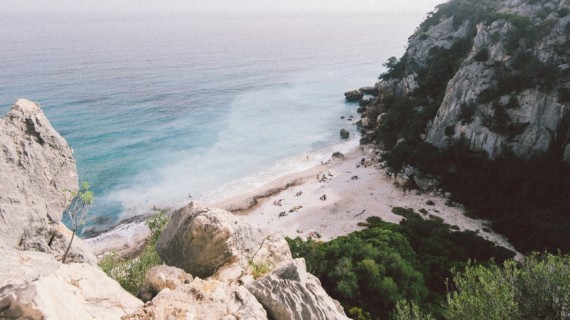 Slow Holiday in Sardinia: 5 itineraries not to be missed in the South of the island

One of the most beautiful region of Italy: Sardinia. An unreal enchanted place, a gem of the earth which rises from the sea, a breeding isle of different landscapes, which makes it a real natural paradise. But Sardinia is not just this: it is also the perfect destination for those who love walking and exploring […] 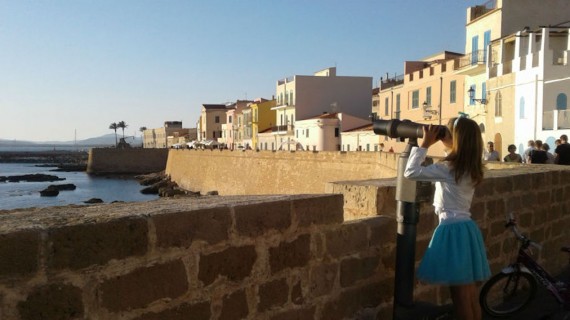 Slow vacation in Alghero, the Catalan pearl of Sardinia

The sea air invades the cobblestone streets of its historic center, its architecture and atmosphere you breathe still remember its Catalan origins, its beaches and promontories are breathtaking: Alghero is a surprising and magical city, a destination perfect for those who do not want to choose, but desire to experience sea, nature, gastronomy, history and […] 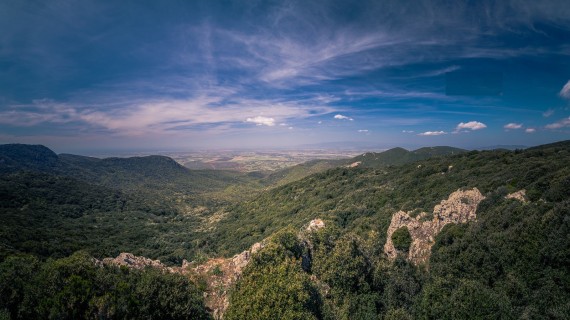 Bisos. Discovering the most authentic Central Sardinia in an innovative hotel concept

Bisos’ history starts in the Central part of Sardinia, where the rhythm of nature lives together with the millennial history of its villages The set of this wonderful story of sustainability is the heart of Sardinia, in the region’s central city of Oristano, which is very far from the chaotic rhythms of the coast. A mountain landscape, surrounded by […]