Vietnam deserves to be visited for many reasons: on one hand it embodies the somewhat rarefied western vision of Asia made of vibrant street life and bizarre traditions, on the other hand it will offer to conscious travelers an experience that goes far beyond the stereotypes . The vast territory of Vietnam is made up of hundreds of different landscapes, ethnicities and complex traditions. It is an ancient country where practices that seem to belong to another century still live in equilibrium with the run to modernity. 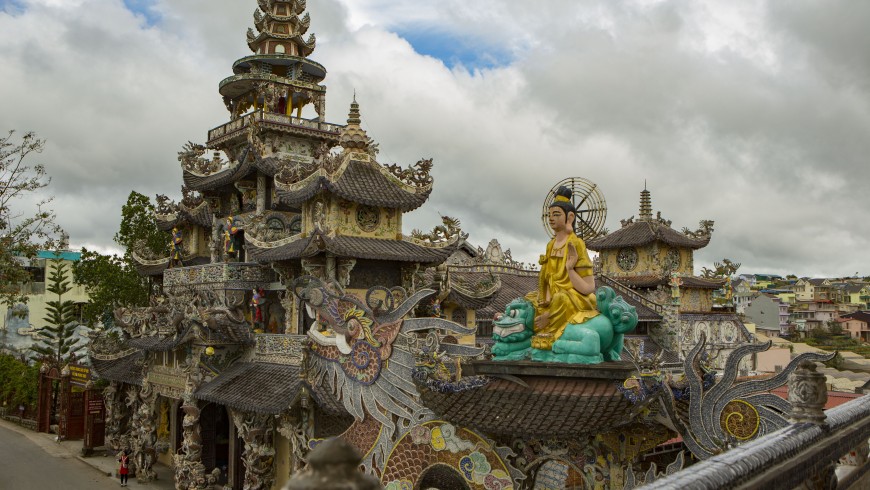 The best way to really know all the facets of the country is to travel like its inhabitants, thus by public transport. However, traveling with such transport, especially by buses, in Vietnam can be an unbearable experience: roads full of traffic and drivers who drive as demigods can lead the visitor seriously thinking that their lives are going to end at any moment . But during my last trip to Asia I found the solution to this inconvenience, a real pearl for the lovers of slow travel: visiting Vietnam by train thanks to Reunification Express, the railway linking the country from north to south. 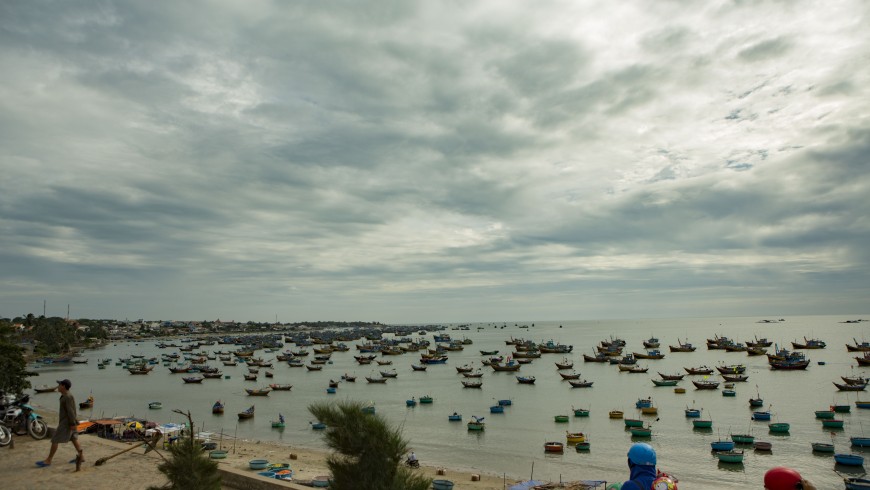 The construction of the railway linking Saigon to Hanoi, then named Transindochinois, began during French colonization in 1899 and was completed in 1936. During the wars involving Vietnam in the course of the 1900s the line was often sabotaged and bombardments. Until 1975, following the reunification of the country and just to celebrate the newly established Vietnamese unity, the government pledged to restore the line as soon as possible and on December 31, 1976, it was inaugurated under the name Reunification Express.

Today, with 36 hours of travel, it is possible to reach Ho Chi Minh City from Hanoi and vice versa, crossing Vietnam’s green landscapes, though it is advisable to break the trip and discover the country along the way. 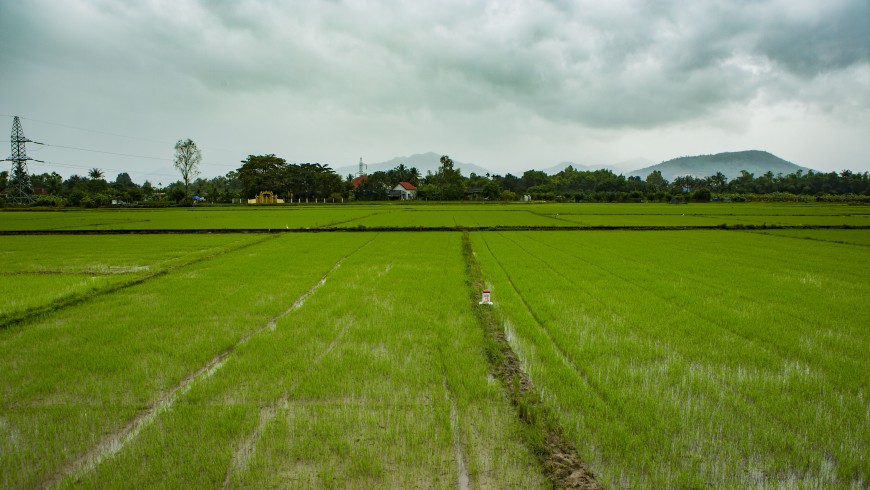 This train is perfect for those who love to travel slowly, forget about European trains and know that Reunification Express travels at 50 kms, slower than an Italian regional train.

Some practical advice for a train trip through Vietnam: the seating types are divided into hard seats, soft seats, hard bunks and soft berths. Since hard sears are not defined do because they are orthopedic but because they are made of wood, it is advisable to choose the soft ones, a little more expensive but still very affordable (about 1.175.000 dong Vietnamese or 46 euros for Ho Chi Mihn City-Hanoi). 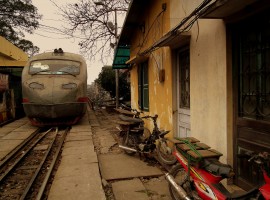 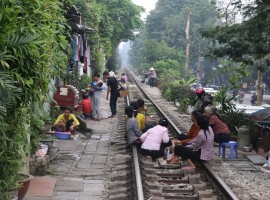 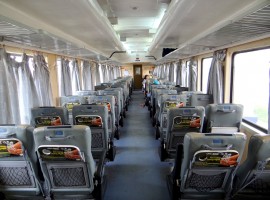 To really spare you can avoid buying tickets at the agencies that often charge rather exaggerated surcharges and go directly to the train station. Trying to buy a train ticket in a country where very few people speak English is in itself an experience that is worth doing and will be just the first of many adventures that will come to you by traveling through Vietnam.

For the trip it is advisable to carry food while on board is often available a Vietnamese-style refreshment service cooked at the time, always very cheap and picturesque. In general, Asian cuisine, even served on Reunification Express, has options for vegetarians. 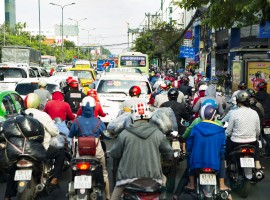 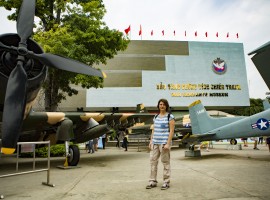 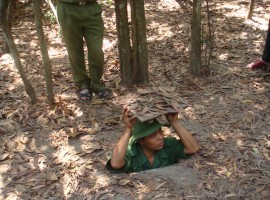 We start from the ancient Saigon, now Ho Chi Minh City. It is not the place for those looking for quiet because it looks like a horn beating, neon lights, and swarms of motorcycles every hour of the day and night. However, it deserves a pause for a couple of days to trace the traces left by the war with the US visiting the War Remnants Museum and the close Cu Cuerie Galleries where the vietcong shelter was. In these places the conflict is told from the Vietnamese point of view, but it is still very obvious what horror has been for all involved parties. 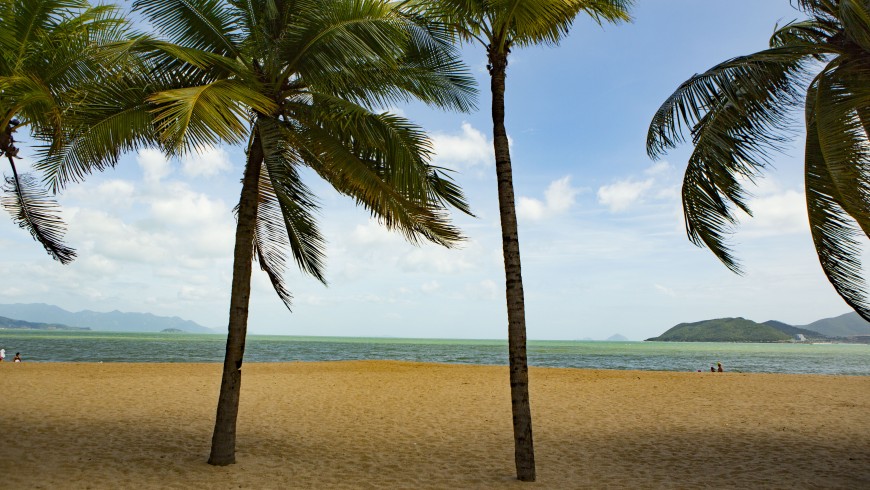 After Ho Chi Minh traffic it’s okay to look for some quiet and board the train in the direction of Nha Trang. Today, the old fishing village is practically disappear after the assault of Russian and Chinese tourists, but two days spent on the white beach of the city will make you realize why this place has become so popular among tourists. In Nha Trang you can still find craft workshops dedicated to silk work and the embroidery of complex compositions on canvas. 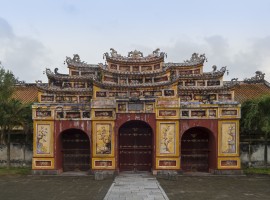 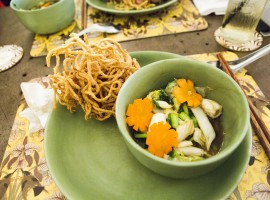 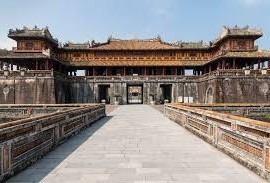 Another key milestone on the Reunification Express route is Hué. Declared UNESCO patrimony, the ancient imperial city has still the signs of the war with the USA: many of the ancient palaces have been devastated by bombing and today centennial remains coexist with skyscrapers and modern buildings. Despite this, the location along the Perfume River and the imperial residences of the Citadel make Hué one of the most fascinating cities in Vietnam. Additionally, in Hué you can try authentic imperial cuisine, a very refined variation of traditional Vietnamese cuisine born during the reign of Emperor Tu Duc.

The original Vietnam of Hanoi

The Reunification Express race ends (or begins) in the capital of Vietnam, Hanoi. As for Ho Chi Mihn, you do not have to be frightened of traffic and the ideal is to throw yourself into the narrow streets of the Old Quarter of Hanoi, get lost between the old and modern buildings and try out the hundreds of stalls of street food without making too many questions about what you are going to taste but let yourself be guided by the olfactory instinct. Hanoi is also a great starting point for visiting the most famous Halong Bay. 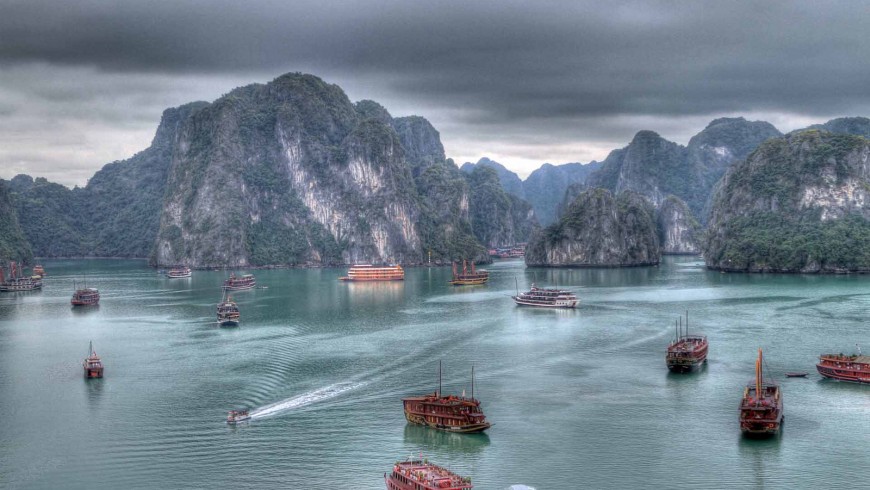 These are just the most popular stages of Reunification Express, the train does many other stops along its way. The best advice is to visit Vietnam and let yourself guide by you own instinct and go to the discovery of lesser known stations.

One thought on “Through Vietnam by train: the Reunification Express”