The fable about the pig building a straw house, flying away after repeated puffs and puffs of the big bad wolf, is now part only of our cultural heritage. Differently from what the famous fairy tale tells us, building with straw can be a smart, ecological and innovative way to create sustainable architecture, aimed at improving the quality of life. 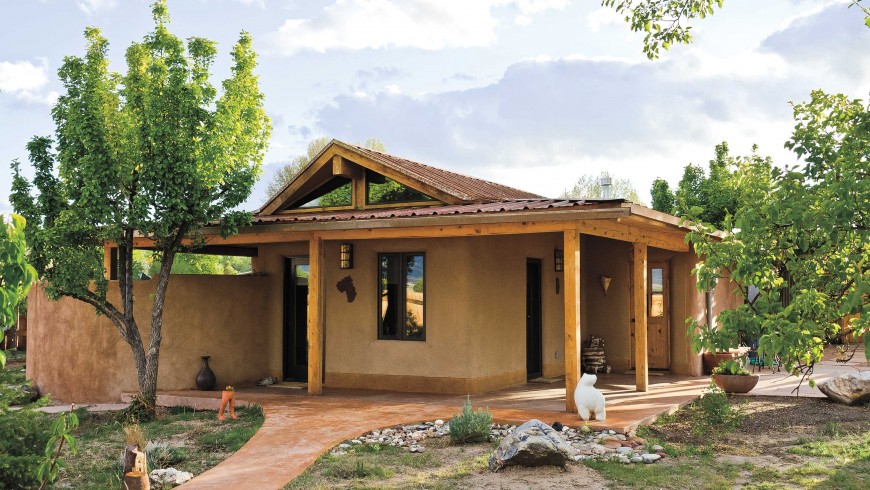 The advantages of straw houses

In addition to the simplicity of construction, the main advantages of this amazing natural material are: 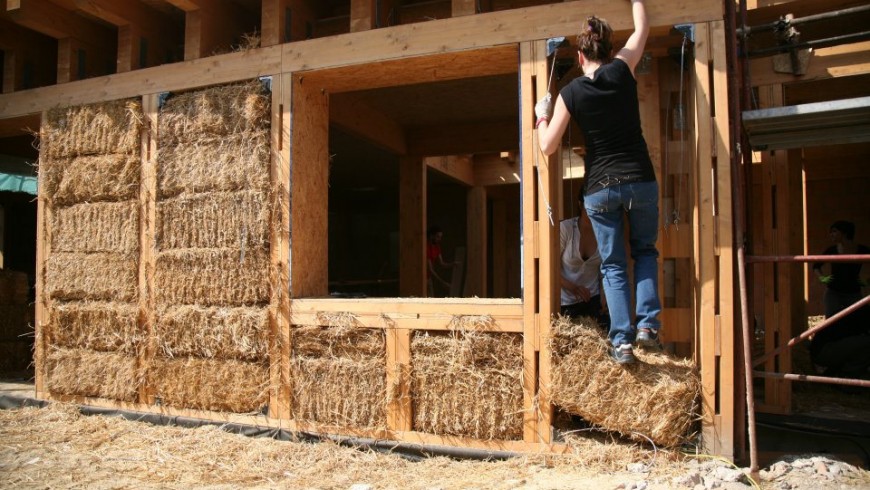 Straw house made by Bag officinamobile in Rome

When were straw houses invented?

The history tells of the ancient techniques of construction with straw bales with load-bearing walls since the end of 1800.

In the US, mainly in Nebraska, this technique were already use at the beginning of the last century, because in some areas find stone and timber wasn’t easy. Even today this system is called “Nebraska” technique.

The invention of the steam-packing machines have led to the pressed straw bales, which were used as large bricks. The pressed straw bales do not contain oxygen and this ensures a high resistance to fire, because you do not create combustion. Several tests have shown that a straw plastered wall can resist the temperature of 1000 degrees for about 3 hours. 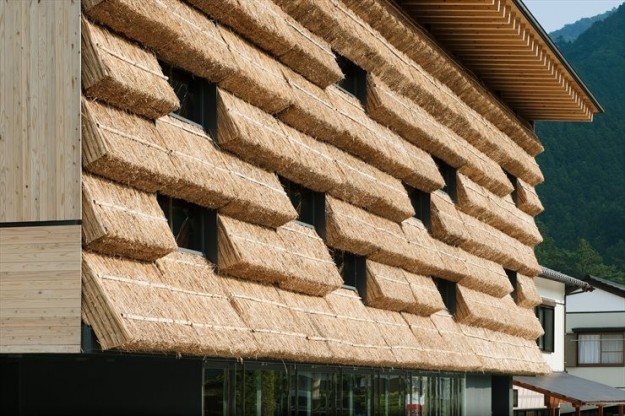 This type of construction offers significant advantages, first is an insulator and economical material (straw costs 2 to 3 times less than other insulators), it’s also earthquake-proof, breathable, biodegradable, and the environmental impact is minimal.

To build a straw house takes very little time, around two weeks and the cost for its construction is much lower that a common house, because the straw is considered a waste material and therefore has a low cost. 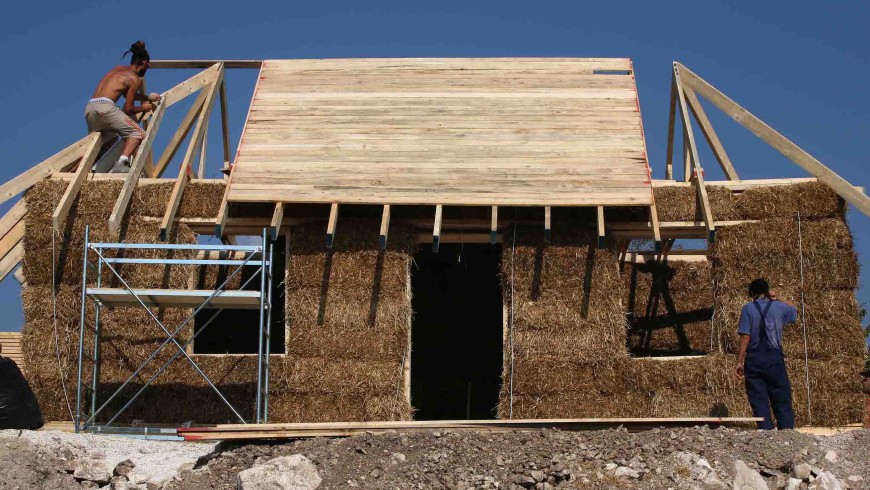 Today there are three main methods of construction with straw.

In Italy there are some interesting examples of straw houses where you can spend your holidays.

Al Gufo Saggio is a house built entirely of straw bales that has became a B&B. It is located in the countryside of Ravenna, 30 minutes from town and 20 from the sea. The rich buffet breakfast is made with home-made dishes and local foods: bread, buns, cakes and biscuits, juices and jams. 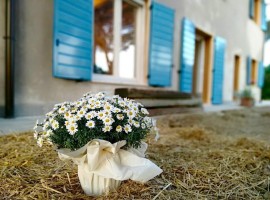 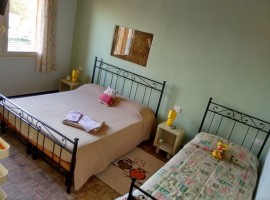 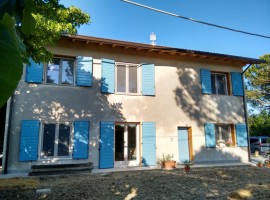 In Sicily Felcerossa awaits us for a sustainable holiday on Mount Etna. The rural accommodation is located on the eastern side of the volcano, overlooking the sea. The main house is built of straw bales, according to the criteria of green building. In addition to discovering the secrets of the straw houses, you can taste the fresh products produced on site and discover the surrounding wonders. 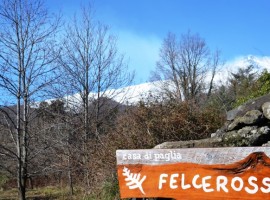 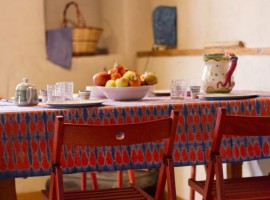 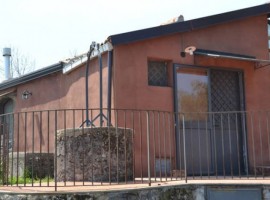 Residence Esserhof, in Lana in the province of Bolzano, is a magnificent example of construction with straw bales.

Here the architect Werner Schmidt opulently blended tradition with modernity. The pressed straw bales have been used as standard size large  and interspersed with elements made of wood, which contain doors and windows. The walls were smoothed and plastered with clay, chosen for biocompatibility and the ability to adjust the indoor humidity. Even the ceilings and the floors were insulated with thick layers of straw.

The building is now a charming eco-friendly B&B where Norbert and Barbara will be happy to welcome you. 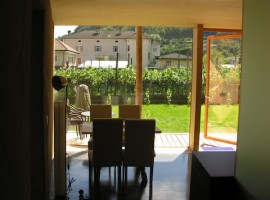 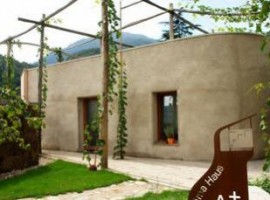 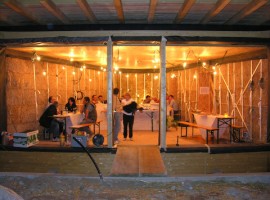 Another splendid example that we can visit in the wonderful Umbria is the organic farm house Panta Rei, one of the most green accommodations of Italy, set between oak woods, on the hills overlooking Lake Trasimeno.

The farm, as well as being partly built in straw, provides class to learn how to build with this natural material. 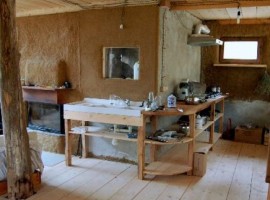 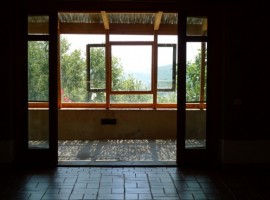 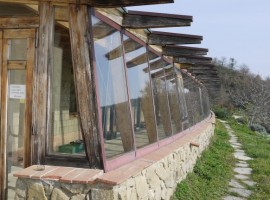 Casa Mattia is an accommodation made with straw bales, wood and plaster in raw earth and lime.

The building is immersed in the green, a few steps from the gardens of Ninfa and 40 minutes from Rome and is the first B&B in straw throughout the Lazio region. 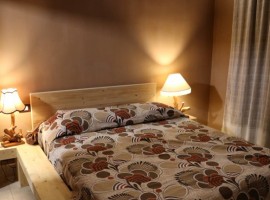 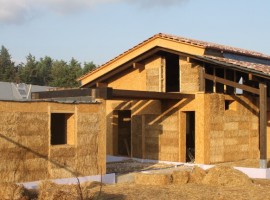 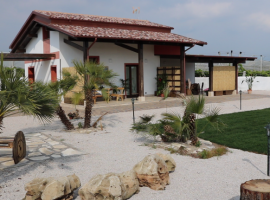 Would you like to live in a straw house?