The Sienese hills enclose unexpected beauty, art, culture and amazing landscapes. It is a unmatched, romantic and antique scenery. Unforgettable colors and shapes seem to form a dream. The scents and the genuine products of the earth are delicious flavors of yesteryear.

The cypresses, the hills of Mount Amiata, the narrow streets of the medieval villages,the natural hot springs, they will enter into heart forever. Follow me on this journey into the heart of Italy, exploring the Sienese hills, among 10 idyllic places.

10 things to do, see and experience in the Sienese hills 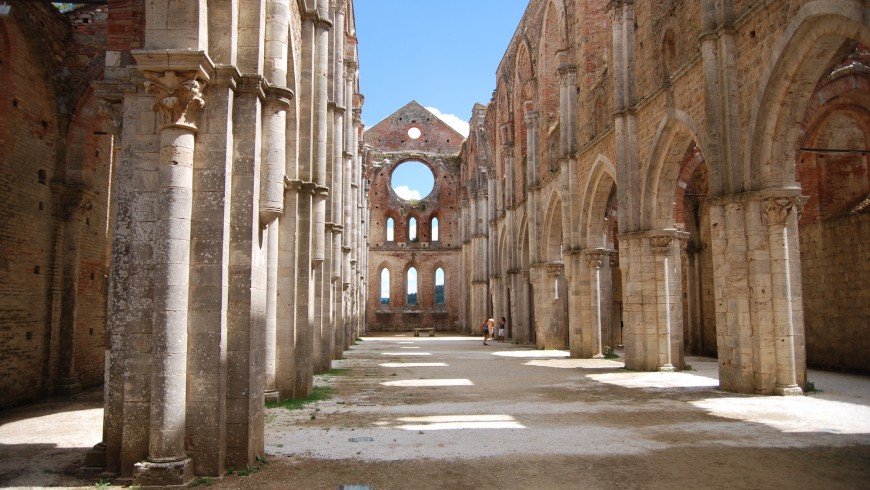 Thirty kilometers away from Siena, you will visit one of the most evocative of Tuscany, on the trail of the legend of the Knights of the Round Table. At the center of a plain, isolated from everything and surrounded only by green, stands this Gothic building, made even more special because of the lack of roof. These are the sites of the famous legend, and a short walk from the Abbey we find the Hermitage of Montesiepi, keeper of the legendary Sword in the Stone.

2. A bath in natural hot springs of Petriolo 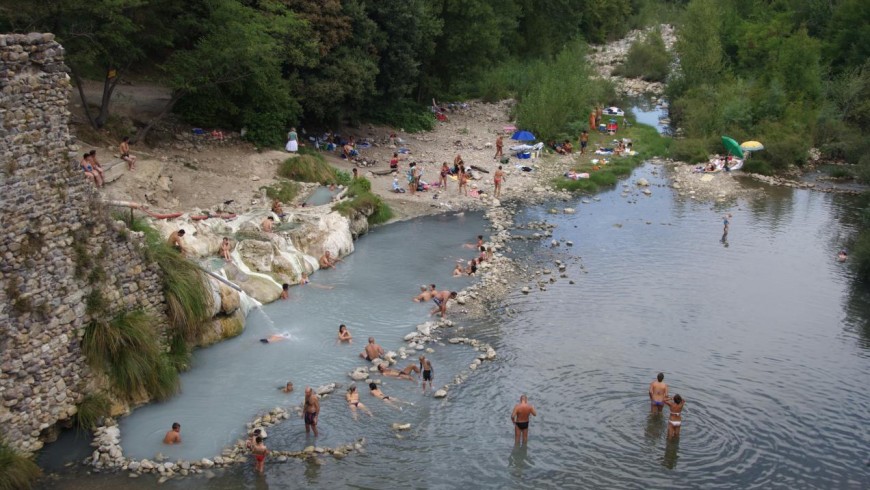 Along the banks of the river Farma, immersed in an enchanting setting between lush forests it hides the second pearl of our journey through the Sienese hills. They the closest free hot springs in Siena, in the municipality of Moticiano and here the underground water flows at a temperature of 43°, forming small pools.

3. Uncover the geysers of Sasso Pisano and Monterotondo Marittimo 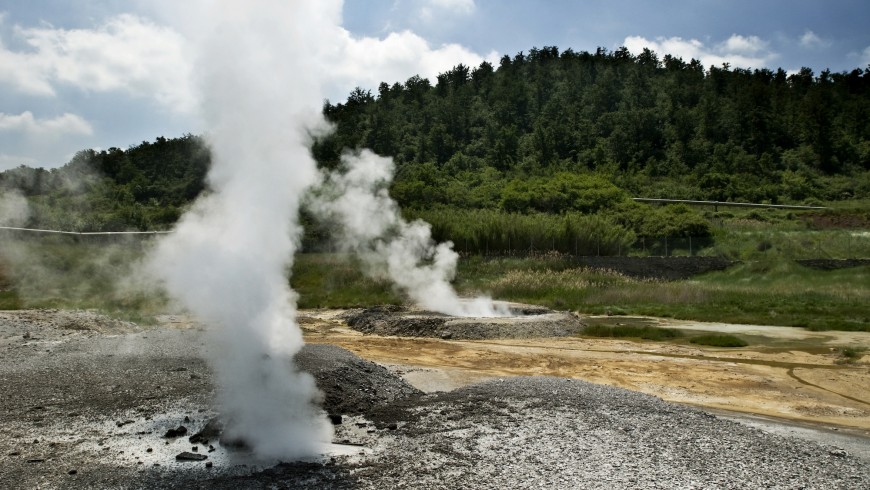 The Sienese hills allow you to discover a rare natural phenomenon, that you can find only in Iceland, New Zealand, in the far east of Siberia and in Yellowstone Park in Wyoming. It is a mysterious place, once known as the Valley of the devil, for the presence of geysers, sulphurous smoke and natural steam jets that emanate from the ground violently, creating a fascinating show that you cannot miss.

4. Walk along a stretch of Via Francigena, with a stop in San Quirico d’Orcia 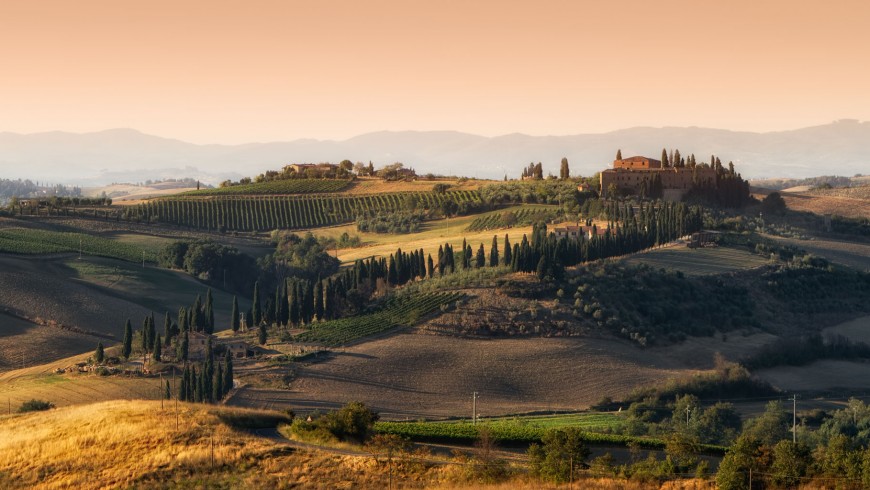 In these lands, Via Francigena passes on its way to Rome. Here there’s one of the most beautiful stages of all the 1600 km. We are in the heart of Val d’Orcia, in the province of Siena, 424m above sea level, in the beautiful village of Etruscan origin of San Quirico d’Orcia, consisting of picturesque streets and medieval fortresses. The landscapes that meet up to Radicofani are breathtaking; between the up and down between the hills and the woods it’s the perfect place for a pilgrimage to the discovery of nature and of yourself. 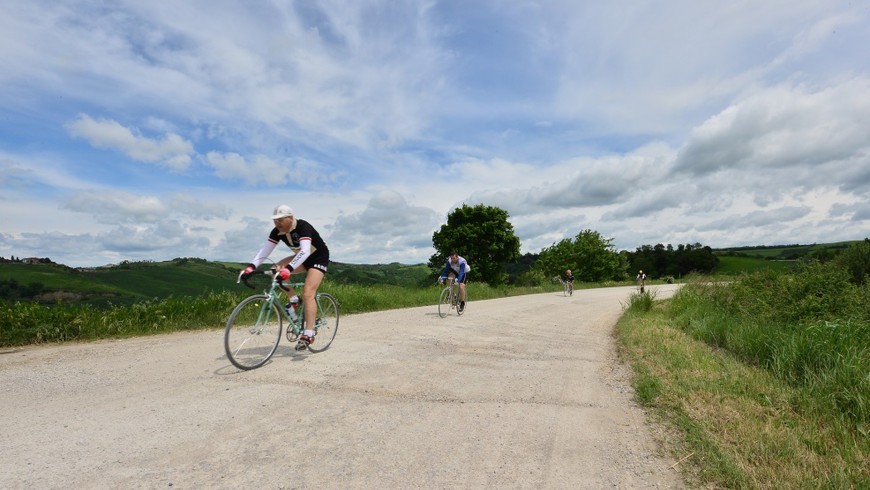 In the spring, south of Siena between Val d’Arbia, Val d’Orcia and the Crete Senesi held a beautiful historical cycling event along the white gravel roads through vineyards and incredible views. Anyone can sign up for this bike ride. On the occasion, an interesting festival is also organized, with exhibitions, markets, sports tournaments and music! 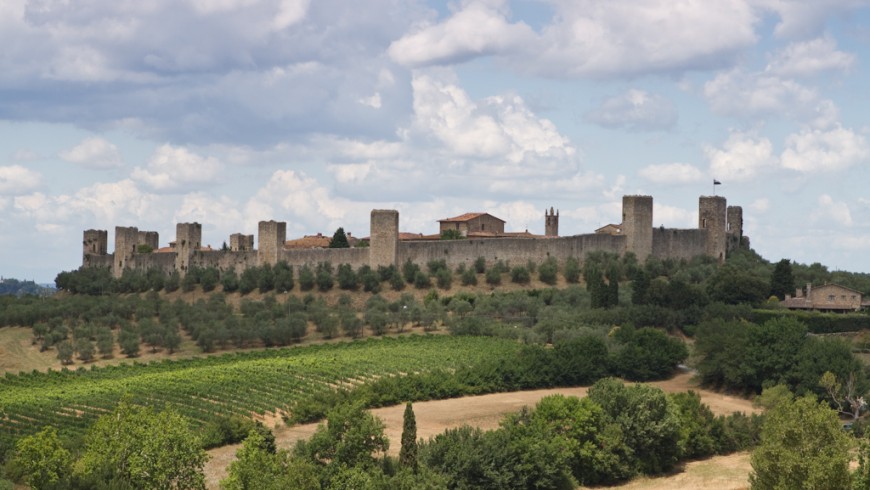 On top of a hill lies the beautiful village of Monteriggioni. Its walls, almost intact, is known throughout the peninsula, since the times of Dante, who mentions it in the thirty-first Inferno’s canto. The walls are long 570 m and are alternated by 14 towers and by Porta Franca and that of St. John. It’s a blast from the past, a unique emotion.

7. Sleep in a former watch tower with magnificent views of the hills 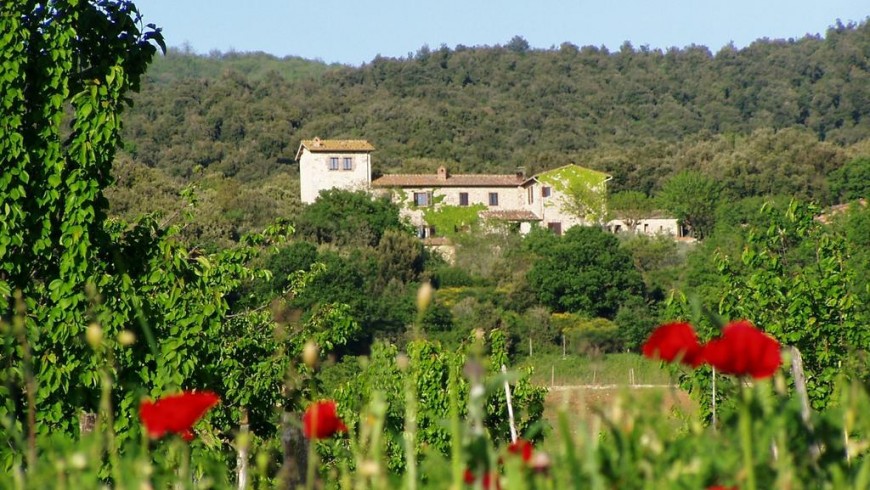 To know the Tuscan hospitality, to relax in a hammock, to admire the Sienese hills from your window, there is no better place that the Farmhouse Torre Doganiera. You can find accommodation in one of three apartments available, all furnished in typical Tuscan style, with private garden.

8. Walk in the protected area of ​​Montagnola 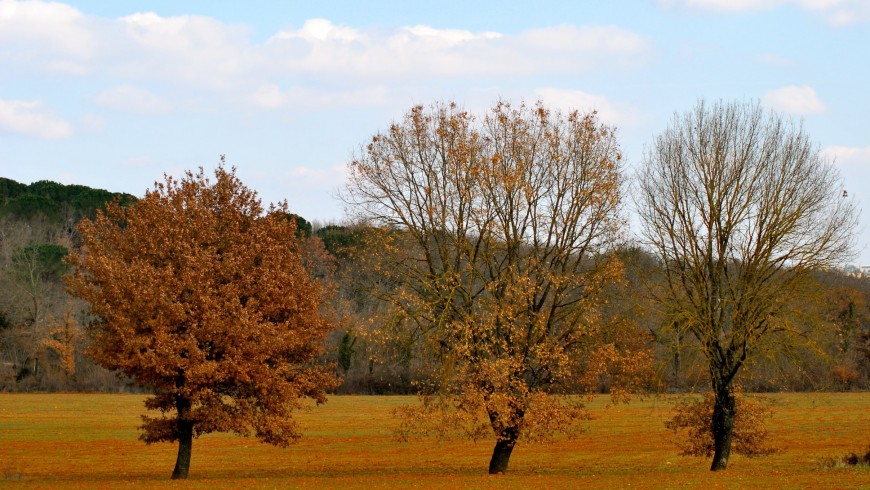 In Tuscany every corner is a little paradise; in the Siena hills there’s also a paradise for hikers. It is the Montagnola Senese, a small hilly area rich in fauna and flora. It is home to rare animals such as the Kestrel, the Italian Crested Newt and five species of bats. Immerse yourself in the immense forest of live oak and be enchanted by the pristine nature.

9. Enjoy a glass of Brunello 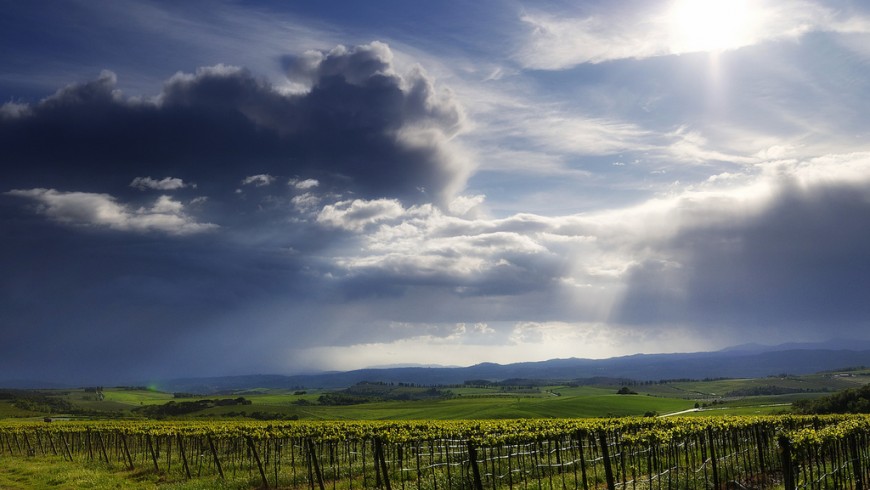 Walking on the many routes along the Sienese hills, you’ll notice the large number of vineyards. Those of Montalcino give life to one of the most famous Italian wines, Brunello. What’s better than a sip a glass of it there, between the land that produces it?

10. Photograph the landscape from one of the towers of San Gimignano 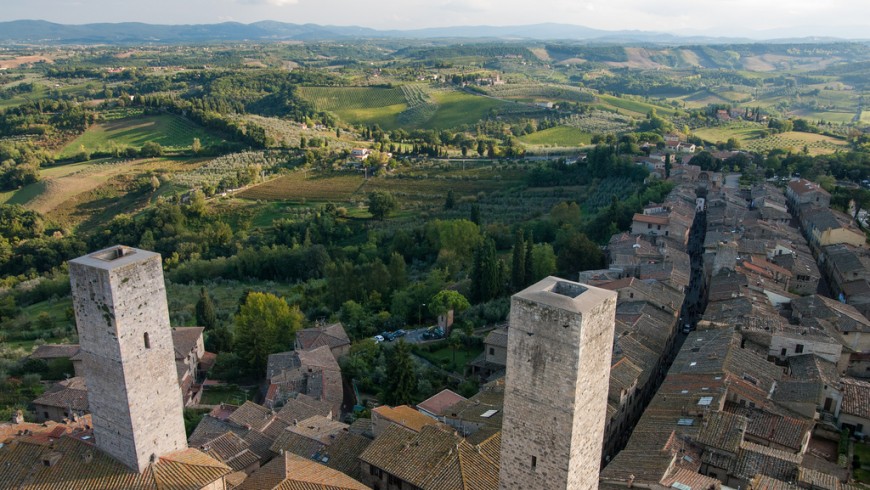 San Gimignano is one of several towns of the Tuscan hills is worth a visit. To make the town, set in a beautiful green setting, more special are the 13 medieval towers that dominate the landscape. They said that in 1300 the towers surrounding the town were even 72! From the towers you can not help but bring out your camera to immortalize the landscape.

A weekend in the Sienese hills has it all: art, culture, landscapes that take your breath away, culinary delights, nature, secret places.

Walk in the woods reduces depression

Escaping from the city: Top20 farm holidays in Italy