Valentine’s day: jump on a flight with your sweetheart and reach a faraway island in the middle of the ocean.
Difficult? Too expensive? Don’t have enough time?
Check out our list of charming islands in Italy and plan your Valentine’s getaway: 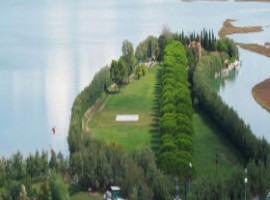 A corner of the small island of Torcello, Venice photography by Trinchetto via Flickr 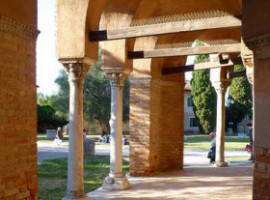 Detail of the columns of the Church of Santa Fosca in Torcello, Venice photography by Damiam Entwiste via Flickr 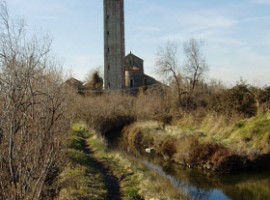 The most neglected of the three islands of the lagoon of Venice, the little isle of Torcello is actually the most charming one, though scarcely populated (the latest report of December 2014 counted 17 inhabitants on a territory measuring 0.44 km2).
The few locals who live there are extremely jealous of their privacy, fiercely but discretely protecting their magic “buen retiro”, wisely discouraging any noisy business activities. The only noise allowed is the chirping of the local birds flying in the azure sky and the muffled sound of boats sliding along the island’s small channels and waterways.
Walking along the tracks that cross green fields and woods is the perfect activity for Valentine’s Day: let your heart be driven by your feet and indulge in the admiration of the lagoon’s colour and movement.
Highlight of the trip: pay a visit to the isle cathedral which stands at the very centre of Torcello and dates back to the Byzantinum period. Be spellbound by the sun filtering through the large window panes and the gold colours that the Byzantins loved to generously use in their buildings.
Where to stay? ECO BB Venice 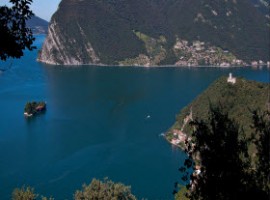 The green blue lake waters surrounding Monteisola, the perfect place for a romantic escape photography by R. Grisa via Flickr 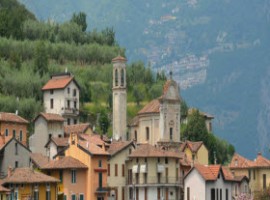 Monteisola, a detail of the embarcadero by Josym via Flickr 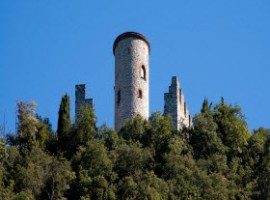 The Rocca tower at the top of Monteisola, photography by R. Grisa via Flickr

W. Goethe would have quoted his famous line, “Do you know the place where the lemon flowers bloom …and cars are not allowed?” had he visited the Lake of Iseo today, rather than the Lake of Garda in the 18th century.
Monteisola, Italy’s largest lake island, has banned the circulation of motor vehicles since the very first car appeared in the area. The locals get around by bicycle, small motorbikes or on foot, or they wait for the public shuttle that goes around the island. In Monteisola life passes quietly and smoothly and speed is not really something the locals care for.
The name ‘Monteisola’ comes from the island’s natural environment: a mountain in the middle of a lake.
A perfect Valentine’s Day: hire a bike at the embarcadero of Peschiera Maraglio, the largest town on the island, and follow the coastal road. Don’t forget to stop off at one of the many rocky beaches to dip your toes in the blue-green lake water and try the local fish, “spaghetti al coregone”, for lunch.
Feeling braver? Climb the steep road leading to the sanctuary at the top of the mountain peak. The view of the island and Lake Iseo is simply breathtaking from the top.
Where to stay? B&B Apartment Lake Iseo 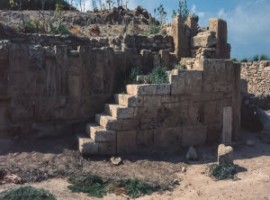 The phoenix ruins at Mothia photography by Jacqueline Poggi via Flickr 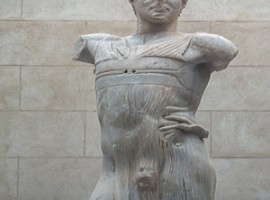 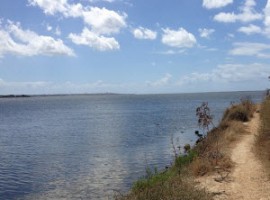 The isle of Mothia is one of Sicily’s best kept secrets.
This tiny piece of land lies a few kilometres off the coast of Marsala, on the South-East coast of Sicily.
Until a few years ago, you could walk from the coast to Mothia when the tide was low.
This is sadly no longer possible, and you need to get on one of the many ferries that connect the mainland to the port on Mothia.
This little isle was the centre of the most important commercial waterways in the south Mediterranean Sea, and so archaeological excavations in the area have always been rewarded with success. The most famous archaeological recovery was the “Mothia charioteer”, unearthed in 1979. The almost-perfectly preserved statue of the young boy is a highlight of the visit to the island, but make sure it’ll be there when you go; the “Mothia charioteer” may be not particularly famous in Italy, but it’s a treasure elsewhere.
The UK housed it during the 2012 Olympic Games in London and from there the statue flew over the Atlantic Ocean and toured the USA for over two years.
It came back in June 2014, but you’d better check before planning a visit to the island museum.
For true lovers a visit to Mothia is worth the sea crossing: the isle is perfectly peaceful and February’s Sicilian sun of will warm you, filling your heart with happiness.
Where to stay?Agriturismo Fattoria Spezia 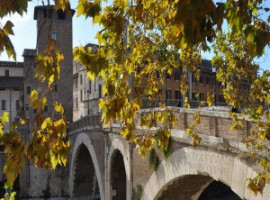 The bridge to Isola Tiberina photography by duluoz cats via Flickr 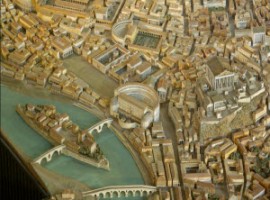 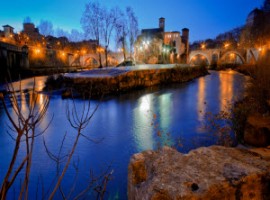 Isola Tiberina, said to be the smallest inhabited island in the world, the island is in the centre of busy Rome Italy, photographt by Michele via Flickr

According to some, this is the smallest inhabited island, lying in the middle of the Tiber river right in the heart of Rome.
Legend has it that the first locals built a temple dedicated to Aesculapius, the Greek god of health, when two of the god’ snakes fled from the holy boat on the river and found their home on the island.
A hospital and a church were then built on the site where the temple was said to be.
Valentine’s wish: if you visit the island just stop and admire the lazy waters of the sacred Tiber river flow around the Isola Tiberina and make a wish for your sweetheart’s good health: the sacred snakes are still thought to protect the island and the Romans.
Where to stay?Eco bed&breakfast Marela 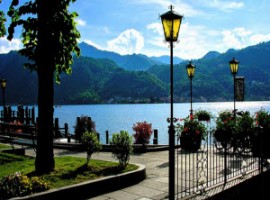 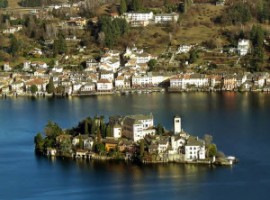 The island of San Giulio photography by Andrea Schiavon via Flickr

This small island a few kilometres off the coast of the Orta San Giulio village in Piedmont is one of the most romantic places to spend Valentine’s Day.
Once again, its origin is steeped in legend: the snakes living on the island prevented humans and animals from settling there. Saint Giulio reached the island using his large coat as a boat and he sent the snakes away. He lived there until his dying day and founded his one hundredth church there.
Nothing remains of this legendary church though, and the island view is dominated nowadays by the impressive white building of a religious school built in the 18th century.
Highlight of the visit: get lost in the small village lanes and don’t miss the chance to admire the medieval frescoes still visible on the walls of the houses.
Where to stay? Villa Crespi