Venice is not only overtourism and mass tourism. There is another Venice made of small isles and small villages which are less visited and more authentic, which are really worth it!

The centre of Venice is formed by 118 small isles, connected to each other by bridges. Venice is a huge pedestrian island, thanks to the fact that it is impossible to drive your car once you cross the famous Liberty Bridge, which connects the historical centre to the hinterland.

In the lagoon there are several isles and villages that are part of the city. Let’s find out together about these amazing places, which are less known, but not still invaded by mass tourism that is threating the Venice Lagoon and scares its inhabitants.

Island of Burano, the pearl of the Venetian lagoon 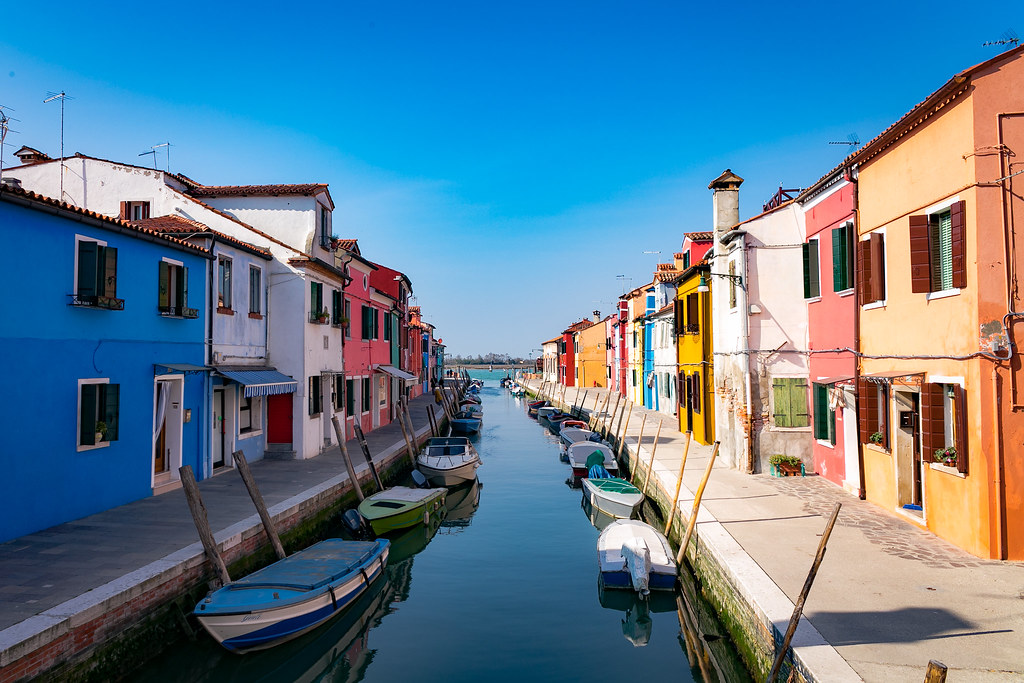 Burano, known throughout the World for its bright colours that characterize the houses and for the legends which are related to its maritime history.

The main feature of Burano is represented by the bright colours of the houses that decorate the entire island. The explication to this is given by the fact that the mariners who used to leave for a long time could easily find their houses just looking at the shores of the island, recognizing the colour of their home, despite the meteorological situation.

Actually, painting the houses with these bright colours is a recent practice which is related to the fact that the houses are high and tight and so that it is easier to delimitate the borders.

We suggest visit the Lace Museum in which you will find several masterpieces which are the symbol of Burano. Another place that you should visit is the Parish Church dedicated to Saint Martino, bishop of Tours, a Renaissance building with important paintings inside that belong to the Venetian school.

Island of Torcello, the original Venice 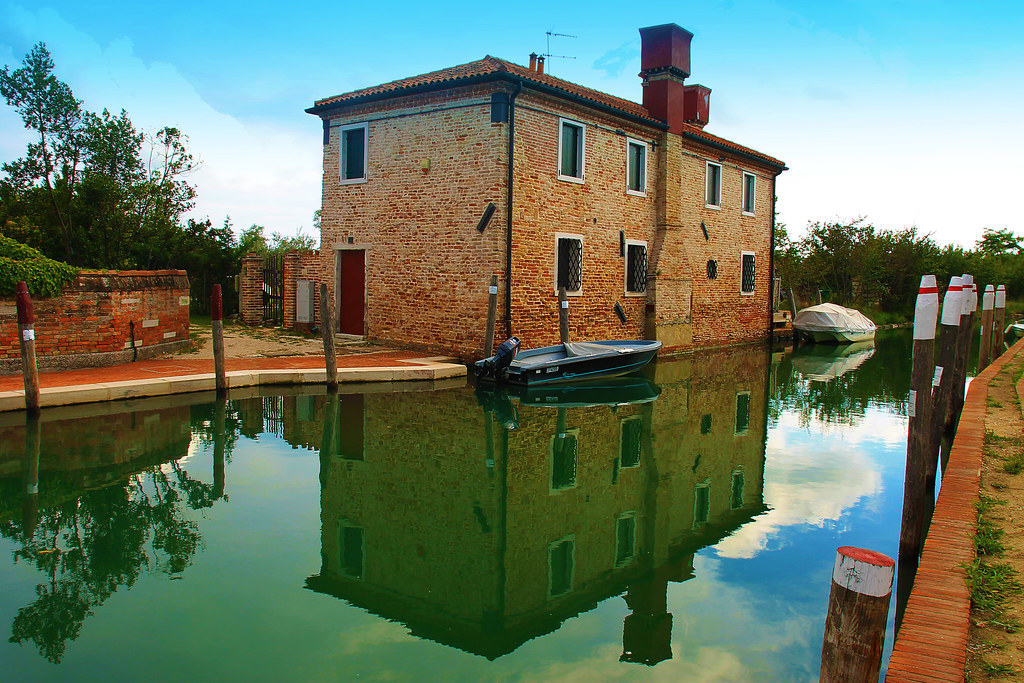 Torcello, the first inhabited island of the Lagoon and nowadays it only has ten people who live on it, although a thousand years ago the inhabitants were more than thirty thousand and among them there was the American writer Ernst Hemingway who spent a long period of his life here.

Torcello is a place that we recommend visiting if you want to step into the past of the Venetian history, in a calm atmosphere. Another important feature of this island is represented by the natural phenomena of eustatism and subsidence. The first refers to the rising sea levels and the latter to the sudden sinking or gradual downward settling of the ground’s surface.

We suggest visit the rests of St. John’s Church, a Benedictine monastery which was demolished at the beginning of the XIX century, and we also suggest cross the famous Devil’s Bridge that will lead you to the city centre through a recently restored path, and so you will avoid the crowded streets of the centre.

Island of Mazzorbo, the biggest village if the Lagoon 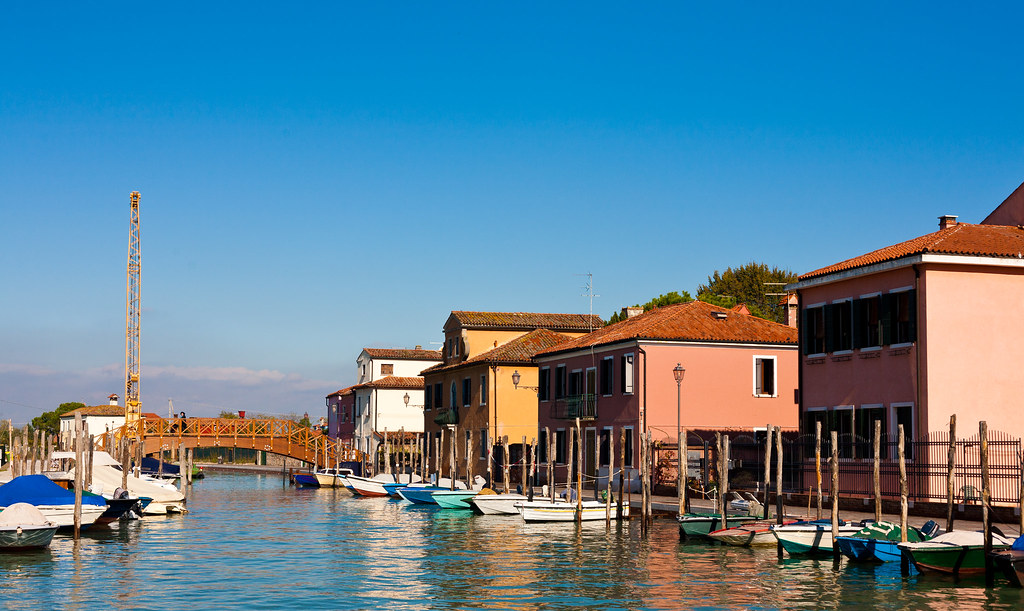 Mazzorbo is located along the canal which connects Torcello to Venice, and this is another small Venetian village that only has ten houses, and each one has its own yard and garden. The etymology provides us with an important historical data: the fact that this used to be the “Major Village” of the northern lagoon, so the most important political and economic centre right after Torcello. Here, people used to produce salt, which was the main character of the history of the Republic of Venice.

Once you reach this small island, you should visit the bell tower of Valverde and St. Catherine’s Church. This tower bell dates back to the fourteenth century (precisely 1318) and it has the oldest bell of all Europe and the lagoon.

Island of Saint Francis of the Desert, an oasis of peace and prayer 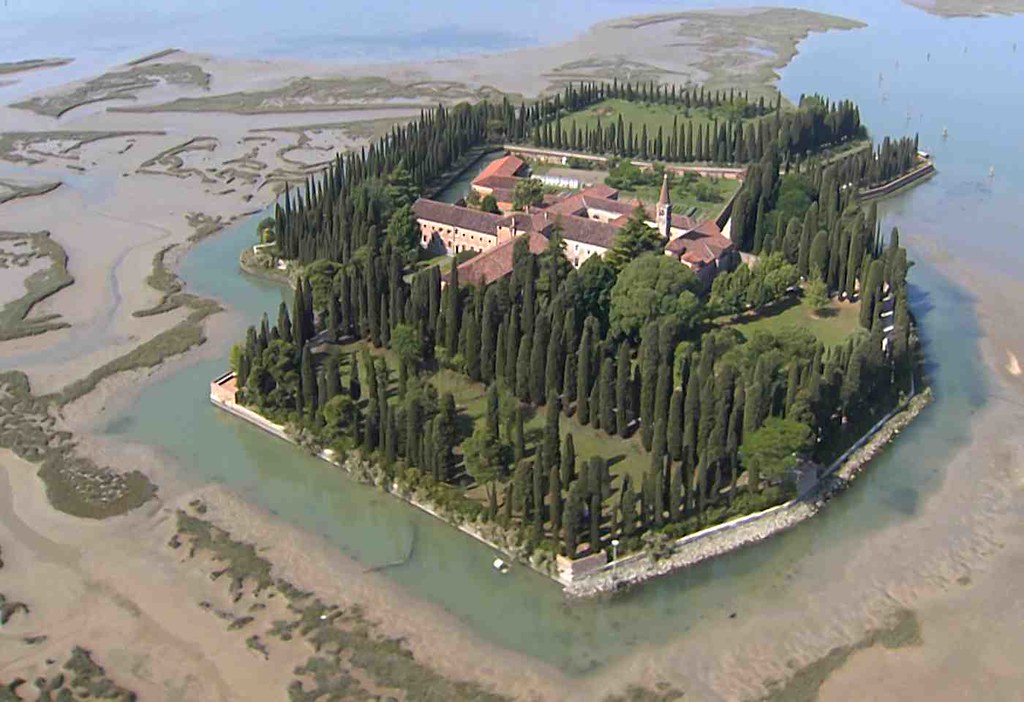 Island of Saint Francis of the Desert, via Flickr

According to tradition, this island was called “Do Vigni”, and it was the place where Saint Francis landed after a long trip on a Venetian boat which sailed off from the Holy Land, and the tradition tells that he was welcomed by the singing of thousand of birds. After the Saint’s death, it was built the first Church dedicated to Saint Francis of Assisi and then a convent was also built. After that, the Church and the convent were entirely demolished, and in 1858 it was possible to restore the apses of the oratory and the basement of the ancient church. Nowadays it is an oasis of prayer for a lot of Franciscan brothers.

The island of Saint Francis is easily reachable on a boat from Burano and it is open all week from 9 to 11 and from 15 to 17, except Monday. Inside it you join a guided tour managed by Franciscan brother that will help you understand the history of this place. You will also have the chance to visit the yard of the convent and appreciate some art works and paintings.

Island of Saint Francis of the Desert, pic by Godromil, via wikimedia

Cloister, pic by Godromil, via wikimedia

Do you know any other places in Venice which impressed you? Let us know in the comments down below!

Everything comes between a coffee and a cappuccino, a morning like any other, while Claudio chats with customers of his small bar in the province of Venice. Daniel enters the bar and offers her crazy idea to his friend: arrive by bicycle to Copenhagen to promote the everyday use of the bicycle and to stop climate […]

10 funny facts about Venice you did not know!

VenTo: from Turin to Venice, a ride down river Po

The world is changing faster and faster each day. Indeed, the old saying: “Move it or lose it” has never been so appropriate as it is right now in this moment. This is how new challenges take place, alongside with innovative projects, which put together extended districts, attracting new financings and subscriptions. It is in […]