Are you ready for a blast from the past, among wild valleys, historic villages and natural ponds? We are taking you to Valchiusella, in Piedmont (North Italy). The natural landscape that you will find has remained unchanged over the years, thanks to the fact that the territory has always been avoiding the development of any industry. Nature is the only force that rules in this area, along with the streams and an Alpine fauna that is one of the most diverse in Italy.

People live in charming villages caved into the mountains, where pastures and agriculture seem to belong to the past.
Valchiusella is a wide valley north from Torino, which takes its name from the torrent that crosses it. We are talking about a territory that can look back on an eventful story: the first inhabitants date back to prehistoric times, right after the last Ice Age. The valley -which is located at an altitude between 500 and 700 meters- is divided into 10 municipalities. Once we have crossed the whole valley and its point of interest, we arrive in the municipality of Traversella, where we can also find Fondo. We are going to start our slow itinerary from this village.

The Town of Fondo and the Ribondone Falls

Fondo can be considered as the typical postcard from Valchiusella, it is the municipality that closes the valley and the perfect starting point for many itineraries. The small town of Fondo is connected to the road by a Romanesque stone bridge that can be crossed only on foot. The whole morphology of the town is very characteristic: mainly stone rooftop houses, typical of Piedmont and the Aosta Valley. In the village, there is a restaurant opened all year round that serves typical and delicious Piedmont dishes. 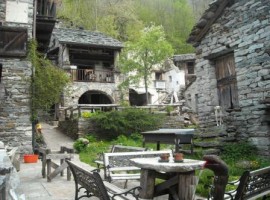 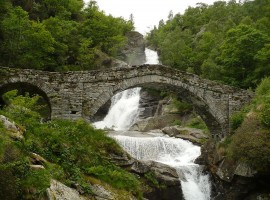 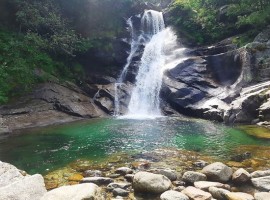 Picture via valchiusella.org                       Picture via WikiMedia Commons           Cascatella di Fondo
Just under the bridge there is a small waterfall, but you only have to walk some more meters up to discover the splendid Waterfall of Fondo. We can reach it by crossing another stone bridge (in the cover picture). Beside the waterfall there is a natural pond with clear water (one of the most beautiful natural pools in Piedmont).

A short excursion to the mountain village of Tallorno

From the waterfall of Fondo we continue on our way to another hike towards Tallorno. If we keep walking on the gravel road that led us to Fondo and we take the 1.5 km long climbing path that crosses wide beech forests, we get to this village. The place is fabulous, the natural architecture is surrounded by pastures in full harmony with the landscape. From here it is possible to get back to Fondo either walking the path that follows the other side of the valley or continuing the hike towards the overhanging peaks.

Alpine pastures of Valchiusella, picture by Irene Vigna, via Flickr

Along this route, in fact, you will find a large number of sings for several paths: you can reach the Alpine pastures (where this legend of an old hermit takes place). After a long walk, you will finally get to Bocchetta delle Oche (2415m), from where you can enjoy a majestic view of the entire valley.

Other excursions and jewels of Vachiusella, near Fondo

Another itinerary that cannot be missed is the one that will take you to Piani di Cappia, walking through a path called Sentiero delle Anime. This route was discovered in the 70’s and it has lots of holy sites. Along the path, you will find petroglyphs that are thought to be done by a pagan population and then approved by the Christians. It is a 2h30’ long path of medium difficulty. The route begins in Traversella (a few km before Fondo) and you will find further information in this link. 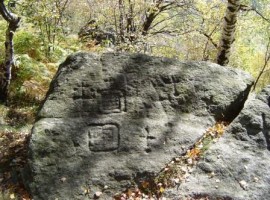 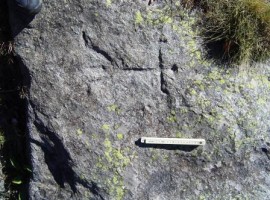 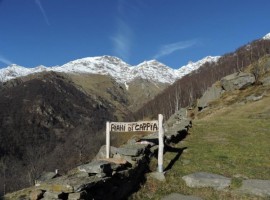 On the other hand, if the Ribondone Falls liked you the most you should go and give a look at Guje Garavot: they are a series of gorges where the Valchiusella torrent slows down and creates some ponds in which the inhabitants use to go to get some fresh and enjoy diving. These gorges are located in Alice Superiore, at the beginning of the Valchiusella and they can be reached by walking a short path from the street. 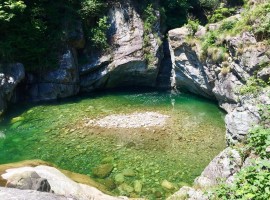 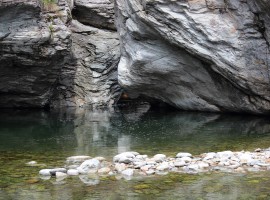 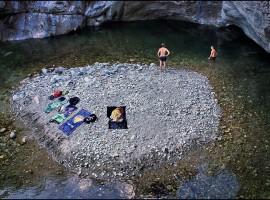 In Valchiusella you will also find the Templi dell’Umanità di Damanhur! Some people consider them as the eighth wonder of the World, but I will not reveal any spoiler as you should really read the article! 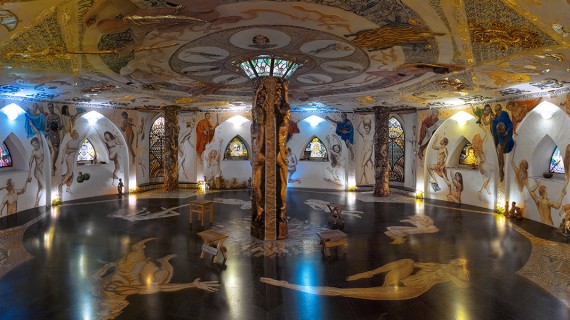 Damanhur: discovering the Temples, the Eighth Wonder of the World

Many people have defined them as the eighth wonder of the world. In Valchiusella, Piedmont, discover the Temples of Humanity, an underground construction, pride of the Community of Damanhur. In a village of 500 people, 50 km from Turin, hidden in the heart of a mountain, lies what many have called the eighth wonder of […] 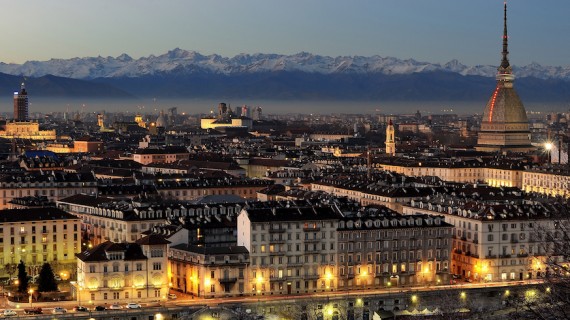 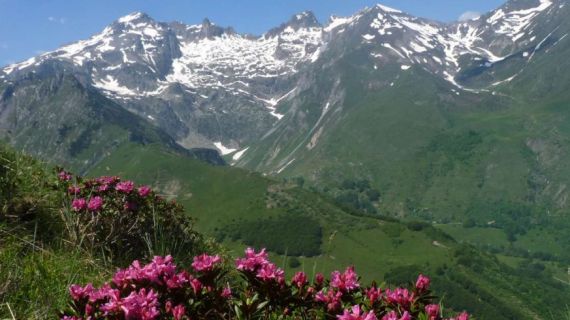 Limone Piemonte, an Alpine pearl for a slow tour. By foot, on e-bike, on mountain bike…(strictly car free!) Throughout breathtaking landscapes and old routes leading to the sea. Pearl of Maritime Alps, Limone Piemonte is a gracious and cosy mountain village. Situated at 1000 m above sea level, in the province of Cuneo, overlooking the peaks of […] 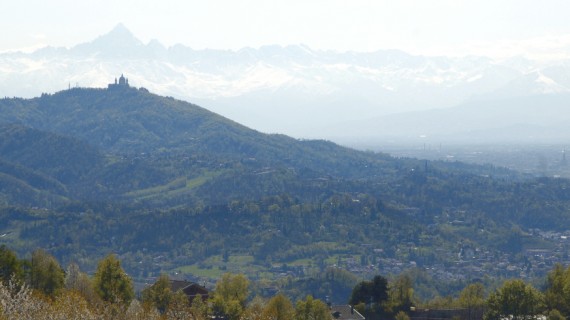 Unusual Turin: Cycling along the “Roads of Colors and Flavors”

We ride on the bicycle, discovering Turin and its beautiful hills in a slow and ecological way. Walking along the streets of colors and flavors, we encounter nature, art and good food. Here is an unusual cycle tour of Turin through its hills between Superga and Chierese. I find myself exploring less-known destinations in the […]