Sand and ocean. Nothing more, how far the look can go. This is Ilha Deserta, in the district of Faro, Portugal. A simple experience of total connection with the most humble nature. And without going to the other side of the world. The beauty of travels is that they can surprise you when and how you’d never expect. You’ve thought of them and at the end they make you re-think about yourself.

I’ll tell you about a journey-in-a-journey. Visiting Portugal, I’ve decided to spend one night in Faro, a coastal city in the south of Algarve. I haven’t planned anything to do, and maybe this is what made it so meaningful. While walking from the station to my accommodation, by the port area I bought a ticket for Ilha Deserta (desert island). I had read that it is part of the Ria Formosa Natural Park (protected area, vaguely similar to venetian lagoon). It’s also the most southern point of Portugal. At the scheduled time, I go to the dock and take the boat.

Ilha Deserta has the shape of an arrow pointing south. Ph via Wikimedia Commons

Silence and untouched Nature, the magic of Ilha Deserta

The journey starts just when the ferry engine turns on. Or at least, it was for me. Maybe it was why winter makes the perception of winter different, magical almost. Accomplice the fact that we are ten on that boat.

The noise of the ferry crossing the water of the lagoon lasts around 40 minutes. Together with the scent of the dried salt. And together with the wind, that now caresses, now slaps – but not too much. The warm sun of an early February afternoon is a pleasant mate.

On the boat, crossing the Ria Formosa Park. Ph by Lucia Anastasi

The boat docks, approaching the only cement block of the place. It was amazing to realize how true what I’d read was: there’s nothing on the Island. It is really Desert. There’s simply a wooden facility that hosts a restaurant and a cafè, empty during the winter, as expected. It is powered by solar energy. Other energetic alternatives would have been out of context.

The discovery begins: a 7 km beach, sand dunes and desert flora, or the ocean, up to the horizon. Still, it is enough. We don’t understand how much we need to revalue the essential, until we experience it. And just the contact with a nature so different from that we know can help us getting there.

The desert you don’t expect

The beach of Ilha Deserta is fully covered by shells, that bright with the sunlight reflection, like the water surface. Here and there you can also find some sea stars, dragged by the night tide. Being the island the first strip of land coming from south, there’s a lighthouse. And a couple of fishermen at its feet.

The lighthouse. Ph by Lucia Anastasi

Mostly during summer, many visitors arrive on the island. So it’s been provided with a 2 km wooden boardwalk, which crosses the hinterland dunes. At its start, some old small houses, similar to bathing-huts,  host a lonely keeper and his dog. None of the few who were on my ferry did the walk at the same time I did. Then, the desert around me was total. Just the sound of the wind, again, and dozens of different twitters. Indeed, Ilha Deserta is also one of the favourite destinations for birdwatching aficionados.

The boardwalk leads to Cape of St. Mary, the most southern point in Portugal. As symbol of this peculiarity, it is marked by a wooden post, with some axes pointing to different other countries. Many of those that arrive there leave a sign: a bracelet, a pin, a flag… Unfortunately I couldn’t get there, due to the boat schedule (and having spent too much time staring at the ocean). Not too bad, one reason more to go back there!

How to reach Ilha Deserta

In the small port area of Faro there are several touristic agencies that provides transportation to Ilha Deserta. It’s possible to choose between ferry, fast boat or even private boat. Moreover, there are also organized tours to explore the whole Ria Formosa Park, going to the other small islands of the area.

Once you get the ticket, the guides will lead you to the boarding zone, a little bit further. In winter there are surely less departures, while from April to September the frequency is higher. The service I’ve used provided seven departures (and journeys back) per day in February. So don’t miss the chance of this experience even if you’re still wearing a coat and not a swimsuit.

What amazed me more of Ilha Deserta is how truthful to its name it is. We often think that some things are very distant from us, but they’re actually much closer. Like the desert, in this case. And this surprises me every time. Have you ever been on the island? Have you had the same feeling about it? Or have you experienced such wonder in other places? Tell us in the comment below! And if you want to plan a trip to Portugal, give a glance to our Ecobnb in the southern Algarve, few km far from Faro.

Digital detox: away from Internet, close to you 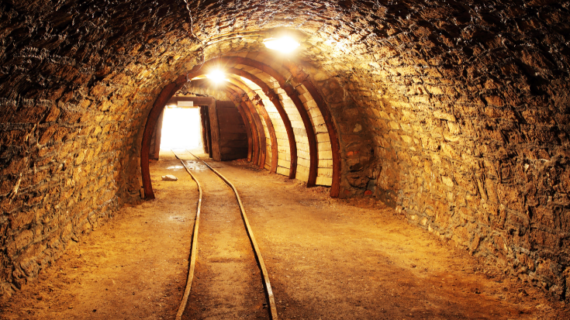 The heart of the earth. A journey into the subterranean world of Italy

The underground, the heart of the earth of our country is really very rich of wonders that were formed in ancient times and that, however, have been preserved until today. These underground tours are also suitable trips for families with children because they are really instructive. They also allow us to know an alternative and […] Holiday in Rome in Nature not far from the Capital

Rome, the eternal city, enchants and seduces with its charm anyone who enters its doors. Tourists, travellers and artists come from all over the world to appreciate the beauty of this timeless place. Its historical, cultural, architectural and religious heritage has contributed to the fact that tourism was and still is very prosperous. So what […]

Feeling the wet grass, the water of a stream, or the sand grains under your feet; feeling the warmth of the stones, paying attention to every step. This is barefoot hiking, an activity that allows you to connect profoundly and authentically with nature, but also to discover the surrounding territories from new perspectives. Walking barefoot […] 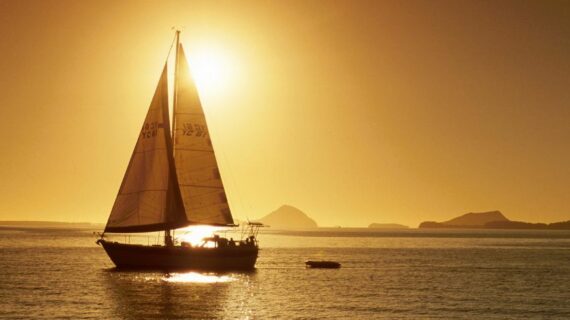 From the Po Delta to the Aeolian Islands: these are the best green destinations for a sailing holiday in Italy! Sea, wind in your hair, the silence interrupted only by the sound of waves and seagulls. These are indelible sensations that remain in your heart after a sailing holiday. An eco-sustainable and memorable voyage that […]