Between Veneto and Trentino lies the Lessinia park, a surprising destination where the mountain and its valleys meet dense woods, a thousand-year history, a vast network of trails to be covered on foot or by mountain-bike, fossils dating back to 50 millions of years ago and popular traditions to discover.

At about fifty kilometers from Verona, up to the peaks of Trentino: Lessinia is a vast area with an almost invaluable naturalistic and environmental value, without forgetting its importance for the historical testimonies that tell us the life of the Neanderthal Man and of the firsts Homo Sapiens.

Among small mountain villages and ancient communities, here nature is still untouched, always able to leave you breathless. The best way to discover the territory is to start walking, exploring its paths, climbing its heights, following the footsteps of its animals, tasting its flavors. But there are some unmissable stages, which I am ready to reveal to you! 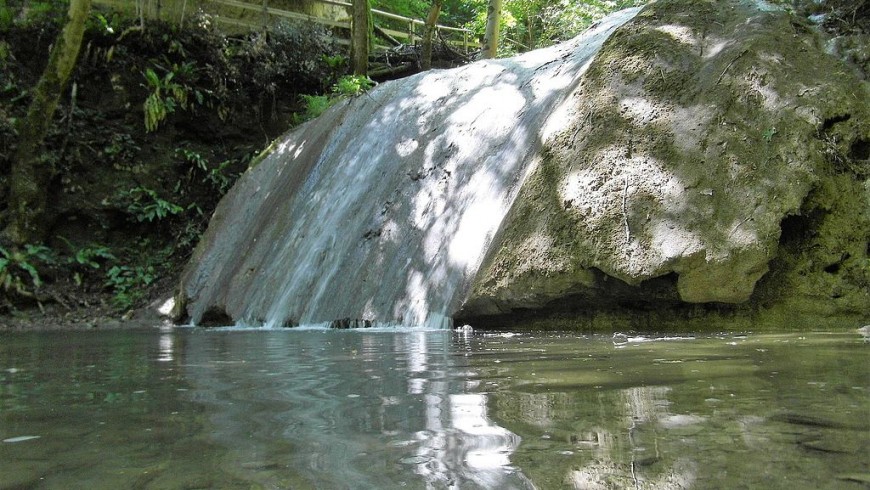 From the typical medieval village of Molina, in the West Lessinia, you will have access to the Molina Waterfalls Park. 3 different paths will lead you to the discovery of a luxuriant nature where the green of the trees and the silence meet the color and the roar of the water, in the many waterfalls that wind through the park. Do not miss the swing at the foot of one of the waterfalls and the telegraph that crosses the stream. 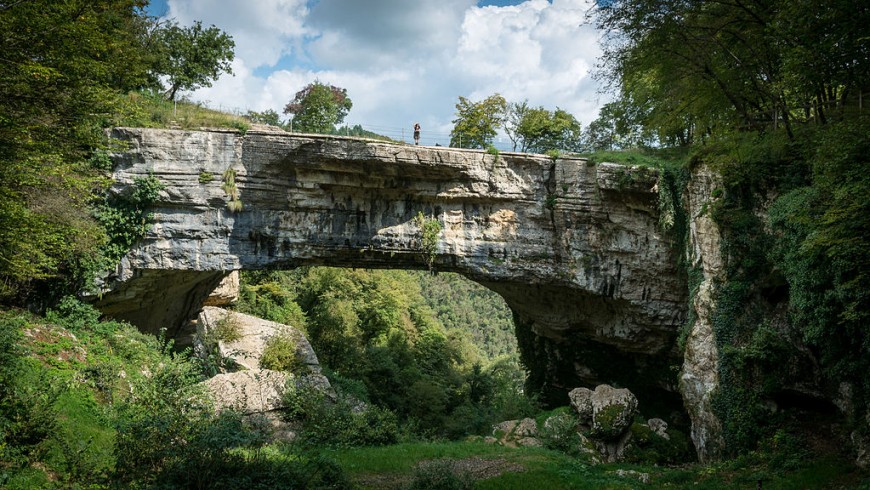 If I say bridge you’ll think of a construction of man, whether modern or dating back to Roman times. However, the Veja bridge is more special. It is in fact a natural bridge, the largest in Europe; the result of the collapse of the vault of a large karstic cave. The show is unique and really impressive.

On the trail of the wolf 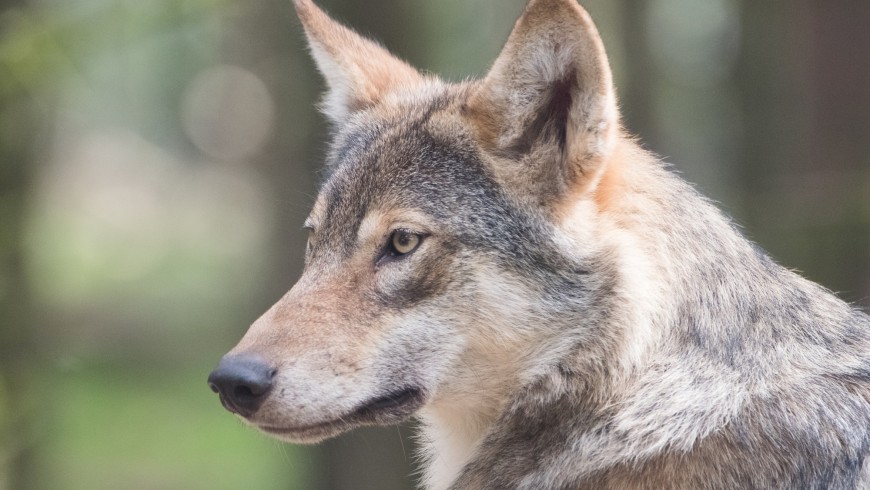 In 2012, the wolf returned to Lessinia. In our article we told you about our exciting walk in the High Lessinia, through the centuries-old woods and breathtaking landscapes, along the wolf’s usual route where it is easy to find traces of its presence. 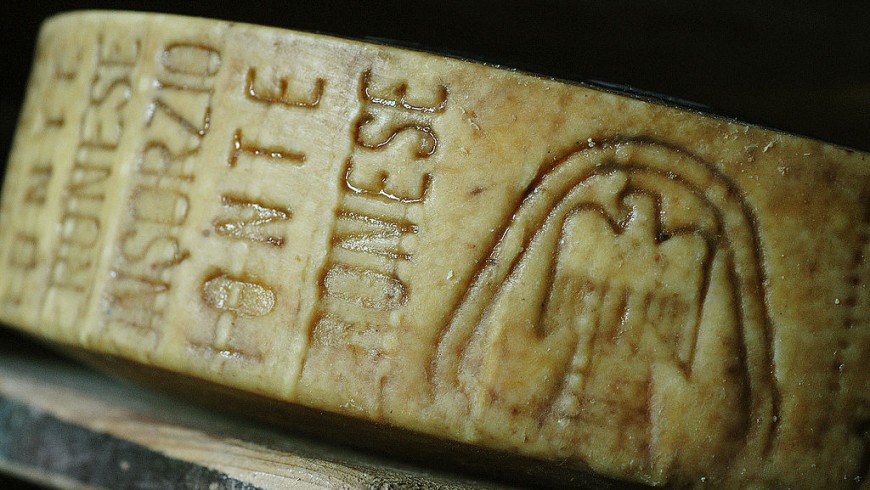 Lessinia also stands out for its food and wine richness, strongly linked to the land, its products and farms. In the restaurants, in the typical farms you can taste excellent cheeses, mushrooms, bigoli pasta, polenta, the gnocchi, excellent meat dishes; all accompanied by the fine wines of the nearby Valpolicella.

A day on foot between history and nature 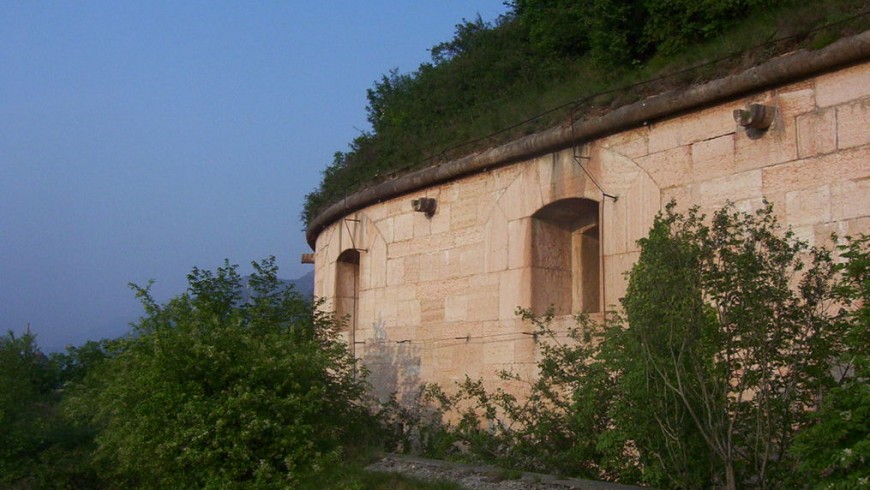 Among the many paths in the Lessinia Park, there is a long and demanding itinerary that goes up the southern slope of Mount Pastello from Adige Valley up to its summit and then descends from the northern slope. Thanks to beautiful natural panoramic balconies, the 21-kilometer trail offers expansive and surprising panoramas ranging from the Adige Valley to Mount Baldo up to Lake Garda and also allows you to see two Austrian military forts. The itinerary starts and arrives in Ceraino and takes 8 hours.

Among the pristine and incredible nature of Lessinia you can find two eco-friendly accommodations. The first is in Veneto: the Nature Relais Aunus, entirely made of spruce wood and surrounded by a beautiful beech forest. The property offers four double rooms with private bathroom, a tasty breakfast and a Finnish naturist wood-fired sauna. 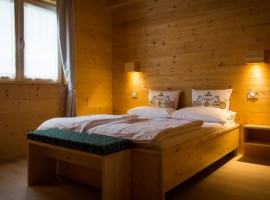 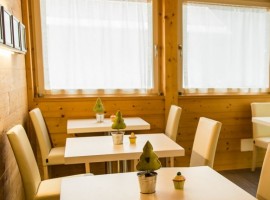 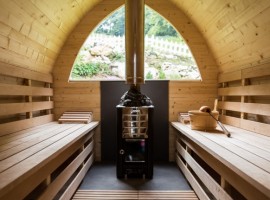 In Trentino you can find Malga Riondera, an organic farm characterized by the family welcome, the proposals of the educational farm and the local produces used in the restaurant for the preparation of tasty dishes. 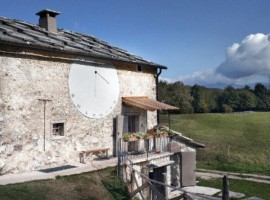 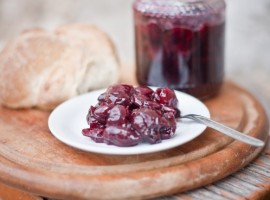 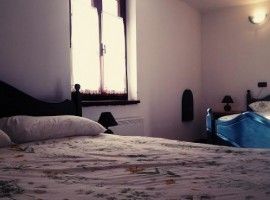 Car-free and Slow: 3 green ideas for your family holidays in Trentino, Italy