Bees are one of the most important species in our ecosystem, but also one of the most endangered. A bee’s life is threatened by various chemicals that men use in agriculture. This is why Slovenia is the ambassador of a valuable project: the World Bee Day, scheduled for May 20th 2018.

The World Bee Day not only encourages the beekeepers’ work. It aims at making people aware of a major problem that only few might be familiar with, but influences our whole habitat’s life. Let’s try to understand what meticulous job bees have and why their safety is so important. 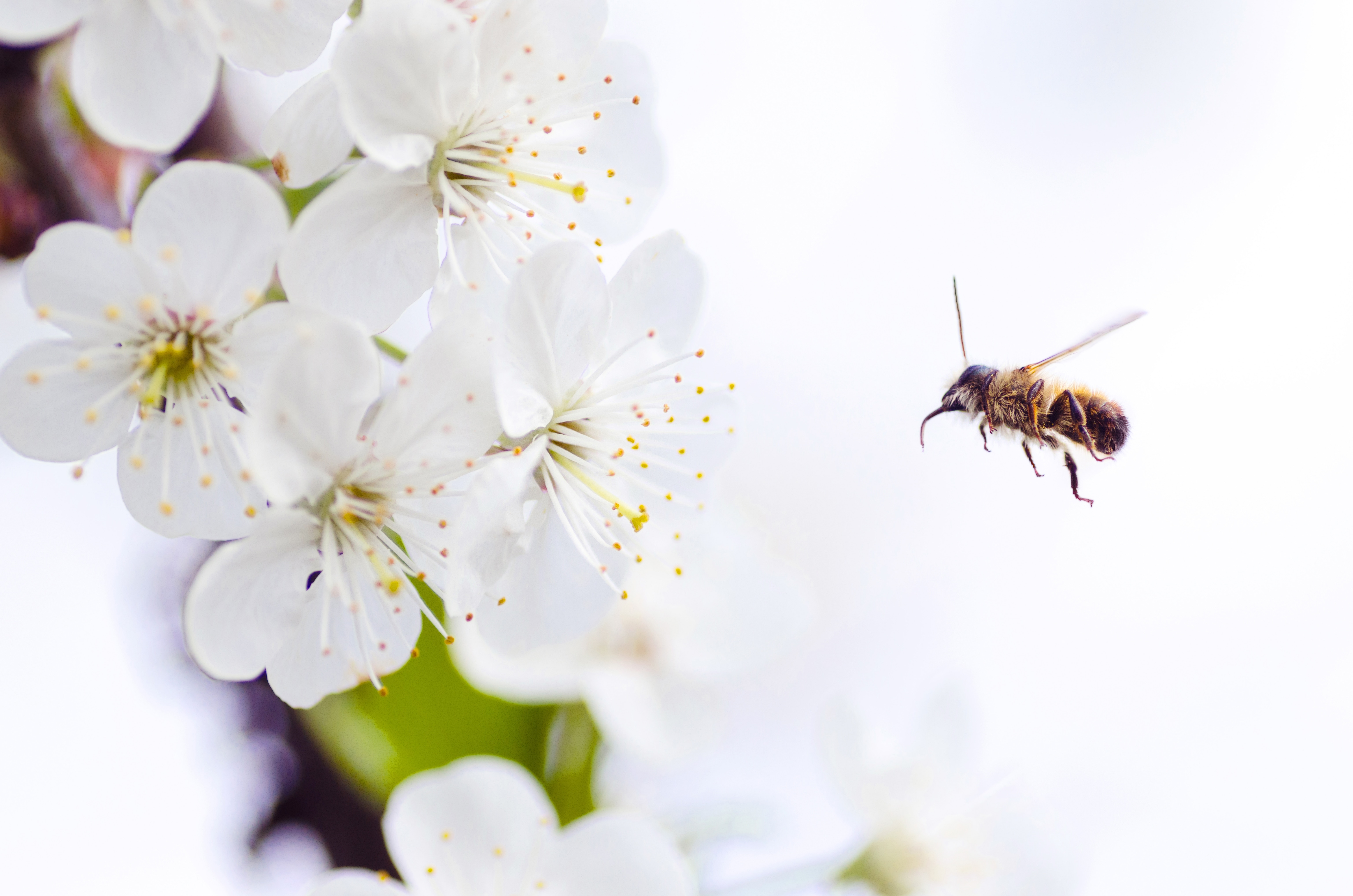 Photo by Lukas Blazek, via Unsplash

Today we know around 20’000 bee species, and probably the most commonly known is the honey-bee (Apis Mellifera). However, honey is just the tip of the iceberg of a bee’s job. In fact, they are pollinators, along with mosquitoes, bumblebees and others. As they gather pollen and nectar, they transfer them from flower to flower, allowing pollination and plant biodiversity. Nectar is then brought to the honeycomb, where worker bees turn it into honey thanks to specific enzymes, and then let water evaporate, dehydrating honey. Honey is then placed in storage cells and capped with beeswax, to best preserve it.

Buzzing from one flower to the other, they reach and pollinate more than 170.000 plant species, assuring biodiversity in our ecosystem. Bees are responsible for an essential step in the pollination process: without them, the production of fodder, fruits and vegetables would be much slower. 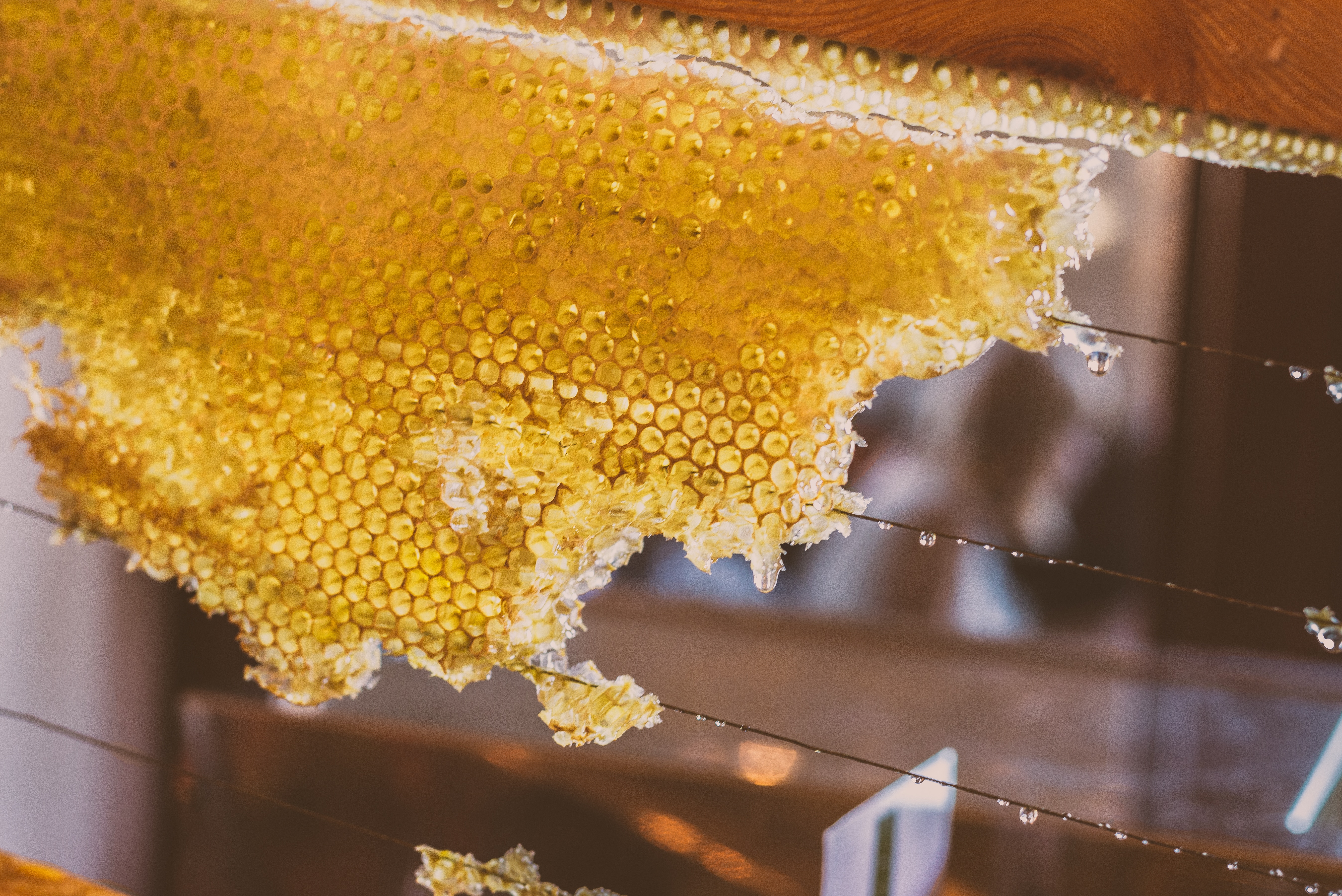 Photo by Jez Timms, via unsplash

Are bees at risk of extinction?

Unfortunately, many of the products we use when cultivating, as pesticides or acaricides, along with new parasites, compromise this species’ life, which is of major importance in our habitat. These harmful substances penetrate into the flowers’ pollen and when a bee roosts on these, they attack its nervous system and they might as well cause its death. To fight and prevent this challenging danger, the European Union has banned in 2013 three particularly dangerous pesticides, but there is still a lot we should do.

To understand how big the problem is, let’s see some numbers. According to the Food and Agriculture Organization of the United Nation (Fao), 71% of crops in the world is pollinated by insects as bees, flies, mosquitoes, bumblebees. But between 1980 and 2010, for the reasons above, bees’ and wasps’ population has decreased by 36%. And together with bees, also 35% of our food varieties would disappear. In China, the number of bees has dramatically dropped, to the extent that they disappeared in rural areas due to pollution.

Therefore, it is of major importance to understand how to protect this species. 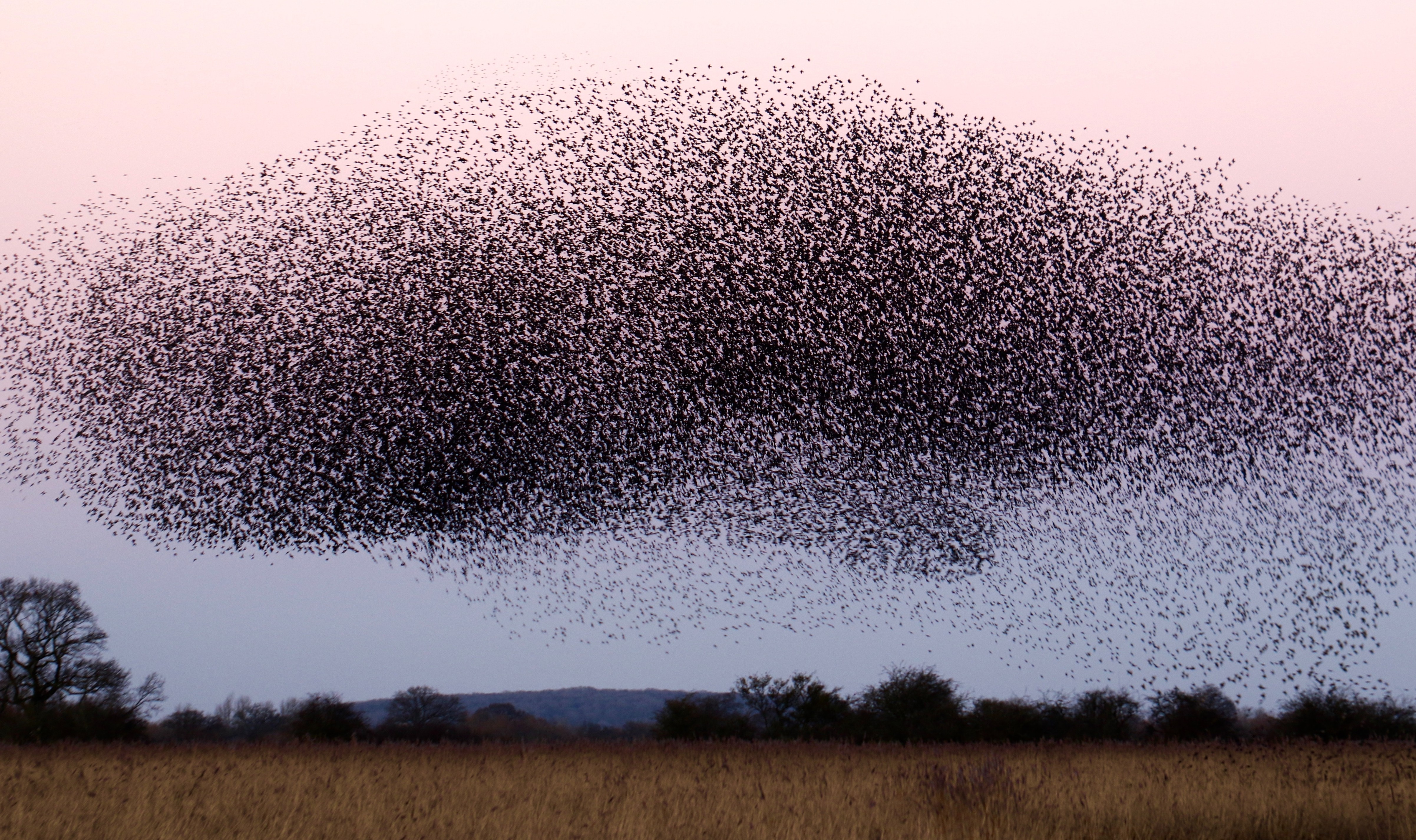 Photo by James Wainscoat, via unsplash

Thanks to the insistence of the Slovenian government, on the 20th December the UN made the World Bee Day (World Bee Day) official and scheduled it for very first time for the 20th May 2018. The project was supported by 115 Nations, with Slovenia on the front line for this species’ protection. In fact, it was the first one in 2011 to forbid pesticides putting a bee’s life at risk.

Thanks to the Slovenian Beekeepers Association (Čebelarska zveza Slovenije), people in Slovenia have always been keen on this activity: out of 10’000 people, 200 of them have a beekeeping activity. According to local tradition, wooden beehives would be painted and decorated with particular motives or drawings of the Slovenian folklore. All together, they create an incredible open-air art gallery, with bright colors and unique designs. This is not only to help beekeepers to distinguish their beehives from the others’, but also to let bees orientate better.

Of course, even those who are not beekeepers have the chance to participate to the many events for this World Bee Day: from guided tours and museums, to even beauty contests (in fact, here the title of Queen Bee is at stake!) 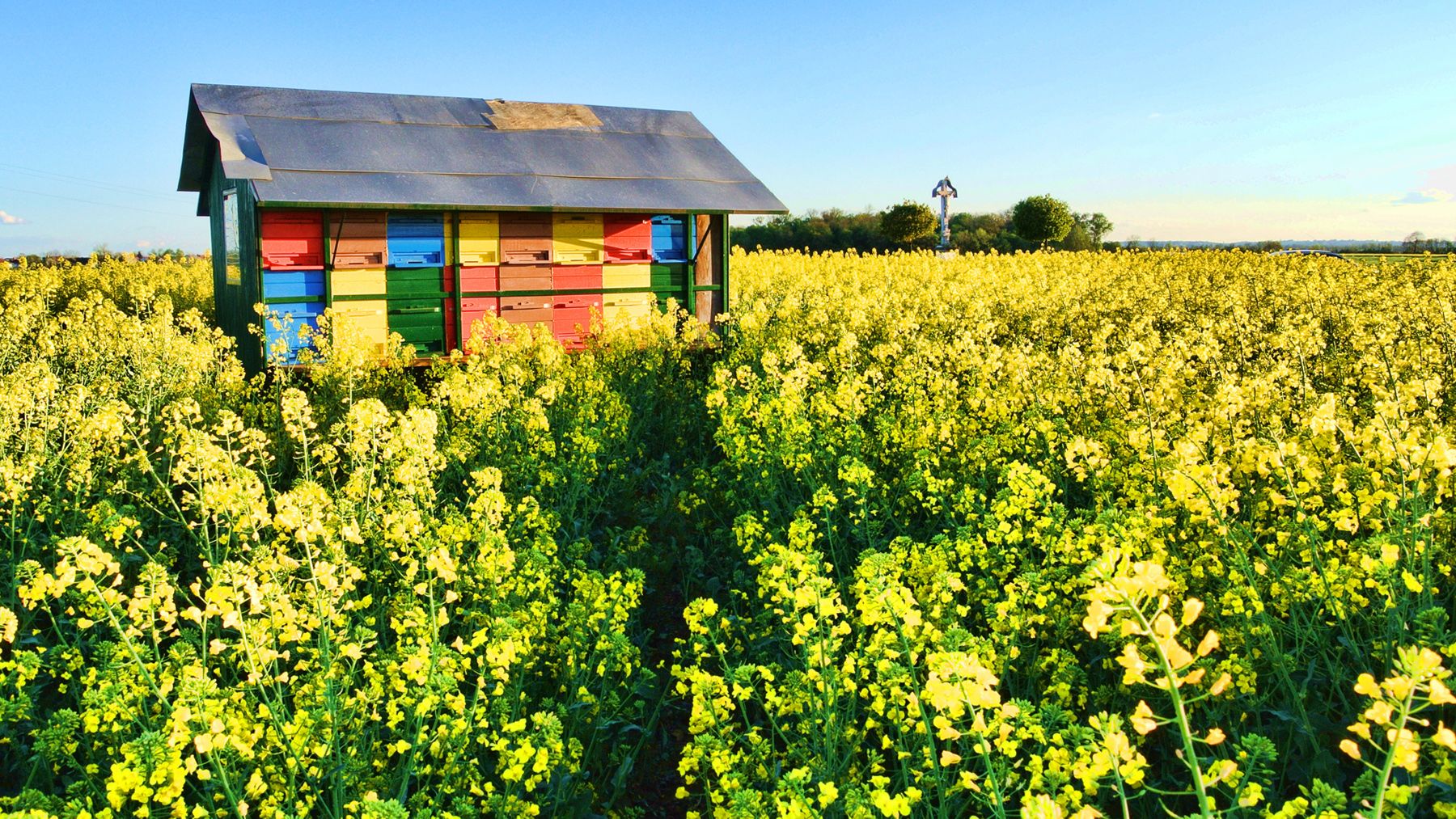 Why was exactly this day chosen?

Because May is the crucial month for pollination in the northern hemisphere, while in the southern it’s time for honey production. It so happens that one of the first pioneers of modern apiculture, Slovenian Anton Janša (1734–1773), was born during this month. Can you guess the day? Of course, on the 20th.

May 20th: all the events to discover the world of bees

The first World Bee Day is drawing near and the initiatives are many. Slovenia planned a full 2-days immersion in the world of bees (even with 2 euros coins with a honeycomb on the back). Meetings, guided tours, activities for participants of all ages, and 0 km culinary products: it’ll all be about bees and their precious honey. From Ljubljana to Bled, Slovenia is ready to welcome a great number of hosts, and Ecobnb as well!

Italy also wants to inform and make people aware of the fight for bees’ protection. Among many others, FICO (Federazione Italiana Coltivatori) planned meetings with authors, which focus on the apiculture scenario, while in Liguria, in the Parco dell’Aveto, it will be possible to pay a visit to the didactic apiary. In Novi Ligure, visits and conferences will be held in the Museo dell’Apicoltura.

Photo by Ron Whitaker, via Unsplash

Not just on May 20th, but all-year-round

To raise awareness of these projects, we can always think of on-going initiatives. First of all, there’s apitourism: for those who are looking for a sustainable journey and immersed in nature, many B&B and ‘Agriturismi’ also own beehives. They offer the chance to try honey in every possible manner: from food, to body care products. Don’t miss this rather unique occasion to create DIY lotions and oils with local products, or to enjoy a massage and to combine discovery and relax. In fact, apitherapy, which uses honey, pollen and others to help and relief arthritis, bruises and joint pains. 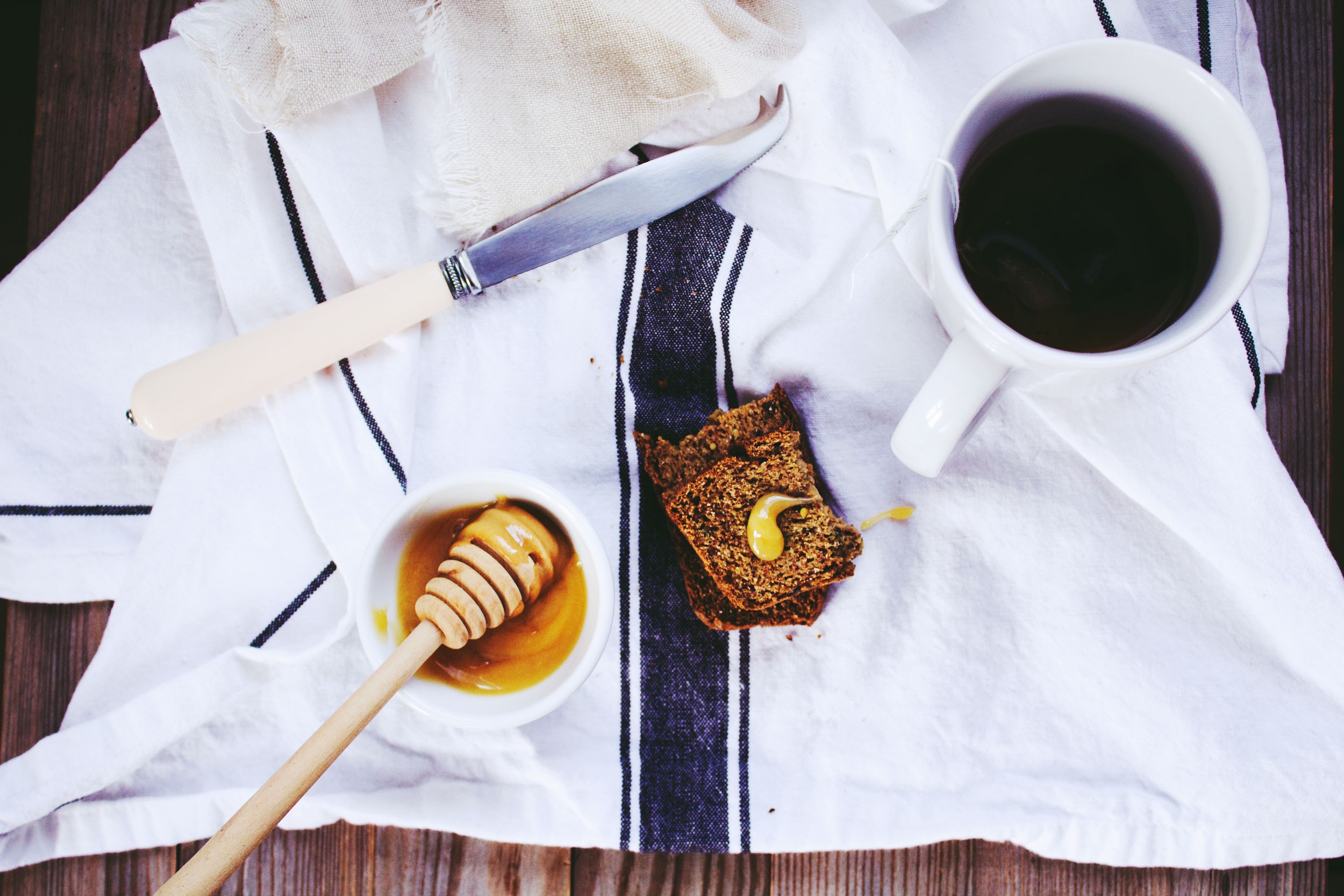 Not only in land, but also in cities. To protect bees from pollution, many cities have adopted bee-hotels to welcome and allow them to live even in the urban areas. Read all about them here!

And in Turin, the UrBees project was born, sharing the aim of similar initiatives in New York, Tokio and others. Urbees wants to combine honeycomb life with the big city life: beekeepers chose to let their passion grow even in the small spaces that cities offer, from balconies to rooftops. This is not only to produce their own honey, but also to keep an eye on the city’s ecosistem.

5 steps for everybody to help bees

Saving bees and pollinators is not just beekeepers’ job. Each of us can contribute through these 5 simple guidelines, promoted by the British Government that everyone can follow (the whole safety program can be found here):

Do not miss all the initiatives for the first World Bee Day! Look for the ones closer to you and share with us your experience, while we’ll share with you our adventure in Bled. Stay tuned!

Trip in the green and sustainable Slovenia