The beginning of a strange manifest of «a non-profit association which aims at safeguarding and promoting where possible all kinds of insects in all parts and places of the world»,1 may not seem the most sensible way to talk of pesticides.

But the world in which we are inevitably shaping, through the increased use of substances that interfere with our endocrine system, exposing serious demage to our immune, neurological and sexual systems has a lot to do with the survival of those little creatures.

In fact, if we look at it clearly, beyond the reasonable certainty of the relationship between pesticides and risks to human health, the greater extent disire to partecipate in an ecological conversion, seems to answer an ancient and uncomfortable question: “am I my brother’s keeper?”.

In other words: what we decide to do in front of the weakest, the smallest, the most annoying and helpless of our companions? Our experience of life has everything to do with the meaning we give it.

We are totally responsible for defining our lives and for giving them meaning and value.

Although at first glance, a dense aphoristic collection of an old italian philosopher, seems to be light-years in distance from daily reality, you might be amazed to discover that stand to the side of insects, as Guido Ceronetti does, gives a new light to the issue on deficiencies in the current pesticides policy and on the advantages and disadvantages of the use of massive and systematic synthetic chemicals.

This unusual perspective makes it possible to explore in depth the meaningfulness of the choices of the legislature in matters of food safety and public health. And the question that arises is this: will we never co-exist harmoniously with other living beings and the ecosystem that sustains us?

The answer is that a real sustainable solution for the future, cannot but be a systematic reduction in the use of chemicals in favour of preventive and other alternative measures. 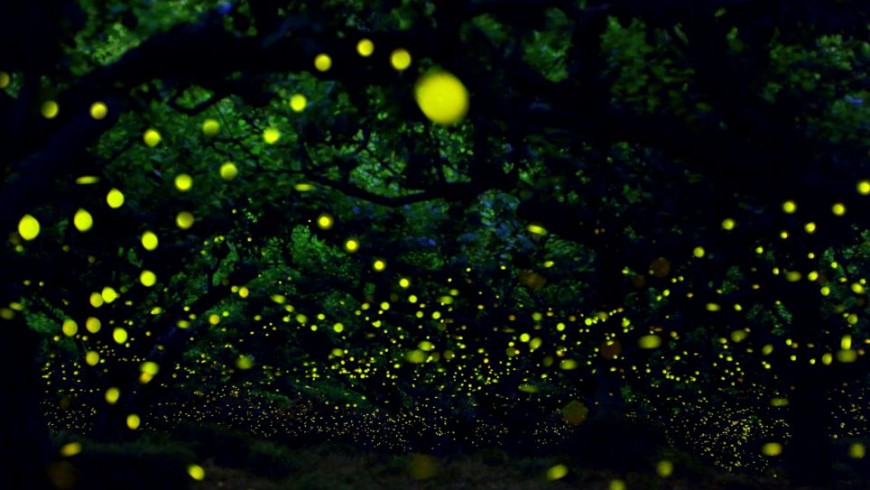 Most damage are caused by a neuroleptic hermeneutics

What has it to do the survival of insects with our ability to bend nature to our liking? Basically, wasn’t or not our ability to defend ourselves against a hostile environment, to allow us to get where we are now? We have reached that point. We achived well-being and safety. Nature is still seen too often as an enemy to fight and it is increasingly urgent an emissions of pollutants reducion.

This dualistic vision of the spirit that wins on the nature, damn nice and soothing, deliberately avoid confronting the evidence of facts. This victorious and arrogant interpretation actually facilitates the worsening of the ecological, economic and social disasters, which are nothing more that its inevitable corollaries.

In actual fact, to this hermeneutics escapes the huge pollution fruit of past and poor choices. Passes so culpubly unnoticed the pressing and threatening contamination of our habitat. The health of our planet is closely related to the health status of the species that inhabit. The excessive use of pesticides has had serious environmental consequences. Pesticides drift. Fine particles ride the wind and strike non-targeted species, including humans. All wildlife may be harmed by even trace amounts of some pesticides. Poorly timed or careless spraying of insecticides may kill insects you don’t wish to harm, like honeybees and other pollinators of your flowers.

The only sure way to protect ourselves is to encourage the use of ecological solutions. 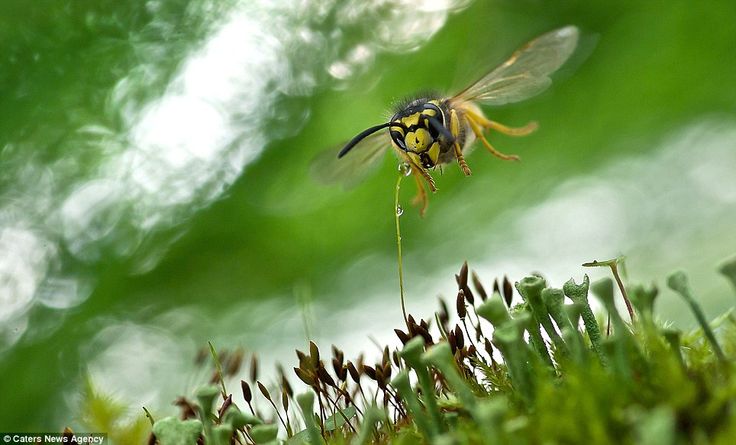 Facing the future: towards a Green economy

Our insane consumption patterns have become dangerous. Changing climate, ocean acidification, increasing of pollution-related diseases are evident consequences of a wrong and indifensible approach. The aquifers are widely contaminated and large amounts of heavy chemicals release toxic substances into the environment. Vast regions are at stake: the land will be increasingly abandoned, with drastic social developments. To be concerned by tha planet’s poisoning means show the determination to safeguard the health of young people and future generations. Most current forms of phytosanitary treatments threaten both the present and future prosperity.

Pesticides entail enormous costs to the human health, such as indocrine disruption, infertility and cancer. Children are especially at risk. Tests on animals have shown that pesticides attack the developing brain, leading to lifelong behavioral problems. A comparison study of preschool children in a farming community that used pesticides and another that did not, revealed striking differences. The children living in the pesticide community had impaired hand-eye coordination, less physical stamina, short-term memory problems and difficulty drawing. They also were more aggressive and anti-social compared to children in the other community.

We should therefore promote sustainable, wildlife-protecting development, which allows us to use the resources of our planet in a responsible way, for us and young generations. In other words, food, goods and services must be produced with an environmental benefit. Clean economy should permeates all sectors of economy and become a primary reference mark.

If green economy is the future, we will expect to see growth in existing manufacturing, construction, retail, and professional services in addition to new business development, because of a growing demand to reengineer all aspects of the life to be greener.
We must join forces to that end, promoting and encouraging eco-conscious attitudes. 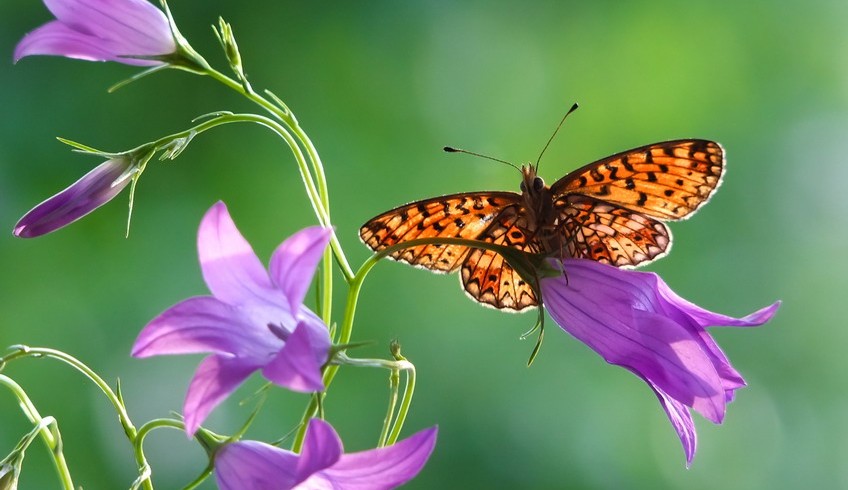 Organic is better! Potential resources through an integrated approach

Fortunately, we still have enough insects on earth. And I’m not referring here to the key role of our friends bees, which are having, moreover, a difficult time. Neither I am referring to ants or to dragonflies. I’m talking about, instead, those unseemly and numerouses swarms of local producers, activists, directors, traders and careful consumers… In conclusion of all those individuals, associations or businesses that together, consciously or not, fight a daily battle to protect the environment.

Insects without borders, exactly as I was telling, that will never stop to sting the order of things, bound by certainty that another world is possible. A fair, healthy and good world.

If you don’t understand what I mean, try to spend a few hours of your life watching The end of the line, of Rupert Murray. A very sour documentary about the consequences of overfishing. Or Food Inc., of Robert Kenner, to discover this time what you really eat through the department stores of the major distribution channels.

I’m sure you will agree with us that is beyond dispute the reason who promote and incourage the release of chemical compounds and a strict limitation of intensive fishering and agriculture techniques. The only development possible is that who try to confront a purely anthropocentric perspective with the ontology of complex systems. The human species is part of a broader and more complicated reality and this awarness, if grown seriously and continuously, can only give rise to a deep ecology. In turn able to give voice to the most authentic and wise human being.
Do the right thing: say no to pesticides and support farms and accomodations that banished them from thier products. Choose to safeguard public health and the environment. Encourage with your choices those who undertake it firsthand for a healtier world. Preserve, protect and improve the quality of your life. Claim your share in nature and do your part for a better world. Decide to sting the quest for profit at any cost pursued by shamelessly transnational corporations. As Gudio Ceronetti said on Insects without borders, freedom to sting should be guaranteed by statute «to all insects featuring defensive-offensive sting essential to their survival».

We share the same planet and the same fate. Solidarity is the virtue of the future. 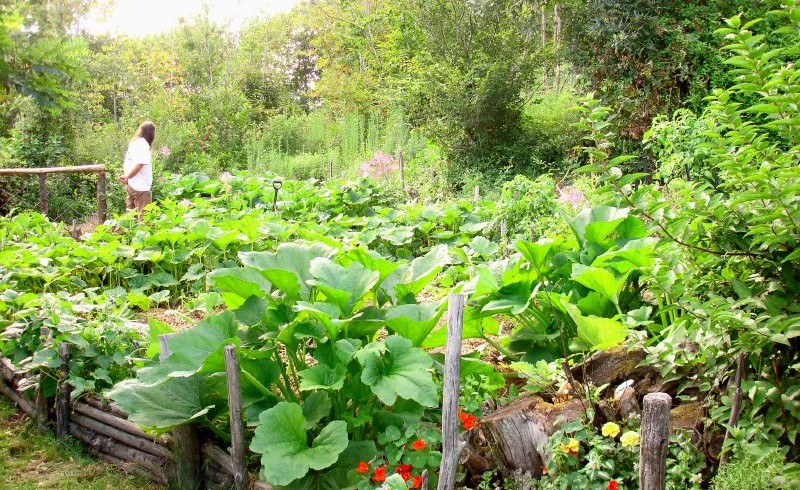 The Value of rural life in the Campolibero italian decree

How nature can change our life