Our actual plastic age lifestyle is unsustainable. Therefore, scientists all around the world are looking not only for plastic alternatives, but also for ways, how to solve the actual problem of plastic waste. On a landfill site in Pakistan, scientists discovered, that fungus called Aspergillus tubingensis can feeds on plastic.

A group of researchers from Chinese Academy of Sciences found out, that common soil fungus Aspergillus Tubingensis can be used to break down plastic polymers. They took a sample from landfill site in Pakistan and examined it in a lab. Based on Environmental Pollution journal, scientists found that the mycelium of the fungus colonizes polyester polyurethane plastic, causing surface degradation and scarring.

Aspergillus Tubingensis is typically found in soil but instead of dead organic matter like most microorganisms feed on, it can also feed on the surface of plastic. Waste plastic, which would persist in the environment for ages, can be break down by this fungus only in few weeks. It provides hope of solving the global problem of excessive waste production.

It is not as easy as it looks like

The leading scientist, Sehroon Khan, said: “We wanted to identify solutions which already existed in nature, but finding microorganisms which can do the job isn’t easy.”

There are several factors affecting fungus´s capacity to break down plastic. The most important ones are temperature, pH balance of surrounding and type of culture medium in place. Scientists now have to figure out the conditions, which would be the best to implement this fungus into practical solutions.

According to World Economic Forum, Aspergillus tubingensis can solve also problem of microplastic in our drinking water by being put to work in a waste treatment plant, or in soil contaminated with the material. 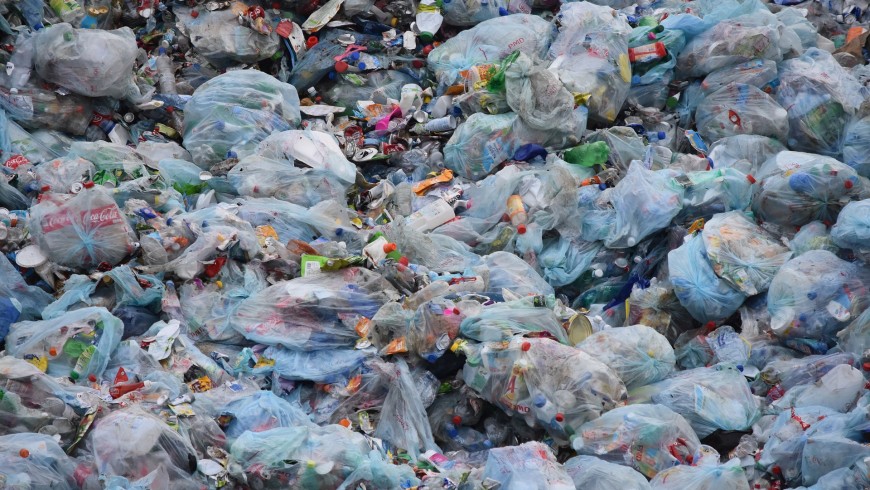 Photo by Ben_Kerckx via Pixabay

Not only plastic-eating fungus

It is not the first time, when scientists found organisms, which can help us to break down the plastic.

Earlier this year, they found caterpillar, which feed on beeswax, can also feed on plastic, as the molecular structure of these two is similar.

Mealworms which can convert half of given plastic into carbon dioxide and then excreted the rest in the form of biodegradable droppings can also help with plastic waste.

Finally, there was bacterium, which can degrade and assimilate poly (ethylene terephthalate) – PET.

It is interesting fact, that the nature adapts to human carelessness. We changed the environment excessively and Mother Earth reacts with organisms solving our mindlessness. Unfortunately, we, humans, still didn´t learn to imitate ecological decomposition of plastics.

Plastic all around… and inside us as well: Recent study by Orb Media