If you’ve been in Iceland you’ll know the Turf houses, one of the first examples of green building in the history of man.
The Vikings were the firsts to build these special houses, to survive in often extreme climatic conditions. The basic idea is to use a turf as thermal insulation, to survive even in the colder months.
The Turf Houses are buildings that dates back to the ninth century, built of wood and stone and then covered with a thick blanket of turf, which can withstand up to 70 years. 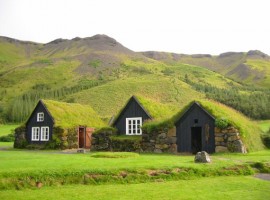 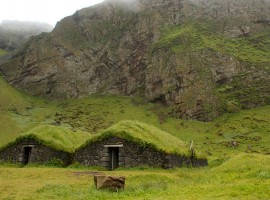 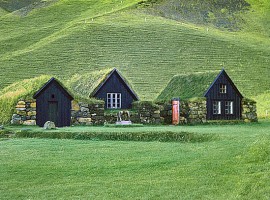 Where came the Vikings, came also the Turf houses. And even now in Norway, Ireland, Scotland, Greenland and the Faroe Islands it is quite common to see houses, although abandoned, covered by grass, which becomes part of the roof and, sometimes, of the walls.

Although Turf Houses are part of the tradition of different Nordic countries, the Icelandic case remains unique. In the island, in fact, the houses covered in green were built not only for the poor as in other cases, but the turf covered every type of building and the houses of people from different social classes. This is why the state of Iceland has requested reimbursement of their Turf Houses as exceptional and unique example of vernacular architecture and as a World Heritage Site. No doubt it is a cultural beauty of the world and a testimony of an important tradition of a vanished civilization.

The Turf Houses also represent a wonderful example of how nature is often the solution and how energy saving is possible in many different ways.
Wouldn’t it be nice if the gray buildings of our cities were replaced by green houses? 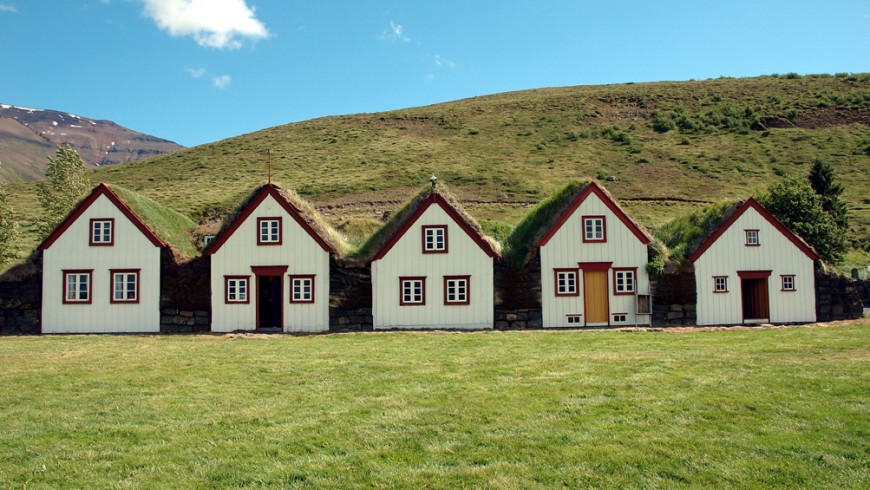