When we think of Sweden, we think of a small country in the far North of Europe.
Well, that’s not entirely right: after Russia, Ukraine, France and Spain, Sweden is actually the fifth largest country in Europe in terms of area, measuring around 550,000 km2.
9,000,000 people live in Sweden and 2,500,000 in the Swedish capital, Stockholm.
Stockholm is made up of 14 islands and is experiencing a demographic boom, growing at a rate of around 40,000 inhabitants per year.
So green areas are vital in creating a balanced environment, maintaining the high quality of life that many Swedish people are used to.
Stockholm houses some of the best rated Swedish parks where to walk, run, canoeing, go on kayak or simply sit and relax. 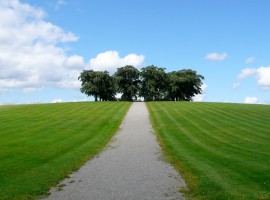 Skogskyrkogården: Nordic walking in the cemetery

The Skogskyrkogården is one of the city’s cemetery and one of the largest parks in Stockholm.
It was also appointed Unesco World Heritage site status in 1994.
It is the second Unesco site that dates back to the twentieth century, open and beautiful all year long.
If you go there in late spring time, you’ll enjoy the view of the delicate green slopes and the many plants in bloom.
Swedish citizens go to the garden to pay their respects to their dearest ones but the park is a favourite destination for Nordic walking, jogging, relaxing or chatting with a friend sitting on the fresh grass.
The quickest way to get there is the green line of the subway towards Farsta Strand.
Once you’re there, just follow the signs and you’ll be at the park gates in less than 5 minutes.
Entrance is free.
Guided tours are available and need to be reserved in advance. Foreign language tours are also available. 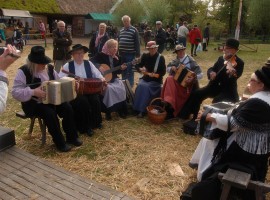 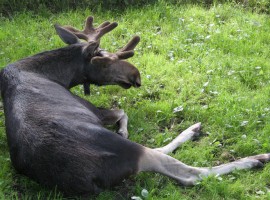 An elk in te zoo premises of Skansen in Djurgården photography by O. Bruchez via Flickr 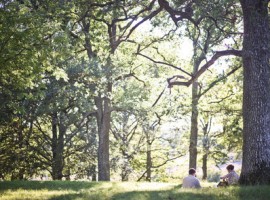 Djungsgården: home of Pippi Longstocking and the Abba

The park of Djunsgården covers the whole of Djunsgården island, which is one of the 14 islands that make up Stockholm, and was once the home of the Royal Family Palace.
It’s extremely easy to reach the park: you can get on a boat from Slussen pier at the end of Gamla Stan or you can get the n. 7 bus from Normalmstorg and get off at the Nordiska museet/Vasamuseet/Junibacken bus stop.
The island houses some of the most popular museum attractions of the city:

Skansen museum: The largest open air museum in the world, it features rural village life between the 16 th and early 20th century.
Around 150 buildings were moved from the city to Skansen to recreate the feeling of what life was really like in the past.
Domestic and wild animals live freely in the on site zoo, so you can easily bump into elks, wolves and brown bears together with more familiar ones like pigs and cows.
Your kids will totally adore it.
The admittance is about SEK 100-150 and it is free if you carry your Stockholm card with you.
The Stockholm card gives you free access to the park

Junibacke: the house of the fairy world created by Astrid Lindgren, the mother of Pippi.
This attraction is open all day and closing time varies between 5 and 6 pm during the summer season.
Exhibitions and performances change almost every day but kids can also have fun with the playground attractions.
Admission is bewteen SEK 139 and 159 but free for Stockholm card holder

Abba museum: the museum created to celebrate Sweden’s most popular music group gives you the chance to take to the stage: you can jump up and sing one of your favourite Abba songs such as “Mamma Mia”, “Money money money” or “Chiquitita”. It‘s up to you and how courageous you feel.
The museum closing time varies between 6 and 8 pm and reservation in advance is suggested to avoid long queues, although you might enjoy the experience of waiting in line, chatting with other Abba fans about your heroes.
SEK 165 and free if you have the Stockholm card. 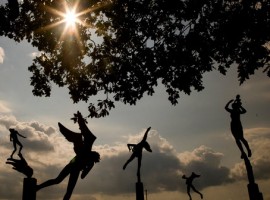 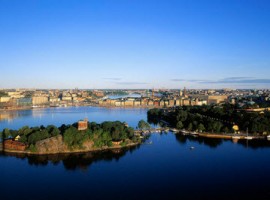 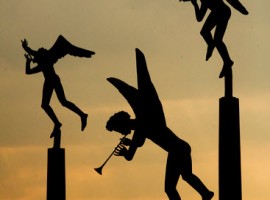 Carl and Olga Millers bought the small island of Lidingö, located in the north of the Stockholm archipelago, at the beginning of the twentieth century and lived there until 1931. A few years later they donated the island, their home, lab and the art garden to the city of Stockholm.
The property opened a few years later.
The art garden houses many statues which look like they’re levitating.
Rumour has it that Milles took his artistic inspiration from the statues he saw during his Italian tours to Pompei and Ercolano.
You can lose yourself in the long rose path or stop on one of the soft grass-covered plots, close your eyes and let the summer sun warm you to the core.
Entrance is approx SEK 150 per person but admission is free if you have the Stockholm card.
You can easily reach the island by underground: step off at Ropsten and then get on bus number 201, 202, 204, 205 or 206 to Torsviks torg and follow road signs to Millesgarden. 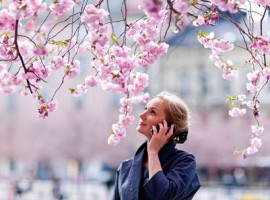 Kungsträdgården in the time of cherry blossom photography by Henrik Trygg mediacenter. visitstockholm

Kungsträdgården, the artistic subway photography by Astril via Flickr 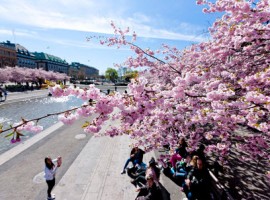 Taking pictures at Kungsträdgården in the time of cherry blossom photography by Henrik Trygg mediacenter. visitstockholm

A small oasis in the city centre and a great place to stop for a quick snack.
Don’t miss the chance to go in spring time when the cherry trees are in blossom.
We love it as the Swedish citizens fought to save this small park.
During the 60’s and 50’s Stockholm underwent a series of major works and the city centre was completely changed: most of the old buildings were demolished to make way for more modern, functional ones and for more subway stations.
The park was in the demolition plans, but some Swedish citizens took action and saved the park before the bulldozers came in.
This achievement is celebrated in the Kungsträdgården subway station.
The artist who designed the station aimed to show what will be left of our lives in the future.
You can find the remains of our history (a reproduction of Roman and Greek ruins), remains of our present (not art but oil barrels and some other rubbish) and the copy of a tree trunk with some deep cuts in it.
That’s exactly the copy of one of the trees of the park lying on the subway station surface which was saved by the stubborn resistance of Stockholm’s citizens.
It’s probably the only positive aspect of our present day life according to the artist.

The national city park sprawls over more than 10 km from Sörentorp and Ulriksdal in the north to Djurgården and the Fjäderholm islands in the south, covering an area of 27 km2.
As it mainly consists of the late royal family’s land, the park’s green areas are almost untouched and well maintained.
The area is also home to some of Stockholm’s most important museums such as Prince Eugen’s Castle, Rosendal Palace and park, and Karl XIV Johan’s Summer Palace and park.
The Kungliga park was one of the first to be appointed a city park. In order to qualify, a park needs to satisfy 2 requirements:

Today Kungliga park is the most visited park by the locals.
Cycling is an excellent way of seeing the park along its 36 km bike trail.

Sea? Mountains? Let’s get ready for a green holiday in Stockholm.

Hut Luca Vuerich: if you reach it, stay for free!