The Italian region of Abruzzo is not as trendy a destination as Tuscany and Chiantishire or the Amalfi Coast with its jetsetters.
Found in the central part of the peninusula, Abruzzo seldom makes it into the news.
The last we heard of it was back in 2009, when an earthquake destroyed the historical centre of L’Aquila and its surroundings.
Yet the savvy visitors know that this region offers a combination of exciting experiences and it casts an enticing spell, making you want to go back for more.

Important figures have fallen prey to its charms since the Middle Ages; the rough and steep rocky mountains of the La Majella mountain became home to many hermits seeking protection from the world’s troubles.
The most well-known hermit was probably Pietro Angelenio, also known as Pietro da Morrone, as he spent a long time in a cave on the mountain of the same name.
Pietro founded the Celestin Order and was even appointed Pope at the end of the 13th Century.
In fact, he became famous as the first Pope to resign after just five months in office.
The Italian poet Dante placed him in the “Slothful circle”- a group of cowards- because of his refusal to carry out his duties and his name came up again recently when Pope Benedict XVI resigned.
Pietro was not the only one to choose La Majella as his refuge though: Pope Vittore III and the medieval politician Cola Da Rienzo were both frequent visitors to these mountains and spent many months in the local hermitages.
Most of these spiritual places have since been abandoned but a few have resisted the passage of time.
Those which did have become a haven for spiritual tourism whose fans are willing to travel far and wide to catch a glimpse of the past. 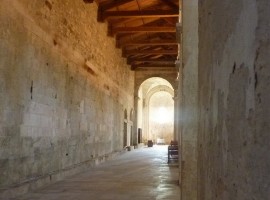 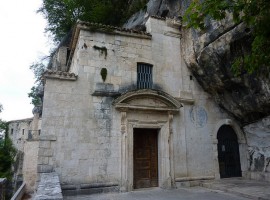 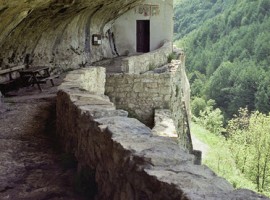 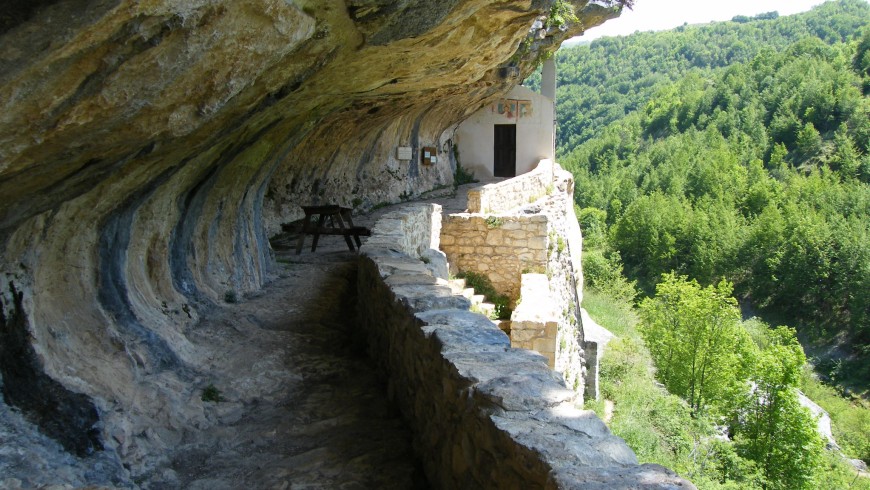 Hermit San Giovanni All’Orfento: 1227m high above sea level, the hermit can only be reached by crawling on the ground for about 3 metres and then going through a very tiny opening in the rock.
Pietro lived here for 7 years with some of his disciples.
According to legend, only legitimate children can go in.

Hermit Santo Spirito: In the 13th century Pietro came to this old hermit and worked hard to restore it. It dates back to the 10th century and is almost entirely carved into the rock. It’s open for visits. 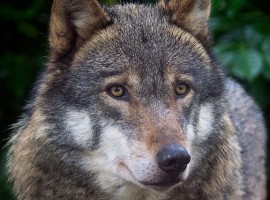 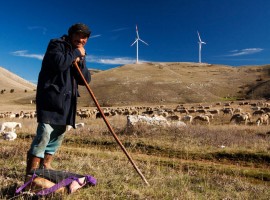 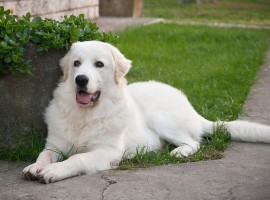 The reign of the wolf

Far from disappearing from the area, the wolf is the king of La Majella, and even appears on the current logo of the national park.
Fought and hunted down by the local people in the past, the wolf’s fate has slightly improved over the last decade thanks to efforts of the park people to reduce the risk of a “war against the wolf”.
So how did the park people help these two historical enemies, man and wolf, to become friends,?
It’s thanks to these new actions:

These actions have helped to increase respect of and awareness about the wolves and attempts to hunt or poison the natural inhabitants of La Majella woods have dramatically decreased.
So much so that one of the tourist highlights of the park is to follow the wolves’ tracks. 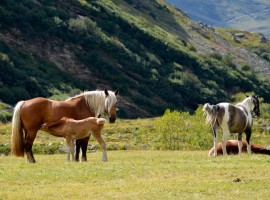 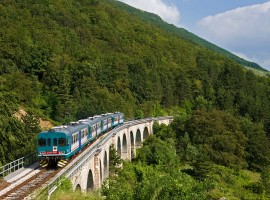 The old railway through National Park La Majella via Flickr 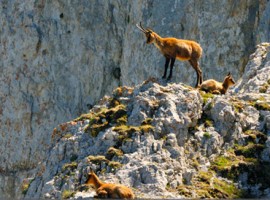 Some of the old iron roads running through the valleys and peaks of La Majella, in particular the tracks along Sulmona – Carpinona, have found new life (this old iron roads offers one of the top scenic rail journey in Italy)
The old railway buildings have been converted into cafes, information points and even stables to allow tourists to visit this area of natural beauty on horseback.

Following the wolves by horse

Why not visit the hidden gems of the park on a horse?
Go to Sant’Eufemia (Pescara), where itineraries start and choose your route. You can go in search of the wolves, follow the old bandits’ roads or even rent a carriage and go up to the small villages in the mountains. 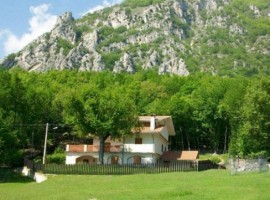 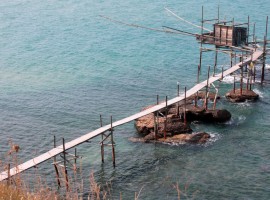 Trabocchi, the fishing huts photography by Antonio Castagna via Flickr 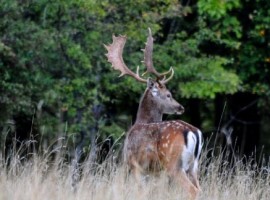 A deer, a frequent host at Boscio dei Daini photography via Ecobnb.it

Your visit to the National Park of La Majella won’t be complete without a stay at “Il bosco dei daini” cottage.
The house stands at the centre of a vast property with sprawling woods and fields where deer are often seen.
The locals started calling the property “the deer wood” many decades ago and the owners decided to keep the same name for their house.
If you are looking to do some trekking, the cottage is at the foot of the National Park and many routes start from these surrounding areas.
If you wish to reach the sandy beaches of the Adriatic Sea, no problem: you’re just 30 km away from the “Costa dei Trabucchi”, the coastal area known for the unique fishermen huts with huge nets waving in the sea breeze. These nets were once gently dropped into the water at night to catch fish .
There are just a few trabocchi diehards left today and it’s seen as more of a hobby than a way of making a living. Yet these old nets that from afar resemble giant spiders can still be found along the coast and are a one of its defining features

Canoeing on the clearest River of Europe

2 thoughts on “National Park La Majella: a refugee for hermits, wolf and deer”