Dreaming of your Prince Charming or your fairy princess on Valentine’s Day? We’ve found five magical castles where you might just find your sweetheart.

The Castle of Carnaiola was built as a fortress to protect the “Muro Grosso”, a dyke, at the beginning of the 11th century A.D. A few years later, Paris de Philipensibus turned it into a residential palace . His name can be seen on the inscriptions on the door frames but very little is known about him, besides the fact that he lived here.
The Castle was then sold to other noble families who modified it, such as Count Oratio Marscianus who commissioned important renovations. The work were so large-scale and costly that Count Oratio’s family was forced to sell the property a few years later.
And the tradition goes on: the castle is now on sale right once again.
Our tip: want to really charm your sweetheart? Take them to a pre-sale viewing of your next love nest on Valentine’s Day…dreams are free, aren’t they?
Where to sleep? Eremito 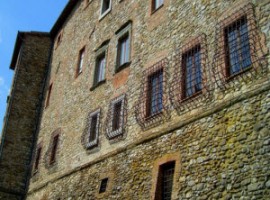 A detail of the Castello di Carnaiola, Fabro photography via Rete Comuni Italia. The castle is said to be on sale but further investigation lead to no official confirmation 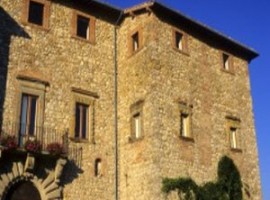 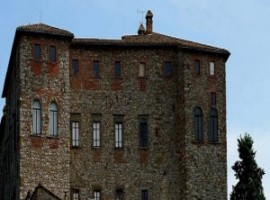 A special visit on your Valentine’s Day?Castello di Carnaiola, Fabro photography via wikimedia

Castle of Acquafredda: the prison of the Count Ugolino who ate his own sons…or not?

Some of you may remember those lines from “The Divine Comedy” by the Italian poet Dante:
“His jaws uplifting form their fell repast,
That sinner wiped them on the hairs o’ the head,
Which he behind had mangled, then began:”
The Castle of Acquafredda belonged to Count Ugolino, who’s referred to in the lines above.
The legend goes that the castle was built under the Pisa dominion over Sardinia and it passed over to Ugolino Della Gherardesca, Count of Donoratico, in 1257 when he extended his dominion over the South West of Sardinia.
Dante’s lines refer to the legend whereby Ugolino lost his power and credibility for the Pisa Republic and was therefore locked in one of the castle towers. His sons and nephews shared his sad destiny: they starved to death in the dungeons of the castle tower.
History reports his death in the Torre Muda in Pisa but the castle itself is still overshadowed by a strange atmosphere. The u-shaped castle was one of the most biggest and powerful in the area, although some gentler touches like the family’s symbols and mottos can still be seen on the remaining walls.
If you want to discover the truth behind Count Ugolino and the Castle of Acquafredda o Vanetine’s Day, contact Antarias società cooperativa Siliqua
antarias@tiscali.it
Where to sleep?B&B Mare Monti e Miniere 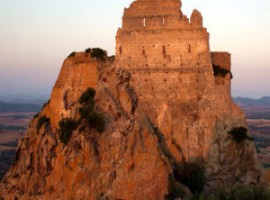 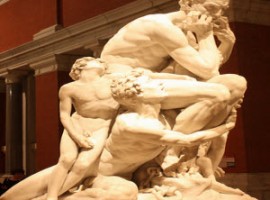 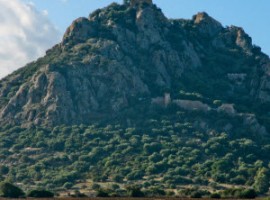 Valentine’s Day? Castello of Acquafredda, right at the top of the rock photography by AudreyH

Just like any other castle, the castle of Gropparello, whose name comes from the Celtic word “grop” meanings “rock”, has its own ghost: a minute figure clad in white is said to wander aimlessly go around the castle park and in some of the castle rooms. It is thought to be a woman and a very shy one: if visitors look at her intensely, she disappears.
The present owner of the castle investigated this and he was able to find some information about a bloody event which took place in the castle in the 13th century.
Mr Gibelli, the castle owner, wrote a book that tells the sad story of Rosania Fulgosio, the lady whose ghost is said to be the mysterious figure haunting the castle.
She married the castle owner, Pietrone da Cagnano, although she was really in love with a young noble knight, Lancillotto da Anguissola.
While Pietrone was absent in battle, the castle was left unguarded and it became easy prey for a certain young officer, the once beloved Lancillotto.
When Lancillotto and Rosania met, the old flames of passion burnt again.
A few months later, the young officer left the castle to go back to his adventurous life and the castle lord, Pietrone, came back from his war mission. He heard some rumours about his young wife’s misbehaviour and decided to take revenge. He had a hole dug in the rock just beneath the castle and he threw Rosania there, where she was buried alive.
The story is terribly sad and cruel.
Could it be that Mrs Rita Gibelli, the present owner, is trying to mask over this awful event or make the ghost’s final days seem more charming by creating the Museum of the Rose? The Museum is made up of over 1,000 roses blooming everywhere in the park and specifically along the old soldier tracks on the massive castle walls.
Huting ghosts or walking through rose bush on Valentine’s Day?
More info: call 0523 855814 or email info@castellodigropparello.it
Where to sleep? Torre del Borgo 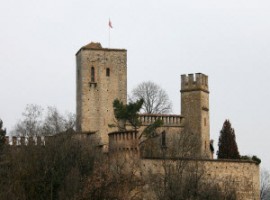 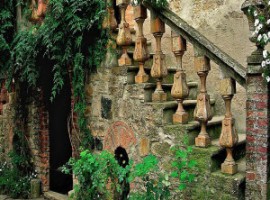 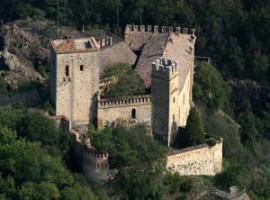 Castle of Urbino (Marche), the home of an illuminated spirit

Federico II Montefeltro (1422-1482) is still remembered as one of the most illuminated spirits of the Renaissance period.
He attracted the most intelligent, reputable artists and philosophers to his court and he turned a small village in central Italy into one of the most elegant cities and reigns of the Italian Renaissance period.
He was the illegitimate son of Guidantonio da Montefeltro, raised in a Benedictine monastery, where he learnt the importance of culture and valued that above all else.
Smart condottiero, he seized power of many cities and areas of central Italy. As soon as he had gathered enough resources he ordered the construction of his castle in Urbino, which was to be a lighthouse in the fragmented Italian territory.
He summoned the most innovative artists of his period such as Piero della Francesca (Piero is the author of the well-known portrait of Federico in front of the Lady known as Pala Montefeltro, now at the Academy of Brera in Milan), Paolo Uccello and Pedro Berrengue, to name just a few.
An interesting fact: Federico instructed his painters to only portray his left side. Why? He left his right eye and some of his nose on the battlefield. He was clever man…but also a little vain. The palace houses the Art Museum of the Marche, where works by Tiziano, Raphael and many other masters are on display.
A full immersion in beauty on your Valentine’s Day!
The castle is open from Monday (morning only) to Sunday
More info:call tel 0039 0721 855987 or email: info@pesarourbino.com721.1760115
where to sleep? Agriturismo Slowcanda 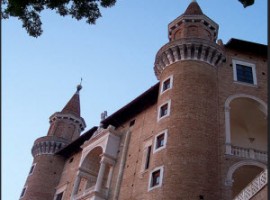 The Castello di Urbino, photography by phoenix81 via Flickr 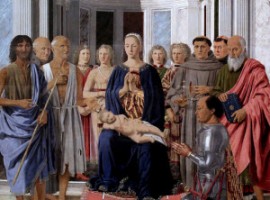 Pala Montefeltro, Federico da Montefeltro lord of the Caste of Urbino on the right side prohotography by J.L Mazieres via Flickr 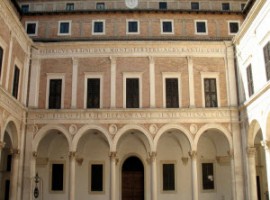 :if one ghost is not enough
Once belonging to the Saluzzo family for over 400 years, the castle is now part of the FAI (Private Italian Trust for the protection of territory) and it’s one of the most visited properties in the country.
Are visitors coming for the frescoed halls, for the many events the FAI put on, or rather for the ghosts that are said to haunt the place?
There are reports of at least two mysterious presences who live on the castle’s premises- the ghost of a young, wise, black student who was put to death after the Lord’s daughter fell in love with him and the ghost of a young girl who lost her lover, the loyal servant of the castle Lord at war, and has been mourning him ever since.
The castle will reopen in March 2015 after the winter closure.
More info Tel. e Fax 0175 87822 or e-mail: faimanta@fondoambiente.it
Where to sleep? Il Giardino dei semplici 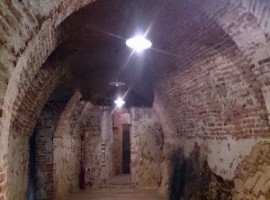 The cave at Castello della Manta, Cuneo photography by fabcom via Flickr 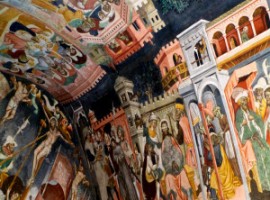 The frescoes at Castello della Manta, Cuneo photography by Alessio Maffeis via Flickr 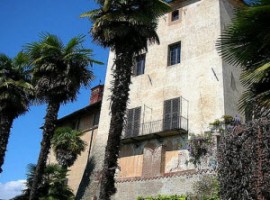 Valentine’s day. Top 5 ideas for a romantic weekend in Italy