VenTo: from Venice to Turin by bike

Italy will finally have one long bike trail featuring state of the art security, thanks to VenTo.
The bike path runs for 679 km and connects Venice and Turin, crossing Milan via the picturesque path of the Navigli, the area of canals designed by Leonardo da Vinci in the XVI century.
The project was launched by three young researchers and students at Il Politecnico University of Milan, with a total investment €80,000,000.
It’s hoped that public and private institutions will collaborate together for the track to become a reality in time for Expo 2015, allowing visitors to bike around the different Expo areas. 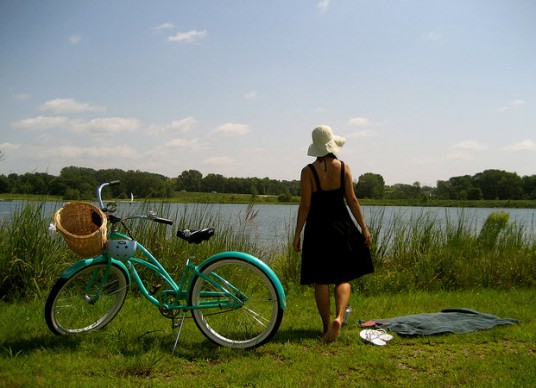 Alpine Pearls: 29 Alpine destinations for your green (and white!) holidays

Launched in 2006, the association now counts 29 alpine destinations which have made sustainable tourism their motto- each Alpine pearl aims at offering a relaxed and carefree holiday, while protecting the environment and its natural climate.
“Soft” mobility is the main focus: environmentally friendly recreational activities, reduced-traffic town centres and mobility with convenient transfer services are a “must” for the Pearls.
The six different European countries involved in the project are:
Italy – 15 alpine villages
Austria-5 alpine villages
France- 3 villages
Switzerland- 3 villages
Germany – 2 alpine villages
Slovenia- 1 village 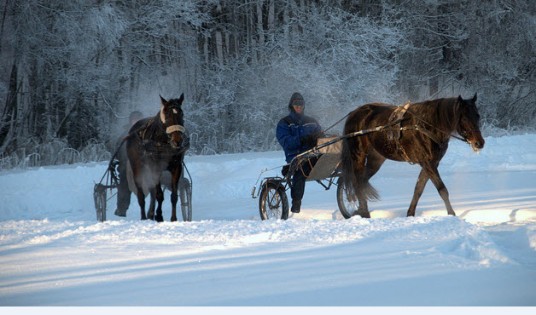 The outdoor park of Montegrappa: two brave women and a European project

Giamaica and Francesca are two young, enthusiastic women who live in the mountain area of Montegrappa and have firsthand knowledge of this territory that’s rich in art, history and nature.
When they read about an EU initiative to support projects developing mountain areas, they didn’t think twice: they asked the local administrations to apply and created an ad hoc project celebrating Mount Grappa and the soft mobility concept.
And so Monte Grappa Outdoor Park was established, with its official launch for press and local authorities at the beginning of December 2014.
The project offers 50 thematic itineraries dedicated to ecofriendly mobility including trekking, walking, running, cycling and Nordic walking. 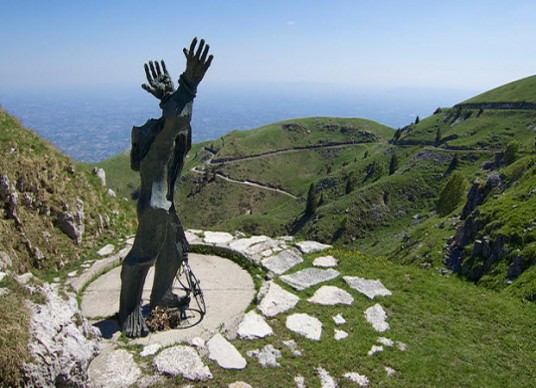 Park of Montegrappa, natural and artistic beauty to be found in the same place photography by will_cyclist via Flickr

The project originated from a friend’s bet. Can we walk through our country from the northern mountains down to the farthest southern coast of Sicily?
It soon went viral and more and more people are mapping their daily walking itineraries and sending the info to the website www.ammappalitalia.it
Do you want to play your part in the Wikipedia of ecofriendly movers? Ammappalitalia.it may well be the project for you. 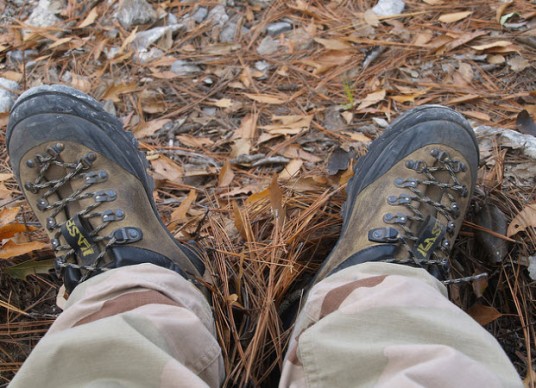 The Clean Hydrogen In European Cities Project works for the commercialisation of the Fuel Cell Hydrogen buses.
Fuel Cell Hydrogen buses are currently circulating in two Italian cities Bozen and Milan and many other cities in the 26Eeuropean areas targeted by the CHIC team as test cities.
The team is actively supporting the spreading of the fuel hydrogen buses as a way to reduce pollution.
Local community education as well as institution education are key points in the project effort and large investments in terms of communication are being implemented thanks to the sponsorships of 5 car companies (Daimler,BMW, Honda, Toyota and Hyunday) and may other mobility actors. 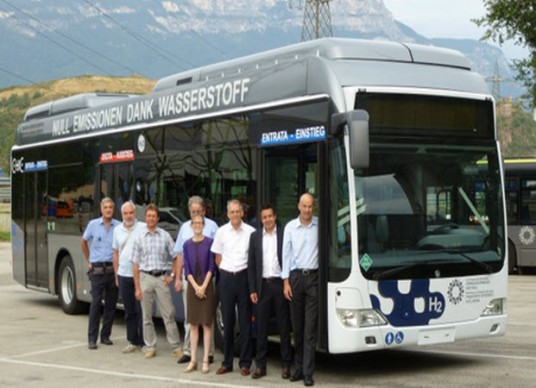 The Hydro bus in Bozen photography courtesy of CHIC project