Sustainable tourism is a growing segment of the tourism industry, this is not such a big mystery.

This statement is demonstrated by several studies, and confirmed by a recent survey carried out on travellers and accommodations owners in Italy, Germany, Slovenia and Serbia.

The survey was carried out by several European countries involved into a project called EcoDots (founded by the European Commission under the Framework Programme for Entrepreneurship and Innovation Programme “Supporting the enhancement and promotion of sustainable transnational thematic tourism products”) and showed that environmental sustainability is a key factor to search for holiday accomodations.

In particular, during the month of September, ViaggiVerdi, together with other European partners, has launched on the web the survey on the habits of travellers and how they choose and book their holiday and how accommodations owners manage their business on the web market, to find out what is the trend in sustainable tourism, and what is the trend of eco-tourism in Europe. The survey involved about 100 accomodations, including Italy, Serbia, Slovenia and Germany, while tourists who responded were 216, mostly Italians, but also Germans, Serbs and Slovenes.

The survey’s collected data will be the starting point for the development of the project EcoDots, coordinated by ViaggiVerdi, with other European private and public partners such as: Parma Municipality (Italy); Ministry of Trade and Telecommunications (Serbia); Centar za istrazivacke i razvojne projekte EcoDev (Serbia); Kontaktstelle für Umwelt und Entwicklung e.v. KATE (Germany); Institut Josef Stefan (Slovenia); GH Calabria (Italy); Istituto di Studi per l’Integrazione dei Sistemi (Italy). The project ‘s main objective is the creation of a new website dedicated to sustainable tourism in Europe, which will become a meeting point for accomodations that are investing on the requirements of sustainability and tourists who are looking for such requirements as added value to their vacation. 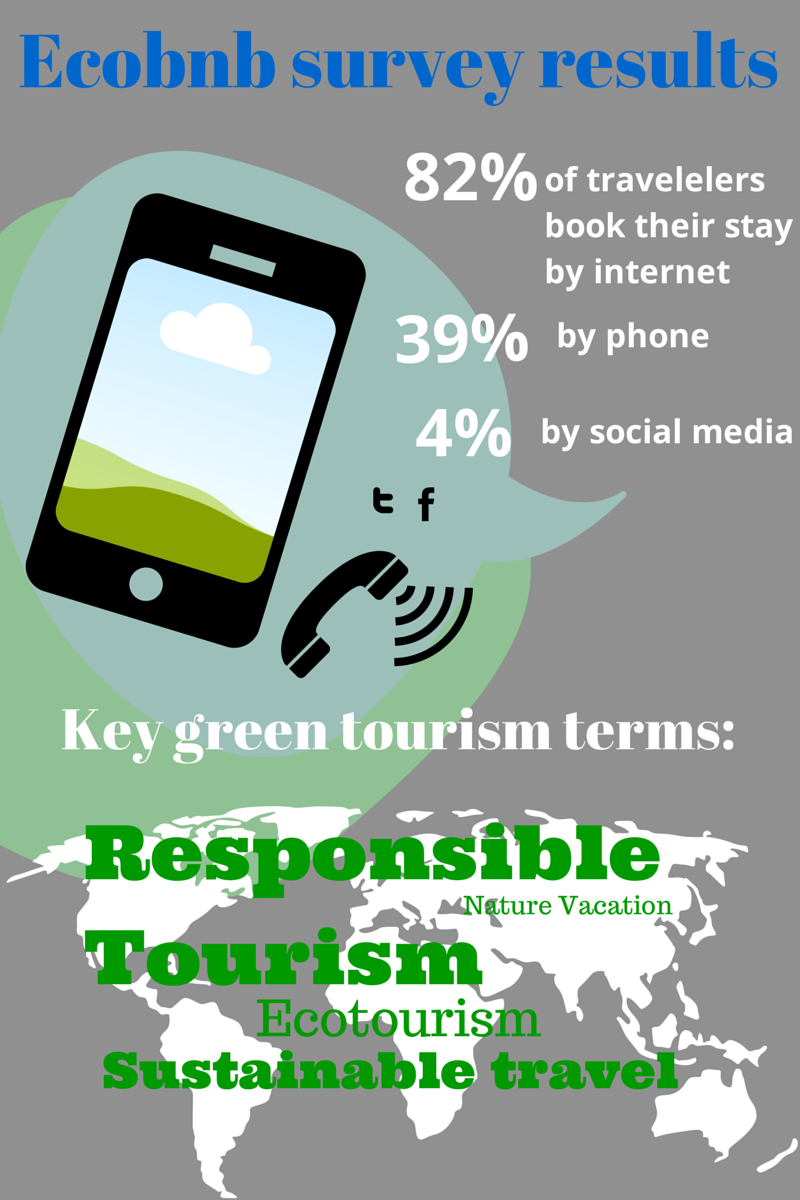 The survey data confirm the dominant role of the web in the tourism sector. According to the report most of the tourist reservations come from online booking system (82%), about one-third over the phone (39%) and only a small part through social media (4%).

Asking travellers what elements are taken into consideration when booking a hotel, the answers reveal that the presence of ecotourism tours (walking, riding or cycling near the hotel) is a priority rather than the presence of a swimming pool or a spa area in the hotel.

Even organic food and bike rental are important requirements for tourists who choose an accomodation, and proved to be more required than a spa within the hotel.

Will green routes, cycling and organic food be the spa of the future? 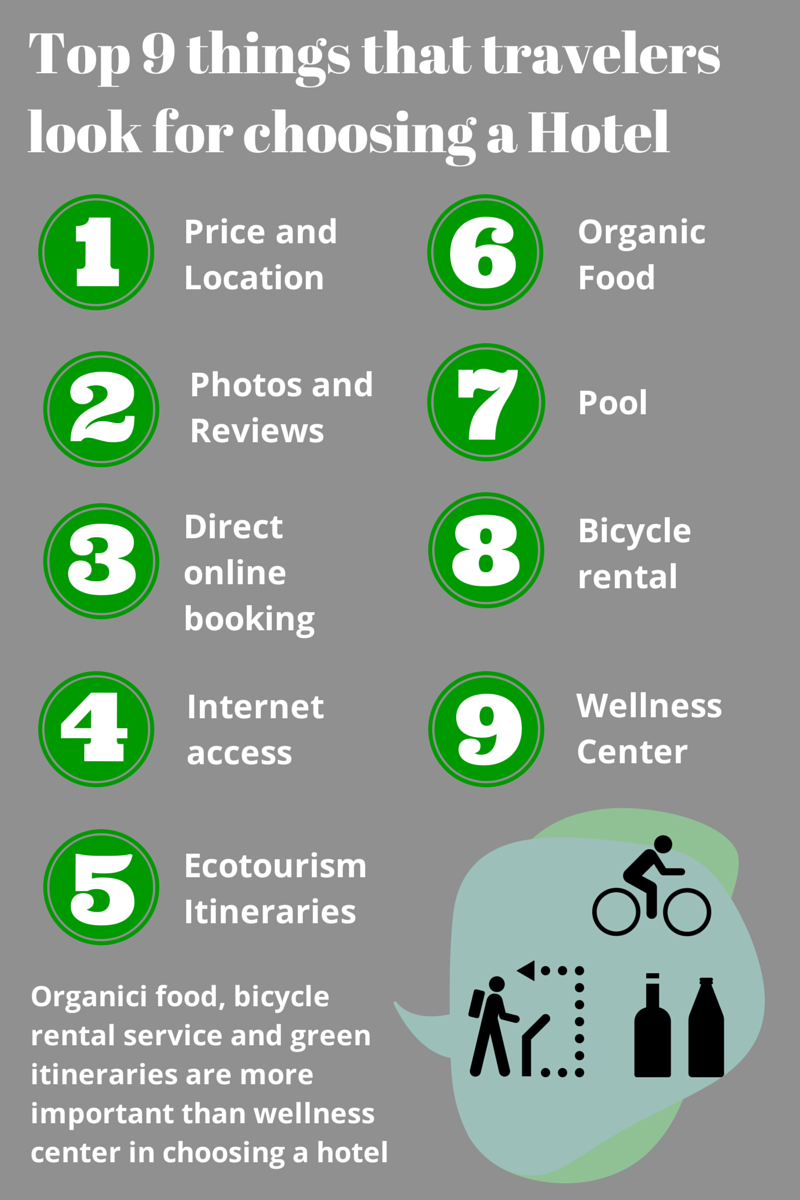