In the sourroundings of Verona area, inside the Regional Nature Park of Lessinia, it is possible to see a natural phenomenon unique in Europe: a window that opens toward the rocky wall that maybe inspired the “Sommo Poeta” and Andrea Mantegna. 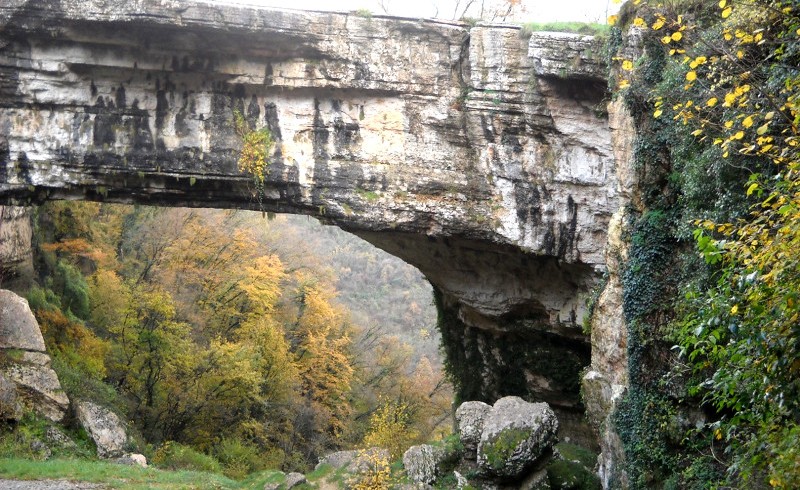 The Bridge of Veja, ph. by Margherita Meneghetti

From 1990 the highland of Lessinia has became Regional Natural Park and nowadays it extends approximately for 10 thousand hectares.

Near Località Giare of Sant’Anna d’Alfaedo, to around 25 kilometers from Verona, at 600 meters of altitude, the suggestive vision of a one arch rocky bridge dominates for around 30 meters the landscape: it is the famous Bridge of Veja. 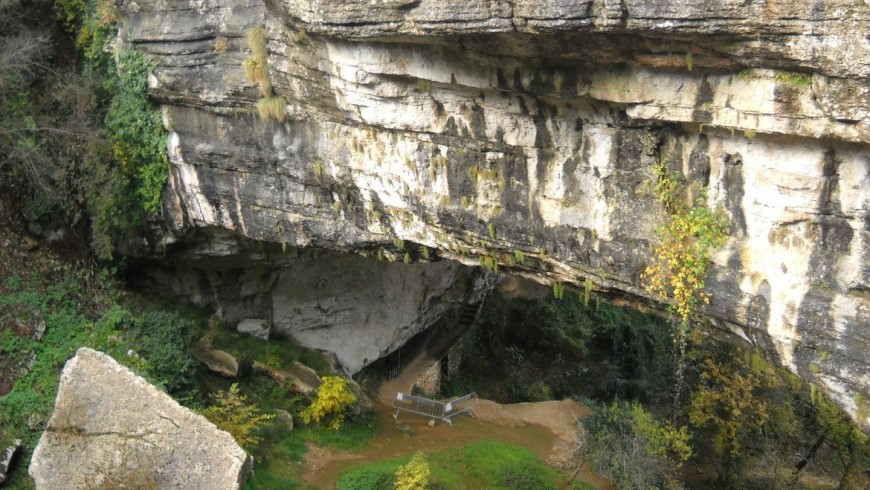 The bridge of Veja, ph. by Margherita Meneghetti

Autumn is considered the ideal season to discover Lessinia; in fact, in this period it is possible to be pervaded by an explosion of characteristic colors: the yellow ochre of the leaves that slowly fall from the trees, the dark green of the musky rock and the rusty color of the wet woody trunks. The bridge tends to a rosy color because it is constituted by limestones and plates of Rosso Ammonitico Veronese.

Under the arch of the bridge a brook flows, and forward, toward valley, it forms a fall. In the neighbourhood there are some caves; the biggest, named “A” or “of the Bear”, is long around 180 meters and it is closed by a gate. In these caves archaeologists found some important prehistoric evidences. These places are also destinations for speleologists. The scientists think that primitive communities used to inhabit these places for centuries. 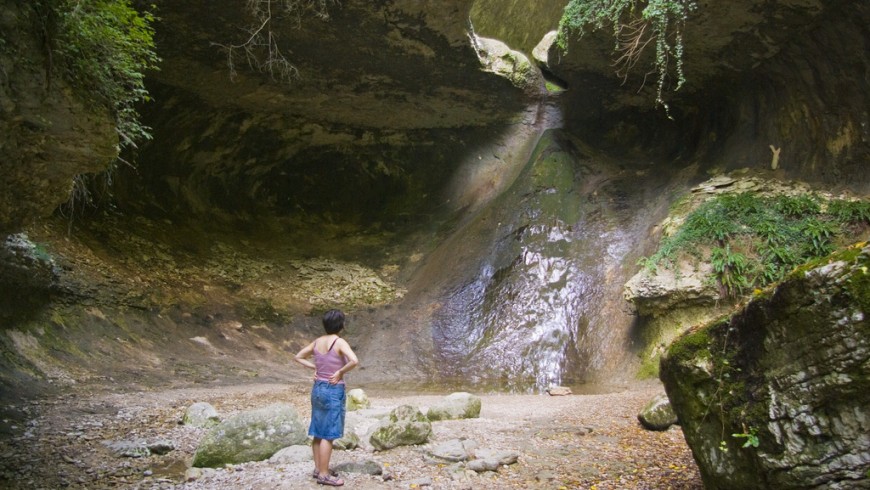 Bridge of Veja, ph. by Marco Saraceno, via flickr

A natural bridge is a geo-morphological structure in which the rock assumes the aspect of an arch. Different factors could have origined such a stone conformation (climatic elements or pressure of the water) and could have determined the erosion of the rock that finally took the characteristic shape of a bridge.

In Italy, such as all around the world, we can find a lot of natural archs, especially in certain areas near to a stream or to the sea. We can see more of these natural artworks in the South of Italy and in the islands, for example the natural arch of Tavolara, or that of Capri island.

Natural bridges or archs are also present in the climbing zones in the Northern part of Italy, as for example the Stevia arch in Val Gardena or the bridge of the Ogre in the locality of Ospedaletto, near Trento.

The Bridge of Veja is special in comparison with other natural archs because in the past it was used as a transit zone by people who crossed the Vajo della Marciora; in fact it was also named “The Road“, or “Bridge of the Weg”, from the German Der Weg, that means the road.

The local history researchers think that the natural process of formation of this bridge is almost a mystery, the same is for both the inhabitants of Lessinia and the tourists who every year visit the site: they usually remain marveled by the greatness of the bridge. Many researches demonstrated that the Bridge of Veja was a part of a big karst cave roof that, because of the erosive strength of the water on the limestones, has collapsed during the centuries maintaining only the lintel of entry. 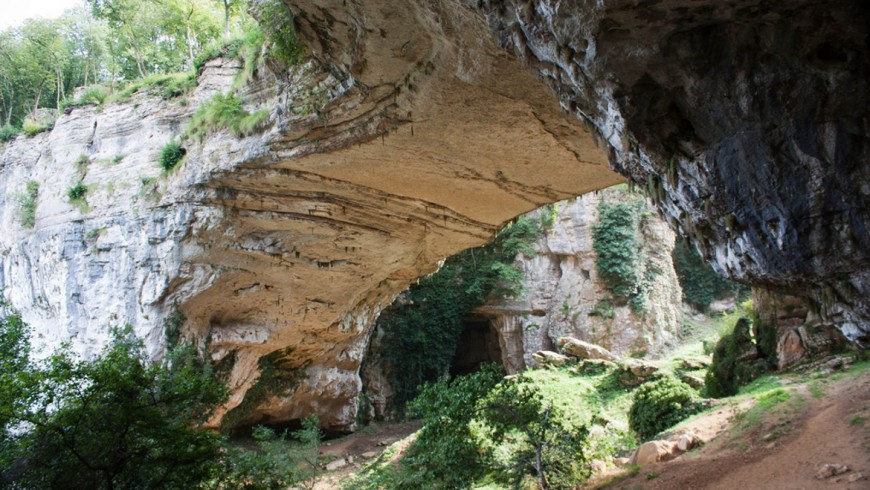 The Veja bridge, ph. by Eduard Roccatello, via flickr

The real mysterious fact is about the certain dating of the final collapse that provoked the genesis of the bridge; there are many hypothesis on this event, but the most recent and suggestive has been formulated from Mr. Alberto Benedetti, a researcher of Lessinia, who wrote that was the 1223 earthquake that probably caused the decisive collapse. In fact, reading some historical documents, he discovered that the place name has been changed between 1196 and 1325; in that period the cavern became bridge of the Vea, that means bridge of the water.

A folk story narrates that Dante Alighieri, during his exile, guest at the court of Scaligeri, the lords of Verona in the first decades of the XIV century, has been inspired by the Bridge of Veja and its caves for the ideation and description of the Malebolge (evil ditches), in the eighth circle of the song XVIII of the Inferno of the Divina Commedia.

Certainly, an important representation of the Bridge of Veja and its caves can be found in the background of the left part of the fresco “L’incontro” in the Bridal Chamber at the Ducal Palaceof Mantua; the paint was realized in 1474 by the famous Renaissance artist Andrea Mantegna. 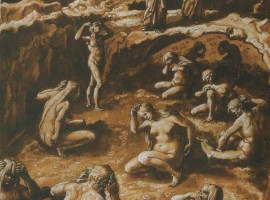 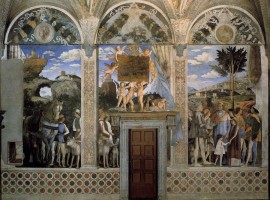 Painting by Andrea Mantegna, in Mantua

The Bridge of Veja is a source of legends and mystery and it attracts a lot of tourists who remain marveled by the strength and the perfection of the nature.

At low speeds, on the old rails of Italy

Walking in Italy without any map: discover the Via Francigena by foot!