There were once more than six thousand kilometers of track on which they traveled the first puffing steam trains, among bridges and natural italian landscapes, cultivated plains and wild woods, hills dotted with rows of trees and breathtaking mountains. 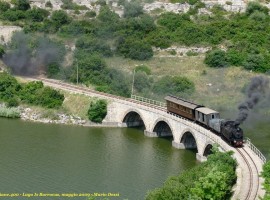 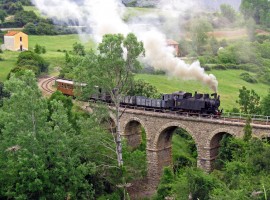 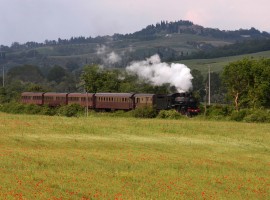 Next came the high speed, the highways and cars, and those old rails are become rusty signs of a lost time, invaded by vegetation, regained by nature.

Some of these traits, thanks to forward-looking restoration works, have been transformed into long dirt roads to be traveled slowly, by bike, on horseback or by foot, where you can meet ancient bridges, long stone tunnels and old railway stations.

For example, the former railway line Trevisto-Ostiglia became the longest bike trail in Italy, from Treviso to the Po river, on the ancient route of the rail trail.

Sunday, March 2, back to the National Day of the Forget Railways to rediscover all these romantic paths across Italy. But also to promote the train and sustainable transports.

Now at its seventh year, the Day of the Forget Railways is promoted by the italian Confederation for Sweet Mobility (Co.Mo.Do.) and supported by a large number of environmental groups, cycling and hiking groups, institutions and media partners including also Italy Green Travel. 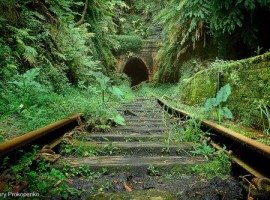 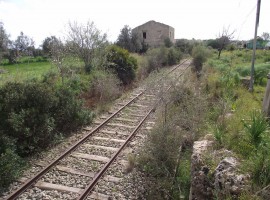 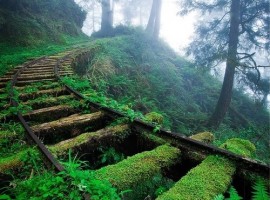 From Sicily to the Alps the entire Italy is crossed for a day by a myriad of initiatives: walking trails and bike tours, special trips on historic trains, meetings and conferences, photo contests, and much more.

In Sicily you can walk on the old railway line “Porto Empedocles – Castelvetrano” from the sea to the inland, through the beautiful countryside of Cattolica Eraclea and Ribera.

In Puglia you can bike along the green hinterland, among “trulli” and typical farms of the Itria Valley.

In Campania you can venture along the old route Salerno-Reggio Calabria, discovering the beautiful landscapes of the valley, reminiscent of the Valley of the Elves of the saga of The Lord of the Rings by Tolkien. 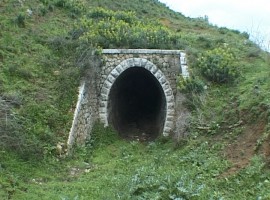 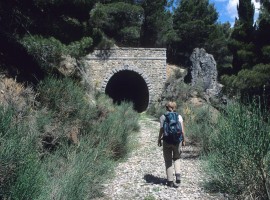 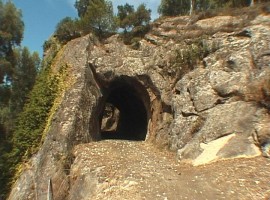 In Tuscany you climb aboard a real antique carriage, and through the amazing landscapes of the Crete Senesi and the Val d’Orcia, up to the top of the hills famous for the Brunello di Montalcino wine.

In Emilia you cycle on the old railways, such as the one that goes from Parma to Bogolese, discovering the small farm museum in Coltaro.

In Lombardy you walk from Voghera to Rivanazzano Terme, along the stretches of the old train road Voghera-Varzi.

In Friuli you discover the disused railway Sacile-Pinzon, crossing the unique landscapes of the Friulian Dolomites and the “Magredi” lands.

This is just a taste of the hundreds of events that pass through Italy, on March 2. Ready to go?