Though the Halloween week end isn’t a long one, it’s the perfect excuse for a short break, and with that in mind, we’ve selected four last minute offers. 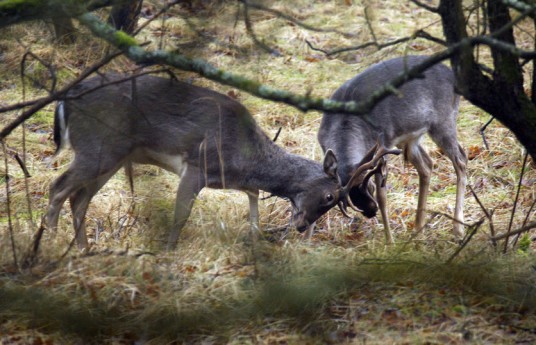 Though said to be shy and mild, deer are fierce battlers when it’s all about love and the female deer, the doe.
A male deer, the buck, can measure up to 6 ft 6’, including antlers, and weigh up to 600 pounds.
They grow and shed their antlers every year.
In October and November deer challenge one another to win over the female harem of an area.
At Park La Mandria, trained guides will show you around the woods and help you spot the love battle fields.
The battle usually starts with the low but loud bell that the deer emit.
If these bells don’t have the desired effect of seeing off the contender and no deer abandons the battle field, a fierce struggle begins again.
The noise of the antlers clashing is frightening but deer fights are never fatal: the weakest deer leaves before being totally pumelled and the winner becomes the undisputed king of the “reindeer harem”.
Relais Bella Rosina offers a special deal including a one night stay, a guided tour of La Mandria Park and entrance to their on site “Prima Rosa” beauty area . Find out more here: Relais Bella Rosina

Castle of Scipio photography of Tursimo Emilia Romagna via Flickr

Castle of Scipione (Salsomaggiore Terme): Halloween in the devil’s lounge

Have you ever visited an ancient home owned by the same aristocratic family for over 1,000 year? Intriguing, isn’t it?
The Castle of Scipio gets its name from Scipio, the noble Roman officer who ordered the destruction of the north African city of Cartago (“Delenda Cartago”) in 146 BC.
Close to the village of Salsomaggiore Terme, midway between Parma and Piacenza, the castle that was first built as a fortress was later turned in to a countryside villa due to the addition of an elegant loggia in the XVI century. A few decades later, the walls of the rooms were entirely frescoed and large lounges were created, such as the so-called “devil’s lounge”. This, together with the small prison rooms and the loggia, will be the highlight of a guided visit on the evening of October 31st.
And if you are drawn in by the castle atmosphere, you can stay for dinner at Ristorante Osteria del Castello and spend the night in one of the elegant suites for this Halloween. More info on Castello di Scipione 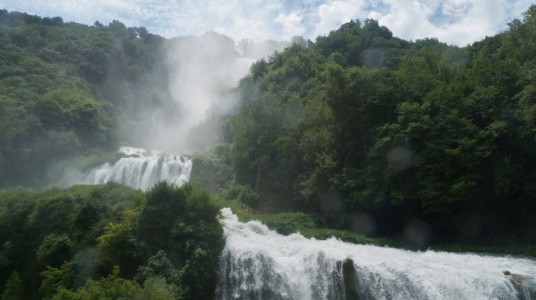 Falls of Marmore by Italy cicling guide via Flickr

The Falls of the Marmore (Terni): a walk with Gnefro, the local hobbit

As small and delicate as a baby or as short and hunch-backed as a fairy tale character, the Gnefro can be a kind and gentle soul ready to help visitors or a moody and mischievous character who takes delight in giving you wrong directions.
According to local tradition he has been living near the falls since the dawn of time and he knows the area by heart. That’s why he’s been appointed as the guide who will show visitors around on Halloween week end. Let’s hope he will be in a good mood.
Reserve your visit by calling 199.151.13 from 9 am to 3 pm or email callcenter@sistemamuseo.it
And to rent a cosy home in the countryside just click on Azienda Agricola Mater Natura 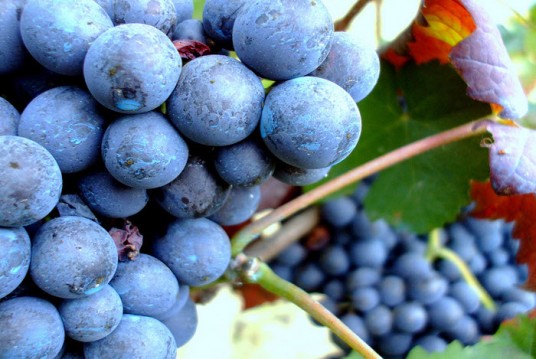 Scicli, a Unesco World Heritage site since 2002 and, home to the fictional TV police officer Montalbano, is celebrating its artistic and enogastronomic talents next week end with Scicli Rubino|rotte di vino.
The second edition of the event supported by the SEM group, a group of 15 talented youngsters promoting their land via a sustainable marketing strategy, is offering locals and visitors two days of events and celebrations that are really worth a visit.
Villa Penna, the antique monastery of the Cappuccini company, will open its doors to a “Wine Expo” showcasing the best in local wine production:
Frappato di Vittoria, Cerasuolo, Moscato di Noto DOC and, Nero d’Avola.
Local meeting points will become places to get together and chat such as the Circolo Conversazione, the once famous “literary caffè”, which will house seminars and lectures on mythical stories and legends that surround the wines and their production and offer the opportunity to taste the ruby wine.
If you want to take advantage of this short break in Sicily you can check room availability at Agriturismo Re Carrubo, a 20 minute drive from Capo Passero.

Cover image: deer in a natural park, ph. by David Stone, via flickr