Let’s go on with the twelve villas of the Medici : visiting 12 villas in a long week proves too much? Pick up your favorite ones and do not forget to have a glass of a Super Tuscan and even a slice of Pecorino Toscano Dop cheese:

life is beautiful at the Medici villas 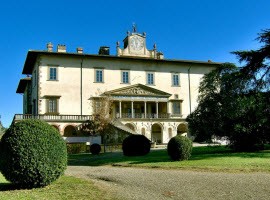 Villa Medicea Poggio a Caiano Florence by istela via Flickr 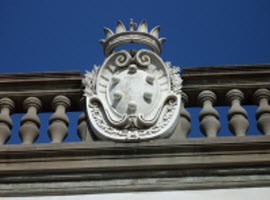 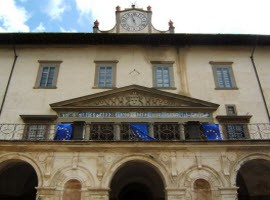 Villa Medicea Poggio a Caiano Florence by JEF via Flickr

Villa Poggio a Caiano: the love scandal of Bianca and Francesco

Once a fortress of the Strozzi family, Giuliano da Sangallo had it adapted as an elegant summer residence for Laurence the Magnificent: classical elements, a patio on the ground floor, a two flight of to the central “loggiato”, frescoes all over the villa walls.
The villa was also where one of the most shocking and mysterious “affaire” in Medici history took place: Francesco I Medici and the noble woman Bianca Cappelo, both married to a different partner, felt madly in love.
Scandal at the Medici court!
The two lovers could finally marry only when both their official partners died and they lived some years in perfect delight there, up at the villa.
Yet, their happiness did not last long: they died a few years after the marriage…poisoned.

Our favorite “Tuscan villa” is Bed and Breakfast Borgo Matero because each apartment has its own patio – the ultimate treat in a Tuscan villa. 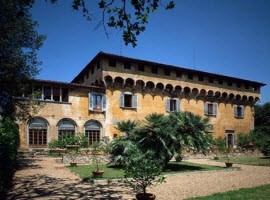 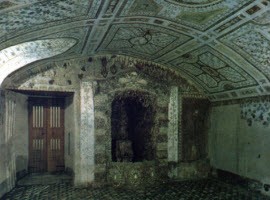 Villa Careggi the inside of the villa courtesy of didattiscasluigi.altavista.org 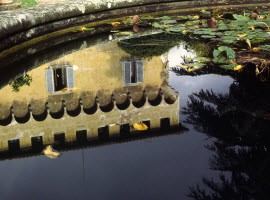 Villa Careggi mirroring in the pond courtesy of JuliAnPierre via Flickr

The legend says Villa Medicea di Careggi was the favorite one of The Magnificent: he was born and died there. Not far from the centre of Florence, the villa was surrounded by vast fields providing fresh and rich supply of food.
The villa became the centre of the Neoplatonic circle Laurence The Magnificent assembled around him.
The variety of intellectuals who were frequent guests at the villa, such as Marsilio Ficino and Pico della Mirandola together with their studies contributed to create a climate of mystery and magic around the villa.
The villa houses some departments of the local hospital of Careggi but visitors are admitted to some areas and if you are lucky you may even be given some information.

Our favorite “Tuscan villa” Bed and breakfast il Colibri for its amazing view over the valley where the Arno river finally reaches the Thyrrenian sea. 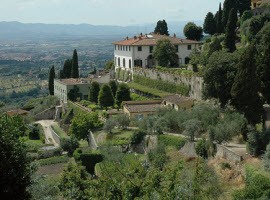 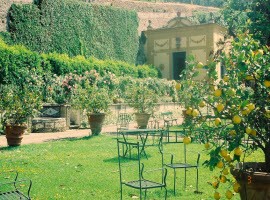 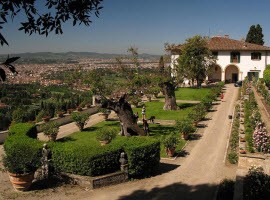 Villa Medicea Belcanto in Fiesole Florence by iintoscana via Flickr

Michelozzo Michelozzi or Leon Battista Alberti? The first was the favorite architect of Cosimo the Elder, the latter was the idol of the Renaissance period, the prototype of The Artist.
No one will ever know who designed this villa and this is part of the charm of it.

Suggested red wine: Testamatta
100% Sangiovese – 100% Testamatta which means “crazy” as each real artist must be.

Our favorite “Tuscan villa is Bed and breakfast Naturae as it works in our same direction: attention to ecology. 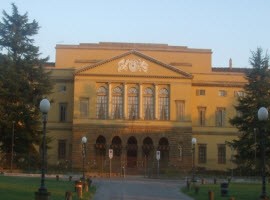 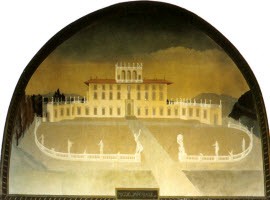 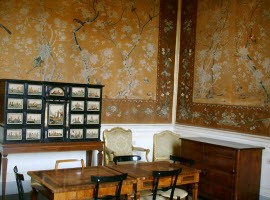 Villa Medicea Poggio Imperiale: the story of the Medici’s bankrupt

The story says that the works the Archiduchess Mary Magdaleneof Austria and the Grand Duke Cosimo Medici bought the villa and as it happened with other villas, they decided to have it restructures.
But the magnificence of the works deteriorated the finances of the Medici family.
Funny this time was not a woman to determine a man’s ruin…or not?
Anyway, the name “Poggio Imperiale” comes from the 3 km secular tree avenue leading to Florence: the so called “poggio”.
And the “poggio” was an imperial one as Mary Magdalene was the sister of Ferdinand II, Emperor of the Roman Holy Empire.
The villa is now home the scholastic institute of SS. Annunziata.

Suggested red wine: Tignanello Antinori the first Sangiovese to be aged in barrique- the Emperor of the Super Tuscans

Our favorite Tuscan Villa is Bed & breakfast Bio Il Melograno Nano because there is no better place to reach the many cultural events of the Garfagnana area. 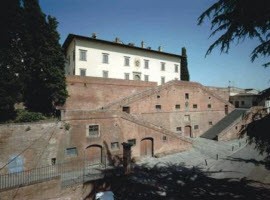 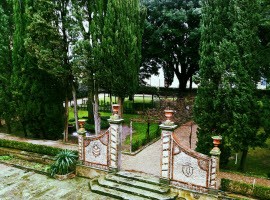 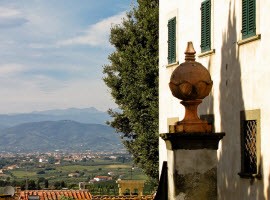 Designed and built under the supervision of Bernardo Buontalenti, the favorite architect of Cosimo I (the same of the “Villa La Ferdinanda”), this Villa was the location of another scandal and tragedy for the Medici family. Isabella, the lovely daughter of Cosimo I married at the age of sixteen Paolo Giordano Orsini, a member of an aristocratic and powerful family of Rome. The marriage was not happy and Isabella found some happiness elsewhere. Paolo discovered the “affaire” and had Isabella murdered. If you want to see the beautiful and sad Isabella, visit the Art Gallery of the villa and admire her portrait.

Our favorite Tuscan Villa is Bed & Breakfast Terzo di Danciano because you deserves to relax in a little “villa medicea”. 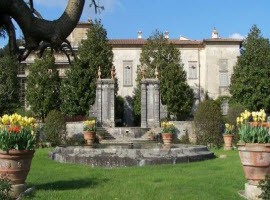 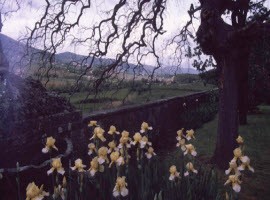 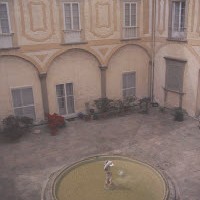 Villa La Magia in Quarrata: the villa is still alive and vibrant with energy

The villa was bought in 1583 by Francesco I and restructured by Bernardo Buontalenti, who had an artificial lake dived in front of it.
The proximity to the hunting premises of “Barco Reale Mediceo” made the residence the ideal suburban villa for holidays and even Emperor Charles V stopped there for a short pause in his travel along Italy.
Since its first construction, the villa has been inhabited by different aristocratic Florentine families: the last members of the Amati Cellesi lived there till 2002.
It is now property of the local township which is planning to support and enlarge the Contemporary Art Collection featuring works of Anne and Patrick Poirier, Marco Bagnoli, Hidetoshi Nagasawa and Maurizio Nannucc and to devote some of the old villa rooms to the design laboratories of the project “Abitare l’arte”.
The villa park features 120 different roses and a Sophora Japonica tree whose umbrella is so wide that the Medici themselves used it as an open air cabinet where to leave their clothes before taking a swim in the large central pool.
The villa is now open for guided tours every third Sunday of the month and on special occasions

Our favorite Tuscan Villa is Bed and Breakfast Corte degli armonici as harmony is one of the dimension of beauty.

And the last but not the least 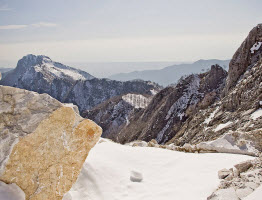 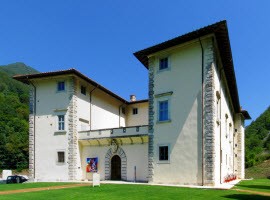 The Palazzo Seravezza in Lucca (Lucca) courtesy of Giovanni via Flickr 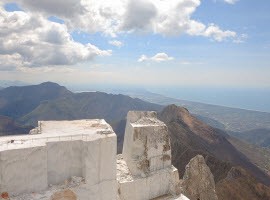 Palazzo di Seravezza: the villa where the peach flower blooms

Cosimo I Medici wanted a villa to be erected in Serravezza for the area had a relevant strategic position over the Versilia and the Mediterranean Sea. His choice turned out to be ideal from an architectural and building point of view: the surrounding mounts are rich in precious marble as the “Flower Peach marble” so that the architect of the villa could have generous supply of this element at virtually no cost.
The palace houses now the”Museo del lavoro e delle usanze della Versilia” (Museum of art crafts and traditions of Versilia) and offers a wide range of activities and laboratories: new this year “Le mani nell’argilla” (hands in clay) and “Erbario” (flower essences).

Our favorite Tuscan Villa is Bed & Breakfast Locanda del Marchese becuase they produce the only honey DOP in Italy. 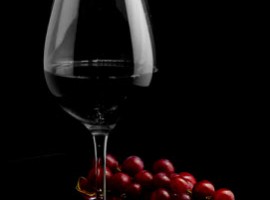 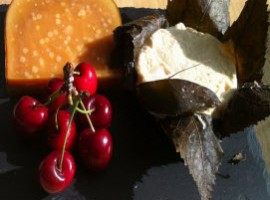 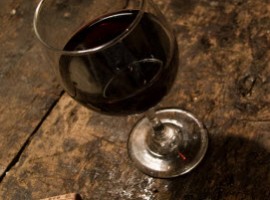 Glass of red wine courtesy of Jon via Flickr

Can’t wait to pack and go? Start your journey planning it and do not forget the enogastronomic delicatessen of the area: mushrooms, olive oil, cheese, hams, meat. We wait for your itineraries and your discovers here at Italy Green Travel.