September 25th: Autumn officially arrived. It is now slowly progressing through the countryside and urban centers unveiling its warm colors.

For students less interested in the colors of the season it means “Summer is over, back to school!”  The sight of boys and girls, lugging their backpacks, walking through the fallen leaves to the central school building: who can’t remember the sound of the yellow and orange dried leaves cracking under the school shoes?
Lovely days tanned with melancholy and nostalgia for the summer past and a contact with a new face of nature with its colors and shapes making a lovely transition to the harsh realities of winter. Nowadays, most of our children live in towns and villages and reach school by bus and private cars speeding along black grey roads lined with firelights and lamps and can’t recognize a chestnut from a sycamore tree.
If you feel you can and want to do something nostalgic and “ green”, why not starting  by treating your family to a “foliage week end” in unique and unexpected areas of Italy. 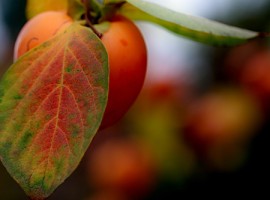 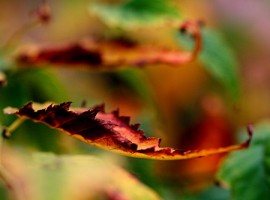 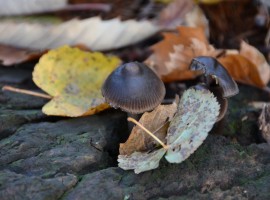 Autumn in the forest, ph. by ezioman, via Flickr 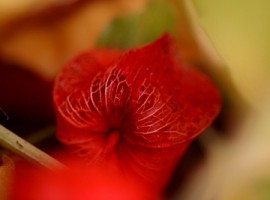 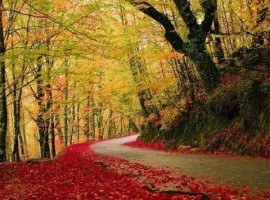 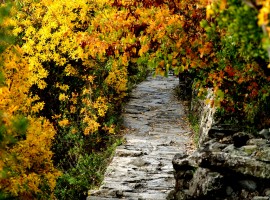 Autumn in Liguria, Cinque terre, ph. by soundpatterns, via Flickr 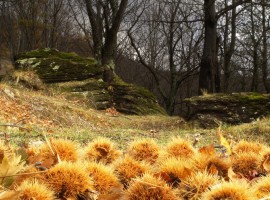 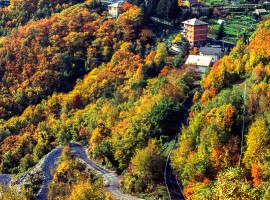 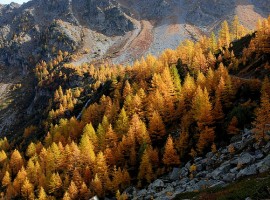 Autumn in the White Mountain, Aosta, ph. by jplust, via Flickr 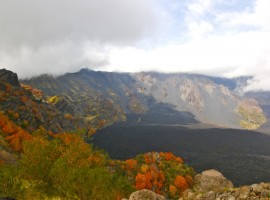 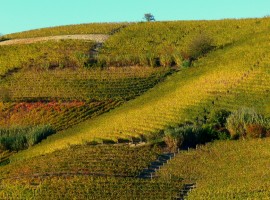 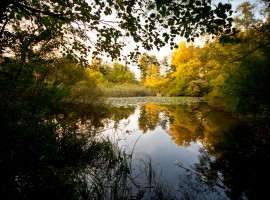 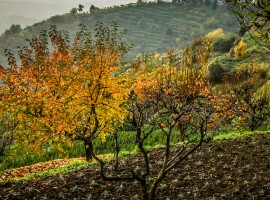 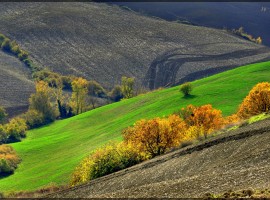 Colors of the hills near Macerata, Marche, Italy, ph. by Gigi62, via Flickr 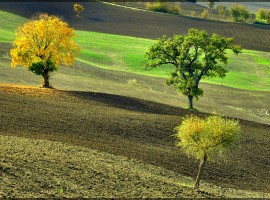 Autumn in the Marche countriside, ph. by Gigi62, via Flickr

Foliage in the Langhe (Piedmont) 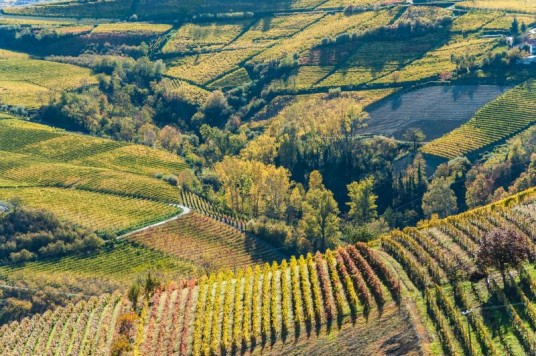 The Langhe area: a hilly area covering the land between Cuneo and Asti, in North West of Italy.
Well known for its excellent wines and truffles (Barolo and Barbaresco red wines are the gems together with the “White truffle” of Alba), the repeat visitors know that the journey to the “Langa” is always worth it. In summer time, the dark and musky green of the newly born vineyards will offer a fresh repair for sore eyes escaping the suffocating atmosphere of the cities and a cold glass of white Arneis reconcile you with life.
As the mild summer is replaced with the first fogs lifting from the valley, the green turns into a symphony of “orange, yellow, gold, saffron, copper and a variety of warm colors “ whose arrival you can spot day after day…and the first grape harvests begin.
Start your tour from Alba and head to the tidy Monforte D’Alba (CN) through woods of sycamore and nebbiolo vineyards and stop in Serralunga d’Alba. Right here Mr. Farinetti, the founder of “Eatitaly”, bought the entire property of Fontanafredda and preserved the secular wood creating some tracking paths through it (40 min for “trained legs” and 20 min for “lazy legs”). Discover the quotations of great minds and savvy drinkers (“man who drinks only water has a secret to hide from his fellow men.”  by C. Baudelaire) 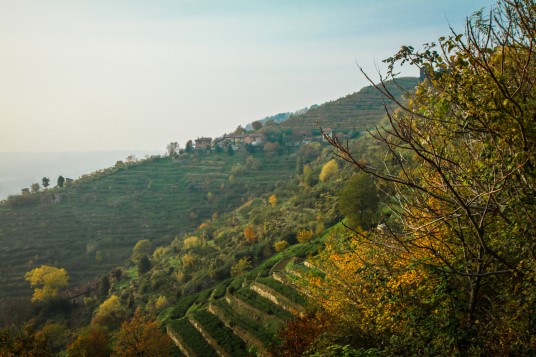 The Parco Regionale di Montevecchia and Valle del Curone: 2741 hectares of woods at south east of Lecco Lake.   Get lost following the 11 tracks created to discover what was once the “Pianura Padana”, a green lavish land where creeks and small rivers flood free. Reach back to your childhood collecting chestnuts to roast on the fire once at home or even better stop in the Farm House La Costa in Perego and ask for Tagliatelle di farina di castagne con formaggella e spinaci (chestnut flour tagliatelle with spinach and local cheese sauce).. I know that you did not expect autumn colors to taste so good!

The colors of Cinque Terre 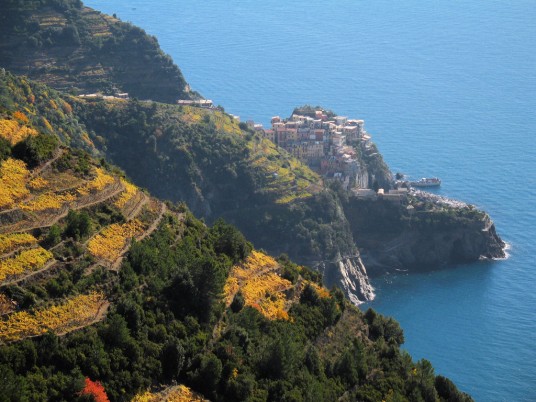 Autumn in the Cinque Terre Park, ph. by GenovaGerry, via Flickr

Parco Cinque Terre: Five small fishermen’s villages spread along a rocky coast over the Mediterranean Sea. A hot destination in summer and a jealously kept secret in autumn. When most tourists have left and the sun strikes less violently… that’s when you will be able to admire the mature beauty of this pearl of Liguria coast declared a World Heritage of Humanity by UNESCO in 1997.
And it is right now when The Cinque Terre will ablaze with unexpected colors, the brilliant green lemon leaves will curl up in funny shapes and show the sage like nuances which go so well with the silver green of the old olive trees and the late lavender and sage flowers.   At the end of your long stroll along one of the many paths (Via dell’Amore, Via degli Dei, just to name a few) you will deserve an icy glass of “Sciachetrà” (liquor white wine) or Vermentino (light acid white wine) sitting on the terrace of one of the guesthouses in the area which are all helping preserving this unique natural corner of Italy.

A touch of creativity?

After a long walk in city parks or along one of our itinerary, bring home some curled up and colourful leaves. Dry them overnight (please avoid direct flame or heat) and compose colourful works of Autumn art.
Post your works of creativity in blog.viaggiverdi and show us how inspiring Foliage can be!