Calanchi di Atri Nature Reserve, in Abruzzo is a fascinating and little-known destination. Thanks to the great commitment of the local community, it is increasingly valued. The director of the Reserve, Adriano De Ascentiis, tells us about it. Find it out with 5 experiences to do.

The Regional Nature Calanchi di Atri Reserve, in Abruzzo, is one of the most varied natural landscapes in Italy. It holds a priceless treasure of biodiversity, so much that it became a WWF Oasis in 2000, 5 years later its establishment as a protected area. Its peculiarity and the desire to promote it made the Reserve falling under the management of the great World WWF organization, through a local cooperative. Let’s find out what makes this place so special, not only from a naturalistic but also a cultural point of view.

The rarity and biodiversity of the Calanchi di Atri Reserve 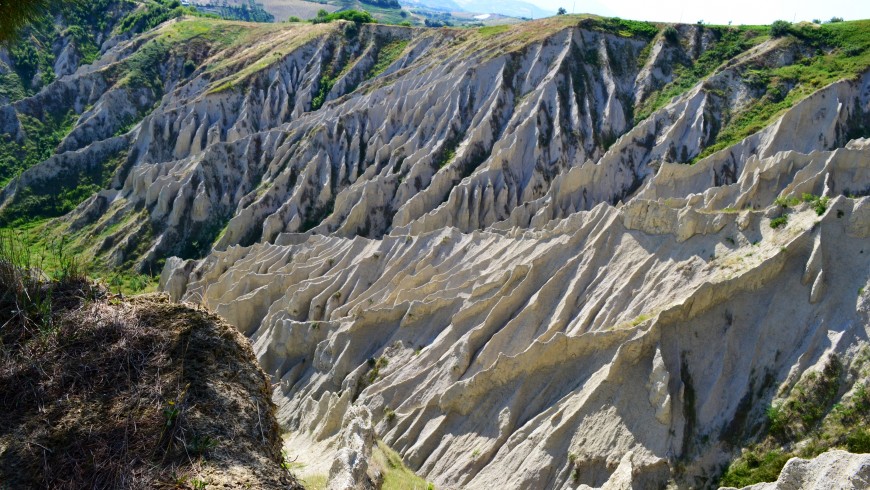 600 hectares for an altitude ranging from 106 meters of the valley floor of the Piomba stream, to 433 meters of the Colle della Giustizia. The Calanchi Nature Reserve is the home – vast and roofless – of one of the most fascinating geological forms on the Adriatic coast.

The Calanchi are in fact “natural architectures”, areas of rock and soil that have been eroded over time, mainly because of deforestation, the run-off and the presence of clay, which becomes very mouldable with water. The result is a very rare show in the Mediterranean area. This landscape surprisingly alternates with ditches, ponds and wooded areas, creating a palette of dozens of shades. Despite not looking like a hospitable land, the Reserve is rich in biodiversity of flora and fauna: willows, elder, liquorice; foxes, sparrow-hawks, hedgehogs… And many others, waiting to be discovered and spotted thanks to the excursions practicable in the Reserve.

But how is such a “treasure” experienced by those who live nearby? The answer to this question was given by Adriano De Ascentiis, Director of the Reserve. He also told us much more about what makes special this close and unknown place. 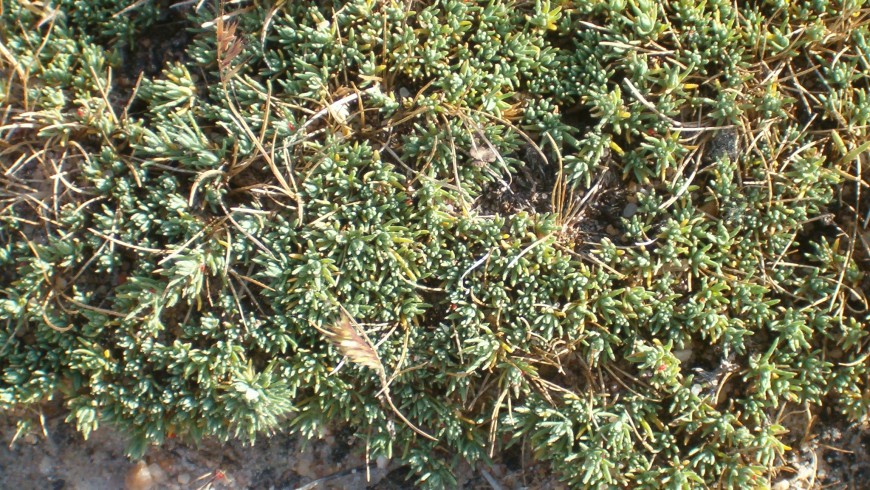 The Reserve as an Opportunity for the Community

When it was established in 1995, one of the main purposes of the “Calanchi di Atri” Nature Reserve was to promote local tourism in a sustainable way, and to involve in the project the local farmers, because they are considered custodians of the territory. “They are mainly those who collaborate with the park, seeing possible situations that go against the naturalness of the place, participating in the various initiatives and actively taking part in each project, in a positive and continuous exchange with the Nature Reserve”, Adriano tells us, Director of the cooperative that manages the Reserve. It was not easy at first, but soon everyone understood that the Reserve was not a bureaucratic (or else kind of) obstacle, but a great opportunity. “An opportunity for collaboration and for the growth of the territory, for promoting the local agri-food products and enhancing tourism”.

In 2005, the project “Crops and Cultures in the Calanchi di Atri Reserve” was born. With it, the Reserve started co-productions with farmers, to stimulate the creation of new businesses and activities in the agro-food sector. As the Director explains, “the Park has encouraged start-ups for local productions, providing them with free loan facilities and consultancy services. Soils that were previously cultivated for large-scale production are now cultivated in view of the circular economy within the Reserve, considerably improving the quality of the products and the nature conservation”. 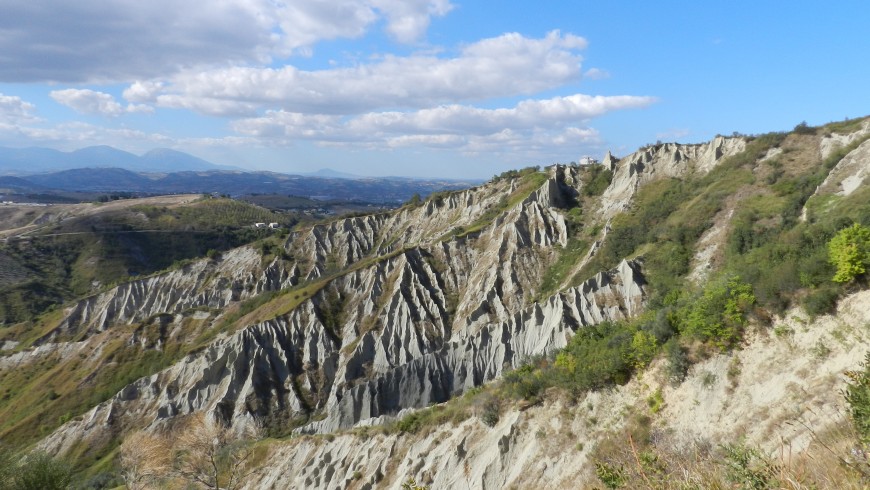 Why to live among the Calanchi di Atri

The Nature Reserve is constantly active to promote the territory that hosts it. One of the latest activated projects is “Living among the Calanchi“, a path for documenting the cultural biodiversity of the community, to study the culture of the place and the processes that led people to bond with the place. “The project stems from the great intuition of two anthropologists: to bring people back to the mountains – Adriano De Ascentiis explains – it was necessary to understand which are the processes that over the centuries had led people to connect with the place, to feel it unique, near and attractive”. The pictures and videos of the interviews with the local inhabitants, to investigate their tangible and intangible links with the place, will build a virtual museum of the Calanchi di Atri culture. The great strength of the project is precisely to be focused on the peasants. It has constituted a network, united by the common objective of valuing the environment, promoting agricultural and tourism sustainable innovation. 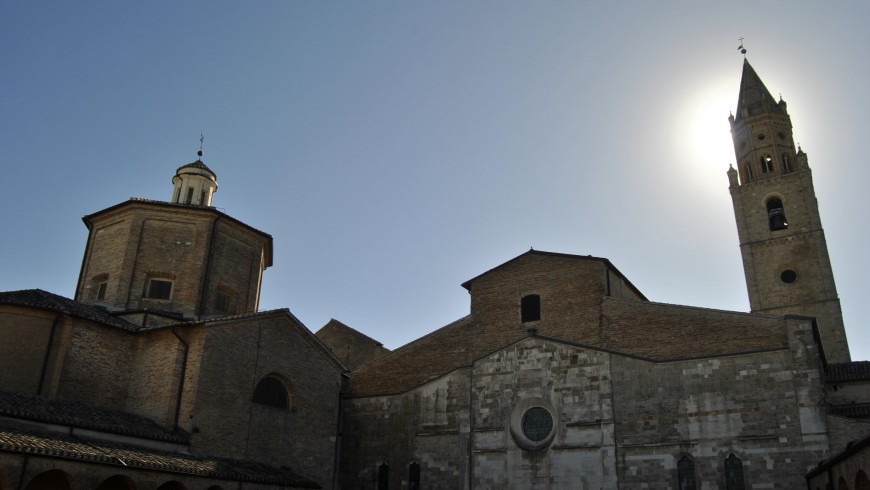 The village of Atri, pic by Julia Agra via Flickr.

5 experiences not to miss in the Reserve

1 – The Lands of Cerrano

Visit the four municipalities adjacent to the Reserve, known as “Terre del Cerrano“: Atri, Pineto, Roseto degli Abruzzi and Silvi. They enclose all the biodiversity we have talked about (plus the sea), and a centuries-old historical and cultural heritage. 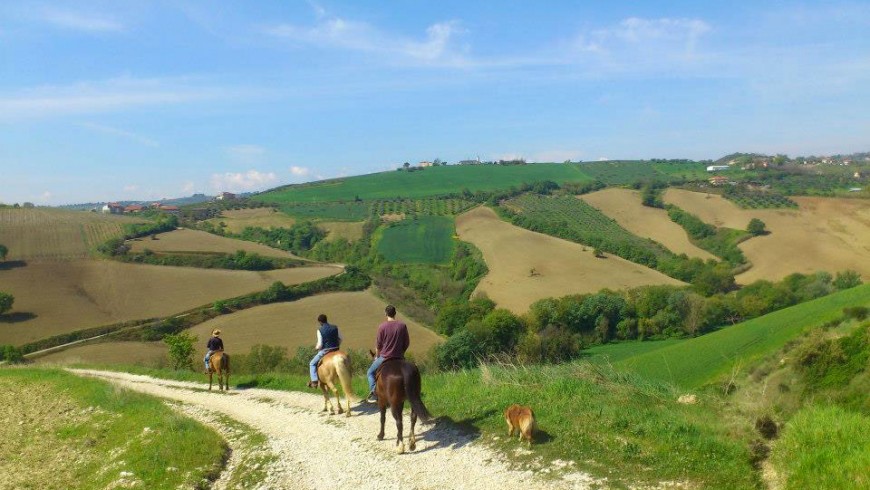 The Reserve is crossed for over 28 km by the ciclo-ippo-via, a route that can be explored on horseback or by mountain-bike. It is the best way to fully explore the Natural Park, discovering its flora and fauna. Enjoy also the magnificent panorama over the Piomba Valley, over the surrounding hills and mountain ranges, while for many km you are protected from the Calanchi to the right and to the left.

The activity of small agri-food producers has always been at the centre of the tourism concept of the Reserve. Moving on foot or by e-bike on the Calanchi, you can participate in various agricultural activities: stroll through the vineyards, learn to make ricotta and cheese, enjoy wines and locally sourced products, or even take a course in pruning.

A project born in 2012, interrupted for some time but active again from this year. It is organized by the Reserve in collaboration with the “Culturà” association and the municipality of Atri. The first dates were sold out. The route leads to the discovery of the basement of the palace that belonged to the Duchi Acquaviva, now the town hall, and to the Roman tanks of the Cathedral of Santa Maria Assunta, transformed over the centuries into a crypt for the souls of Atrian nobles and religious. 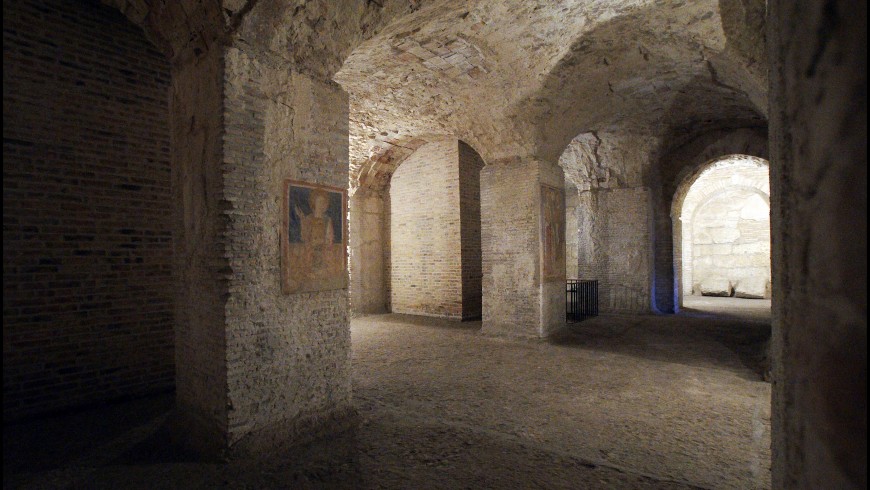 Visiting the “Calanchi di Atri” Nature Reserve is simple: free access, no tickets. Guided tours can be booked and the paths have different lengths and degrees of difficulty, depending on the attitudes of each one. Don’t miss an experience of sustainable tourism in a rare and rich context like that of the Calanchi, in Abruzzo, further proof of the beauty of our territories. 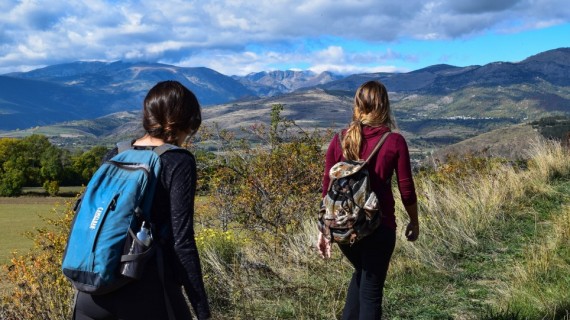 We’re living in a wonderful world and it’s all thanks to Mother Nature. Without nature we couldn’t do anything, not even the advanced technology from nowadays. Unfortunately, we – the humans – don’t know how to appreciate it properly.  The pollution, plastic waste, and toxins are killing Mother Nature slowly while all she does is […] 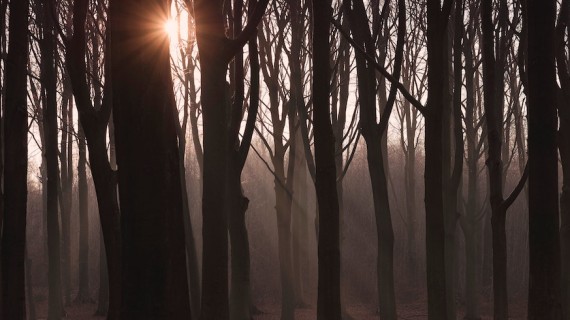 A tree for 365 days: a natural show in Abruzzo (Italy)

A camera that for 365 days has shot a tree in one of the beechwoods of the National Park of Abruzzo, Lazio and Molise, which are the oldest in Europe. A tale made of images and sounds, through the seasons and the wildlife that revolves around this tree. It is part of Forestbeat, an innovative project […] 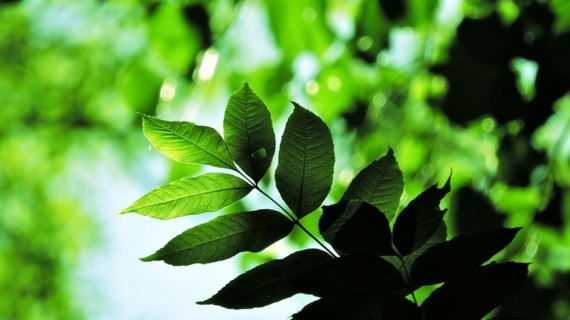 Responsible travel: what are the greenest countries in the world?

When it comes to travelling responsibly, there are many different factors to consider. Firstly, think about your mode of transport. Is this the most earth-friendly way to travel? Are there alternatives which could reduce your carbon or print?. Secondly, consider the sort of holiday or travel experience you want. Are you looking for green hotel […]