The bioluminescence is pure magic that transforms the sea into a starry sky. A surprising natural show in which the scenography is the limit of the real world. But how is it possible? Discover it here with us.

There are beaches in the world where the sea magically light up during the night. This phenomena, apparently mysterious, is called bioluminescence. It is possible thanks to the presence of fishes, seaweeds and other microscopic aquatic organism producing light starting from particular chemical reactions. A unique spectacle transforming the sea into an intense clear and bright color, as there were a myriad of fireflies. 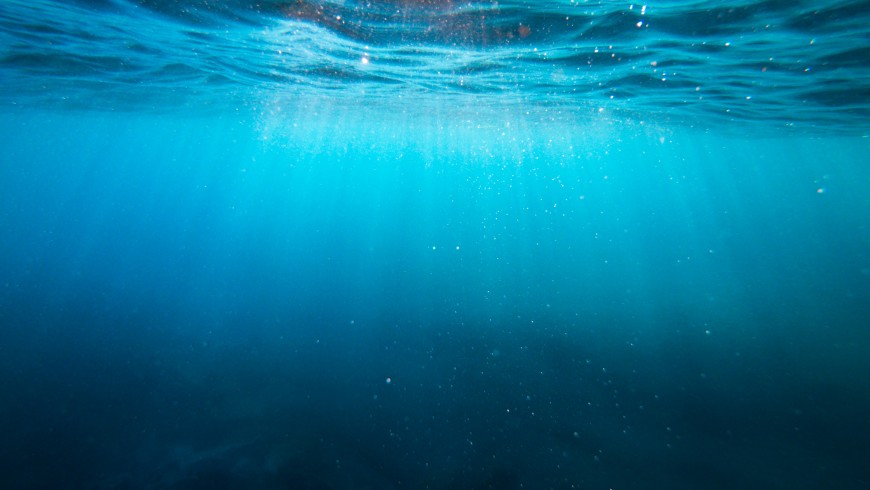 Picture of Cristian Palmer on Unsplash

The mystery has been revealed, but the charme of this extraordinary phenomena remains irresistible. Now it’s time to pack and leave to discover the 5 wonderful places where the sea shines in the night!

The summertime in Taiwan, in particular at the Matsu (or Mazu) island is one of the most romantic and fascinating to experience. In this little archipelago of 19 islands, the water embraces the nocturnal beaches wearing bright blue tears. This prodigious phenomena, known with the name of “Blue Tears”, is due to the presence of a seaweed that is lightning the sea with its warm and intense colors.

The so called incandescent tides of San Diego are so fascinating to attract several nocturnal visitors. A rare, fleeing and suggestive spectacle. Immortalize this phenomena with a picture is equal to take a picture of a lightning in a clear sky. 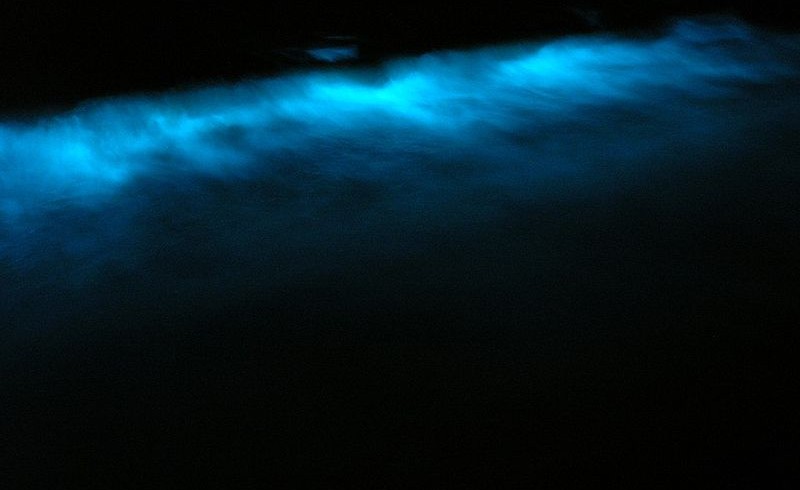 Bioluminescence in the sea of San Diego, California – picture of Jed via wikimedia

At Navarre Beach, in Florida, during the night the water of the coasts brighting thanks to the fishes and some microorganisms. Their glare confused in the sea with the one of the moon. Here, the phenomena assumes some extraordinary implications, especially if in this moment you are in the water or on a canoe. In fact, the wake leaved by the boat light up to an intense blue light, creating a magical atmosphere. 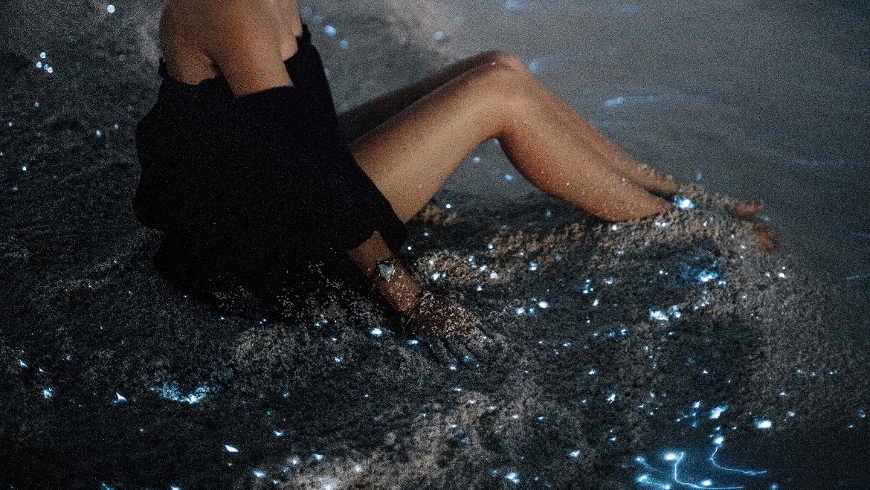 Bioluminescence on the sand – picture of Kevin Wolf via Unsplash

Porco Rico is famous for its richness of incredible natural attractions, such as the Bahia Bioluminescente. Here, with every wave the aquatic microorganisms donate to the visitors an unreal atmosphere but strongly pleasant. Unfortunately, due to the sea pollution, this natural magic is slowly disappearing.

The sand as the sky at Reethi Beach, Maldive 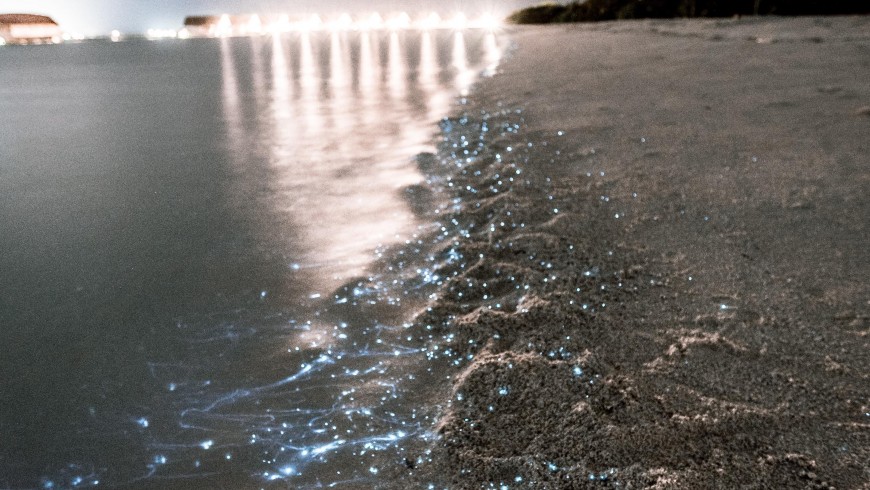 The bioluminescence phenomena at Reethi Beach is probably the most photographed in the world. An indescribable landscape, guaranteed by the presence of the dinoflagellates, particular unicellular microorganisms with distinguishable outlines.

The nature is always ready to surprise us! The sea bioluminescence is a unique phenomena that sublimates the wonder of everyone who has admired it. If you have already experience this spectacle then share it with us! Discover the treasure of the nature is what we like the most.

A holiday under the stars in Italy

10 green destinations to admire the foliage in Italy

5 Most Romantic getaways in Italy