Reality and fantasy get together in these amazing italian villages. You can reach them only on foot, taking the distance from the reality and discovering green and breathtaking beauties. Let’s go together to discover some of the most attractive treasures of Italy, that you can visit only on foot.

1. To the edge of the amalfitan coast. Furore, Salerno 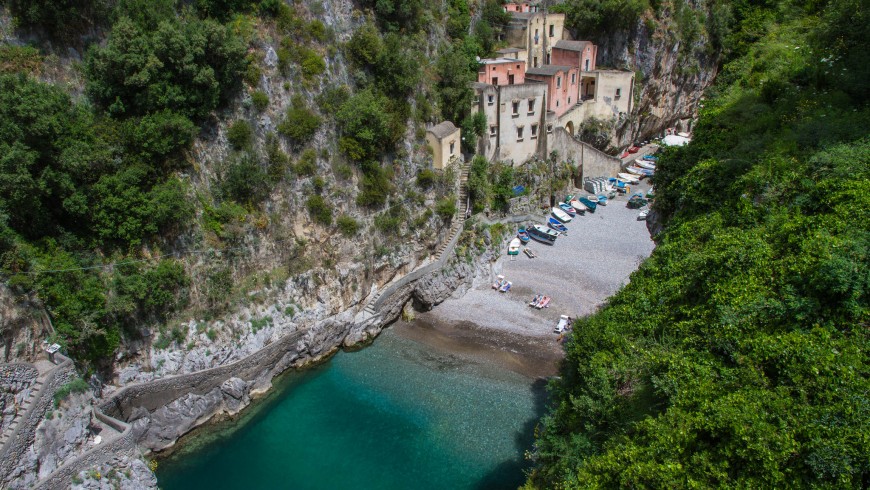 The old village of fishermans is composed of a group of houses grabbed close to one of the walls of the fjord, to wich you can go through a serie of ladders and tangled streets. Very singular is the “en plain air” art gallery composed of hundred author’s wall, tags and scultures that makes Furore a paintful place that shows itself in this poethic way. 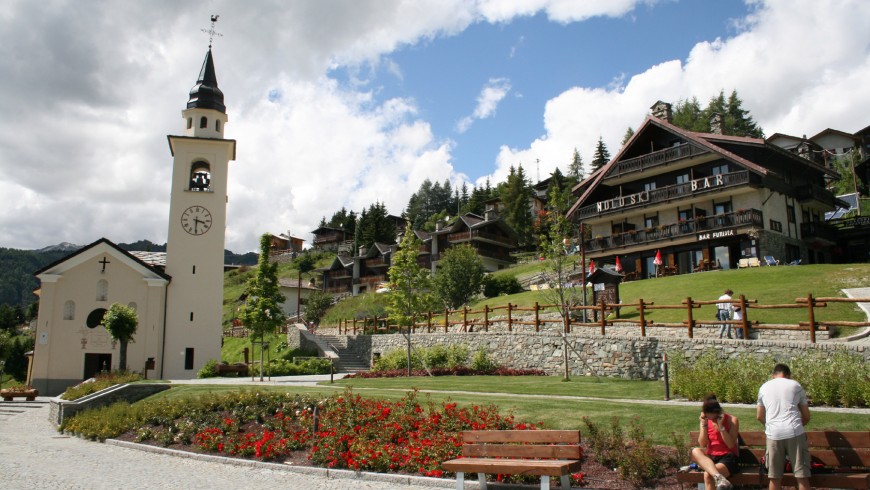 If you are mountain lovers and if you want to pass a holiday or simply go out for a trip, in the untained nature Chamois is the perfect location. There you can go on foot or with the cable car. Once you’re arrived  around Buisson, the cable car will bring you at 1836 m.h, on a terrace not visible from the bottom, on wich there’s the village.  It’s seems to stay in another world, like a untained paradise: you won’t see cars but only people that take a walk or ski during the winter. And if you may think you’ll get bored, here in addiction to the walks in the woods you can mountain biking, paraglinding and or hand glinding.

3. On a spur of tuff. Civita di Bagnoregio, Viterbo 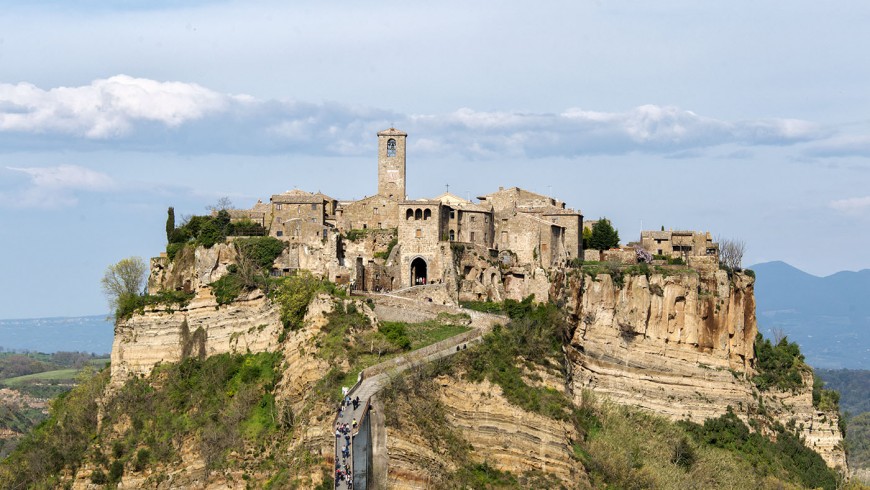 If, otherwise, you are looking for a pictoresque village rich of history, you can visit Civita di Bagnoregio, in Viterbo province, Latio. It’s one of the most beautiful italian villages. If in Chamois live about 100 people, in Civita di Bagnoregio there are more or less 6 abitants. The village is reachable only by crossing a suggestive footbridge builded in 1965. The progressive erosion of the hill and of the valley has shaped the “calanchi” (badlands) and it goes on nowadays riscking to make disappear the entire fraction, called for this reason the town that is dying. Recently many people have signed a petition so that Civita became “Unesco Patrimony”. 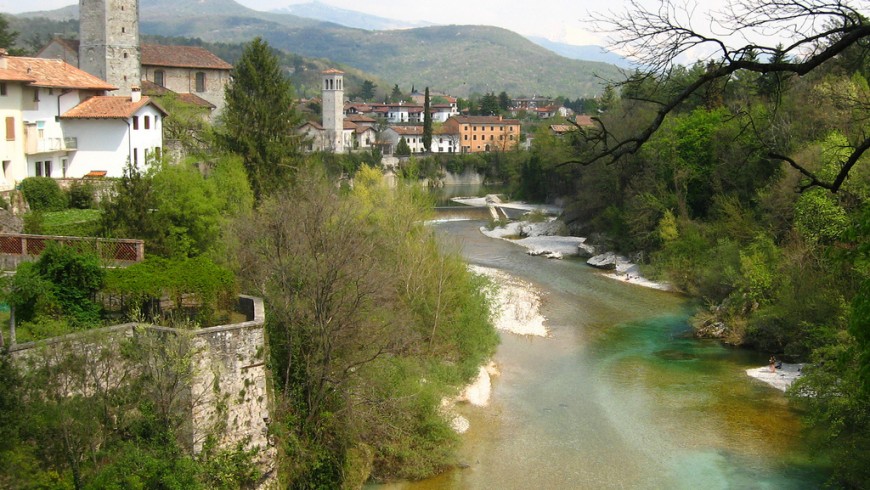 Another village not to miss in Italy is Cividale. This place has been foundated by Julius Cesar. The longobardic area around the town has been declared Unesco Heritage Site. The most famous attraction of Cividale is the Devil’s Bridge, one of the most famous bridges of Italy. The legend tells that inhabitants had called the devil to build a long bridge in a such critical place. The price? The soul of the first “passenger”.

5. A medieval casket on the edge of the sea. Castelsardo, Sardinia 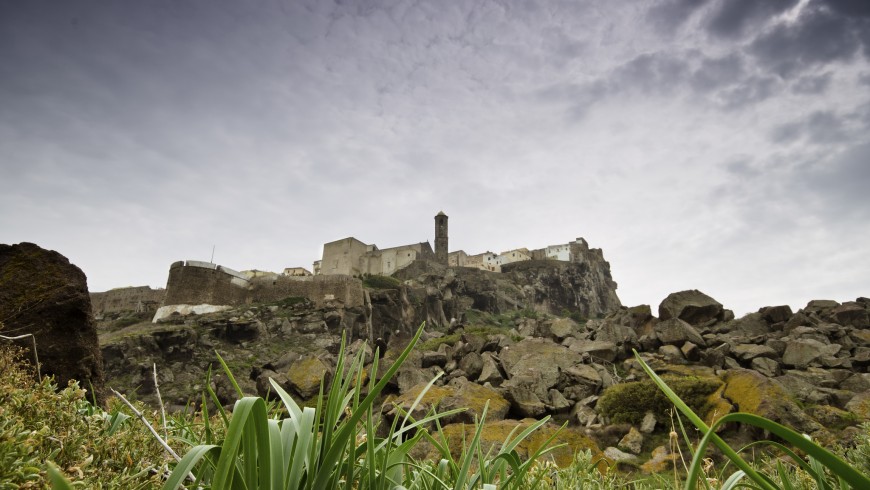 CastelSardo, Sardinia, ph. by the very honest man, via flickr

If, otherwise, as well as being good walkers you also have the passion for boats, immersions and you would like to be pampered by whe sea wind you have to visit the fascinating Castelsardo. This marvel of Nature  is on the Asinara Gulf whose medieval castle is perfectly preserved. And, among the small streets and the steep ladders you can reach the top of the headland, where there is the Doria’s Castle. The hamlet hosts the Cathedran and the curch of Saint Mary with the famous Black Christ. 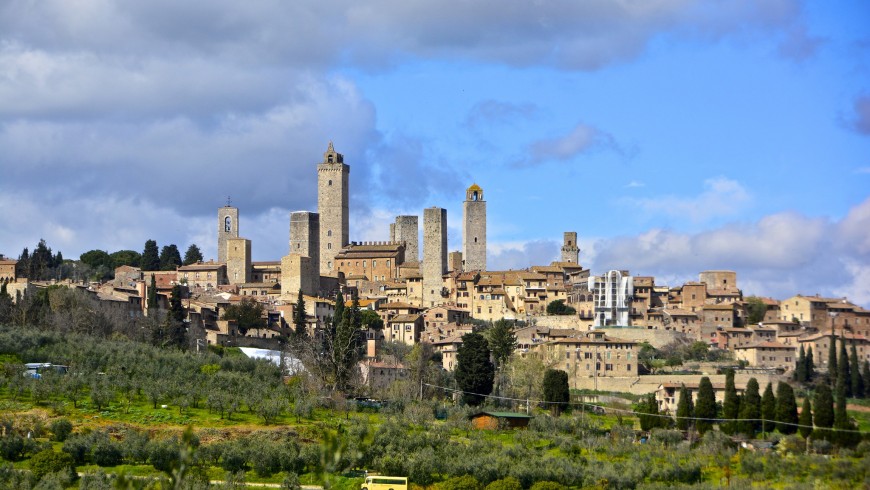 This trip among the most beautiful villages in Italy ends in San Gimignano, a little medieval village in Tuscany, within Siena and Florence. Located on a top of the hill, it offers many things to see. The city is very old (X century), wrapped in walls and towers. Inside the life runs peacefully. There are many handcrafted shops. Within the towers of San Gimignano the most important is Torre Rognosa, also known as the Clock Towers (or Tower of the Podest) that with its 52 m.h is the second highest tower and well preserved of San Gimingnano. From the point of view of the enogastronomy the place is famous for its Vernaccia di San Gimignano, a prestigious white wine, and for its safron, a POD prouct coltivated since the Middle Age.

Don’t you feel like visiting them? What are you waiting for? Reach them and enjoy this fantastic car-free adventure!

10 best places to visit in Italy